Leaving Tracks in Time and Space

The bizarre notion that time passes more quickly when a person reaches a certain age once seemed to me an opinion held only by older generations and wasn’t a concept I could easily grasp … then.  As I look back on the decades of my own life, now I get it. 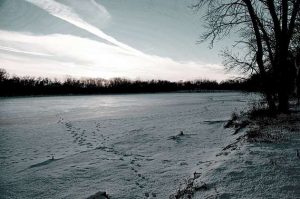 Perhaps it takes exposure to other cultures to adopt a broader worldview or a different outlook on dimensions of both time and space. In my case,

The bizarre notion that time passes more quickly when a person reaches a certain age once seemed to me an opinion held only by older generations and wasn’t a concept I could easily grasp … then.  As I look back on the decades of my own life, now I get it.

Perhaps it takes exposure to other cultures to adopt a broader worldview or a different outlook on dimensions of both time and space. In my case, this exposure has been a discovery of my own Ojibwe heritage, and exploring this cultural perspective has helped me better apprehend how human and nonhuman worlds coexist. Historically, those relationships played a more direct role in human life, as the basis of physical and spiritual needs and survival. In today’s world, whether in the Northwoods of Wisconsin or a fast-paced city landscape, the threads to earlier connections are still there and accessible. An exercise in which I happily indulge is pushing traffic and urban sounds into the white noise category and allowing nature’s movement to fill my consciousness.

For many generations, the traditional manner of passing on community history and teaching life lessons was through storytelling, often with an animal or nonhuman as a main character. An Ojibwe story typically begins: “It is said that . . . “ with no reference to a definite time; i.e., by eliminating a specific date, the event itself becomes the significant focus of the message. This method allows the listener to apply the narrative to his or her current day-to-day life, thus creating a timeline that spans generations simultaneously. With all due respect to my early teachers and professors, perhaps less emphasis on the “before this & after that” chronological aspect of world events and history (and the attendant memorization efforts) would have generated a more natural perception of where humans fit in the big picture.

Listening to Ojibwe (and other Native peoples’) stories began a process for me of rethinking the concept of time, and it was an inevitable progression that I also reevaluate my ideas of space. I have been told by trusted elders that each of us leaves our tracks in this life. As explained to me, an awareness of that fact and how experiences with other beings intersect or travel together help define our role in the continuum of existence. When presented with a multitude of choices, the path we choose, both literally and figuratively, retains a trace and those tracks serve to guide us back to certain locations. 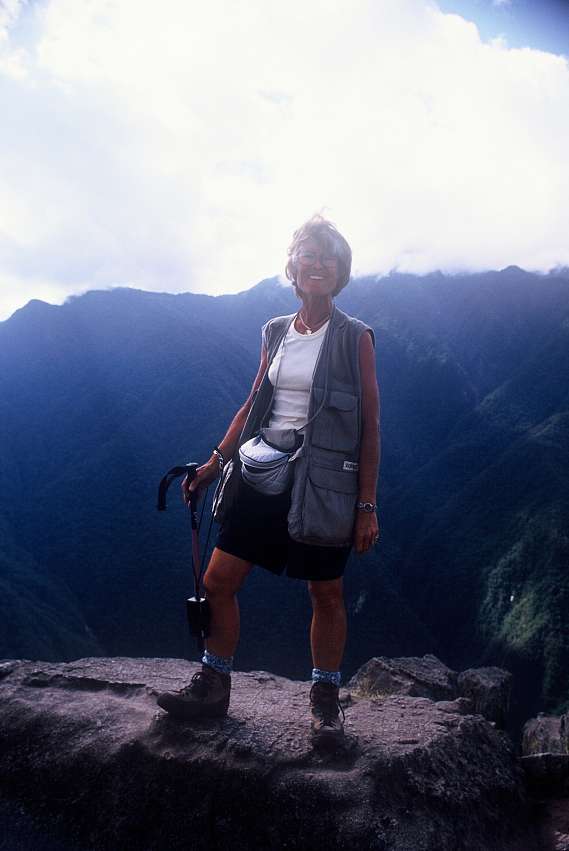 With that in mind, when I took a hiking trip to Machu Picchu several years ago, I made the difficult climb of Huayna Picchu solely to walk in the same carved out steps that the ancient spiritual leaders used to conduct ceremonies. Sharing that space, even centuries later, created a calm unlike anything I had felt before and bent the traditional linear past-present-future idea of time.

Another event that furthered my understanding of shared time-spaces occurred when my niece, Sophie, first visited me in Wisconsin during powwow with her daughter who was not yet two years old and just beginning to walk by herself. In order to fully experience powwow, I encouraged Sophie to join me in the dance circle. It was a natural gesture for her to carry her young daughter, so we were both shocked when an elder man ran into the circle scolding us and warning her to take the child out of the circle. In the Ojibwe tradition, the arena is a powerful, sacred space made up of three circles: the drum, the singers, and the dancers.  It is important to leave one’s own tracks within the circle as a way to connect to the earth, but when a child is carried, she loses the attachment and can be at risk.  We learned that the man who scolded us was acting to protect the child.

Though I share these experiences from Peru and the Wisconsin powwow as examples, I’m also convinced that we don’t need to leave the state or the country to tap into the positive energies that thrive in Chicago (or any other city). Those of us who live in Chicago generally have access to parks, the lakefront, and backyards—all of which bring nature’s creatures into our immediate worlds. Personally, each surprise sighting of a great blue heron along the North Shore Channel, red fox family or deer in the cemetery, or Cooper’s hawks in the forest preserve serves as a reminder to me that there are many levels of earlier tracks giving our urban environment its historical footings. 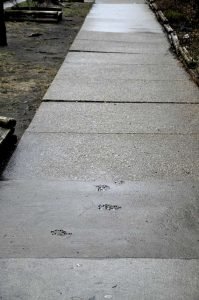 I am grateful to elder friends for teaching me to be mindful of those that have gone before. And who hasn’t felt the need to return to familiar places time after time to refresh one’s sense of place? Given the vitality of Chicago and its ability to engage all our senses most of the time, I find it is worth the effort to step out and try to tap into these multiple ways of experiencing the city, allowing my tracks to mingle with the tracks of others who share this space.

Jerry Mander, In the Absence of the Sacred: The Failure of Technology and the Survival of the Indian Nations (Sierra Club Books, 1991).