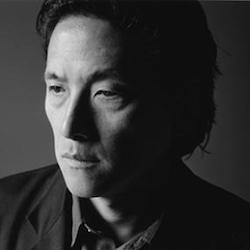 Li-Young Lee was born in 1957 in Jakarta, Indonesia, to Chinese parents. His father had been a personal physician to Mao Zedong while in China, and relocated the family to Indonesia, where he helped found Gamaliel University. In 1959, the Lee family fled the country to escape anti-Chinese sentiment and after a five-year trek through Hong Kong, Macau, and Japan, they settled in the United States in 1964.

His other work includes Breaking the Alabaster Jar: Conversations with Li-Young Lee (Edited by Earl G. Ingersoll, BOA Editions, 2006), a collection of twelve interviews with Lee at various stages of his artistic development; and The Winged Seed: A Remembrance (Simon and Schuster, 1995), a memoir which received an American Book Award from the Before Columbus Foundation.

With regard to Lee’s work, the poet Gerald Stern has noted that “what characterizes [his] poetry is a certain humility… a willingness to let the sublime enter his field of concentration and take over, a devotion to language, a belief in its holiness.”

He has been the recipient of a Fellowship from the Academy of American Poets, a Lannan Literary Award, a Whiting Writer’s Award, the PEN Oakland/Josephine Miles Award, the I. B. Lavan Award, three Pushcart Prizes, and grants from the Illinois Arts Council, the Commonwealth of Pennsylvania, the Pennsylvania Council on the Arts, and the National Endowment for the Arts, as well as a Guggenheim Foundation fellowship. In 1998, he received the honorary degree of Doctor of Humane Letters from State University of New York at Brockport.

He lives in Chicago, Illinois, with his wife, Donna, and their two sons.