Life between the Buildings 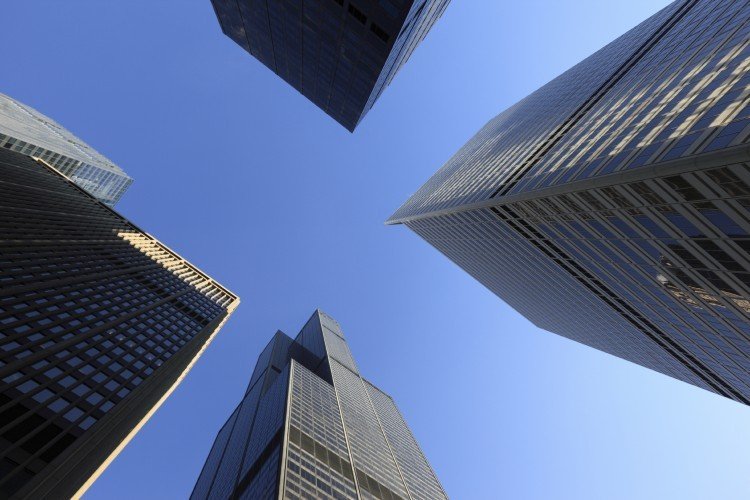 One morning in October, as I set out on my West Loop bird monitoring route, a man, approaching the intersection where I stood, called out to me: “Any birds yet today?”

Regulars in the loop have learned to recognize the “bird people” by the net handles poking out of our bags and our bright green badges.

Within my first five minutes on the street I’d come across a dead thrush.

“Oh yeah?” he replied. I considered our exchange concluded and was about to walk on, wishing him a nice day, when he continued, “Last week I called about a yellow rail.”

“Oh gosh!” I said, feeling that pang of city-girl guilt pull at my chest. Growing up in and around this town, I own as much of the danger as delight that characterizes my “sweet” home. But, on my mornings bird monitoring in the Loop, I find the guilt is more palpable than the pride.

His face glowed as he recounted the memory of rescuing this beautiful bird. The traffic light turned and, driven by the stampede of morning commuters, he began to cross Wacker Drive. Halfway thru the intersection he turned back to shout “Good luck today!”

I felt the guilt subside and smiled. A yellow rail. “Wow,” I couldn’t help saying aloud.

As any avid birder will attest, the yellow rail is one of the more elusive North American species. Birders attempt their own migrations at the prospect of adding a rail to their life list. Rails are aptly described as “phantoms of the marsh.” Yet, during migration, their habitat extends to encompass the landscape lining the Mississippi flyway—a habitat that includes the streets of Chicago. 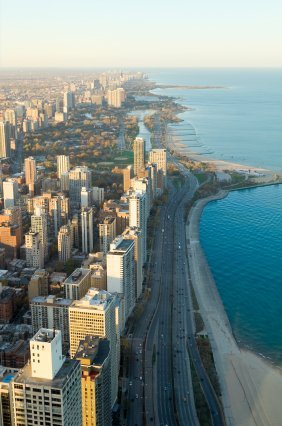 For rails, and other wildlife entering the city, it’s a unique habitat, perhaps a harsh and disorienting one, but an extension of their environment, nonetheless. The concept of an “urban environment” might seem surreal. As a word, “urban” conjures up images of steel, glass, and channels of concrete. In contrast, “environment” is a word tied to the idea of life and, in its most popular usage, evokes the natural. (Environmental science: a branch of biology [the study of life]; environmental history: a chronicle of human interaction with the natural world; environmental protection: concerned with the conservation of natural resources; the environmental movement: activism addressing harmful human impacts on the biophysical environment.) Often, we experience cities as so foreign from the natural that the term “urban environment” seems paradoxical. But the urban environment is not merely a set of words attempting to cope with how a human-shaped-and-built region fits onto the topographical plane. The urban environment is a real (though struggling) habitat.

Chicago has been characterized as the City in a Garden (Urbs in Horto). In fact, it is the city motto. But walk a half-mile in any direction and you’re likely to discover gardens in this city. These greenspaces harbor visiting wildlife like oases set into concrete. However, for migratory birds, patches of green that may look appealing are problematic. As migratory species seek these oases, they encounter reflective walls and wide windows that represent danger, often death.

Without living landscapes within the Loop, migratory birds wouldn’t have reason to venture in. In fact, if we continued to build until nothing but concrete remained in the city, bird collisions might one day be a non-issue. But is the vision of a completely constructed urban environment realistic?

Mies van der Rhoe, legendary twentieth-century designer and the creative force behind several of Chicago’s most slick (and bird-dangerous) buildings said, “Architecture is the will of an epoch translated into space.” If this is true, the architecture of the twenty-first century speaks of an epoch concerned with human impact upon the earth. The development of the LEED (Leadership in Energy and Environmental Design) Standards for buildings, as well as movements such as Biophilic Design signal this will to “be green.” Even these alternative ways of conceiving the built environment emphasize design elements with very specific outcomes for human beings. LEED Buildings, while energy efficient and innovative, are not necessarily better for migratory birds than the designs of van der Rhoe’s era. (Though there are signs that the standards are changing. Last year, LEED initiated a pilot credit for bird safe design.) While ideas of greenness abound, the city remains (mostly) segregated from and (often) hostile to many species.

How do we move from a city contained by habitat to a city conceived as habitat? That is the challenge before us—a task too important for architects, engineers, planners and politicians alone. This is our habitat, the set of conditions that surround our lives: the urban environment. This is also the habitat of millions of other living beings, from squirrels and coyotes to the common mite and the yellow rail. Consider the city biotic.

If anyone questions this biotic exuberance, direct your doubts to the plaza between 100 and 150 S. Wacker on an early morning during migration season. Take a moment to step off the street, away from the march of the morning commuters and you will witness a serene celebration—as only birds can express—of life, between the buildings.