Life Listing the Exotic in Miami 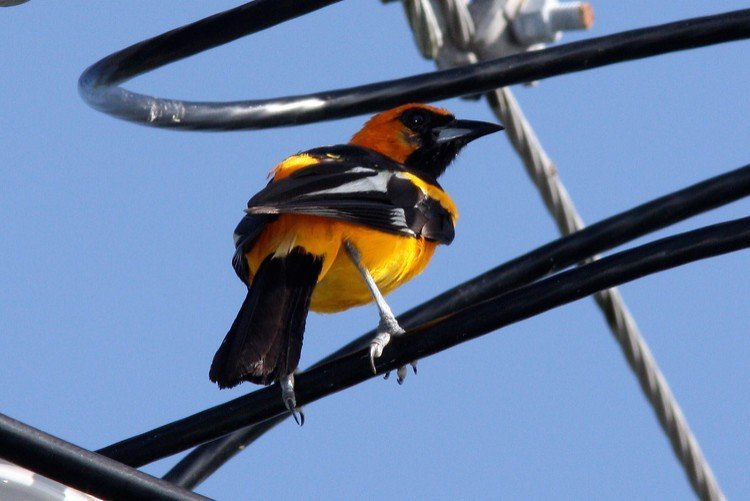 Numbers matter, even when you pretend like they don’t.

At some point you will start to quantify your hobby. For birders, this type of numerical attention is hard to avoid because the American Birding Association (ABA) keeps a list of birds observed in the continental United States and Canada, as well as a ranking of personal lists. This April, I was approaching the milestone of 600 birds counted in the regions covered by the ABA area. My good buddy had a flight voucher to use and a little money to spend. The choice was obvious: South Florida.

Most of the regions in the United States have only three or four countable introduced species, starting with the Unholy Trio: rock pigeon, house sparrow, and Eurasian starling. The ABA does include introduced birds as part of their list if a viable breeding population is determined to be established. Florida—a hub for wildlife importation and frequent victim of aviary-destroying hurricanes that release captive exotics—is home to the highest number of these now-established species, most of which are clustered around Miami. 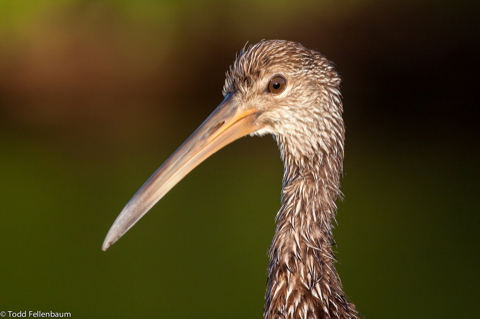 South Florida has only four regularly occurring breeding birds that I needed for my life list: limpkin, mangrove cuckoo, black-whiskered vireo, and short-tailed hawk. I’ve seen many limpkin and short-tailed hawk in Belize and Brazil but not in the ABA area. Unfortunately for me, April was a bad time of year to spot all of these birds. I needed four birds to get to 600, but I couldn’t count on the native birds.

My travel buddy, Mike, was tied up the first day of the trip, so I looked into options for urban exploration. I don’t like to drive, and I decided to hire a local guide with a vehicle. I planned on taking an open-top double-decker bus around Miami after Mike arrived. One destination that was firmly on my agenda was a visit the Dolphin Mall, which I knew had purple swamphens nesting in its retention ponds.

I contacted Wes Biggs, a legendary South Florida guide. We ended up hitting it off so well on the phone that he offered me a price for two days that was too good to pass up. I decided to ditch the open bus strategy.

Much of the Miami area is populated by gated communities, and many of the reports for my target birds would have been inaccessible, but Wes knew where the accessible locations were. Almost immediately after picking me up from the airport, Wes showed me common mynas (#597) nesting in a traffic light. 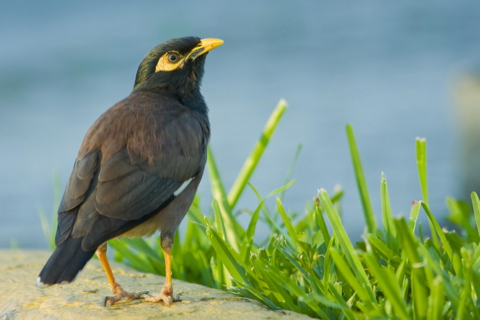 We walked to a nearby mall where white-winged parakeets (#598) were nesting in palms in the courtyard. He then took me to Baptist Hospital where we struck out finding target birds but saw several introduced species (though they didn’t count yet on the ABA lists because their populations haven’t been studied well enough to be determined viable). We succeeded in spotting eight purple swamphens (#599) at the Dolphin Mall. There are two subspecies of swamphen in Florida and it is speculated the one subspecies originated with aviculturists in Broward County and the other from eight birds known to have escaped the “Wings of Asia” exhibit in Miami Metro Zoo in 1992. 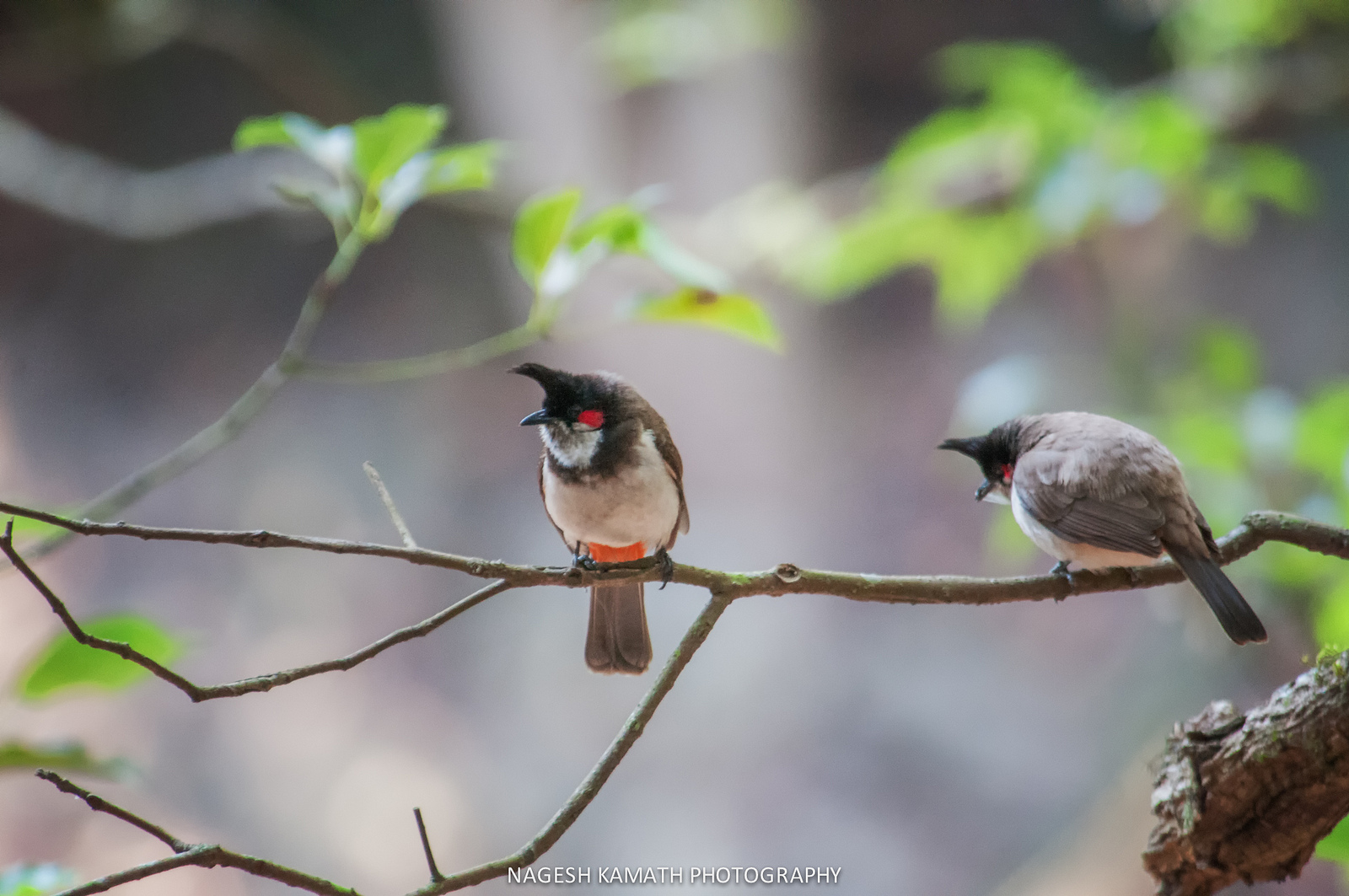 After lunch, Wes found a pair of red-whiskered bulbuls on a wire in a neighborhood in Kendell. I remembered reading about red-whiskered bulbuls in my old Peterson’s field guide and had seen them in their native Thailand on tour with my band, but these counted for the ABA list: #600! It might be an arbitrary number, but it felt great to reach it.

Next, we drove up to West Palm Beach to visit two sewage treatment facilities with manmade wetlands. Wadohatchee had many species of heron and egrets, anhinga, and wood stork nesting right next to the boardwalks. Alligators and introduced green iguanas were everywhere. We spotted some Egyptian geese (#601) along one of the canals. This is a very common bird in aviculture and has probably escaped from captivity multiple times. We went to the nearby Green Cay Wetlands and Nature Center where I tracked down a limpkin (#602) by its trumpet-like wail. 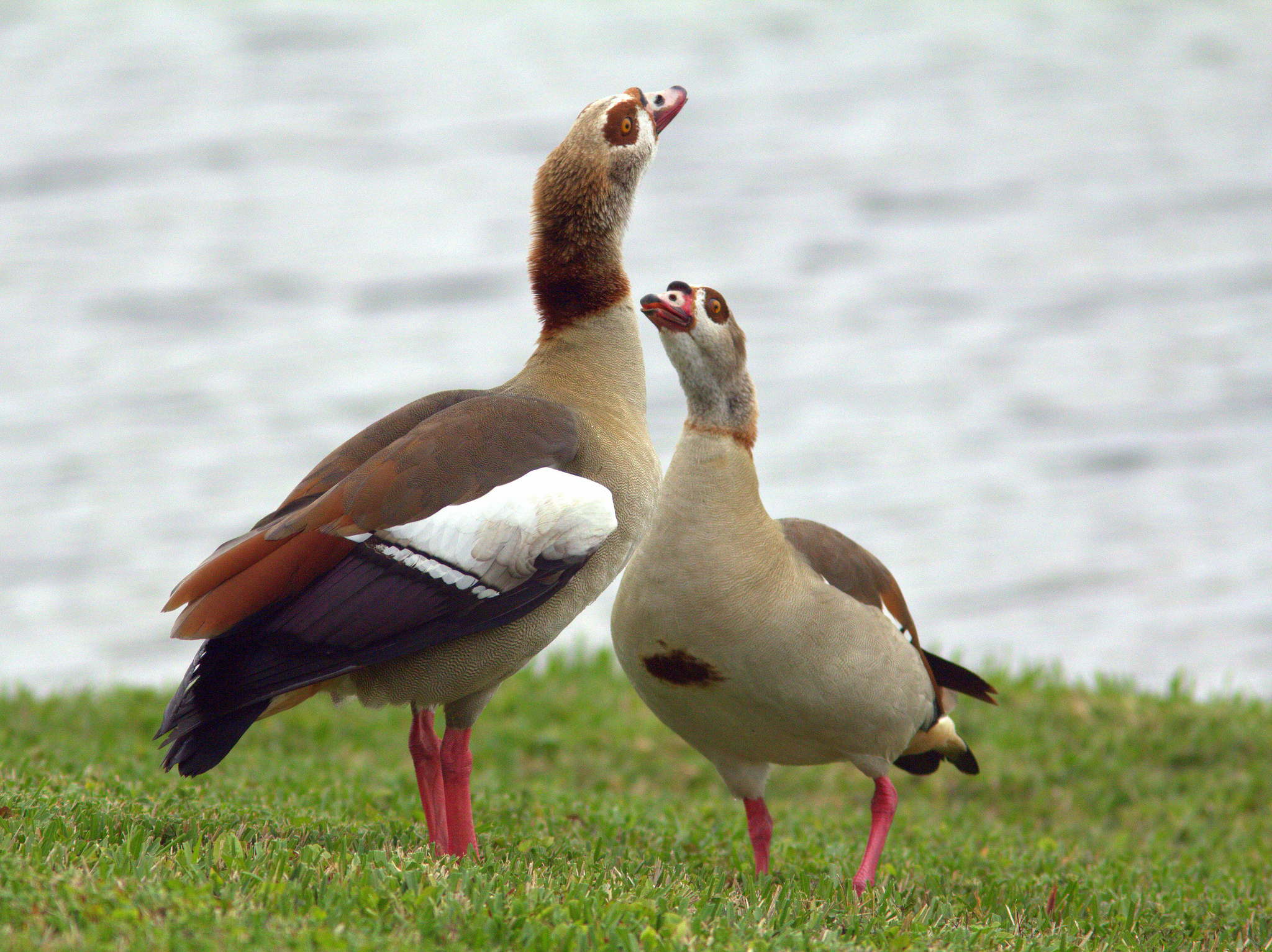 Mike came in Saturday night and we spent Sunday in the Everglades and Monday in the Keys. On Long Pine Key, I got my black-whiskered vireo (#603). I later spied the native mangrove cuckoo. Mike missed a white-crowned pigeon because he was on the phone. I did find him a very cooperative reddish egret, which was a lifer for me. Even in the Keys, the birding we were doing felt urban, given how prevalent the built environment is. An egret we saw, for example, was in a limestone sinkhole lagoon surrounded by housing developments. 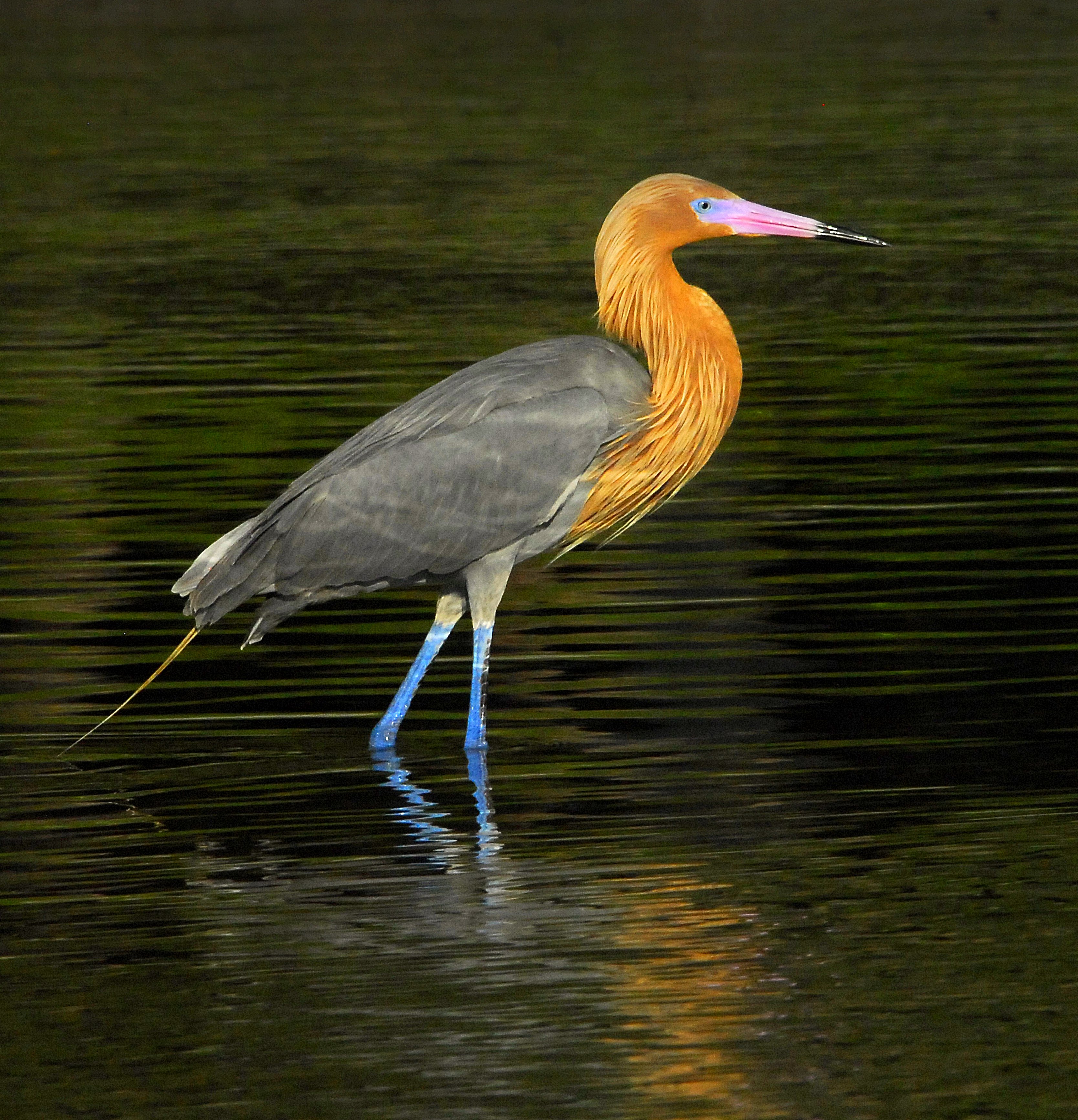 On Tuesday, Wes and I visited several spots in Miami looking for a short-tailed hawk. These hawks are an endangered species whose numbers are increasing in urban areas, apparently thanks to the easy-to-catch Eurasian collared doves. We struck out on the hawks as well as the mangrove cuckoo (again), which we looked for in a marina. We did hear a spot-breasted oriole (#604) singing from the top of a Norfolk Island Pine in a residential neighborhood in Miami. Though the spot-breasted oriole was first reported in 1949, Wes said it is rumored that a more recent introduction might account for their presence; in this case, a pet store released their orioles ahead of a pending inspection. A Muscovy duck brought my count to 605. Wes also took me to see a Caribbean subspecies of cave swallow under a Miami bridge on the way to the airport. 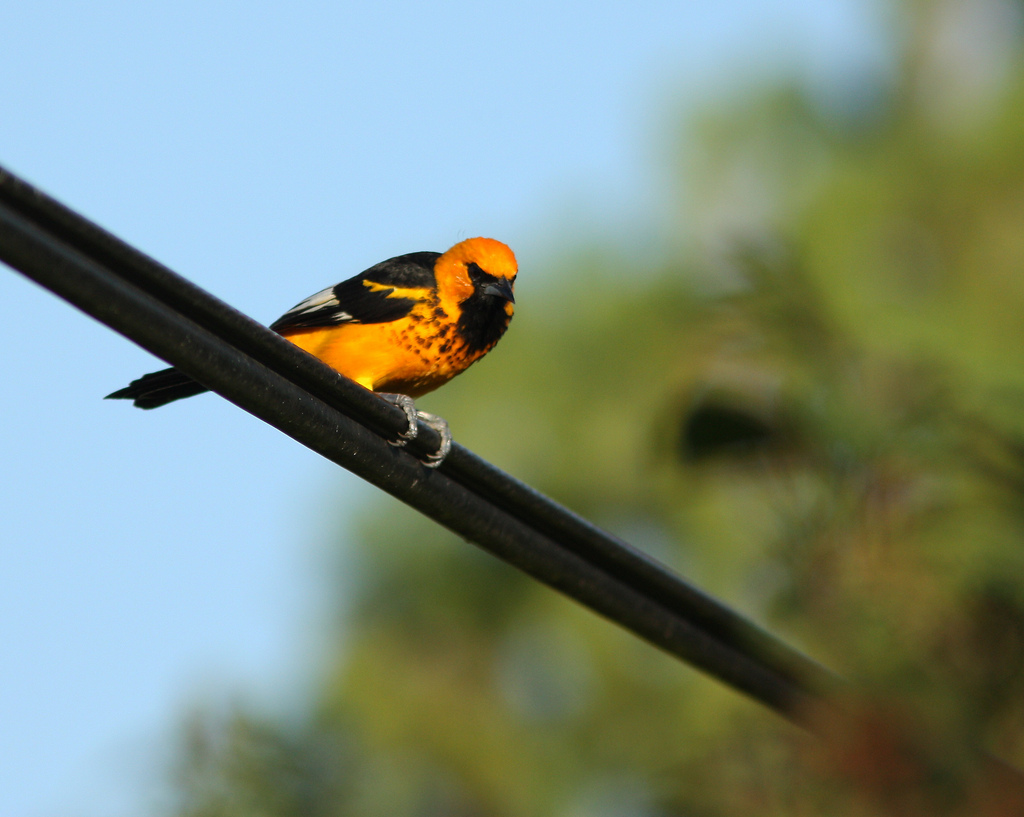 Of the nine birds that I added to my ABA list on this trip, only two were native. All but one was discovered in an urban environment, including one native. In the past, I only begrudgingly added introduced species to my list. Purple swamphens and Egyptian geese are known to be expanding into non-urban wetlands, but, otherwise, the introduced species seem to be creatures of our novel urban ecosystems.

Life listing can be a way of structuring personal goals. It turns interactions with wild birds into memorable milestones. It adds some sport to the experience of nature. Not all our avian neighbors are native, and I’ve discovered that lifelisting provides a way to enjoy them. My list now includes over 600 bird species, but I get the feeling I may just be getting started.