Listening to the Spirit of Water 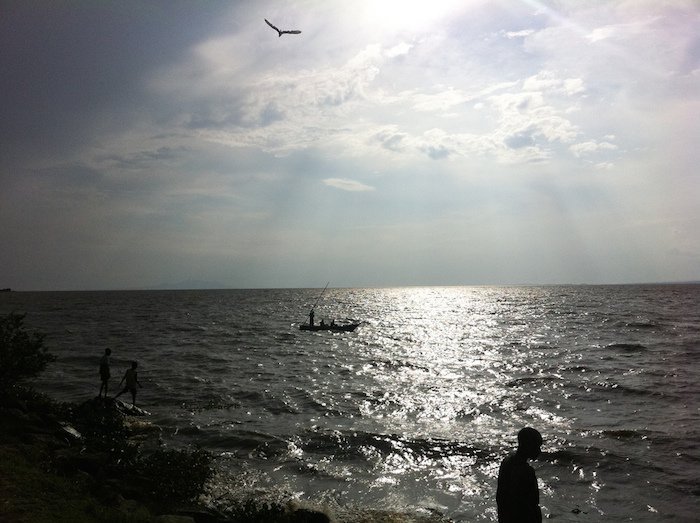 Water is one of the mysterious gifts of nature that supports and holds life on earth. Many indigenous communities knew the values of water a long time ago and to them water was considered to be the source of life. On the surface water can be seen as food, a means of transport, a ground for recreation or an element for cleansing, purification, and initiation in cultural ceremonies. But a deeper analysis into the values of water reveal that water is a sacred being that holds life on earth; a seed in the soil does not germinate until it receives water, which demonstrates that it is the spirit of water that ingnites the production of life.

In the past, water attracted the formation of commercial cities and towns along the lakes and coasts. Water transport facilitated the exploration of the world. In Africa, people recognized and respected bodies of water as their source of spirituality. For example, Lake Victoria—before it was named so by British officer John Hanning Speke—was called Nalubaale, which literally means the home of spirituality. Bodies of water were owned and protected by commmunities, and people worshiped the spirit of water freely. All activities relating to water were conducted in accordance with peoples’ customs and cultural beliefs.

The introduction of western civilization to Africa changed native peoples’ attitudes and rights to water as a natural resource. The sacred relationship between people and water ended with the new political governance. Water became a commodity to be taxed. Commercial fishing was introduced. Corporations were established to process and supply fresh water for payment. Western religious teachings demonized native cultural practices and hence the indigenous attitude and moral responsibility toward water as a sacred being gradually changed. Religious teachings associated cultural beliefs and practices with satan and primitivity. In reaction, many native people adopted a new religion, language, and lifestyle.

From a spiritual perspective, through the spiritual networks, planet earth is seen as an irregular ball immersed in water. If the sacred gift of earth is life, then water is the custodian of life. Nearlly all living beings contain large amounts of water in their bodies; water facilitates their functions. Atmospheric space, too, consists of elements of water in vapor or in gaseous form. Therefore, water is the reconnecting element between our materialistic life and the spiritual world. Man cannot be a co-creator without adherence to the fundamental phenomenon of nature, and water is a major element to study and carefully handle. The spirits of life travel through all living organisms depositing active materials that consequently give individuals life along with the sacredness and potential it holds. All these activities are facilitated by the presence of water. A huge body of water connects Africa to America and through the conventional systems, water connects mountains with valleys, plants with animals, by sharing products or byproducts essential to each. Hence, water facilitates the natural phenomenon of interdependence. 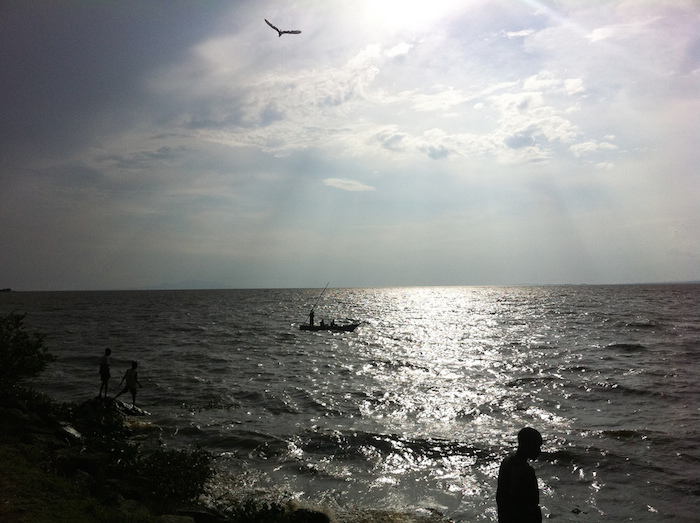 The sacredness of water has diverse sources to support it. Water is a natural resource with unique value and consciousness that enables it to sense any slight imbalance in the life-sustaining systems. It is through water that we are physically and spiritually interrelated and interconnected with the living and non-living beings of earth and to the whole of life. Spirituality reveals that all material beings contains some spiritual life working in them, and since spirits are living entities, they travel from one material to another correcting and depositing different energy levels that get carried away by water, or through other conventional means, to heal the planet and the cosmos.

Man should avoid encroaching on water grounds. Though water has several benefits, it should be treated with respect and dignity because it is a sacred natural resource that holds life. Our developmental policies, which portray water as a commodity to be traded and taxed to enrich some individuals, should be changed. Water is a right for all; nature provides it freely with the rains. Governments should raise external resources to enable the free distribution of water to all citizens. And natives should be involved in the management of sacred natural resources.

Industrial developments and allocations performed on water grounds like swamps cause floods to cities, towns, and residential areas. Health hazards are created, like cholera, and the industrial toxic waste materials released into the bodies of water cause a great environmental danger. Such toxic materials, when taken in by plants or animals, cause a loss of sacredness and a reduction in their natural consciousness.

In East Africa, Lake Victoria, one of the fresh water lakes, has been partitioned into private plots sold to investors; fishing and transportation have been commercialized. Today, indigenous people cannot afford to buy a fresh fish and some buy bones after the flesh has been removed for export. Fishing used to be a way of living and source of income; however, because of restrictions on the lakes today, most fishermen sell their land to buy motorcycles to transport people in towns.

Similarly, the thick forests on the islands of Ssese and Kalangala, among others, were cut down and people were displaced with or without compensation to plant palm trees for the production of cooking oil. Presently, the rainfall pattern has greatly changed and agricultural activities in the region have been affected. The previously precipitated conventional rainfalls from the islands on the lake do not arrive when expected. Extended dry seasons and inaccurate meteorological predictions have made agriculture an unreliable livelihood.

There is an agency to separate our human intentions from what life ought to be. There is need to institutionalize spirituality as a separate system from religion and governance. As part of this spiritual system, we would actively listen to the voice of water and other natural elements instead of listening solely because of the enormous costs to infrastructure and life when nature is angered and violently striking at us through hurricanes, storms, earthquakes, or epidemic diseases.

The faith institutions preach the supremacy of a divine being, which is beyond humanity according to the spiritual hierarchies, though humanity is accountable to this divine nature. However, each day man interacts with the spiritual elements of earth, which have been demonized. These are the spirits of life that travel in water and this is the spiritual platform we should begin reconciling with.

Let’s awaken the silent energies of the planet by uniting as communities to live in harmony with the spirits of life and work directly with nature; here is one path by which we shall reconnect to the silent value of water and nature as a whole for the benefit of humanity and the well-being of an interconnected world community.