The mind is not the brain; love is not oxytocin. I take my starting point from these simple assertions of what should be obvious, but is often lost in the modern discussion of mind and morals.

The mind is the locus of lived experience, not a few pounds of meat. A brain surgeon does not operate on the mind, but on the brain. My affection for my family, friends, and colleagues may be accompanied by elevated oxytocin levels, but this is profoundly different from the reductive claim that love is neurochemistry.

If we are asking after the relationship between mind and morality, it is imperative not to slip into genetics, brain structure, and neuroscience, as remarkable as these areas of science are. Rather, let us linger in our astounding sensory and mental worlds, so dense with impressions, thoughts and feelings. Here is where we live our lives, and therefore here is where morality also will be found. Good and bad, right and wrong actions are not mere neurological events; they are the Holocaust, Martin Luther King Jr.’s “I Have a Dream” speech, and Mother Theresa’s bending down to care for a dying beggar. Speaking as a physicist, I can assure you that we will never find morality in the atomic, molecular, and electromagnetic activity of the human body. At this level the world is completely and profoundly indifferent. Morality only arises with the dawning of consciousness.

Of course, in addition to biology, the society in which we live shapes our moral sensibilities. We often unthinkingly adopt society’s mores and taboos as an ethical framework, but as anyone who has raised a teenager can attest, taboos are to be challenged and conventional mores rejected. Morality is not socially constructed only, nor located in our genes merely. In other words, we can have a mind of our own and a moral stance in opposition to that of our social group. This distinction is what we mean by “becoming an adult.”

Think about slavery, apartheid and segregation, and then about the act of defiance of Rosa Parks who refused to go to the back of the bus in Montgomery, Alabama, December 1, 1955. Or hear the words of Nelson Mandela at the trial that sent him to prison for 20 years:

During my lifetime I have dedicated my life to this struggle of the African people. I have fought against white domination, and I have fought against black domination. I have cherished the ideal of a democratic and free society in which all persons live together in harmony and with equal opportunities. It is an ideal which I hope to live for and to achieve. But, if it needs be, it is an ideal for which I am prepared to die.[1]

The words and actions of these two remarkable individuals show that simplistic, reductionist views of mind and morality fail to account for the formation of a moral paradigm. Both Parks and Mandela radically challenged the collective consensus in order to establish a better moral order in society. 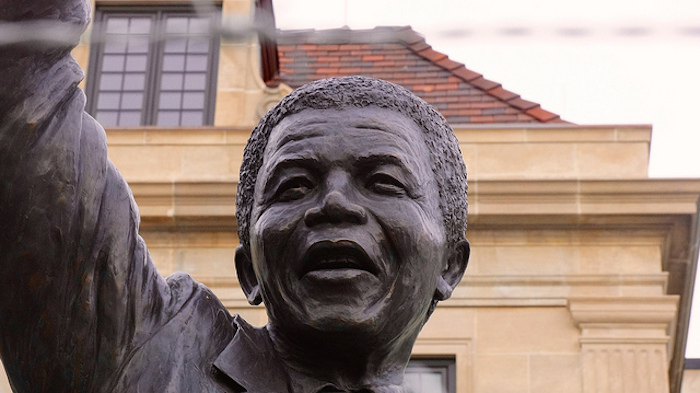 Cherished views of freedom and democracy are worth dying for; indeed many have died for them. So let us put aside the biological, psychological and societal factors that influence our moral lives but are not adequate to account for it. They do indeed impact our thoughts, words, and actions, but if our words and deeds can be fully explained by such factors, then we are merely parroting the views and behavior of others. I do not consider such mindless speech and action to be moral or immoral in the true sense of the word. Such words and actions may be hurtful and even actionable in a court of law, but that biological, psychological, and social factors are compelling indicates only the immaturity of the individual. He or she should know better; he or she should think, speak, and act independently. Yet if, as I suggest, we should set aside biology, psychology, and society, what then is the basis for morality? How do we make a moral judgment if it is not merely the sum of causal biological and social factors?

Allow me to make what might at first appear to be a detour into the means and methods of scientific research. In this other arena we can ask the analogous question, how do we make a scientific discovery? How does science achieve its insights? Clearly brute empiricism alone is not enough, nor can one simply logically reason one’s way to an original insight. Science is not a mere collection or assemblage of facts; nor is it an exercise in logic. The recording of curiosities and interesting natural phenomena may be a preliminary stage of scientific investigation, but the inadequacy of such an approach becomes quickly apparent.

Likewise, logical thinking alone can only elaborate what it already knows; it is at root tautologous. To make a real scientific discovery requires more than logic or data collection; it requires imagination. As Einstein remarked, “Imagination is more important than knowledge. For knowledge is limited to all we now know and understand, while imagination embraces the entire world and all there ever will be to know and understand.” Imagination reaches beyond what we already know to the new. Every true innovation and original insight will make use of data and logic but simultaneously transcend them. In like manner, every moral insight or judgment will make use of past experience and moral reasoning, but also transcend them.

We are empathic beings. As such we are profoundly connected to other human beings, as well as to all of nature. We can feel the joy and suffering of others, and as innately moral beings, we seek to mitigate suffering and promote the flourishing of others, even at a cost to ourselves. True morality carries the marks of insight and imagination. Every true moral act is made in freedom. Yes, we are informed by experience and the values of our society, but ultimately through self-knowledge, we have the potential to become free of their determinative force and choose the good (or evil) freely. In my view this is the moment in which love takes on the character of knowing. Love allows us gently, respectfully, and intimately to slip into the life of another person or animal or even the Earth itself and to know it from the inside. In this way, love can become a way of moral knowing that is as reliable as scientific insight. Then our highest challenge and aspiration is to learn to love with such selflessness and purity that love becomes a way to true moral insight, one that transcends social construction and biological imperatives.