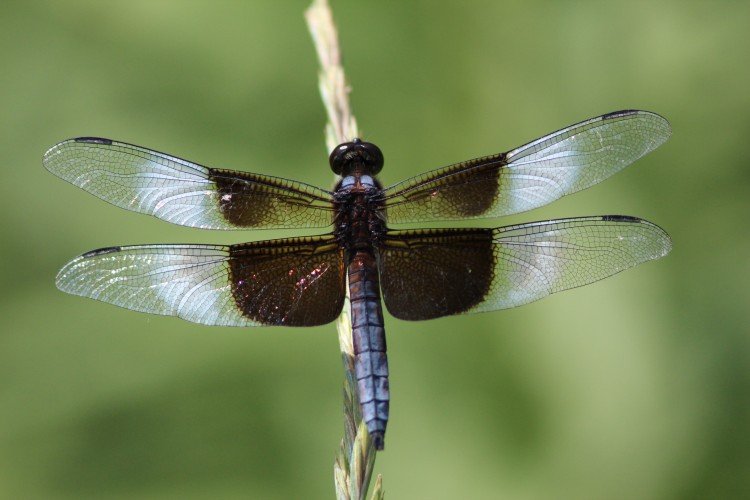 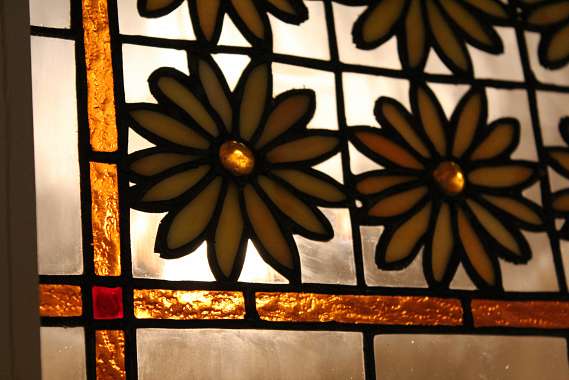 Abbot Suger, the twelfth-century abbot who effectively birthed Gothic art and architecture, had a particular passion for stained glass. He believed that in passing through the stained glass masterworks he had installed at Abbey Church of Saint-Denis, natural light—or lux—was transformed into lumen, a holy, consecrated light; and that such light transformed again into illumination as it passed through one’s physical eye, elevating the mind and renewing the spirit.

That’s what I experience every time I gaze upon a translucent dragonfly wing, or bask in the backlit glow of black-eyed Susans, or any of the other plants and animals I have consecrated in the thirty stained glass works I have created for my home, my retreat, my sanctuary. 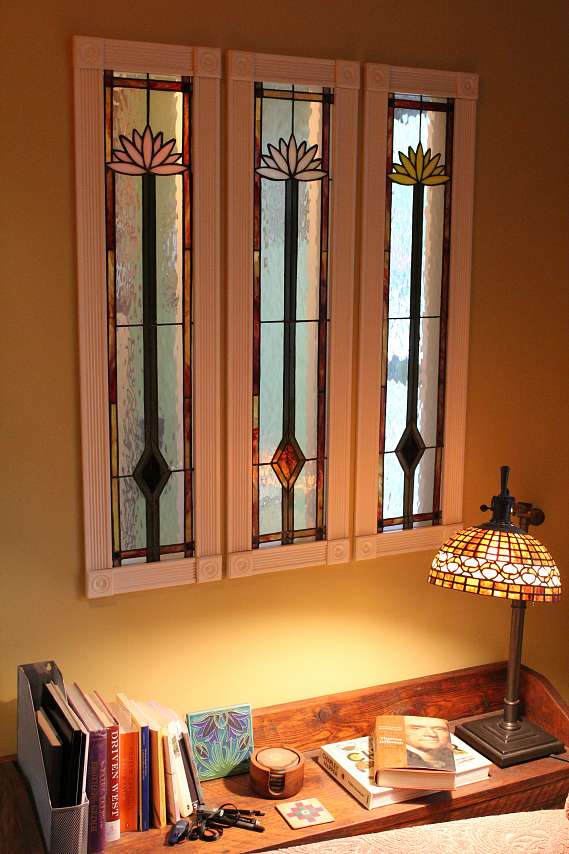 When I moved into my modest worker’s cottage in Chicago’s Pullman landmark district, the original transom openings for each of the three bedrooms remained, but the transom windows were missing. I went into a local stained glass shop for an estimate of what it would cost to craft something a little more interesting than the clear, double-pane transoms that were original to my home. I came out signed up for a class to learn how to make stained glass myself.

As it turns out, the mechanics of crafting stained glass windows haven’t changed much since the Benedictine monk Theophilus wrote them down about 1100 CE in Schedula diversarum atrium: “if you want to assemble simple windows, first mark out the dimensions of their length and breadth on a wooden board…and select colors that are to be put in. Cut the glass and fit the pieces together with the grozing iron. Enclose them with lead cames…and solder on both sides.”

That abbots and monks devoted so much time and attention to the subject should come as no surprise since stained glass began as a Christian art form. The play of light, as it changes throughout the day and the seasons, brings to life countless images of Christ, Mary, apostles, saints, and angels in cathedrals and churches—dating from the Middle Ages through modern times—across the world.

For stained glass design inspiration, I turn to my religion: nature. Certainly, many a church window is filled with natural world iconography: doves, vines, lions, lambs, and lilies. The strategically placed fig leaf or two. Entire rose windows. But in my work, nature takes center stage. Often the nature found in my own backyard. 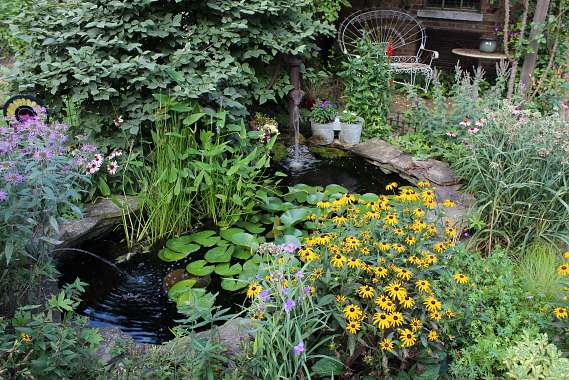 At the time I took title to my home, the backyard was your typical patch of turf grass bordered by annuals. My new neighbors at the time were a little suspicious when I started digging up a perfectly good lawn. But over the course of nearly twenty years, they have come to appreciate as much as I do the oasis my yard has become. The mix of more than thirty species of native plants. The water lilies and turtles. The mourning doves that nest in the climbing rose.

Oh, and the dragonflies. (If you build it—a pond—they will come.) 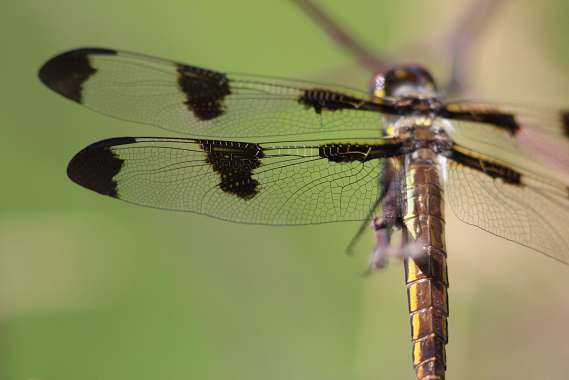 As best as historians can guess, the making of stained glass may have been inspired by the art of cloisonné—using strips of gold to hold together pieces of glass in artful patterns. Technically, perhaps. But inspirationally, my money is on dragonflies. The veins of each dragonfly wing are clearly cames enclosing an artful pattern of clear and colored membranes that are translucent one moment, shimmery the next, and a glimpse of some great cathedral window the next.

Whatever may have actually sparked the art of stained glass, for me the joy lies at the nexus of what Suger and Theophilus preached on the subject. Certainly I love how the finished pieces—dragonflies, turtles, and cattails in the transoms; water lilies in the foyer side lights; sunflowers in the lamps; black-eyed Susans and yellow coneflowers in the passageway from living room to kitchen—transform the lux in my home into lumen. 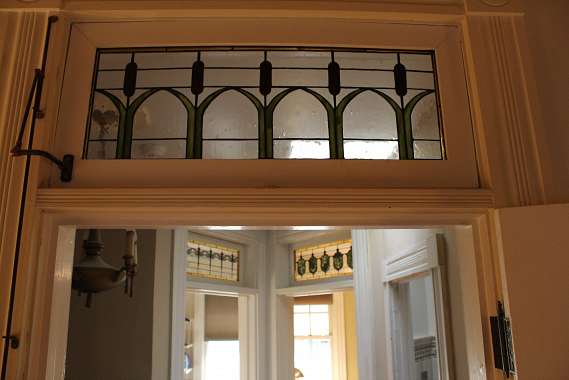 But for me, illumination comes through my hands as much as through my eyes. I love the feel of glass—the splinters, cuts, and slices notwithstanding. I love crafting the curves of petals, the lacework of insect wings, the interlocking skutes of carapaces. As part of an ancient tradition, I have passed many a long, winter night monkishly cloistered in my basement workshop laying out such patterns on a wooden board, fitting all the pieces together and soldering them (both sides) with a grozing iron. 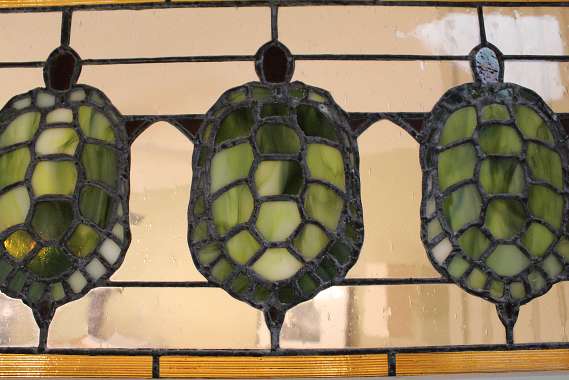 Conventional wisdom holds that it takes 10,000 hours to become a master craftsman. Hence, some of my finished works are more successful than others. (A corner of my basement harbors a stack of efforts that have fallen short.) When my designs fail, I return to the source. I return to nature. In my backyard garden. At Midewin National Tallgrass Prairie where I am a volunteer steward. In my solo backpacking trips to Rocky Mountain National Park. Glacier. Yosemite. The Black Hills. The River of No Return Wilderness. I return to look more carefully, more deeply for what I have not yet seen. What detail. What pattern. What color within a color. What light.

On a recent hike at Midewin, the day was perfect, I was surrounded by acres of recovering prairie, but I had a hard time seeing any of it for the unquiet cloud of worries and cares in my head.

A dragonfly landed on my chest. 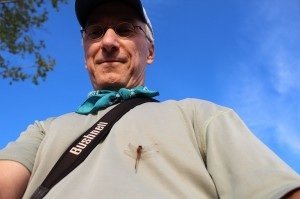 The mind cloud vanished as I looked down into the compound eyes of a blue-faced meadowhawk. The  frons, or face, more aqua than blue. The mandible white and fixed in a smile. The abdomen fire engine red, vertically striped with sable. Each wing like water glass, clear save for a touch of amber in the pterostigma—a cell in the leading edge of a wing that is often colored and helps stabilize dragonflies as they glide.

There on my chest. A glimpse of the glasswork at Chartres, Strasbourg, and Saint-Denis. The inspiration for the next hand-crafted piece for my home. 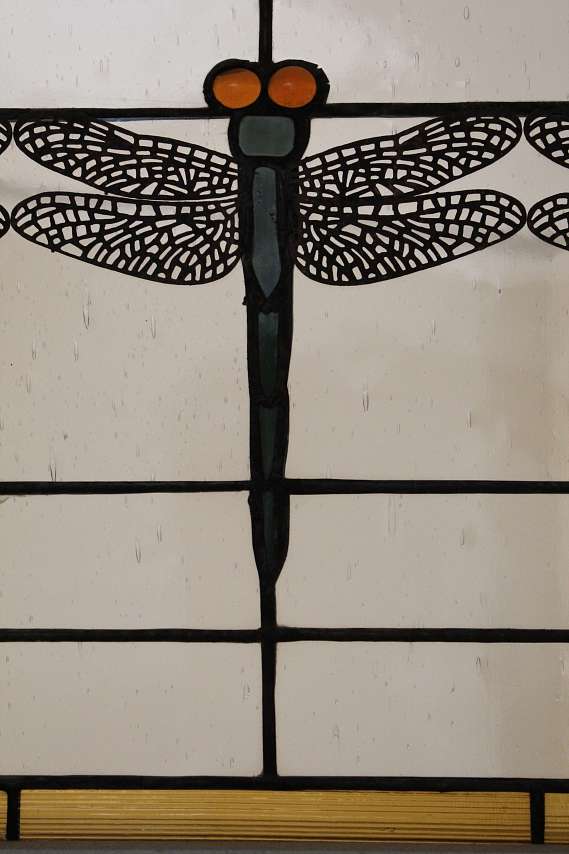 *All photographs and stained glass works by Arthur Melville Pearson