Making Kin with the Cosmos 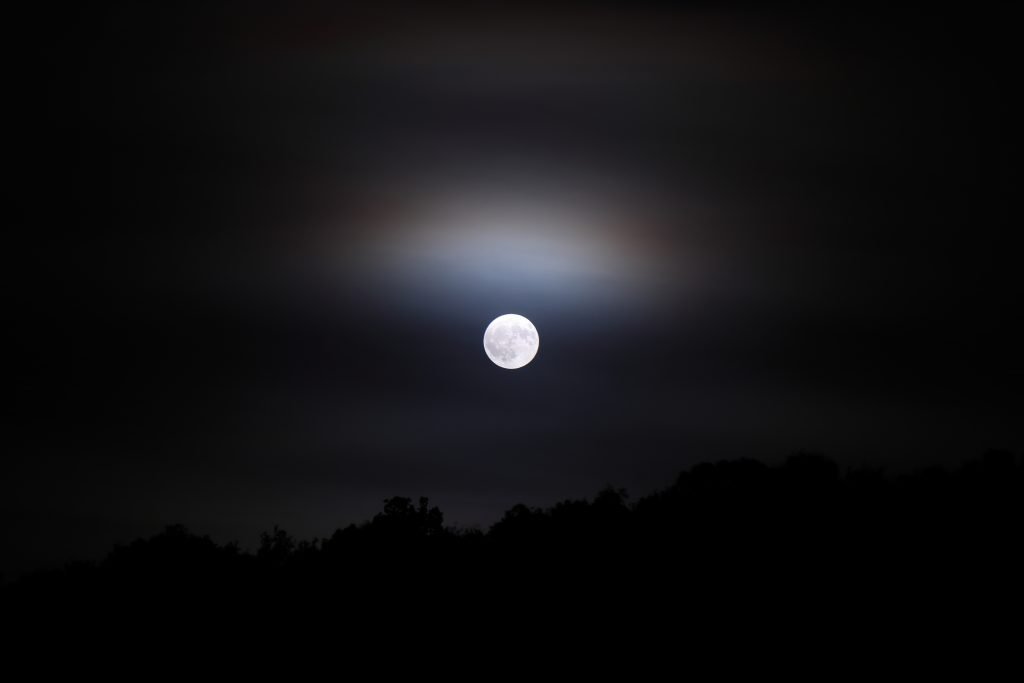 Oftentimes, when acquaintances learn that I am writing about outer space, they immediately assume I’m writing for an audience of space geeks, sci-fi fans, and space settlement enthusiasts: the (predominantly) men whose hearts race every time another rocket is launched, the venture capitalists who think of space as the next investment frontier, the policy wonks and military types who assert that space is already a congested, militarized zone, a new domain for warfare.

No. As a social anthropologist by training, and a fiction-writer and essayist with an ethnographer’s eye, I am writing about environmental ethics in outer space for the kinds of people who love the exquisite, galvanizing essays and books that have emerged from within the modern nature-writing tradition, and especially for those who have adored works by Nan Shepherd, Rachel Carson, Annie Dillard, and Robert Macfarlane. I am writing for the environmental warriors and dreamers alike, those who thrive on the poetry of place, who are horrified by what we have done to Earth and who spend all their time planning how we might do things differently going forward. It comforts and inspires me to try to learn from our mistakes on Earth to avoid making them all over again in space. 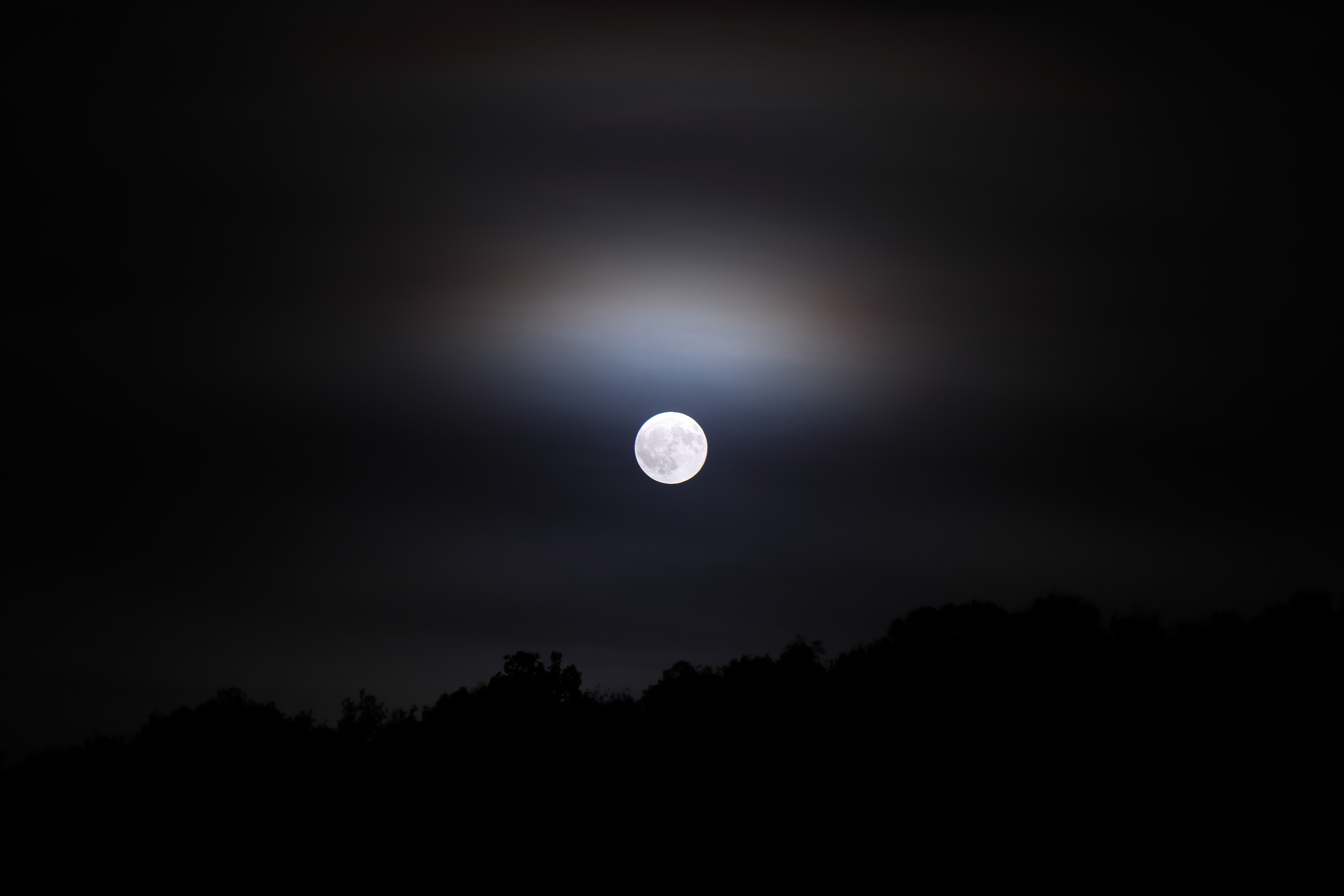 Outer space is nature. Nature does not refer only to living things. It refers also to the physical world and everything in it that is not human, nor made by humans. We now have the opportunity to defend nature-places in space from our worst impulses before the destruction begins. The growing sophistication of environmental ethics frameworks means that many of us now understand that nature—whether on Earth or off-Earth—has intrinsic worth and the right to exist outside of any use-benefit it may bring to humans.

I think a lot, these days, about what space nature-writing could be, and do, as a form. It would not be steeped in nostalgia, mourning, and loss like much nature writing about Earth, since the tragedy of its contamination has not yet fully happened. But it does need to affirm that nature-in-space—whether the orbital bands around our planet, or the Moon, or asteroids, or other planets—is worthy of protection and conservation regardless of the presence or absence of life in the forms we recognize.

In Pilgrim at Tinker Creek, Annie Dillard invents her own searing and spiritual vocabulary for what she sees around her in one pocket of nature on Earth. Dillard describes having a vision of “seeing all the time of the planet where I had lived,” noticing time specked with colourful dots like a scarf.[1]

This vision, when she emerges from it, reminds her of an idea that Elizabethan geographer John Dee once had. He wanted to launch a mirror into space that could somehow travel faster than light itself, so that everyone on Earth could look up and see “the earth’s previous history unfolding as on a movie screen.”[2] Dillard tries to imagine what it would look like: mists, lava, shuddering land, mountains bursting out of the crust, ice rolling and grinding, back and forth, civilizations withering “in an hour,” and—if you could slow down the film—eventually a “dot,” a “flesh-flake,” swelling then vanishing. This is your life.

If only we could remain open to being humbled in this way by space, welcoming these intimations it gives us of our smallness, our insignificance, instead of trying to bend it to our will.

Maybe we want to be blinded: to forget, forever, our smallness. Dillard notes that when tourists visited the Alps in the eighteenth century, they chose sometimes to put on blindfolds, so they wouldn’t have to accept the visual evidence those hulking ranges presented of “the earth’s horrid irregularity.”[3]

Humans like to prize our ability as a species to think beyond ourselves. We often treat outer space as our cosmic group therapist, sounding its depths in order to probe our own. The fact that we’re willing to contemplate our place in the universe reaffirms in return how very special we believe we are. Yet we also increasingly demand that outer space serves us as a utilitarian junkyard, just another regular zone of commerce, an unexceptional place from which to extract economic value.

So many of the wealthy, powerful men who want to put their mark on space, for instance, cite the libertarian novelist Ayn Rand’s philosophy of self-reliance and rugged individualism as something to which they aspire. One of Rand’s most famous novels, Atlas Shrugged, ends with this chilling line: “He raised his hand, and over the desolate earth he traced in space the sign of the dollar.”[4]

These two frameworks have managed to co-exist, shakily, until now, but we’ve reached a tipping point where we have to make a choice: between preserving space as a special zone of existential awe, or stripping it of all other kinds of spiritual and philosophical worth in order to claim, mine, settle, and de-nature it. 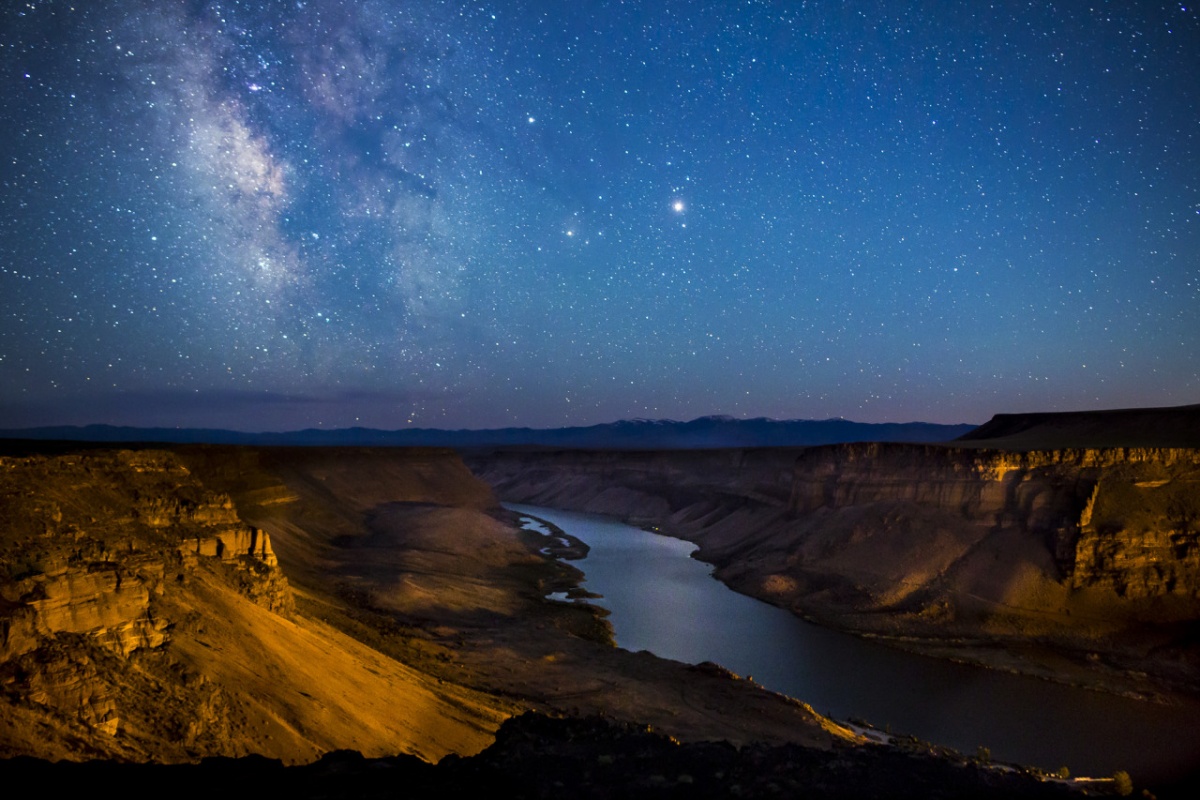 The “most existential form of mapping is looking up at the stars and knowing where we fit in the giant puzzle of things,” the artist Anna Von Mertens said in an interview in WIRED.[5] She stitches the stars as they appeared at significant times and places (often sites of violence) onto black fabric. “Her quilts are memorials,” Sarah Sentilles writes of Von Mertens’ art in her book Draw Your Weapons. “These are the stars above moments of rupture…pivot points, when what came before is different from what follows.”[6] We are caught in a pivot point right now as we try to decide what kind of relationship we want to have with space.

Sometimes I feel guilty for caring so much about the space environment, about nature-in-space. Why can’t I instead focus on single-use plastics or saving the dolphins? On my bad days, using up creative and moral energy worrying about environmental ethics in space can feel irresponsible, like a kind of denialism—focusing on the distant future, the Earth’s external bits where no life as we understand it seems to thrive, because it is less painful than focusing on the nightmare of anthropogenic climate change and biodiversity loss.

Yet I just can’t bear to see another global commons desecrated in my lifetime. I’m not a space geek. I’m not a scientist. I’ve not even spent much time gazing at the night sky and would hardly recognize anything except maybe Orion’s belt and the Southern cross. (“I am no scientist. I explore the neighbourhood,” writes Dillard. “It’s all a matter of keeping my eyes open.”)[7]

All I can do as a writer is gesture towards a new language for outer space. “Words are worldmakers,” nature-writer Robert Macfarlane says in Underland.[8] A start, perhaps, is to describe space not as empty and alien, vast and unpollutable, but as a fragile, infinitely precious environment. Space will need to be conserved and protected as passionately as the ocean, if we want to spare it the same fate of being degraded until it is “not full of mystery, not inexplicable in its depths, but peppered with the uncannily familiar detritus of human life,” as Rebecca Giggs laments in Fathoms: The World in the Whale.[9] 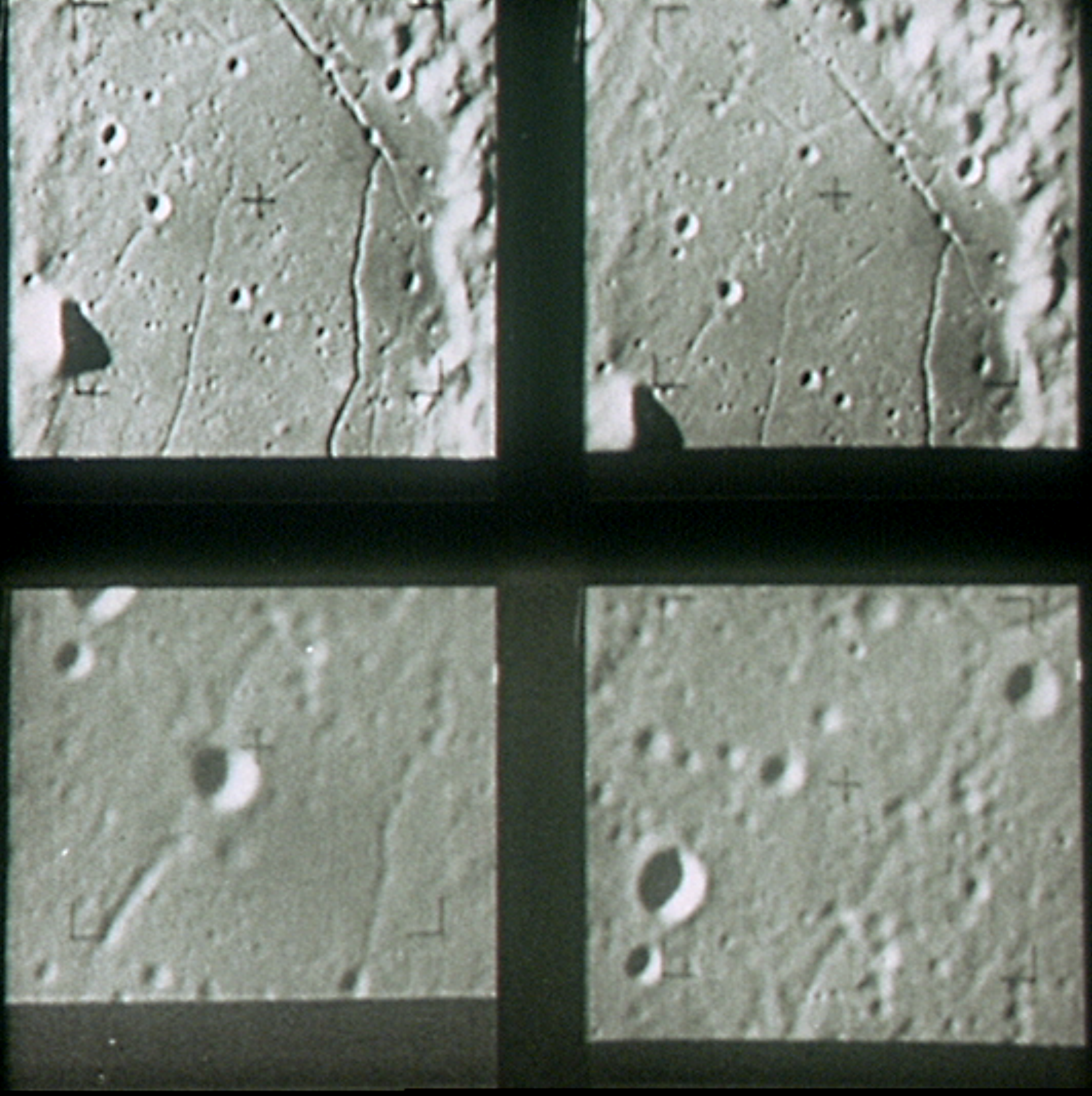 It’s for this reason­—a new language for outer space—that I’ve been collaborating with Alice Gorman, Michelle Maloney, Mari Margil, and Thomas Gooch to write a Declaration of the Rights of the Moon, to apply the wisdom of the growing ecological jurisprudence movement on Earth to nature in space. It’s an aspirational document, of course, but we felt it was important to put into words an alternative perspective to the dominant narrative, upheld by private industry and national space agencies, that the Moon is ripe for the taking by humans. Here, for instance, is a section from the Declaration focused on the Moon’s rights:[10]

The Moon possesses fundamental rights, which arise from its existence in the universe, including:

(a) the right to exist, persist and continue its vital cycles unaltered, unharmed and unpolluted by human beings;

(b) the right to maintain ecological integrity;

(c) the right to be defined as a self-sustaining, intelligent, cohesive, intact lunar ecosystem, beyond current human comprehension;

(d) the right to independently maintain its own life-sustaining relationship with the Earth’s environments and living creatures; and

(e) the right to remain a forever peaceful celestial entity, unmarred by human conflict or warfare.


Space has always been irresistible as an ethical imaginarium for humans, the site of moral wish fulfillment, a place in which to ask who humans might be if we could tilt towards our better rather than baser tendencies. In narratives about outer space, there is a fetishization of perfection; the technologies to get us there are always celebrated as perfectly ingenious. What about perfecting other forms of knowledge, helped along by a subtle shift in descriptive language? We must learn to approach nature as a co-participant in its future, seeing space-nature not as a simple repository of raw materials or cosmically irradiated rocks with which we can do what we like, as possessions and property, but as our kin.

[10] You can read the full Declaration and register your support for it here:www.earthlaws.org.au/moon-declaration.

Still from NASA Highlights: A Progress Report (1965). Courtesy of The Prelinger Archives.