Morality Is in Our Brain, in Our Genes, and Even in the Structure of the Universe

As far as we know, people have always viewed morality as a natural fact. There are good and bad things to do, and these things are good or bad, right or wrong, by nature. Just like mathematical axioms or physical laws, moral principles cannot be changed by people or governments. They are based on a universal and eternal Law. As Aristotle explained in his Rhetoric:

It is this that Sophocles’ Antigone clearly means when she says that the burial of Polyneices was a just act in spite of the prohibition: she means that it was just by nature.

“Not of today or yesterday it is,
But lives eternal: none can date its birth.”[1]

Two thousand years later, this was still the view of the authors of the U.S. Declaration of Independence, who explained that it had become necessary for the people of the United States to assume “the separate and equal station to which the Laws of Nature and of Nature’s God entitle them.” In other words, there is a moral law—true by nature—that everyone knows to be true, and it is this Natural Law that grants us the right to self-rule.

The philosophers and legal scholars of the time were even more enthusiastic than we may realize today about this notion of Natural Law. People like Locke, Hobbes, Jefferson, D’Alembert, and Condorcet thought that there really was a science of morality waiting to be created, with truths as stable and robust as the truths of mathematics or physics. This science would be based on two things: the principle of necessity, because morality was clearly a necessary institution of social life; and human intuitions, because people clearly had robust and consistent intuitions about what was right and what was wrong. Starting from these ideas, scholars would be able to infer the existence of a right to be free, a right to fight oppression, a right of commerce, and so on.

This position is well summarized in one of Jefferson’s letters:

Today, this position seems rather naïve. Of course—we think—there can be no such thing as a Natural Law. For one thing, science has provided a new basis for understanding the complexity of the universe—and we no longer solely believe that it was designed by a supernatural power. We also know that there is nothing else in the universe besides matter, atoms, and physical forces. Thus, there is no room in this world for a non-material phenomenon like the Natural Law: How could atoms and physical forces be influenced by such things as rights, duties or moral laws?.

And yet the idea of a Natural Law fits strangely well with our experience of morality. We feel that morality exists, independently of what people think. We feel that people who disagree with us are wrong. They don’t just have different tastes, a different mind, or a different culture; they are also misguided about reality itself. We feel that slavery is wrong. It is not a matter of opinion. It was wrong in the Roman Empire or in the American Colonies, even when most people thought it was right.

So we experience morality as if it were something outside of us, which we can detect. In recent years, a range of studies from fields such as neuroscience, psychology, and anthropology have shown that humans are indeed equipped with such a detector—a ‘moral sense,’ as scientists often call it—that is biologically programmed to identify moral situations. In the same way that we have light detectors to detect light (i.e., the eyes), sound detectors to detect sounds (i.e., the ears), maybe we have a morality detector to detect right and wrong, justice and injustice.

But of course—we remind ourselves—this is nonsense. Right and wrong cannot be properties of the material world, and they cannot be detected. But why not? After all, animals are equipped to detect some non material properties, such as social rank, group membership, or grammatical structures. Why not justice? More importantly, there are very good scientific reasons to think that humans have been under strong pressure to evolve a moral sense. Compared to all other species, humans are ultra-collaborative (I’m not including social insects, whose colonies are more like a super-organism than a society). Humans cooperate to obtain food, build shelter, raise their children, exchange goods, etc. In fact, cooperation is so central for humans that individuals cannot survive without it. 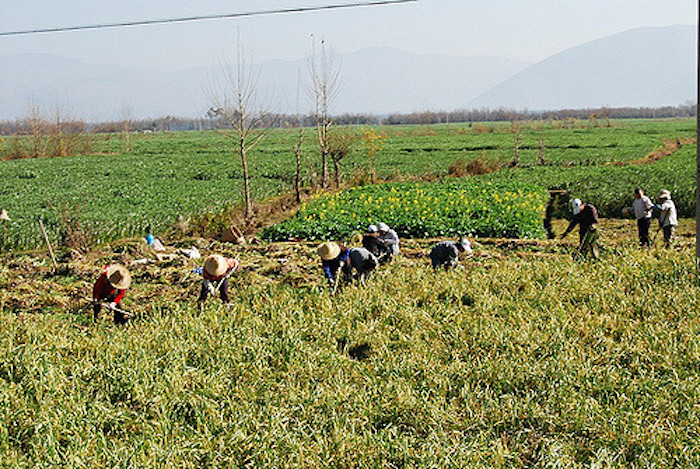 In the human environment, it is thus crucial for individuals to secure good partners for cooperation. This creates a competition to attract the best partners. In this context, individuals who cheat, manipulate, or steal from others are often deserted in favor of more reliable partners. In the long run, evolutionary models suggest that the best strategy is to share the benefits of any kind of social interaction in a way that equitably benefits everyone concerned (given their initial investment, their outside opportunities, any losses they sustained during the interaction, and so on). In other words, when cooperation is central for survival and partner choice is possible, theory says that individuals need to set aside power struggles and base their behavior on considerations of fairness. Being fair is ultimately the best way to enjoy all the benefits of cooperation.

In light of the scientific advances made in the last ten years in biology, neuroscience, and the behavioral sciences, Jefferson’s position appears much less naïve than we may have initially thought. Divine providence aside, there are reasons to think that because the human species was “created for social intercourse,” humans have evolved a fairness detector—a built-in “sense of justice”—which computes whether a given social interaction conforms to this “Natural Law” of mutual benefit.

In the end, then, it may not be so foolish to speak of Natural Law. There might, in a way, be a Natural Law in our brain (the moral sense), in our genes (to code for this moral sense), and—I would like to say—even in the structure of the universe. Why? Because the theory of natural selection applies everywhere in the universe. Therefore, any entity (bacteria, plant, animal, robot) that tries to replicate itself (what Richard Dawkins terms “replicators”) and bases its strategy for living and reproducing on cooperation will face the same problem as humans: either be selfish and be left out of cooperation, or be fair and enjoy the benefits of cooperation. Just as intelligent aliens would have evolved eyes to detect light, ears to detect sounds and brains to compute information, chances are good that they also would have evolved morality to regulate their social interactions. From this point of view, fairness really may be a universal law.