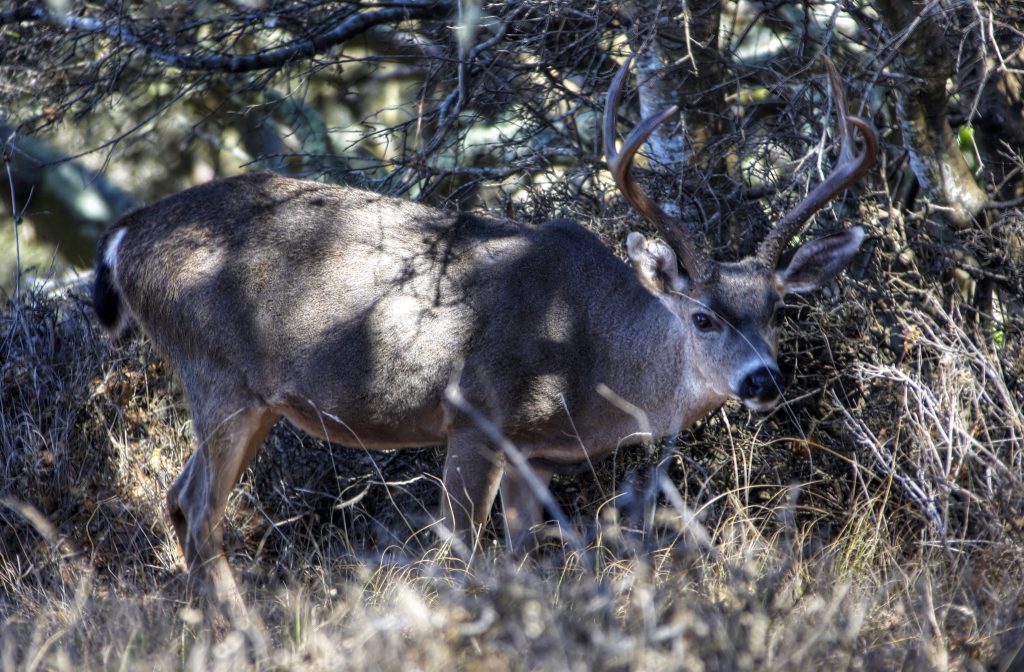 A non-hunter and an old woman, I have observed five generations of hunters in my family and have concluded that hunting does not make us human. To the contrary, I suggest that hunting, whether for sport, sustenance, or diversion, provides a window into our original animal nature. Although we may never really know what it means to be an animal, hunting draws us close to the answer.

My late husband, Paul Shepard, devoted his last years to writing two books: Coming Home to the Pleistocene and The Others: How Animals Made Us Human. The first was a compilation of his other books, including his homage to hunters and gatherers. The second described the many ways animals have entered and enriched our lives. I believe that through Paul’s peregrinations in his books and in his life, his fundamental motive was to explore the nature of animals. This quest, I propose, is also why humans hunt.

In 1972, Paul was under contract with Charles Scribner’s Sons for The Tender Carnivore and the Sacred Game: The Human Past as the Key to Modern Man’s Identity—and to His Future. At the time he was teaching environmental perception at Dartmouth and was contacted by his publisher to find a translator for Meditations on Hunting by Jose Ortega y Gasset. He recruited Howard B. Wescott to translate the book from Spanish, and Paul was asked to write the introduction. I re-read Ortega’s book to elucidate my suppositions about animals.

Ortega explains that because hunting is a part of our genetic make-up it often becomes an occupation and vocation, as well as a preoccupation, for modern aficionados of the sport. Hunting is hard. It requires fitness to walk long distances often in dangerous places, to face fatigue and inclement weather, and, during these trials, to stay healthy and dry and well fed. Careful preparation in woodsmanship and marksmanship, a clear reading of state-determined territories and limits, as well as a deeply ingrained ethic of hunting are all a part of the modern hunter’s repertoire. With all of these technical and environmental challenges, why would a person hunt?

We hunt, says Ortega, because it brings the deepest kind of happiness a human can experience in an environment that was his true home. It is more deeply felt when the hunter is alone in wild backcountry away from the distractions of civilization. This is not happiness derived from reasoning but comes out of pre-human past.

The feeling does not simply come to us by being a witness to nature, as I am on my frequent walks. It comes when one animal pursues an Other in a non-reciprocal relationship, with the intent to kill. The hunter has an advantage over the hunted, who, although inferior, possesses the ability to escape. This escape mode is a part of the behavior of most animals who are hunted by other species in the food web, as was the case of humans in pre-history. Being the source of food for other animals, they are constantly vigilant. And vigilance is what hunters imitate while hunting: being alert and watchful, attending to the entire universe of the landscape about them, and interpreting every sight, smell, and sound, not merely the next step on the path.

The enticement of the hunt is magnified by the scarcity of the hunted animal. Ortega declares that scarcity is a countermeasure to hunting because it adds another factor, chance. One never knows when and if the hunted will appear, and thus the hunter must remain alert. Chance meetings test the hunter’s ability to immediately aim and shoot and the animal’s ability to elude death. 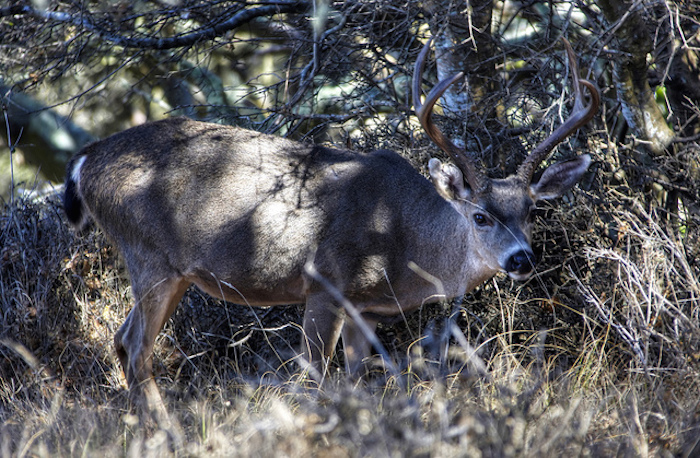 When hunting, the hunter mimics the hunted, which gather information with all their senses instinctively. Hunters make a rational attempt to extend their senses: They learn to pay attention to odors and to identify the smell of spore. They listen intensely to sounds like the snap of a twig underfoot or the call of an animal. They scrutinize the surround to see the animal camouflaged in the underbrush. They practice alertness and expand their attention to a broader field. When they spot an animal, they sneak through the undergrowth quietly, stalk diligently, and get closer and closer until they are in striking range. In short, they mimic the animals they are hunting. Because of the limits of their own senses, hunters often enlist the assistance of dogs, which become an extension of their own acuity.

Killing an animal is the end result expected on a hunt. For that reason Ortega rejects the notion of photography as hunting. Flowing blood is a poignant reminder of death—the enigmatic end we all face. I have previously suggested that men and women view this sign differently. A young maiden who sees the first spot, understands that blood links her fundamentally to the possibility of birthing life into the world. That insight is not accessible to men, but the opposite side of the coin of life is revealed when an animal is killed and the blood flows. Thus the hunter faces death of the Other and the constant haunt of human existence.

That is not to say that women do not also gain insight into death when they hunt. Our ancient mothers hunted in a restricted fashion; they snared small creatures around their dwelling places. But for obvious reasons they could not go on extended hunts for big game; it was impossible to do so while suckling a baby or caring for young children. For years thereafter, socialization set the rule for me as it did for many women. However, with such taboos destroyed today, I am proud that my great granddaughter now hunts with her father and may benefit from the many meanings it offers.

Fons van Woerkom provided the amazing illustrations for The Tender Carnivore and the Sacred Game. One of the most fascinating is the picture of a mechanized human emerging from the gut of a hunter and gatherer who, in turn, is rising from the earth. I wonder if perhaps the opposite might be true, that during hunting, mechanized human morphs into a hunter and gatherer.

Hunting has been described as spiritual, an experience that transcends ordinary life. If so, it may be a time when the hunter, whether for sport, trophies or food, plumbs the mysteries of those Others and incrementally draws closer to what it means to be an animal.