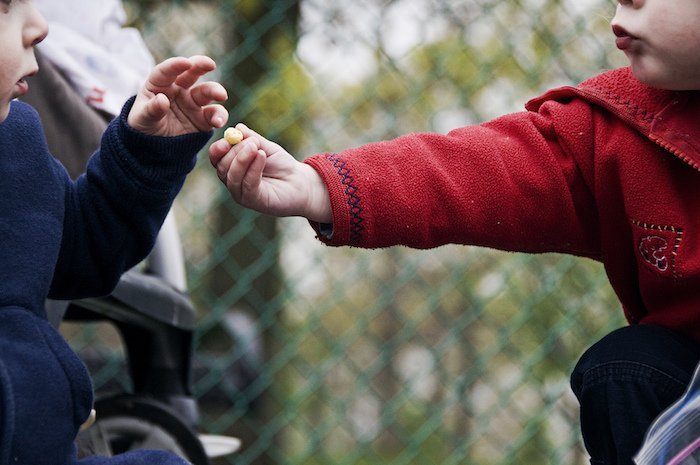 Before considering the role of evolution on human morality, it is helpful to distinguish between the two definitions of this concept. A fair number of philosophers and adults in most societies apply the adjective moral to a person’s actions, typically “moral” is defined by kindness to those in need, loyalty to and honesty with family and friends, courage in times of danger, and restraint of behaviors that would harm another. A smaller number of societies, mainly in the West, prefer to have the adjective moral apply to a person who is loyal to his or her ethical values, even if they do not match the community’s understanding. The British regard Thomas More as moral, even though he violated the ethical demand to remain loyal to a king who had been kind to him, because More chose to honor his private beliefs.

The antonym pair “good” and “bad” is the basis of both definitions of moral. Every two-year-old with an intact brain has an initial understanding of the meaning of these ideas, which emerge during the second year of life. This happens to be the same time that the abilities to infer select thoughts and feelings of others, speech, and an awareness of self also appear.[1] The ability to infer the mind of another person contributes to children’s understanding that some behaviors are good and some bad, even if they have never displayed them. A three-year-old who has never poured cranberry juice on a clean white cloth will refuse to do so when her mother says, “Please pour the red juice on the cloth” because the child infers that this action will evoke someone’s disapproval. The Utku Eskimo of Hudson Bay call this understanding “ihuma” meaning reason; Fijians call it “vakayala” and both societies recognize that it emerges before the third birthday. A mother in one of my studies found her three-year-old pinching himself with force. When she asked why, he replied, “I don’t like myself.” This boy had a reputation for frequent aggression toward other children in the neighborhood.

Young children are likely to cry if they believe they cannot perform a behavior they infer an adult wants them to implement. Many two-year-olds, but not a single one-year-old, cried after an adult modeled three coherent actions with different toys and then said, “It is your turn to play.” The older children inferred that the adult wanted them to imitate her actions but sensed that they were unable to do so. Their distress reflected an early form of the unpleasant feelings that become shame and guilt.[2]

The unique features of the maturing human brain are the bases of these phenomena.[3] Some of the features include a larger brain with unique patterns of gene expression; the micro-anatomy of a special class of neurons, called Von Economo neurons, in the prefrontal cortex; and patterns of connectivity among sites. Nature is replete with traits that are restricted to one species. Bats use the echo of sounds emitted from their mouth to detect insects. Emperor penguin fathers tend the egg they fertilized during a cold winter. Humans are the only species that combines a capacity to infer a broad range of invisible events, a symbolic language with syntax, and a conscious awareness of being an agent responsible for one’s voluntary behaviors. The foundation of the universal appearance of a sense of right versus wrong rests with our unique patterns of genes and gene expressions. Homo sapiens’ distinctive physical features contribute to one or more of our unique psychological traits. The flat facial skeleton is due to genes that affect a necklace of cells in the embryo, called the neural crest, which influence the autonomic nervous system and, therefore, the bases for the feelings that become the emotions of fear, joy, anger, and empathy. 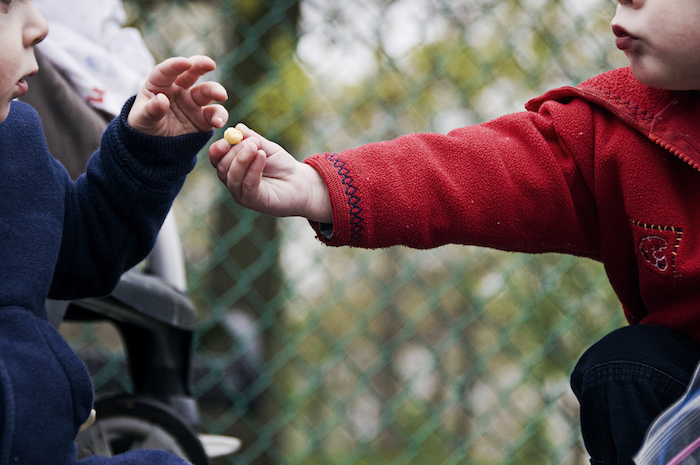 Philosophers, novelists, and social scientists recognize that humans are preoccupied with the acts, events, and people that are good or bad and are susceptible to shame or guilt when they act in ways that are inconsistent with their understanding of good behavior. Charles Darwin, at age twenty-seven, wrote in one of his notebooks that humans possessed three instincts: social, conjugal, and a sense of right and wrong. He also awarded a moral sense to his 13-month-old son. However, when he wrote Descent of Man many years later, he ignored his earlier conviction in order to preserve a seamless evolutionary transition from apes to humans. This required Darwin to deny the appreciation of the contrast between right and wrong, which emerges in all children but is absent in every other animal.

Although evolutionary biologists claim that human actions intended to help another evolved because they aid the fitness of altruistic persons by adding to the altruists’ reputation or obligating the recipient to reciprocate, there are too many examples of human altruistic behaviors that are not followed by either of these beneficial consequences. More Europeans donated blood anonymously than committed rape, murder, or robbery over the past five years. Members of our species regularly help strangers with the knowledge that their only reward is the thought that they have done a good act and, therefore, must be a good person. No observer of apes has ever seen comparable behaviors in chimpanzees. Altruism in humans is defined by the agent’s intention. Altruism in animals is defined by the consequences of an agent’s action on a recipient. If we used the latter definition for humans we would have to conclude that a clerk who accidentally returned too much money to a customer committed an altruistic act.

Facts can weaken the rationale supporting any given moral belief but no fact can supply the foundation for most of our moral standards. One possible exception to this principle is the moral imperative to suppress actions that harm another without provocation. The universal capacity to empathize with the feelings of a victim acts as a brake on such behaviors. Most moral beliefs originate in the sentiment of a community. Even Thomas Huxley, Darwin’s “bulldog” defender, appreciated that neither evolutionary facts nor theory could be used to defend the primacy of a majority of moral standards, because a community’s sentiments change when historical events require a modification in a community’s ethics. Consider the increased tolerance among younger Americans toward all religions, ethnicities, and life styles since the 1960s, generated by the more vocal demands of minorities for respect. Kant would have been surprised to learn that many contemporary Americans regard tolerance toward gay couples as a moral standard.

All societies invent a moral code because the brain renders everyone capable of jealousy, envy, and anger—emotions that can last a long time—and human limbs possess the strength needed to harm those who are disliked. Many a three-year-old would be tempted to harm his infant sibling if a moral sense had not emerged by his second birthday. Such acts are so rare they make headlines when they occur. The Greeks invented the concept of “Eudaimonia,” meaning the feeling that emerges following the judgment that one has led a good life, because they understood that this mental state occupies a privileged position in every person’s hierarchy of desirable goals. “Eudaimonia” and our ability to distinguish “good” from “bad” are possible because of the properties of the brains that are products of  the evolutionary journey of Homo sapiens.