Of Beasts and Angels: Evolution’s Debates About Morality 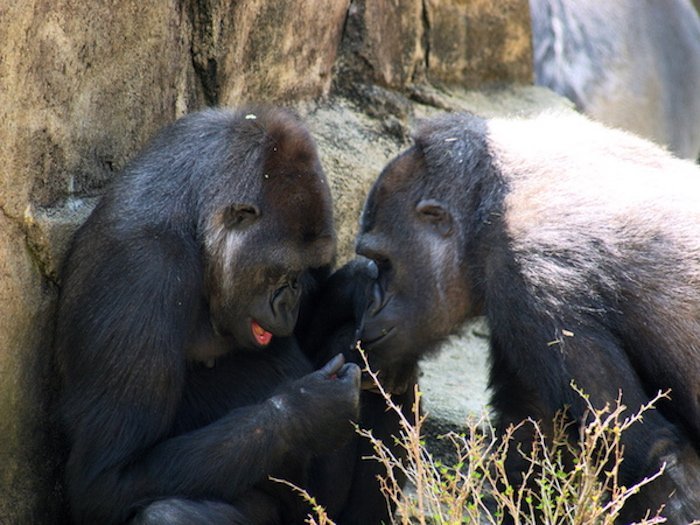 As the new year arrives, the holiday-season movie It’s a Wonderful Life has played in many households. Evolutionary biologist Stephen J. Gould employed this film as a metaphor for the contingent adirectionality of evolution—how a single event (in this case one human life) can randomly but profoundly alter historical outcome. But the film offers another theme, involving the tension between the pursuit of individual gain and the investment in collective welfare. Mr. Potter, the mercenary villain, decries “starry-eyed dreamers” who work on behalf of “a discontented, lazy rabble.” The protagonist George Bailey laudably—though with considerable struggle—relinquishes his own dreams in order to support friends and neighbors in his community. And in so doing he ends up recognizing the richness of a life embedded in the enriching of others.

While the moral message may seem attractive, when first released, some viewed it as gravely immoral: the FBI deemed its communitarian views were politically and morally subversive.[1] Today’s civic climate is brooding with similar ethical tensions. The fascinating thing is that these tensions reflect a variety of long-standing debates over the relationship of evolutionary theory—and the very character of nature itself—to morality. A number of these questions are ably and graciously explored by contributors to this series.

One issue concerns whether, and in what way, evolution relates to morality at all. Herbert Spencer, who coined the phrase “survival of the fittest,” invested his life in developing an evolutionary morality, rooted in (and strongly affirming of) unrestrained competitive struggle between individuals.[2] Darwin had a comparably biological but more benign view of morality, proposing that social sentiments may facilitate personal sacrifice that helps the group compete with other groups. On the other hand, Alfred Wallace, co-discoverer of natural selection, concluded that selection cannot explain morality, because humans value right and wrong beyond benefits to individual or group. Thus, a “Higher Intelligence” guiding our origins is required.[3] And finally we have T. H. Huxley, “Darwin’s bulldog,” who might be viewed as a Mercutio invoking “a plague on both your houses”—biological and supernatural. He acknowledged the “paradox that ethical nature, while born of cosmic nature, is necessarily at enmity with its parent.”[4] For Huxley, like Wallace, moral virtue does not arise from but is actually opposed to success in the struggle for existence; yet, the capacity to restrain biological dispositions toward selfishness and value the welfare of others is not supernatural. Rather, it is rooted in human law and custom.

These basic views have animated discussion since (and actually long before) Darwin. In particular, the “cultural virtue versus biological selfishness” perspective was subsequently emphasized by Freud and has been prominently promoted by manifold evolutionary biologists who, like Richard Dawkins, exhort, “Let us try to teach generosity and altruism, because we are born selfish.”[5]

Although that view has been criticized as cynical—primatologist Frans de Waal refers to it as “veneer” morality, or a thin coat of moral goodness imposed on an averse biological substrate—it is also just too simplistic.[6] For one thing, characterizing biology as uniformly “selfish” wrongly equates the self-replicating efficacy of genes with strictly self-serving behaviors of the creatures that carry genes. But we know that genes can be transmitted successfully via all sorts of behaviors that benefit another at cost to the actor.[7] Think of bees giving their lives defending a hive.

Moreover, when it comes to human relationships, the “born selfish” claim conflates self-fulfilling consequences with self-serving motives in our interactions with others. As George Bailey discovers when he receives unanticipated support from those he helped, genuinely caring about others can have positive but unsought personal outcomes: George was so gratefully rewarded precisely because he did not seek reward. Indeed, most of us recognize both giving and receiving, without vigilant demands of reciprocity, as wonderful hallmarks of human friendship.[8]

Finally, the “cultural virtue versus biological selfishness” claim attributes an utterly and idealistically disembodied goodness and autonomy to culture. Even if culture altogether transcended biology, that would not in itself elevate us to moral structures that value the welfare of others. We construct cultures from the Machiavellian to the merciful. But culture is not autonomous. Variability notwithstanding, there are widely shared central tendencies across human cultures—like the incest taboo—that plausibly reflect interaction between social-mediation and biological endowment.[9]

So our evolved biology is not unilaterally inclined toward selfishness, nor is culture a transcendent source of goodness. And failing to consider how culture and biology interact makes us more vulnerable to their ambivalent influence. Pascal observes that “humans are neither angels nor beasts, and unfortunately… those who would act the angel, act the beast”:  moral wisdom recognizes our unique capacities to envision the good but also our shared frailties in willing it into action. 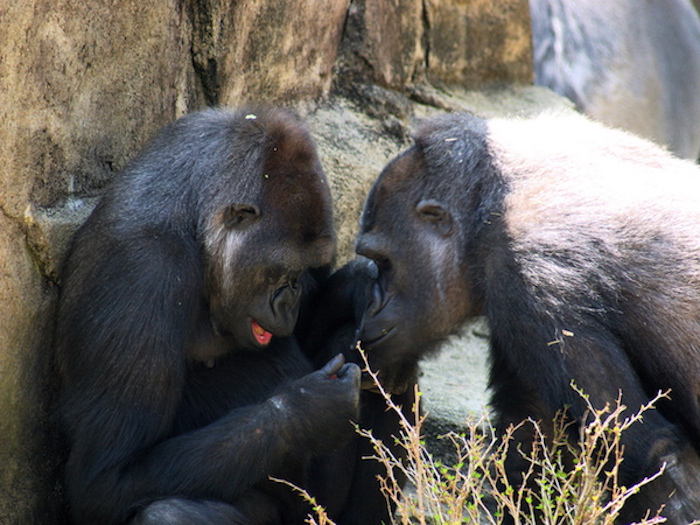 This involves another issue of ongoing debate: understanding how our biology “votes.” More nuanced and more vigorous than Darwin’s and Spencer’s differences, there continues to be disagreement over the extent to which natural selection can establish traits via benefits to groups in addition to—or even over—those of unrelated individuals. Such “group selection” might better facilitate the development of morality as a direct, and sometimes self-relinquishing, adaptation for social function.[10]

Two caveats are important. First, driven by competition, neither individual nor group level selection readily gives rise to sacrificing for those outside the group, or “love your enemy.” But second, what constitutes a “group” is not fixed. Here culture comes in, because social practices and values can influence—and indeed enlarge—how we attribute group identity and how we construe the domain of moral concern.

Indeed, the very idea of a distinctly “biological vote” in our behavior may be naïve, since all traits—especially higher cognition—are shaped by social environment.[11] And all the various evolutionary accounts of morality recognize that it has profoundly enlarged our fundamental capacities for sociality compared to other primates. Moreover, since morality’s origin, modulation over cultural history has progressively expanded the scale of social organization.[12] “Love your enemy” may be intrinsically harder than “love your neighbor,” but we recognize more folks as neighbors now than we did in the Paleolithic.

That brings us, then, to a third debate and back to Gould’s use of Wonderful Life: is evolution truly adirectional? While evolution itself is amoral, a widely recognized series of major evolutionary transitions reflect a profound directionality relevant to the emergence of morality. Living organisms have evolved from simple (prokaryotic) to complex (eukaryotic) cells, from single to multicellular organisms, from asexual to sexual reproducers, from solitary individuals to eusocial communities, and from primate to human societies.[13] Each of these transitions has entailed the emergence of new levels of collective function through obligate interdependence.[14] And with the emergence of human sociality, the scale of cooperation has continued to increase, facilitated by moral solutions to cooperative dilemmas and (more controversially) perhaps belief in moral deities.[15]

However, the emergence of morality is not the climax of a romance novel. Across scales of biotic organization—from genes to cells to social relations—the possibility of defecting on mutually beneficial interaction is ongoing. And the capacity for suffering due to social exclusion or betrayal emerges, then intensifies, over the course of evolution. Moreover, none of us plays a benignant role in the moral drama by rote recitation. Recall that George Bailey was torn by perceptions of tension between his own fulfillment and obligations to others. And George lived in the face-to-face community of Bedford Falls, not the teeming metropolis of New York City!

In writing this essay and considering the voluminous literature on these topics, I’m mindful that the good is considerably easier to talk about than to do. Thus, I appreciate the confession from Herbert Spencer, who, although he gave abundant license to pursuing self-interest, nevertheless acknowledged his own “daily” moral struggle, due “more from defect of will than of knowledge.”[16] In seeking a beneficent society, it’s important to contest significant differences in moral understanding. But it may be no less important to charitably acknowledge our shared defects of will. The most insidiously divisive out-group attributions consist in deeming others not just to be errant in moral knowledge, but—unlike “us”—to be corrupt in moral will. Being mindful of this, we might even find that some enemies become neighbors.

[2] Spencer thought the freedom to competitively pursue individual self-interest was a necessary means for human improvement, but he also believed it would ultimately lead to a struggle-free society where collective welfare is a by–product of individual flourishing.

[7] To be fair to Dawkins, later editions of Selfish Gene acknowledge this criticism of the “born selfish” claim and request readers to “mentally delete that rogue sentence and others like it.” But critics maintain that the rhetorical conflation of genetic vs. organismic selfishness and consequences vs. motives persists from preface to conclusion.

[8] For an erudite essay on this point from an evolutionary perspective, see Tooby & Cosmides “Friendship and the Banker’s Paradox” (Proceedings of British Academy, 1996, 88: 119-143.)

[15] Michael Ruse and Ara Norenzayan have differing contributions on this.