Of Kangaroos and Buckthorn 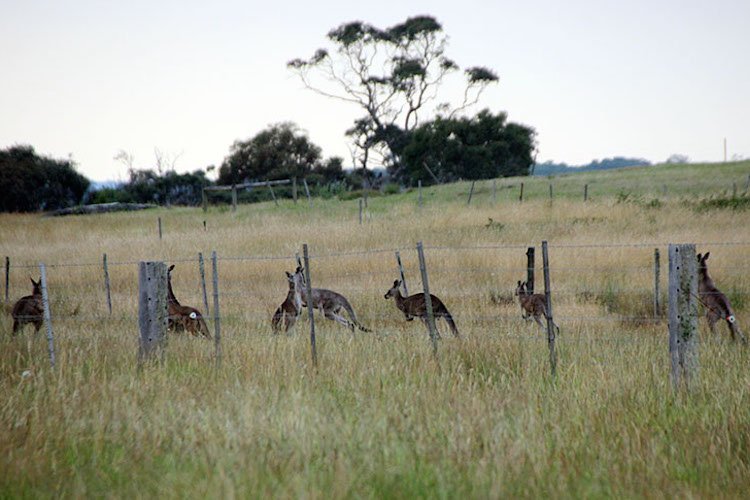 I was raised on a diet of Wild Kingdom, leading to the erroneous conclusion that conservation was something that happened in far away places for the sake of large charismatic species. I distinctly remember a “Save the Whales” bumper sticker in the back window of mom’s station wagon. As the years passed, I realized that the United States has environmental problems of its own and that I can support homegrown projects, help in my local forest preserve, and vote for candidates who will act in the interest of our beautiful country.

But I still have so much to learn about what it means to be a responsible adult in terms of our world, our nation, our land. You know: This land is your land, this land is my land. Does that mean anything to us anymore? I can be a bit slow on the uptake—a little dense, frankly. So it took a remarkable experience to bring my latest lesson home to me.

The catalyst was a couple of days on an Australian farm a few hours outside of Melbourne. Owned by the Australian Landscape Trust, the farm comprises 5000 acres alongside a large lake. There’s an old farmhouse and a dozen other buildings, built in the mid-1800s and in various stages of decay. 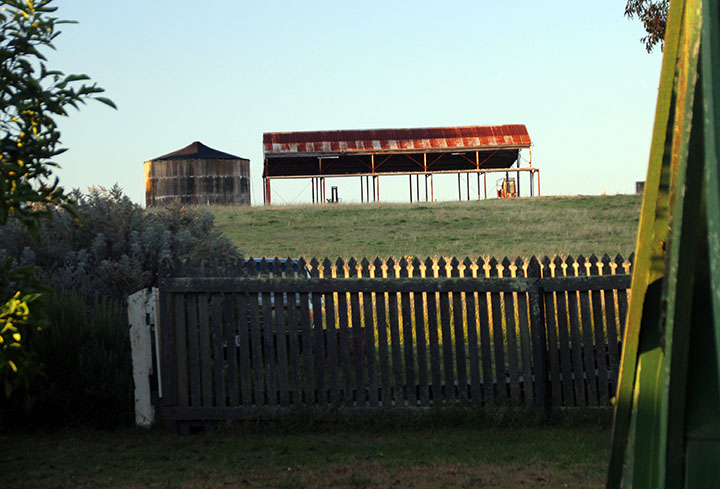 Providing shelter for human inhabitants clearly is not the point of this land. It’s a working farm dedicated to sustainable landscape practices. Thus, it’s meant for cattle, and there are some. But the story right now is the kangaroos, for they have moved in like nobody’s business. It is estimated that three thousand of the iconic marsupials are on the property, gobbling up plants intended for the cattle. It’s a mad scramble to erect kangaroo-proof fences, but it is hard to comprehend how the eviction will take place, exactly. Once you have that many creatures on that large a plot of land, how does one drive them out? 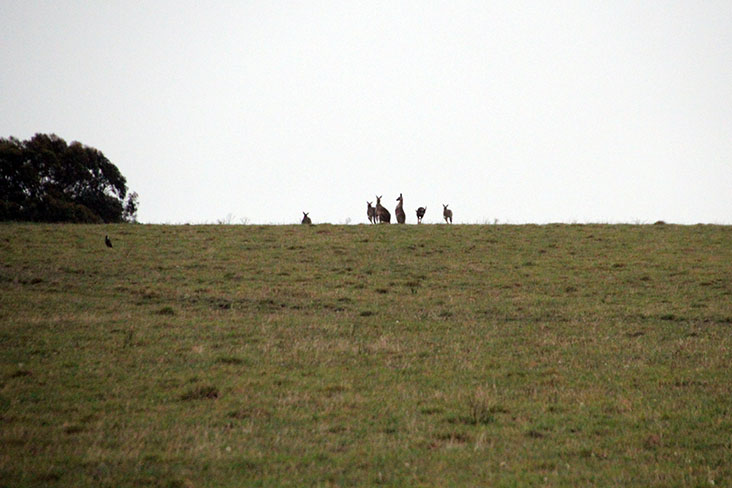 It’s an image I won’t soon forget, thousands of kangaroos bouncing around this farmland. But what impressed me even more was the devotion of the land managers to the property. These are people working for meager pay or even as volunteers for no pay. What they do is a labor of love.

And labor it is. Along with building new fences (many kilometers of them), they feed the cattle, move them from pasture to pasture, help with calving, and tend to their veterinary needs. Sun up to sun down, they work. They run tests on the soil quality, measuring carbon levels, trying restoration tactics that will ensure this land is fertile for the long run. And, in between, they fix up the buildings as they crumble, bolstering a wall here, re-plastering, repainting, rebuilding. 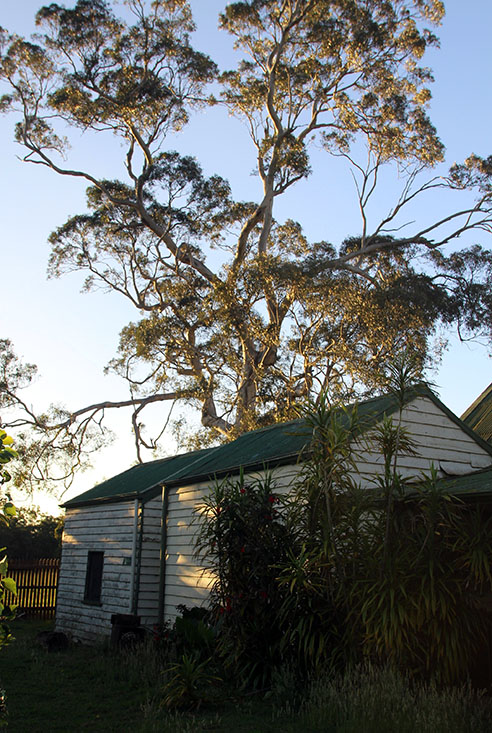 The human inhabitants here feel a sense of duty to the animals, to this land, to this place. The original owners have long since died, many others have passed through, but the land remains. And so this next crop of people does their best, using today’s knowledge to tend to the land’s health as best they can, despite extremely limited funds and manpower. 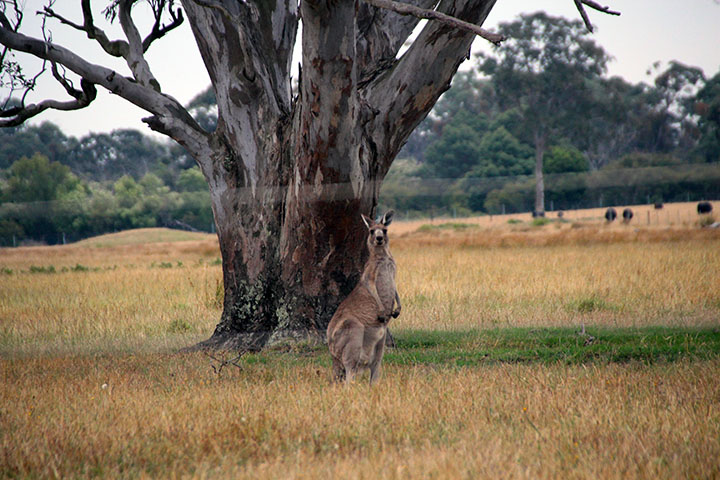 I confess I do not share this sense of duty to place. Do any of us city creatures? I’ll bet my right arm that old-school, subsistence farmers do, since their livelihood is tied up in their land. In order for them to be profitable, the land must be healthy, well-managed, well-maintained. But how about the rest of us? Have we lost that sense of responsibility to our place?

I keep my suburban yard mowed and take pride in my humble vegetable garden, but mainly to keep appearances up. I don’t know anything about soil quality or long-term environmental health. Is it any wonder that environmentalists are having a hard time convincing the American public of the major behavioral changes necessary to combat climate change? If we have lost our connection to OUR land, the emotional imperative to make inconvenient changes fades away as well.

Returning from Australia, Inauguration Day was fast upon us and my newsfeed filled with dire news about pipelines, gag orders for scientists, and climate change skepticism. It is February in Chicago—cold, drab, seemingly endless—and hope is a rare commodity. Those two days on an Australian farm left me ashamed, feeling that I’d taken my own little plot of land entirely for granted. I need to learn to be a better caretaker, to see myself as a temporary steward of this spot of earth that will someday soon be under someone else’s care. If I don’t care for it, who will?

There’s a local conservationist I admire. Andrew Van Gorp is young, just a few years out of college and already making a difference. He is president and founder of Sustain DuPage (www.sustaindupage.com), a grassroots nonprofit dedicated to helping make the county environmentally, socially, and economically sustainable. Among other projects, his organization is restoring forest preserve land, advocating for wise environmental policy, and creating a large community vegetable garden. Andrew is knowledgeable, hard-working, and, most importantly, passionate. His love for nature is palpable and contagious, attracting other people to the cause. 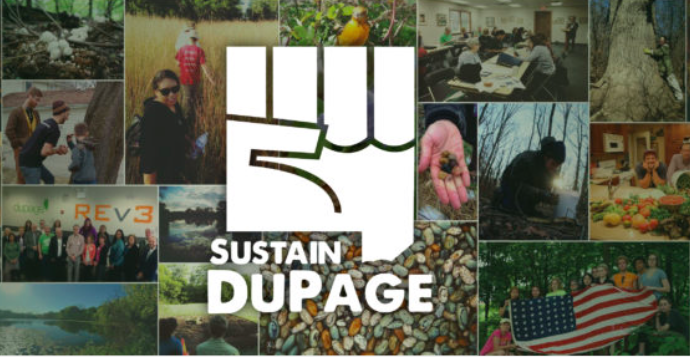 I asked Andrew how he got interested in environmental work. He said that when he was a teenager, his parents went through a difficult divorce. He coped by taking to the woods behind his house and found that, as he cleared invasive species and tended to this land, he gained internal balance. By nurturing his land back to well-being, his own emotional homeostasis returned.

Thanks to Andrew and a few thousand kangaroos, my new lesson is taking shape, then. Looking at my little spot of land, which backs up to a woodland, I see mainly buckthorn and other invasive species. Much like an anorexic model, it’s beautiful but it isn’t healthy. It is evident that the buckthorn is crowding out native species and taking over my property. The situation is my version of a kangaroo invasion. I had a landscape company come over to give me an estimate on removing the buckthorn and honeysuckle. Whew! It is considerably more than I am able to pay. Looks like some manual labor is in my future.

Maybe a physical challenge is just what I need. I relish the notion of wrestling these bushes into submission. I will soak in the fresh air, the crunch of last year’s leaves under my feet, even the inevitable scratches on my arms. At least it is real, honest, true. This is conservation. And the promise of planting new native saplings in the place of buckthorn is a visible sign of hope and rebirth. 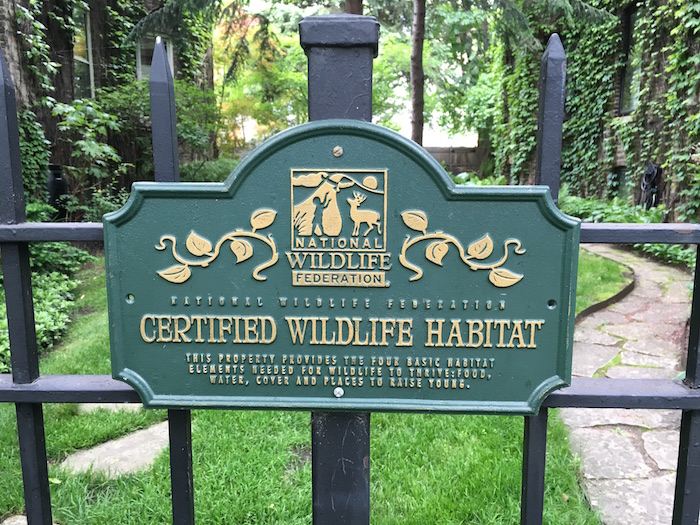 Perhaps, like Andrew, as I restore my immediate surroundings back to health, I will regain my own equilibrium. I’ve also signed up with a local group that shares my political convictions and together we will work on issues that concern us. Positive steps to help combat the engulfing negativity.

The irony that it took a large charismatic creature in a far away place to bring this lesson home to my backyard is not lost on me. I told you I was a little slow on the uptake.

So if you happen to come across a middle-aged suburban mom swearing at the shrubbery as she brandishes large clippers, don’t be alarmed. It’s actually a work in progress. Her own labor of love. A reclaiming of my land. Of OUR land.