Of Woolly Truths and Mammoth Fears

When I wrote Theft: A Novel, it felt imperative to include an endangered species in the story to illuminate one aspect of the complex theme of theft. Since the novel took place in New Mexico, the Mexican Wolf (the Lobo) was the obvious choice. At the outset, I knew nothing about Lobos. I didn’t know every Lobo in the rehabilitation program today came from only seven remaining wild Lobos in the 80s and that—against the odds of a very limited gene pool—scientists were able to grow the population back to about three hundred. Due largely to socio-political biases, only about one hundred of those Lobos live in the wild today, up from fifty-one in 2014.

As I wrote Theft, I learned a fair amount about Lobos, rewilding, and de-extinction. I read papers on the Woolly Mammoth and the Red River Soft-shell Turtle, and I devoured so many essays about Passenger Pigeons and Ivory-billed Woodpeckers that the birds have now been resurrected in my imagination. When I walk through forests, I can hear the laughter of the Lord God Bird (a nickname given to the Ivory-billed Woodpecker for the awe it inspired). In semi-urban areas, I can feel the sky darkening as clouds of Passenger Pigeons clamor overhead. I sometimes feel—viscerally—as if I am the fisherman who stomped on the single remaining egg of the Great Auk on the Eldey Islands off the coast of Iceland in 1844, thereby crushing out that species forever. I can feel the crustacean-like crunch of the eggshell under my boot, the paper-thin skin of the embryo splitting, the life oozing out underfoot. I can smell the salty-cold air as I take my next step—and with that step, the world becomes a different place. It becomes less than.

As a writer, this is my realm: imagination and story. To me, as the poet Muriel Rukeyser has said, “The universe is made of stories, not atoms.”

One classic aspect of character development in story is the fatal flaw, and one archetypal fatal flaw is hubris. Sadly, hubris and its close cousin arrogance don’t show any sign of imminent extinction. And, as far as I can tell, they’re both alive and well in arguments about rewilding and de-extinction.

In his talk, “De-Extinction: Hubris or Hope?” Hank Greely states that, for many (though not necessarily for himself), bringing back extinct species wreaks of “playing God.”[1] Yet, Greely suggests that bringing back recently extinct species—specifically species we, as humans, are responsible for destroying—may offer hope.

I stand firmly on the side of hope. I believe we should do all we can to bring back recently lost species that have been expunged by human activity. (Aren’t our daily actions—the ones that have resulted in mass extinctions and global climate change—already a means of playing God?) I find more arrogance in arguments against de-extinction than I do in those for it. The prominent “con” arguments I, as a layperson, have read are these:

The common denominator in these arguments is fear, a powerful emotion capable of contorting logic. 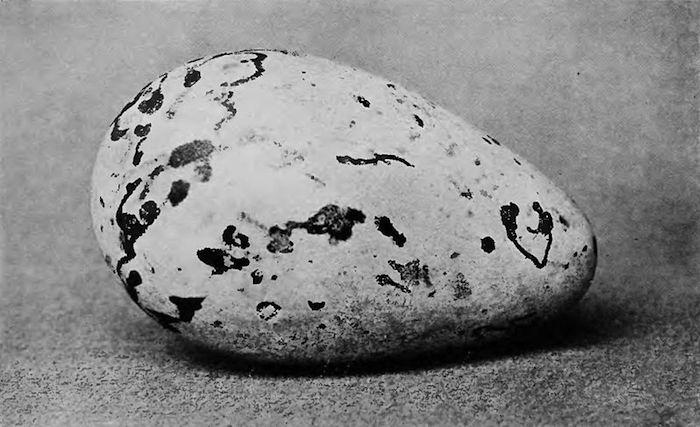 At a panel during the 2015 Conference on World Affairs in Boulder, Colorado, William Rees, bio-ecologist and developer of the concept of the ecological footprint, reminded us of one reason some people doubt the incontrovertible science of climate change: “Our brains evolved to be alarmed by predators, lightning—those sorts of things. We did not evolve to respond to a threat scientists tell us is going to evolve in ten to fifteen years.”[2] Pair this with the fact that pop culture myths have somehow seeped into our collective unconscious and planted seeds of absurd Jurassic Park-like fears about de-extinction. Even the renowned science writer Carl Zimmer tries to assuage these unrealistic fears in his audience. “Perhaps there’s not much risk of them running amok,” he says, “I doubt you’d have to worry about a Steller’s Sea Cow eating you.”

A Steller’s Sea Cow was a gentle creature, and Dr. Zimmer is joking to soften the ground. But here’s the thing: I want to worry about being eaten by a large predator. When I walk in the woods, I want to know I am so much a part of the weave of life that I might become food for some other species (as I will, inevitably, after I die). No, this is not a death wish. It’s a celebration of life—all of it. It’s the exuberance I feel when I know I’m inextricably and physically (not just “spiritually”) linked to every living thing. Perhaps if we were more in touch with the experience of being prey, we’d be less arrogant in the face of other natural threats, like climate change.

As a writer I know that an extended metaphor is tangible once the foundational metaphor is understood. Likewise, we might stand a better chance of responding effectively to the extended threat of climate change if our foundational threats were more immediate—not extinct or distant. As recently as 11,000 years ago, the Saber-toothed Cat and the American Lion hunted the American West, and I’d welcome their de-extinction now. We need lions and lightning to remind us of how vulnerable we are in the face of nature.

I rely on my imagination for my livelihood, and I have a hard time imagining how and why not bringing back species will “teach us a lesson” about future extinctions; it has never done so in the past. In the midst of what has been termed “the sixth extinction,” it’s pretty clear that we’ve been riding the Galloway Pony in the wrong direction for eons. We don’t need more proof to convince reasonable minds that extinction is real. On the other hand, resurrecting and rewilding species empowers us to do more of the same.

Walk with me in my imaginary world for a moment: pretend that you stomped out the last Great Auk. That was 171 years ago, when you didn’t have the intricate understanding of evolutionary biology that you do now. But it’s 2015, and you have the chance to rewind, to lift your boot from that eggshell, to let that bird live. Do you do it?

Imagine this: it’s 2015. You’re in northern Alaska, and you spot a Woolly Mammoth in the wild. Do you feel awe when faced with its size and beauty? Or do you curse the fools who brought that animal back from extinction because you’re frightened of it? Or maybe you embrace the fact that fear often deepens the experience of awe.

I’m not a scientist. I’m a storyteller. And as a storyteller, I’m grateful to scientists for making it possible for us to discard the story of loss and fear in favor of the story of hope and healing. There’s more work to be done, yes, but to “pull the plug” and back away from this rare second chance would be the ultimate hubris of our species. We must cast our fears aside and move forward. Imagine the beauty of species resurrection, the texture of diversity, and the humility humans might experience by embracing our fears. Imagine the healing.