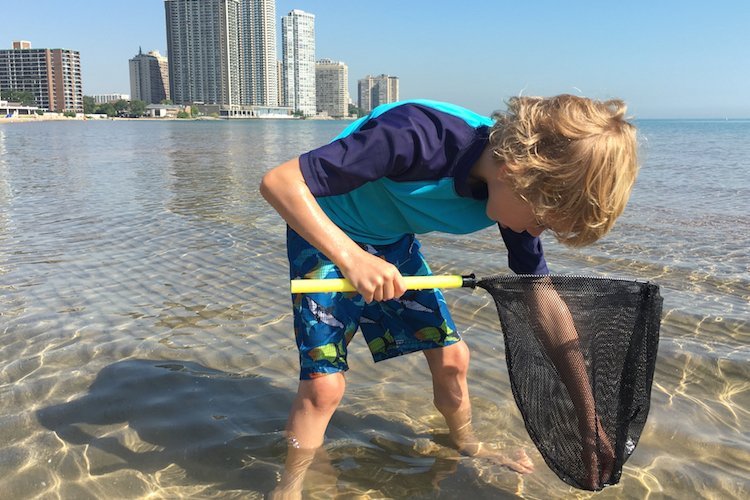 My 8-year-old son is an urban naturalist. He likes Pokémon and Legos, just like any other kid his age, but early on my husband and I saw signs that his first love was the world under his feet.

As a toddler, he sought out sensory experiences with nature. He took mud play to a new level; he was magnetically drawn to water; and sand seemed to be a staple food group in his diet. When he was three, he made a worm farm in our kitchen. He loved to sit on the floor and rake his fingers through the dirt to see how many new worms had popped up since he last checked. 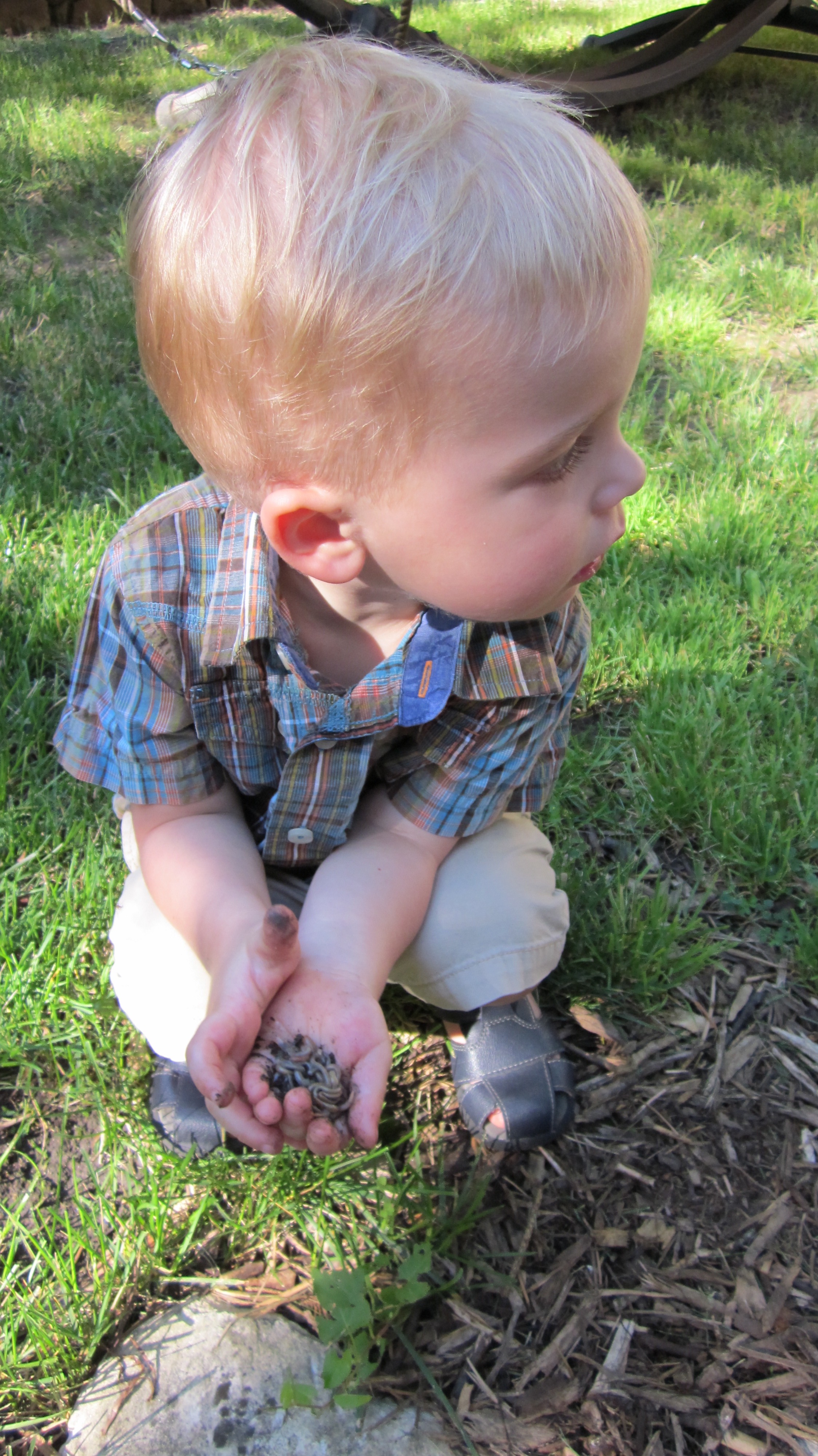 We soon realized that we had to let go of our initial parental instincts to keep our son tidy and germ-free. So, when he played in dirt at the park, instead of ushering him away and chastising him for getting his pants dirty, I just made sure we had wipes and extra clothes with us at all times.

As he grew older, we noticed that he shifted into exploration mode as soon as we stepped foot out the door. While other kids kicked around soccer balls, he turned over rocks to find ant larvae. Dead bugs, cicada exoskeletons, crawfish claws that washed up on the beach—nature’s artifacts fascinated him to no end. By age four, he had amassed an extensive collection of rocks, fossils, and seashells. That’s when I learned that packing a few collection bags on the way out the door was easier than picking rocks and shells out of the bottom of the washing machine. 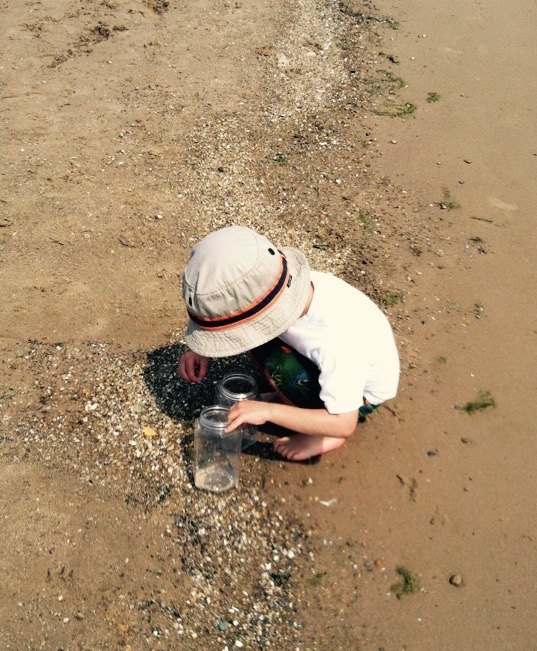 I admire his ability to find new ways to interact with nature, even in a city of nearly three million people where the most recognizable landscape is that of skyscrapers and street grids. He picks up on the little things that most kids, and most adults, might walk past without even noticing.

I recall being a bit of an urban explorer myself. Opportunities to engage with nature were not always abundant in my childhood but, in hindsight, I now recognize that nature was all around me.

I grew up in Chicago, in a blue-collar Polish neighborhood tucked in between an airport and a handful of factories and industrial plants. The nearest park comprised a pitted asphalt track and a dusty baseball diamond surrounded by a chain-link fence. Play lots and community gardens were nearly non-existent in Chicago in the 1970s and the closest body of water was more than ten miles away (i.e., three busses and ninety minutes each way).

But life in the city wasn’t completely devoid of the sights, sounds, and smells of nature. My three siblings and I were creative, if nothing else. We worked with what was close to home and learned to “live off the land,” Chicago style. (More on that later.) 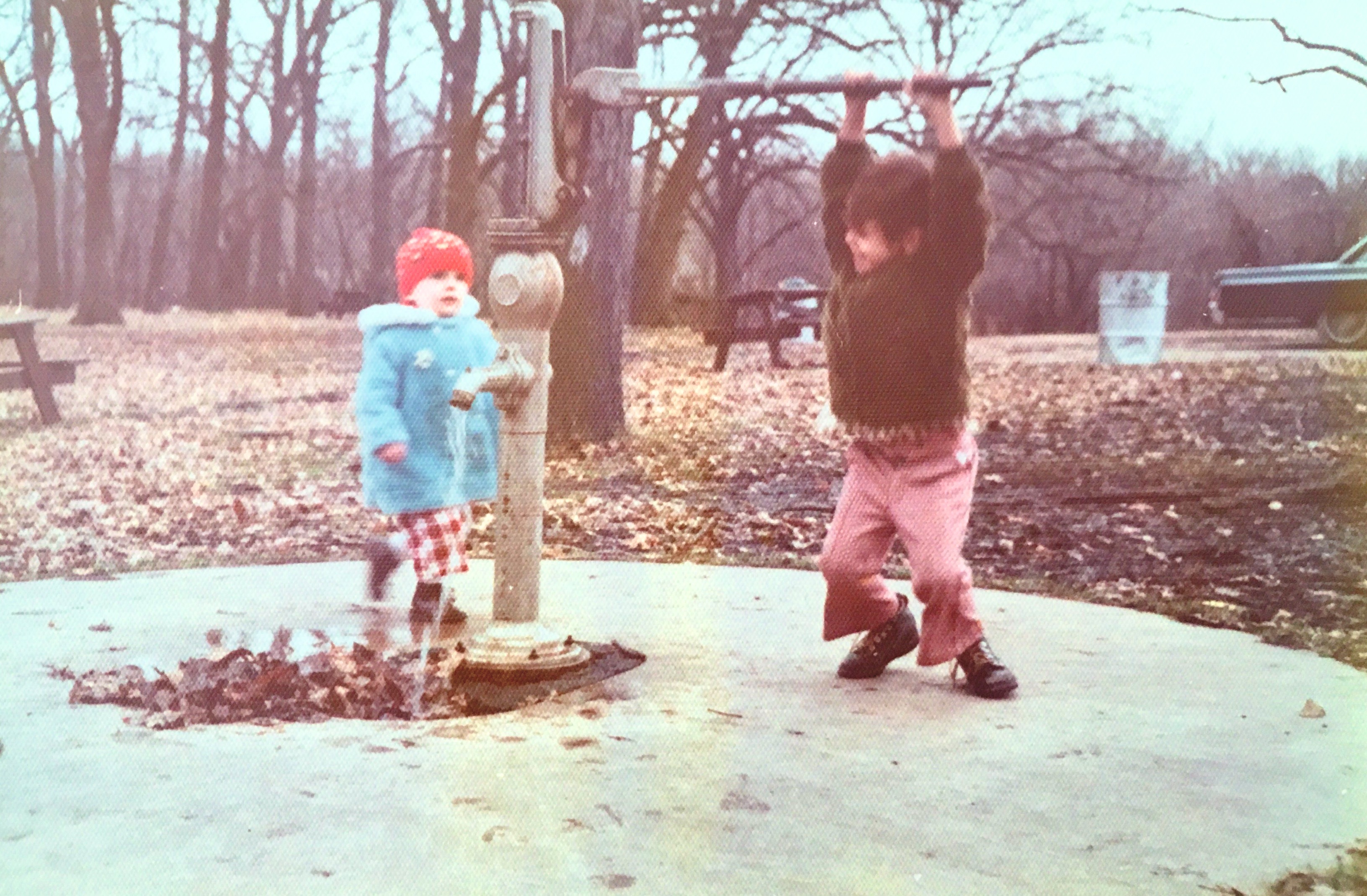 We did what typical city kids did in the 1970s. All four of us learned to ride a bike in a gravel parking lot behind a meat packing plant. Scorching summer days meant it was time to put on our bathing suits and open a fire hydrant. A dumpster in our ally doubled as a hide-and-go-seek hotspot.

The closest we got to “wildlife” was watching our dog chase squirrels—and occasionally an opossum—out of our backyard. Spotting a rabbit or a cardinal was such a rare treat that I’d run into the house and share the news with the same exuberance of a kid on Christmas morning.

One of my husband’s favorite stories about my childhood is the time my sibs and I “lived off the land.” We set up “camp” in a large vacant lot at the end of our block. “Farmer’s Field,” as we called it, sat between a steel fabricator and a railroad yard. We warmed up Campbell’s tomato soup over a small “campfire” and leveraged our location near a number of factories to round out our camping experience by procuring free candy bars from the nearby World’s Finest Chocolate factory, buying tamales for a quarter from the Tom-Tom Tamale kitchen, and relying on Royal Crown bottling company for free cans of soda. Not exactly the USDA food pyramid, but that was our idea of living off the land.

Along with these uniquely urban experiences, small encounters with nature peppered my childhood.

We picked more mulberries than we could eat. We made inedible, yet attractive meals out of maple seeds (“helicopters”), chestnuts, and berries.

We dug up worms, rolled pill bugs around in the palms of our hands, and had contests to see who could catch the most lightening bugs.

My family is bound up in these memories. A collection of dandelions, accented with clover, put a smile on my mom’s face. I can still taste the perfect balance of sweetness and acidity in the tomatoes my dad grew in a modest square of rocky soil. I also remember the sour taste of the crab apples we picked in my aunt’s backyard.

One of my favorite memories of childhood is seeing our magnolia tree bloom every spring. I loved that tree so much. As soon as I had a home of my own, I planted a magnolia in the backyard.

Nature beyond the neighborhood was also a part of my childhood experiences. We ventured out beyond city limits for walks in the local forest preserve—if I had a nickel for every time we got lost—and we usually made a family trip to Minnesota every summer. The campground there had a small lake where we chased frogs and where I developed a lasting love of fishing.

These early “micro” exposures to nature collectively made a significant impression on me. Seed by seed, berry by berry, I developed respect for the natural world around me. I’d like to think that I passed that on to my son.

So, when my son chooses to organize a nature club in the bushes behind the playground (near a dumpster, of course!) after school instead of playing tag, I encourage him. When he runs outside to play in the rain while other kids are running for cover, I get out my boots and join him in racing stick boats down flooded gutters. Digging up worms, harvesting mulberries, chasing butterflies, and collecting seeds… I revel in all of it with him, and it makes me smile. 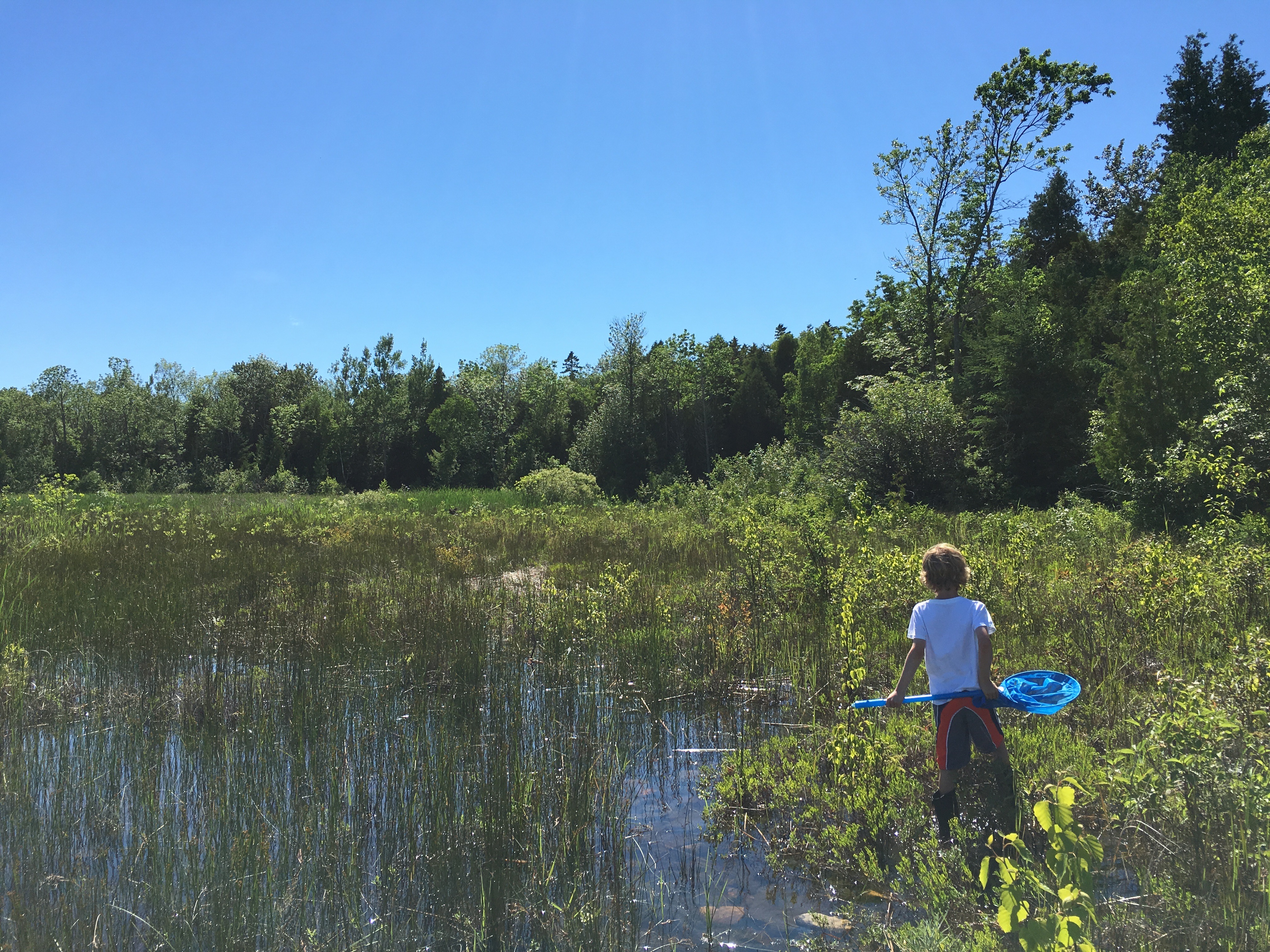 His after-school nature club has developed quite a following and he’s known among the 3rd grade crowd as “the nature kid.” He’ll have time to catch up on soccer later; in the meantime, he’s developing organizational skills and learning to share his ideas and insights with others, all while building a valuable repository of knowledge. He fully intends to be a paleontologist when he grows up, and I have no doubt he will reach that goal. He may look back as an adult and realize, as I have, that it all started with getting his hands dirty in Chicago mud.