Pointing out a Fallacy: In Defense of the Fan Palm 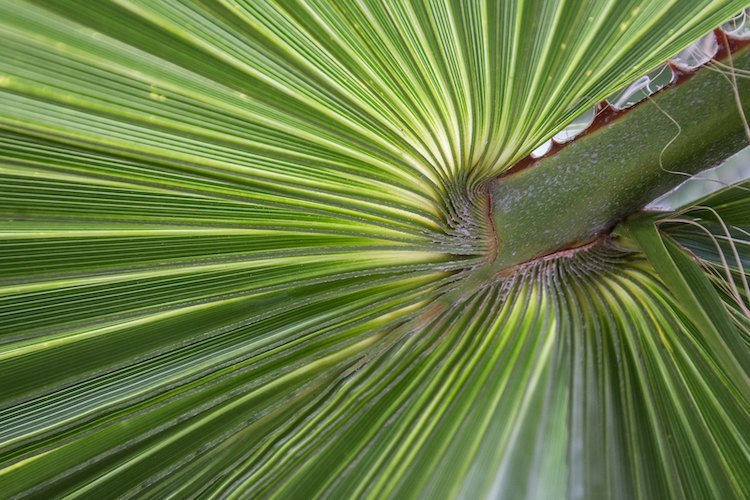 There she stood. Or, rather, slumped. The herbicide had killed her. The lovely outing, with its chorus of riparian bird song, and occasional frog song, ended on a disconcerting note. We had been walking the trails of a park in the City of Phoenix, which serves double duty as an ecological restoration area, along the once majestic Salt River (her water now contained in a series of canals).

“Garlon? They really used Garlon?” The sign warning of the toxic herbicide was clearly posted, to protect me, my partner Matt, and other literate creatures from becoming non-target victims. As sad as the intended death was, I believe the intentions of those in charge of the city’s vegetation management were good. They were trying to recreate the flora that was present before the dams were erected and before the river’s water was diverted to feed farms and lawns as well as those luxurious playgrounds of the rich (by which, of course, I mean golf courses).

Why is the City killing her? Why did they target Desert Fan Palm, that regal creature who towers above the crowd?

She is not even an exotic species, per se. She is not so much expanding her geographic range as increasing her abundance within it. And why shouldn’t she? We were the ones (our grandparents, anyway) who planted her along roadsides. We were the ones who tamed the rivers. True, these Fan Palms, not long ago, did not venture beyond spring-fed canyons where groundwater welled up to reach their fibrous roots but that is because they did not find the large desert rivers, such as the one we were hiking, to their liking. They lack capacity to survive their fearsome scour. We humans are not fond of destructive floods either and so at bedrock-suitable points along rivers we captured their flows in reservoirs to dole out as we see fit. A trickle remains in the Salt River, though, allowing the Palms to revel in this novel below-dam oasis.

“Stop being control freaks!” I want to yell, while realizing the irony of my edict. Instead, I will point out a fallacy. When you insist that the biological elements of your restoration site not differ from those of the past, without insisting that the physical processes that influence the biota adhere to this same standard, you will succeed only in failing. If you are not willing (or able) to restore the powerful floods that once laid bare the seed beds for the mighty Cottonwoods and Willows, those whom you are trying so desperately to restore, please be willing to accept (and respect) the life that will grow.

“Ought” and “should” are troublesome words. Palm groves along this big desert river are at odds with the vision of some about what the riparian plant life should be. So, they kill her (and her friends) and plant others. This entails a heck of a lot of death and destruction (and gardening) in what should, in my purview, be a wilder and kinder zone. This case is not an isolated example. I cringe when I hear of Barred Owls being sacrificed to (theoretically) save the Spotted ones in the forests and when I read of Russian Olives being uprooted so that Fremont Cottonwoods can (theoretically) take their place in rivers nearby. It is not prudent to harm our neighbors in the false hope of saving others. We would be better served if we abided by the principle that guides those in health care: primum non nocere. First, do no harm.

It is frustrating to live on the margins of a mainstreamview of conservationists who want the inhabitants of natural areas to conform to a rigid set of rules. I do take some comfort, though, in knowing that these lovely monocots, who are trying hard to be trees without benefit of secondary xylem, continue to increase in abundance despite efforts to thwart them. And, how lovely… I can turn my head to look out the east window and see the Palm who germinated in our own irrigated oasis, aided by a Coyote who spread her seeds. I can listen to the birds who flock to her canopy and feed on her berries. In our daily walkabouts, Matt and I can peer under her skirt—her ring of old fronds—and find bats, spiders, and even, at times, mushrooms! I can be mesmerized, and calmed, by the patterns in her starburst leaves.

During my years as a riparian ecologist, studying dynamic desert rivers, I learned many “non-target” lessons. One was the importance of accepting, and embracing, change. The floods of the pre-dam Salt River were powerful—draining, as they did, mountainous and arid watersheds. The flood waters scoured new channels within the wide floodplain, along which new generations of trees took root, leaving the abandoned channels high and dry. The stream of thought within conservation biology will change too, some day, whether gradually or abruptly. Then, hopefully, my vision will align with that of my fellow plant lovers. I am tired of tripping over barriers built from native and exotic, ought and should, and command and control. Let’s remove them, already. And, while we are at it, let’s put the herbicide back in the closet. Keep it out of my playground. The frogs will be happier if we do.