Process or Product: The Inextricable Beauty of Nature and Art

Not far from where I live sits about five thousand acres of land dedicated to wildlife and flora that is, like me, native to Colorado. Fish and Wildlife Service has worked for decades to restore this land to its natural state. Deer graze. Cougars hunt. The endangered Preble’s Jumping Mouse is prevalent. Walk here in crepuscular hours, and the resonant call of Great Horned Owls will tunnel through the darkness. You won’t so much hear the sound as feel it, a sound you could believe rises up from the hollow of your own chest.

I live in Boulder County, a place brimming with preserved land and nature trails. In fact, when writer-activist Jedediah Purdy mentioned Boulder in an interview, it was in contrast to his home state, West Virginia, where coal mining and mountain-top removal have visibly scarred the land.[1] He pointed to Boulder as a place with so much protected land that “it might not break your heart” like West Virginia.

But there are few places on earth more “unnatural” than the five thousand acres known as Rocky Flats Wildlife Refuge, in adjacent Jefferson County, CO. More than seventy thousand nuclear triggers were produced on this land. A nuclear trigger isn’t a toggle switch that “triggers” something else. It’s a disk loaded with enough plutonium to cause a blast like the one that devastated Hiroshima.

A recent gathering of scientists in Boulder claimed that people “should be permanently prevented from setting foot anywhere near Rocky Flats because of the risks from the millions of tiny particles of plutonium in the soil—any one of which, they said, if breathed in might lodge in your lungs, irradiating and ultimately killing you.”[3]

I was born about twelve miles from Rocky Flats. On September 11, 1957, three months after my birth, there was a fire at Rocky Flats that went unreported (the EPA didn’t exist back then). Kristen Iverson, author of Full Body Burden and a friend raised near my hometown, states:

Based on soil and water tests completed decades later that detected the presence of [plutonium], some experts—despite the government’s insistence that there has never been a criticality* at Rocky Flats—believe that a criticality accident producing various fission products may have occurred on September 11, 1957.[4]

From 1987–1994 I experienced a debilitating illness that stymied my doctors. Coincidentally, my best friend from childhood (living thousands of miles from me now) suffered very similar symptoms. No doubt I’ll carry bits of Rocky Flats with me forever.

There are so many ways to break the human heart—most of them unseen.

And so, what is nature? I don’t mean what is left of nature? Humans have been altering and destroying it for eons.[5] There is no Golden Age to hark back to.

In my romantic youth, I might have said “nature” was something as close to the moment of creation as possible, something pure and untouched by human hands. I might have dreamed that in some lost wood such a place existed.

I might also have dreamed that the interior of my body was an unaltered territory—a wilderness, if you will. But if I had gone unaltered, I’d have died at five when my appendix burst and human hands reached into my wilderness to save me.

There’s also this: during a major depression, I believe “nature” quite literally saved my life. Daily I ventured into a redwood forest in California, and there, my unbalanced brain somehow healed itself.

Still, I have no real idea of what nature is. I cannot grasp, imagine, or define anything “natural.” I look out at Rocky Flats and all that native life, and I know it is mostly artificial—engineered by humans to cover up a toxic wasteland.

Land and sky unaltered by human hands (what we call nature) is inaccessible to me, to anyone. Naming “nature” has allowed us to compartmentalize the vastness of nonhuman life and bend it to our human desires. 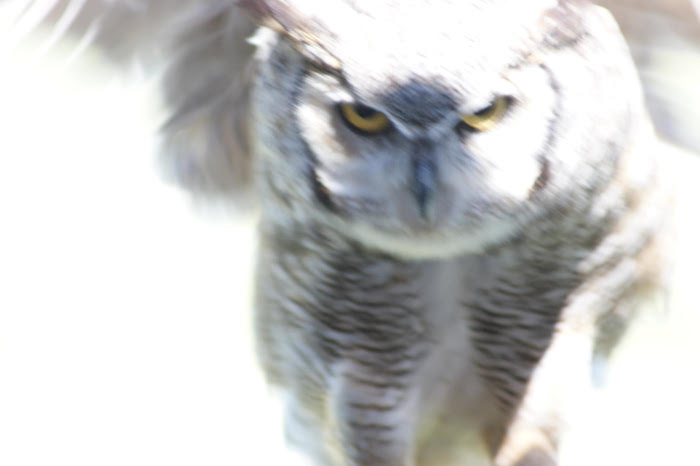 But “Nature” can never be a thing. Unlike any object created by humans, Nature is always in process. It never is. It is constantly becoming. When it stops becoming, it transforms into not-nature. Then, it is sheer object (a tree = a chair; an element = a bomb). And in our mainstream culture, objects are either used or discarded.

Our culture values product. We live in a culture that has very little understanding of—and therefore little value for—process.

“I’m a writer,” I might say. And the question that often follows is, “Have you published?”

“This is the earth,” we might say, and the question we hear back from the powers that be is, “How much product does it yield?”

From process to product in three seconds or less.

As John Fowles has said in The Tree, “The danger in both art and nature is that all emphasis is placed on the created, not the [act of] creation.”[6]

My inability to name the thing I experience as Nature is exactly what makes me know that, even beneath the human arrogance that turns Nature to nature and process to product—even beneath the tainted earth at Rocky Flats—Nature is still becoming.

What happens when I’m apart from Nature is that my ability to lose my tiresome, egotistical Self in it vanishes. When that happens, my only recourse is to value the product, the thing I can name. At that point, I become a creature who values only use; and the logical extension of valuing use can only be a constant state of ownership, which leads inevitably to avarice, competition, and greed.

And that’s where we are now, as a culture.

What happens if we are apart from Nature? We can name everything and own everything (even nature).

What happens if we are a part of  Nature? We become comfortable with uncertainty, with not-knowing, not-naming, not-owning. Our egos disappear into a world that is bigger than our selves can imagine.

When I was three months old, my newborn lungs breathed in the fumes of destruction, of war, of plutonium, of cancer, of a criticality that could not be measured. I carry those seeds within me and breathe them with every breath. And I carry, also, something unnamable but audible in the resonant call of a Great Horned Owl tunneling through the night as if from the hollow of my own chest.

* “A critical or supercritical fission reaction…generally only occurs inside reactor cores and occasionally within test environments; a criticality accident occurs when the same reaction is achieved unintentionally and in an unsafe environment. Though dangerous and frequently lethal to humans within the immediate area, the critical mass formed is still incapable of producing a nuclear detonation.”