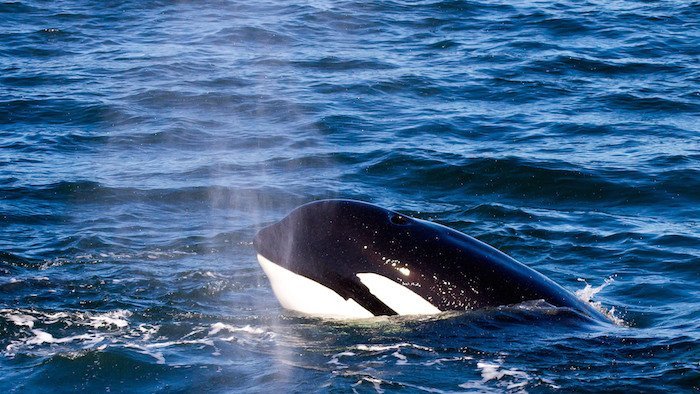 The first time I saw a killer whale (or orca) was at a theme park, the now defunct Marineland of the Pacific in California, in the late 1970s. I went to the park because I had determined, some two or three years earlier, that I wanted to be a dolphin biologist after seeing a wildlife special on television. The two orcas held there—Orky and Corky—were among the survivors of the more than fifty-five whales captured from the eastern North Pacific Ocean (off the coasts of Washington and British Columbia) in the 1960s and early 1970s. I thought the sheer size of the animals was awe-inspiring, and they seemed even larger because of the comparatively tiny tank in which they were held and our thrilling proximity.

About twelve years later, I was conducting my doctoral research in British Columbia. Once again I was within touching distance of an orca, but this time the whale in question was free ranging, a young female from the population known as the “northern resident community.” Orky and Corky had been captured here twenty years before. Their relative—a cousin, perhaps—had come right up to the rocky shore where I was standing on a very narrow ledge. She had chased a 35-pound salmon into a crevice at mid-tide and was waiting for the fish to become anoxic—to struggle for oxygen—as she blocked the flow of water into the crack where the fish was hiding. I slowly approached, wondering if there would come a point when she would give up her vigil because I was too close. (If this sounds slightly mad, it should. I’m older and wiser now and for her sake and mine wouldn’t do this today.) She never moved, although when I finally stopped, I could have leaned out over the water and touched her smooth, rubbery skin.

This encounter surpassed the awe I’d felt seeing Orky and Corky. I was very aware of the mind behind the eye gazing pointedly at me. The orca clearly knew I was there, but her priorities were clear. I was not a sufficient threat to make her lose this meal.

These two encounters were very different. During the first, at Marineland, I was focused on my feelings: I was in awe, I was amazed, I was thrilled to be up close and personal with these massive animals. But during the second, I was focused on the whale: I was curious about her thoughts, I wondered about her future, I was thrilled that she allowed me to be so close to her, even if this was an expression of tolerance rather than interest. In the first instance, the whales had no choice but to allow me near. In the second, the whale was in complete control of our encounter.

Zoos and aquariums often say that people will only protect and love what they know. By this, they mean that people have to see and hear and even touch the real animal to care enough to conserve it in the wild, hence the need for zoos. I have never really observed this cause-and-effect reaction myself, although some of my colleagues in the conservation field say this is how they decided on their careers. In my direct experience watching the visitors at these attractions, it’s apparent that they’re enjoying themselves, but developing a conservation ethic? As far as I can tell, the ethic doesn’t arise at the zoo; visitors enter the gate motivated to aid conservation or not. The zoo visit doesn’t change either condition. There is, in fact, research to support this perception.[1, 2]

I think this is because what happens at the zoo is self-centered. People come for their own purposes, which might be entertainment or education, but they typically don’t come to wonder what the animal on display is thinking or feeling. Visitors are often thrilled with what they see at the zoo, but they rarely empathize with the animals. Quite frankly, if they did, they’d probably feel uncomfortable—even in a “good” zoo, it’s hard not to realize a captive animal has no real control over its life—and people don’t come to the zoo to feel uncomfortable. I believe that empathy is essential to developing a true animal protection ethic, so in my opinion, zoos are not accomplishing what they claim to.

But even if this “must see to protect” claim were correct, then zoos are condemning all the many species they don’t display to extinction; that’s where this claim’s logic leads, which I’m sure wasn’t the intention. Thankfully, seeing a living individual isn’t necessary to foster fascination with a species. There are many species no zoo displays—humpback whales, great white sharks, and all the dinosaurs—that are beloved by many an eight-year-old.

Zoos and aquariums should be promoting biodiversity, but simply by virtue of the limited number of species they display—species that will draw in visitors and “sell” a zoo visit to them—zoos are downplaying its importance. An obvious example of this occurred when the Smithsonian’s National Zoo in Washington, DC, closed its invertebrate house. The zoo allowed lack of visitor interest to degrade its educational message about the importance of biodiversity, rather than work harder to make that educational message effective and compelling.

This focus on the “sale” is never truer than with species held in commercial facilities. All orcas are held in commercial facilities, which is the result both of the high cost of maintaining the animals and the extraordinary interest the general public has for this most charismatic and “mega” of charismatic megafauna. People will pay a lot to see an orca perform (although this may be less true today than it was only five years ago). When profit is involved, issues such as species protection are clearly and obviously going to be secondary. It’s illogical to expect that a commercial operation, especially one with shareholders as a top priority, will put the interests of its animal residents first. 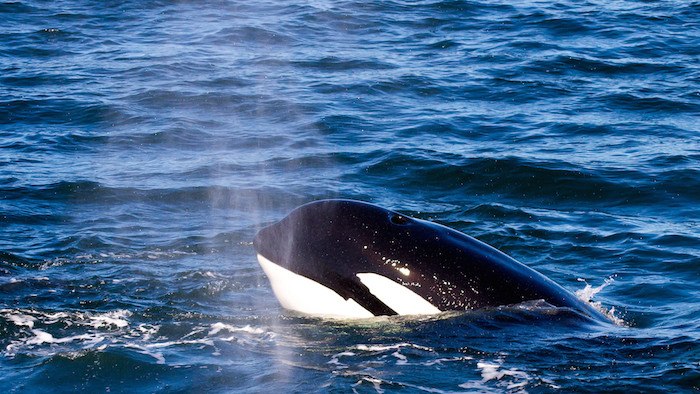 If people who view an orca exhibit feel empathy for the animals, they usually recognize that the welfare of this huge mammal could not possibly be maximized, or even adequate, in a tank that is no bigger than many backyards. People who confine their dog to a backyard, even a big one, and never take the dog for walks are considered bad pet owners. So what does that make the operators of a commercial theme park keeping several orcas in a concrete tank? What does that make the trainers who care for these whales? Or the people who visit these theme parks to enjoy the orca show?

I don’t think it makes any of them deliberately abusive or supportive of abuse. But to me, it does strongly suggest that these folks aren’t empathizing with these confined behemoths. They can somehow ignore the deformed dorsal fins, bad teeth, and listless logging at the surface. They don’t see things from the whale’s point of view.

Zoos and aquariums may inspire awe in visitors with their displays of the world’s amazing wildlife. But I don’t believe they are creating empathy. Despite their intentions (and I accept that some zoos fully intend to foster empathy and connection in their visitors), they are not creating respect for the animals as individuals who deserve to exist in nature as part of the intricate tapestry of biodiversity. These zoos aren’t actually connecting humans with nature. They are capturing a snapshot of a tiny corner of nature for humans to enjoy, which is not the same thing.

It’s time for zoos and aquariums to take stock and decide on their future direction. They must stop displaying animals because the animals are cute, awe-inspiring, or beautiful, and start displaying ecosystems, the food-web building blocks, and all the smaller, nondescript, plain-Jane species that make the biosphere go ‘round. They need to keep their invertebrate houses and make the exhibits compelling. They need to come up with innovative and clever ways of making biodiversity and uncharismatic meso- and microfauna a strong draw. And most importantly from an animal welfare standpoint, they need to end the exhibition of large, wide-ranging species, like orcas, that do not thrive in confinement.[3] Until zoos and aquariums take on these tasks, their displays will be filled with animals but empty of empathy.