Reciprocity and Responsibility: An Interview with Alejandro Frid 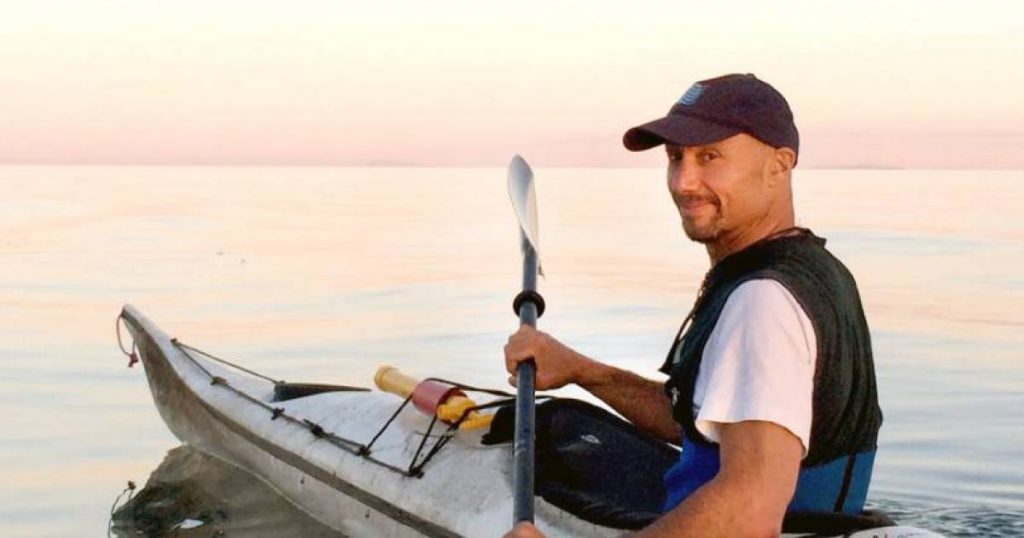 Alejandro Frid is an ecologist for First Nations of British Columbia’s Central Coast as well as a professor at the University of Victoria. He works collaboratively with First Nations on the integration of traditional knowledge and Western science to advance conservation and revitalize Indigenous control of their resources. Alejandro is also my neighbor in a small island community in Southern British Columbia, not far from Vancouver. The waters that surround us have seen a remarkable recovery in the past decade following the shutdown of polluting industrial projects and the efforts of concerned citizens and citizen scientists. Good days at the beach involve orca sightings. The region has also witnessed the resurgence of the Squamish nation and its culture. Members of this community are learning the old names for this place: Atl’kitsem (Howe Sound) and Nexwlélexm (Bowen Island).

At the time of our interview, railroads and highways across Canada were being blocked in support of the Wet’suwet’en hereditary chiefs in northern British Columbia, who refused to allow oil and gas workers onto their traditional territory. With Canada’s national police force making arrests and circling overhead in helicopters, the headlines were bringing the complexity of colonialism and its legal structures into view for the wider public.

Meribeth Deen (MD): Your central ask of readers is that we work to re-interpret our view of humanity, to move away from the “convenient ideology” that humans are a destructive geologic force, and that we shift toward an Indigenous worldview that sees humans and the rest of the living world as inseparable. What does this shift look like, when taken into the public realm?

Alejandro Frid (AF): Well, on a fundamental level, it’s about accepting that we have responsibilities to each other and to other living things. I like the notion that other animals are our relatives—and that goes beyond evolution and genetics. From an Indigenous perspective, plants and animals are relatives in the sense that they sustain us, and we owe them reciprocal behavior. And there are so many ways that this can pervade governance. Also, it means standing up against the ideology of separation in whatever way we can. For some people, it’s putting themselves on the front lines and, and in many cases, risking their lives quite seriously. For others, it may mean working as lawyers. For others, it’s phoning politicians. It is about doing something.

MD: I love the way you describe yourself as a descendant of wandering ancestors. Of course, that’s the antithesis of being Indigenous. You advocate that people like us, who are a majority of the world’s population, need to become naturalized citizens pledging to uphold the laws of the part of the world where they live. What would that look like in British Columbia, where you and I live?

AF: Well, where we live, it’s actually getting increasingly more straightforward because you have this revitalization of Indigenous governance happening, in which the role of hereditary chiefs is coming to the forefront. They are responsible for when, where, how, and who gathers resources in their chiefdom, and their authority is contingent on the chief maintaining knowledge of those resources and their sustainable management. If they are in fact working within their traditions, they are enacting their responsibilities toward their territories. This means they are protecting all of their non-human kin. There are many ways for those of us who live in this world to support that.

MD: But you talk about the fact there is a whole place-based Indigenous legal structure. Beyond just giving power to those people who understand those systems and are connected to that kind of knowledge, is it is it our job to try and learn what those laws are?

AF: Absolutely. First of all, it is about just having the self-awareness to know where we come from as individuals and understanding that although we are not Indigenous, we are not invalid in terms of being here. I mean, history has happened. We’re not going to undo history, and every Indigenous person that I work with gets that. They’re not asking us to leave and go back to Europe. They’re basically saying, “Okay, you’re here, but if we’re really going to be on this land together, you have to learn our history, and how it affects our present, and how we can work together toward the future.” We need to acknowledge that there was already a longstanding civilization with a very developed legal system at the time of colonization. We need to understand the fundamentals of that legal system. I mean, right now the media is creating a situation that is confusing to many people—we hear about elected chiefs being somehow more legitimate because they have been voted in, but the system of elected chiefs was created and continues to be maintained by the colonial government. Under this system, their role is mainly to administrate what happens on reserves. Hereditary chiefdoms are passed through generations, and they are responsible for the traditional territories that often extend well beyond the reserves. Ideally, hereditary chiefs and elected ones work together. In any case, out of the confusion I think there are some people who have worked to understand what is going on and see things more clearly than before.

MD: What about ecological literacy, how do you see that fitting into this re-education?

AF: Well, it’s huge. If people really understood the consequences of their actions in terms of what it does to the climate and forests and so on, I think they might think a lot more carefully about their choices. But that’s only part of it. The other part of ecological literacy is that the more you know about ecosystems, the more you truly connect with them. With that connection you know, the more you get invested in protecting them because you know how truly amazing they are. If you understand the joy of being out on the land, you’re more likely to rise and act on behalf of it.

MD: Right. I think a lot of us wish we could offer a deeper ecological literacy for our kids, but we don’t necessarily have the tools ourselves.

AF: Yeah, and that’s the barrier that we should be working to break down because we seem to be connecting kids to nature through YouTube, and they learn about the Amazon and other far-off places. This is kind of cool, but it makes nature abstract. They need to be able to go out the door and find trees and frogs and feel the excitement of that so they can grow to care for the place where they live.

MD: When I think about my own relationship with nature, it happens a lot in the garden, but as I was reading your book I started to wonder whether the garden is another reflection of my engrained colonial mentality—which you say thrives of simplicity. Sure, I plant a variety of things, but they are not necessarily native species.

AF: It is not necessarily colonialism, and it is definitely possible to create gardens that promote biodiversity. And Robin Wall Kimmerer’s book Braiding Sweetgrass really shows how traditional cultures modified landscapes quite intentionally—and it actually promoted diversity rather than suppressed it. To me, it is a really important part of understanding the alternative interpretation of what humans can be.

MD: What role do you see technology playing in advancing humans in contributing to biodiversity and the rest of the living world, as opposed to destroying it?

AF: When you look at some of the very culturally significant species for coastal First Nations that have faced decline, a contributing factor is bycatch—unintended catch by fishers while they are aiming for a specific species. Some studies in the shrimp fisheries show that by using LED lights on the netting of the shrimp vessels, the bycatch drops dramatically without affecting the targeted catch of shrimp. So that’s one way in which technology can help. Also, one of the things we’re working on is making use of a traditional halibut hook that has been proven to raise the amount of halibut caught, but not other species. We are now looking at a program to modernize this hook and use it in the current context. It is in the early stages right now, but once we test out the results, we could see this kind of technology being revitalized.

MD : Do you think the use of terms like “land defender” and “water defender” shifts the way we are thinking about humanity?

AF: I think it’s potentially very exciting because it really is a resurgence and then an adaptation of these traditions in which you have a responsibility to the land. Most of our political leaders have a responsibility toward corporations, and this language is the antithesis of that. It is rooted in Indigenous traditions, and here we are seeing it play out on the bridges of Vancouver, across the country, even at the United Nations.

MD: Do you see a name for those people who are supporting those Indigenous land defenders, something that goes beyond environmental or climate activist?

AF: I see where you’re going with this, but I find labels can be pretty unsatisfying. For me, Robin Wall Kimmerer’s idea of being a naturalized citizen is key. This goes well beyond co-existence and moves into the territory of reciprocity. Because we live in the same place, we need to do what we can to help the other thrive, and a big part of that is managing human relationships so that they don’t diminish the integrity of ecosystems. And I think the beauty in this kind of citizenship is that it is about looking for the greater good or the common good. And as soon as you start to look at the world through that lens, you also start to look at the rest of the living world as something other than a natural resource.