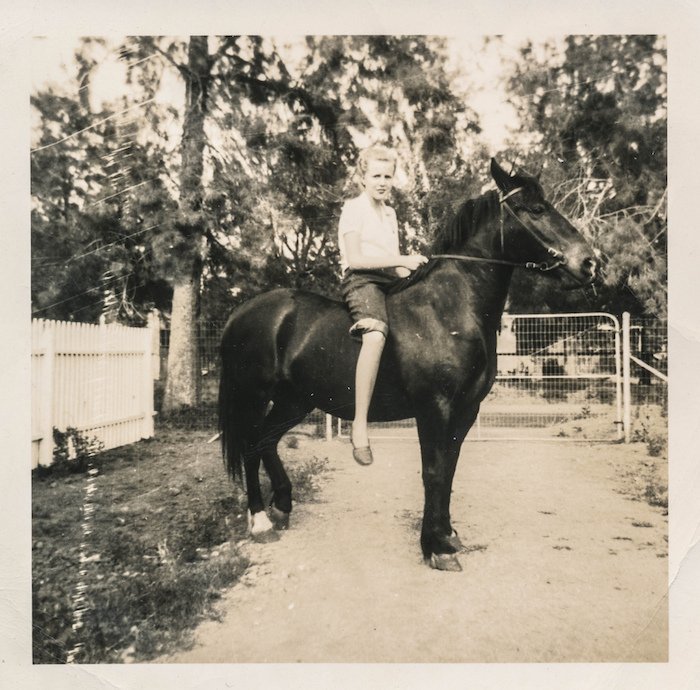 My dear mother-in-law Penny was recently hospitalized after a fall. She suffered a temporary bout of delirium compounded with mania, in which she shared snippets of life wisdom and rambling stories of remembered scenes from childhood. Nearing eighty, she was eager to impart final thoughts in case she didn’t pull through.

In her delirium, Penny pronounced herself unusually lucid. So we sidled up. Lucidity is hard to come by these days. “I can see the future,” she said. She told my sister-in-law she would write a successful book. She told my husband he needs to find his voice. “You’re all going to be fine,” she reassured us.

The horses were what she remembered best. “I see the horses in my dreams,” she said. “And their mouths. Eating the grasses.” She told us her best friends growing up in rural South Carolina were horses, and she described their personalities. First she fell in love with a gray Shetland pony named Jigger. Then there was ItsUp, an unruly gelding she trained at a nearby stable. This was the mid-1940s. She went to elementary school in someone’s house. There were no “activities,” no teams, no carpools, no mother-daughter book clubs engineered by over-involved parents. Her mother was busy. Penny’s world revolved around her younger sisters, dogs, and horses.

Regaling us from her hospital room where she was confined for several weeks, sometimes she laughed. Sometimes she sang. And then the poetry started. “The world is too much with us,” she intoned. “Getting and spending, we lay waste our powers—I love that!” She chuckled.

The Wordsworth poem is long a favorite of hers and mine. Re-reading it, I am struck once again by how resonant it is today. After those lines come these: “Little we see in Nature that is ours; / We have given our hearts away, a sordid boon!” And this poem was written in 1806. It was the very dawn of the industrial revolution, even then cutting people off from the affiliation they crave to the natural world.

I can see why Penny was drawn to this poem. Growing old is, for many, another kind of separation from nature. It’s harder to go outside, to move across the hillside, even to see the vibrant colors outdoors. Patients inside hospitals and nursing homes are among the most nature-deprived people around. And yet they are rich in remembered landscapes. 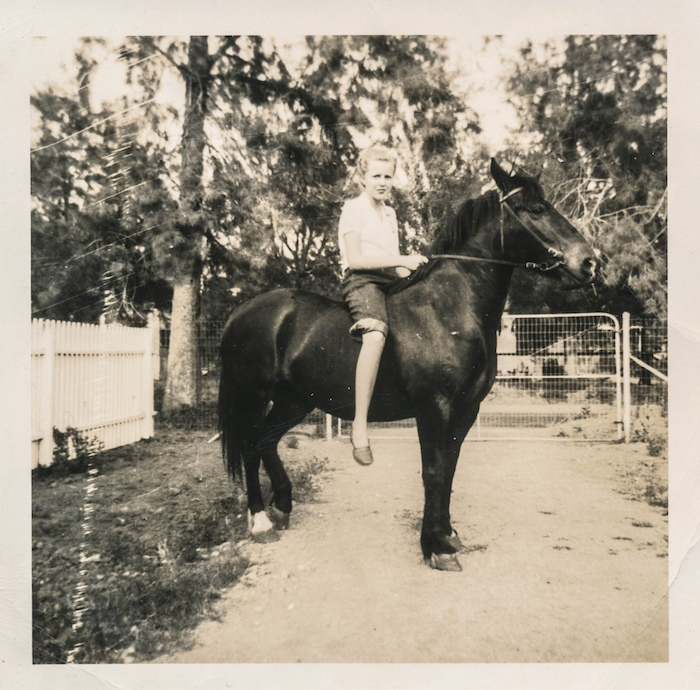 As she teetered on the thin edge of life and death, Penny had even less use for the commercial world. Instead, she inhabited the woods of her childhood. Penny was re-living riding through the pines and pastures, filtered through her suddenly clear memory, and she was experiencing nature filtered through her favorite poets and artists. She spoke longingly of the painter Arthur Dove, known for his vibrant abstractions of mountains of oceans and for nurturing the talent of Georgia O’Keeffe.

This solace that nature gives through memory is one of its great, unsung gifts.

And it’s a gift that many, increasingly, will not have. Already 80 percent of Americans live in urban areas, and, according to a recent survey by DJ Case and Associates, ten-year-olds spend twice as much time on computers or watching TV as being outdoors (15 hours versus 7).[1] Yet the allure remains: The same survey reported that 70 percent of kids would prefer to explore in woods or trees than on manicured grass, and only 10 percent of kids said they actually preferred being inside. Despite this interest in wild play, much of the time the doors to outside remain shut. Which begs the question: What memories will these kids hold in their hearts?

Penny, along with so many in her generation, lived her childhood outside. “I grew up wild in the pines,” she said. “I discovered I could take on the world or at least take on one wild horse. It was just breathing in life.”

When the connection to the natural landscapes is forged early, it stays there for whenever we wish to retrieve it. Wordsworth, of course, understood this, describing how he would often recall the banks of the Wye above Tintern Abbey, finding “In hours of weariness, sensations sweet, / Felt in the blood, and felt along the heart.” It is the memory of nature, even more than the experience itself, that gives us comfort when we need it.

Today, happily, she is back home and, when I caught up with her recently, I wondered if she was still dreaming as much about the pines and the horses. No, she said. Now she is inching back into the world. But she knows where to find them.

[1] DJ Case and Associates. (2017). The Nature of Americans. Retrieved from https://natureofamericans.org.