When we lose a species through extinction, genetic information and important relationships with related species are also lost. The historical pattern in the geological record is well established: for long periods, extinction has been relatively rare; during such long periods, trends favored further specialization of species and increased complexity of ecosystems. These long-term trends, however, have been reversed in six major historical extinction events that are thought, in most cases, to result from natural events, including meteor strikes and major volcanic events. These disastrous events alter conditions drastically by shielding sunlight from the earth’s surface and reducing primary production of nutrients by limiting photosynthesis in plants, the foundation of existing food webs.

Another feature of these historical extinction events has been their extremely slow progress—no doubt there is a high incidence of extinctions immediately following such an event, but the fossil record shows that the full effect of these events plays out over millennia. Thus, the record strongly suggests that many of the extinctions—especially those happening thousands of years after the event—result not directly from the event, but rather from indirect effects on those species who were dependent on other species lost during and after the event. Biologists refer to this effect as a “cascade.” Diversity encourages more diversity, and losses in diversity cause further losses; hence the cascading effect. This effect was dramatically demonstrated by Robert Paine, who systematically removed Sea Stars (Pisaster ochraceus) from plots near the tide line, interrupting their predation on the mussel (Mytilus californianus). The control areas remained unchanged, but within a year the mussels took over Paine’s experimental sites, eating all of the vegetation. Paine’s comment: “You can change the nature of the world pretty simply. All you do is get rid of one species.”

Thus, avoiding extinctions is pivotal if we are to maintain natural diversity. Cascades of lost species eventually lead to impoverished habitats formed of unspecialized and opportunistic species with few dependencies on other species. These losses tear at the intricate fabric of evolution, sundering complex relationships and destroying genetic possibilities. 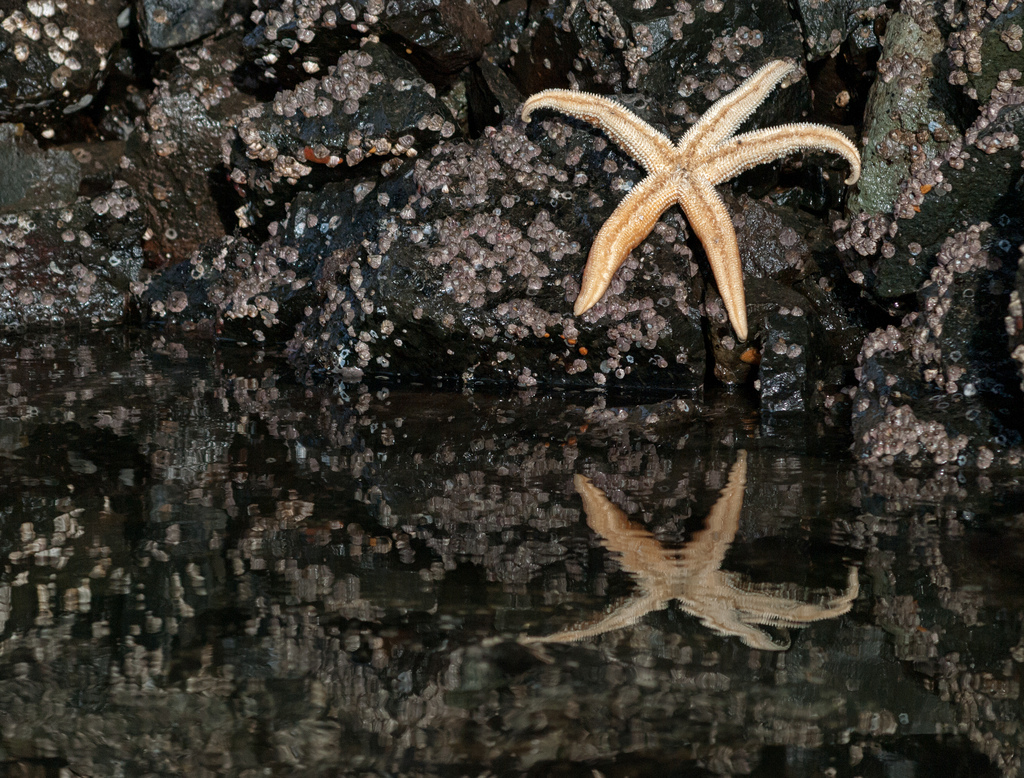 When we consider the cascade effect, the current, human-caused extinction event takes on a particularly frightening quality. Meteor strikes and volcanic events have a limited duration; within weeks of such disasters, direct effects begin to diminish and at least some form of recovery begins even as more and more highly specialized and dependent species continue to disappear globally. The human onslaught on biodiversity, while similar to natural disasters in its onset and in its effect on other species, shows no signs of declining but instead seems to be expanding and becoming more virulent over time. Its impact will expand accordingly as each loss contributes to further losses.

In discussions on biodiversity loss, it is often observed that most species that have existed are now extinct. This observation—while true—is a dangerous over-simplification, particularly if it is followed by the opinion that, consequently, we should not worry about a few extinctions today. In fact, there are two very different ways in which a species can “disappear.” It would be erroneous to conclude that because a species disappears from the fossil record their last specimen has died. The fossil record reflects the process of evolution. And most species disappear because they evolve to the point where paleontologists reason that later specimens would not be able to breed naturally with earlier specimens. They have, like some dinosaurs that “became” birds, disappeared into gene pools made richer by their contributions. However, when a species has a final ending like that of the Passenger Pigeon—over-hunted in just a few generations—the resulting loss of biodiversity is irreplaceable by normal and natural processes. With each extinct species dies potential diversity—the thread frays and cannot be re-woven into the evolutionary cloth, although some would still try.

Even if we accept as a general truth that all species have value, it does not follow that heroic efforts must or should be made to re-introduce every species that is lost from an ecosystem or even the earth. Some things, once done, are best not undone. The most important reason for this asymmetry is the irreversibility of time; as species disappear, the niche structure of ecological systems change over time in ways that can leave no role for the return of an extirpated species. As species reproduce and evolve, accommodations are made to these changes in the system and, over time, the chance of successful reintroductions wanes as niches disappear or shift. Once a species has been extirpated from a habitat, ongoing changes will erase features essential for that species to reinhabit the area.

The amount of time over which such changes occur varies greatly. Before attempting a reintroduction, a thorough study of the habitat might determine whether the reintroduced species is likely to succeed. But this determination requires detailed knowledge of interdependencies among species and their dependencies on physical features of the habitat. Especially in cases where species have been missing from the habitat for many seasons, we do not have the knowledge of interdependencies that is necessary to determine if a given reintroduction is feasible.

These generalizations, while not calling into question all reintroductions, suggest that the longer the species has been gone, the less likely a reintroduction is to succeed. How much time can elapse between extinction (or extirpation) and reintroduction? I cannot answer this question generally, but we can apply the above reasoning to some examples.

A population of wolves (Canus lupus) from Canada was successfully translocated to the Northwestern United States about 120 years after extirpation. By contrast, programs to reintroduce the Lobo (Canis lupus bailey) in the US Southwest and to re-establish wild populations of the Red Wolf (Canis rufus) in the Southeast have struggled and success is by no means assured. In discussing the potential for species reintroduction it is therefore important to emphasize that the translocation of healthy individuals from one habitat to a similar one is much easier than recovering a globally extinct species, whose developmental course has not been tracking with the evolving habitat.

The reintroduction of historical species, such as the megafauna of North America, after millennia of absence, is far less likely to succeed. The habitats they once inhabited have been irreversibly altered through a combination of evolutionary and anthropogenic changes.

Although it is tempting to attempt recasting the past in the future, for any number of reasons, we should recognize that evolution is a powerful process, not a tool with which we can shape the world we want. If practitioners can step in before a species is lost—perhaps by supplementing wild populations with captive bred individuals or by translocating specimens of severely threatened taxa to more suitable habitat—such efforts support a more promising strategy to save diversity than do proposals to reintroduce historical species. Extinct species have already contributed to the negative cascade as species with dependencies on them disappeared. To reintroduce them today will only disturb the integrity of systems that have, long ago, developed accommodations to historically lost species. It would be to ignore and dishonor the path of evolution.

Speculative efforts to reintroduce long-lost species (de-extinction) will not save or support biodiversity; They will rather, in many cases, interrupt chains of events that have long ago compensated for the loss of those species, further undermining efforts to protect present-day species in habitats to which they are currently adapted. Given our understanding of evolution and of ecology, more will be done to protect biodiversity by protecting the species we have, rather than by trying to recover losses that have already been incorporated into the current reality.

Image credit:“Sea Star Tide” by Ingrid Taylar is licensed under CC BY 2.0.