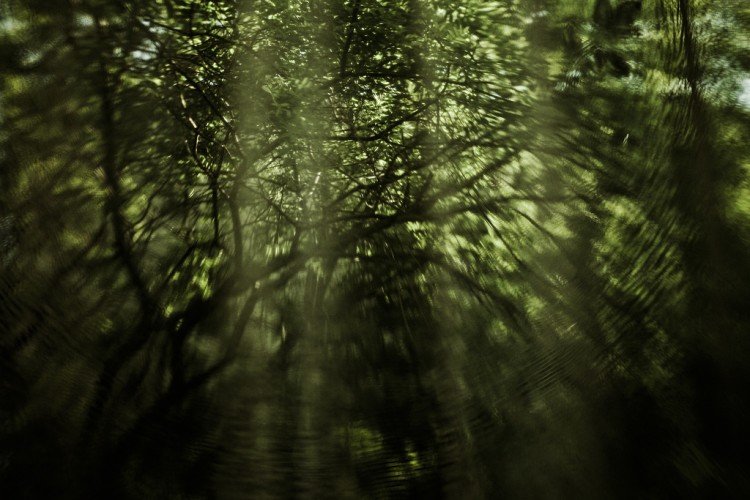 There’s a smudge on the floor of the porch below the plate glass window. I suspect what the smudge might be, but don’t want to think about that. I’m home from a long day of work so I pull bills and magazines out of the mailbox and rummage through my small brown purse for my house key.

As I’m about to turn the doorknob and escape into the great indoors, I glance in the direction of the smudge. It looks like a crumpled-up black sock but my gut tells me what it really is—a little tumble of tragedy, that’s what.

Now that I’ve looked directly at it, I’m involved. Confirmation sets into motion a series of actions different from what I anticipated. I had plans for the evening that didn’t include dealing with wildlife. I wanted yoga and sunflower seeds. Phone calls and fresh laundry. The tang of cold gin in a frosted glass. A glance at the news.

Instead, I have this: a dark little leftover something or other, a smudge that isn’t. A bird lies on its back, apparently stunned or dead from smacking into the window. The right wing is spread dramatically out to one side in the gesture of an opera singer about to feign a swoon. The left one is tucked primly by its side. A short moment ago—five minutes? five hours?—this bird was every bit as alive as I am. But now I can’t be sure.

I bend down to take a closer look. I’m no pro, but I know a bit about birds, enough to recognize a male black-throated blue warbler. Since this is September, he must have been migrating from his breeding in the North Woods. He would have been in a hurry to get somewhere warm for the winter and grew distracted by the charms of this Chicago neighborhood. 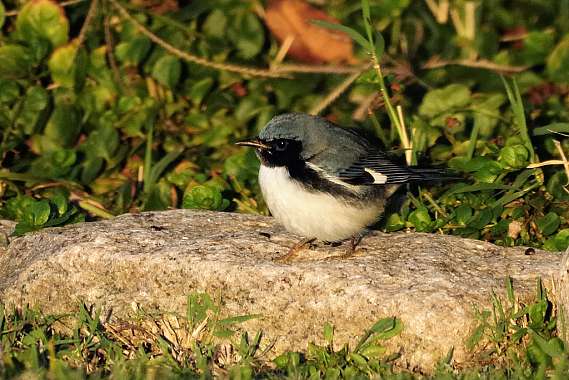 When I examine the glass, trying to see the window as the warbler did, I realize the reflective surface showed him nothing but a continuation of what he was already immersed in. The same green shrubs and red geraniums. The same bits of sky peeking between the branches of trees. The reflection of nature made the window look like an innocent patch of air when it was really an inadvertent trap.

I set the mail down on the window ledge. I cast aside my purse and my briefcase. I pick up the newspaper that no one in our family has read yet or even brought inside. I remove its plastic wrap and use that to pick up the tiny body. The warbler is still lovely, and delicate, astonishingly well-designed, with crisp blue and black and white coloring. His heart is still beating so I carry him off the porch to a safe spot behind an oak-leaved hydrangea, one close to the house’s brick wall.

When my daughter was eleven, she and I were part of a brigade that picked up birds before sunrise around Chicago’s skyscrapers. Birds collide with windows during migration sometimes, that’s just the way of it, and so we and the other volunteers would wake up at five a.m. to drive downtown and find injured birds before they got hosed off the sidewalk by zealous building janitors or before they were stepped on by one of the hundred thousand feet that would pass their way. After the birds went to the rehab center, many recovered without any intervention from the vet. All they needed was a chance to rest, something they wouldn’t have received without gentle relocation by the volunteers.

As for the fate of this particular bird, I can’t say for sure how he fared. When I went out to check the next morning, he wasn’t there. He might have shaken off his concussion like a sturdy football player determined to get back in the game. He could be halfway to the Caribbean for all I know. He could have been carried away by a predator, or he could have managed to hop into a safe roosting spot in the hydrangea where he stayed so quiet I couldn’t spot him. All I know is that the bird was no longer where he was the night before. I went back inside, made lunches for my kids. I gathered the things needed for the day, and right before leaving, went into the living room and pulled all the blinds.