Riders on the Swash 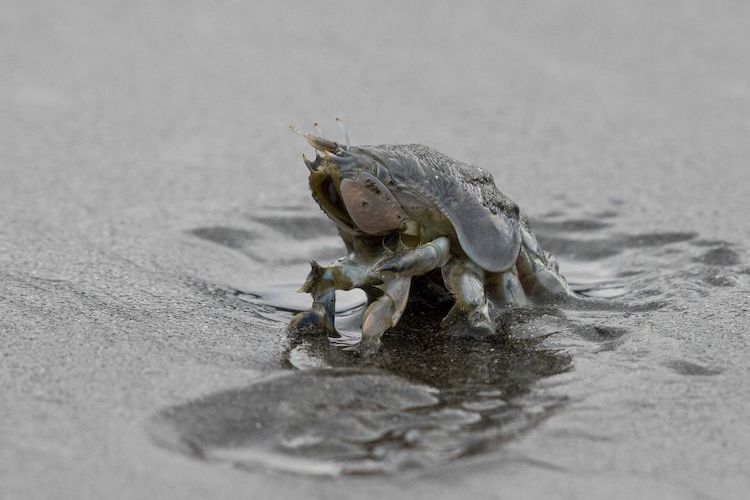 At the intersection of San Francisco and the Pacific, another city burbles in the foreshore. It’s a place of relentless motion, where waves break then creep up the beach, each ripple and rivulet carving a new future in the sand. The swash zone is a tumbler of life, inviting the stalwart to dig in or hang on for the ride.

Submerged in the swash is a community of beings born of the same evolutionary tree as mine but inhabiting their own branches. The master among them is the Pacific mole crab, an expert digger who burrows backward by liquefying the sand. Sharing the shore are diatoms who feed the mole crabs and isopods plucked by hungry gulls. Sandpipers chase the waves for telltale bubbles and pinholes, and by-the-wind sailors ride in like jelly blooms. All of these lives intersect with ours on the California coast, where the urban meets the intertidal. 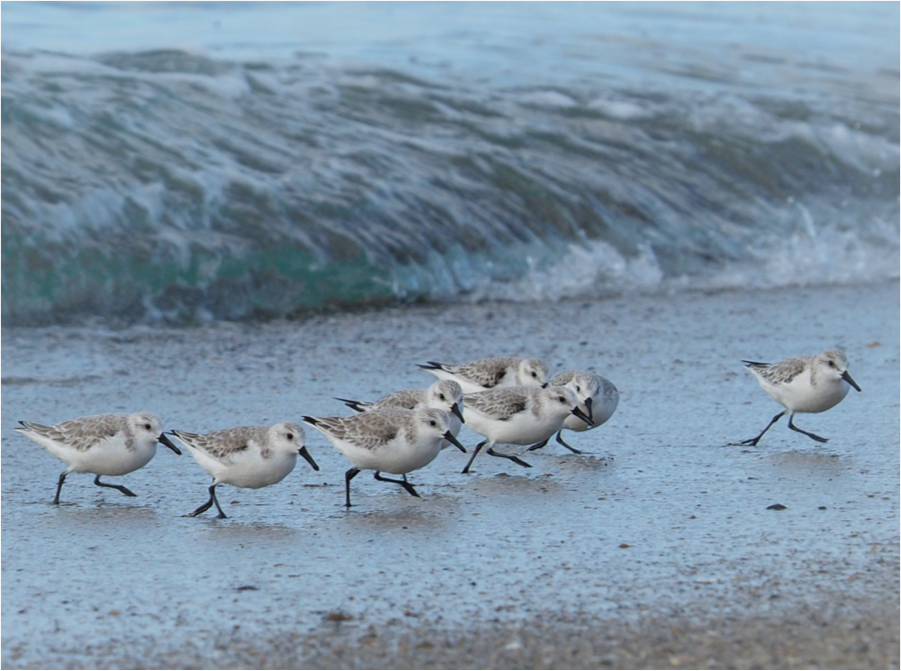 My husband and I had uprooted for probably the tenth time, and it was in the midst of this reinvention that I discovered the swash zone. I’d fallen in love with wildlife photography, and my new passion consumed me. I went from a night person on a kinkajou’s clock, to a caffeinated dawn riser, hitting the shoreline as the sky turned tangerine and coral.

It was here I met the riders of the swash and the crepuscular creatures, the wrack scavengers and wave dippers. I photographed beach hoppers who dove for cover as the sun turned on. I snapped portraits of the plovers who dozed alongside me. And I met my first mole crab… or, rather, the shell of a mole crab. She’d outgrown her exoskeleton and left her old self behind at the wrack line.

When she was just a babe, a larva, this Emerita analoga set sail in the ocean. She found her way back to shore months later as a megalopa. Growing robust in the upwelling, she shed her molt skin, time and again, and traded her tough exterior for a softer one. Crabs can’t grow without passing through this vulnerable stage, waiting for their new shell to harden.

Her transformation—the abandonment of one self for the other—was an apt metaphor for my life, and for the lives of friends who were also transplants in the city. Each of us, too, had molted in our own way. Some of us were meandering the streets with a hardened veneer, while others of us were stuck in a long metamorphosis with a soft shell, still in formation. As anthropologist Arnold van Gennep observes in The Rites of Passage, “Life itself means to separate and to be reunited, to change form and condition, to die and to be reborn. It is to act and to cease, to wait and to rest, and then to begin acting again, but in a different way.” 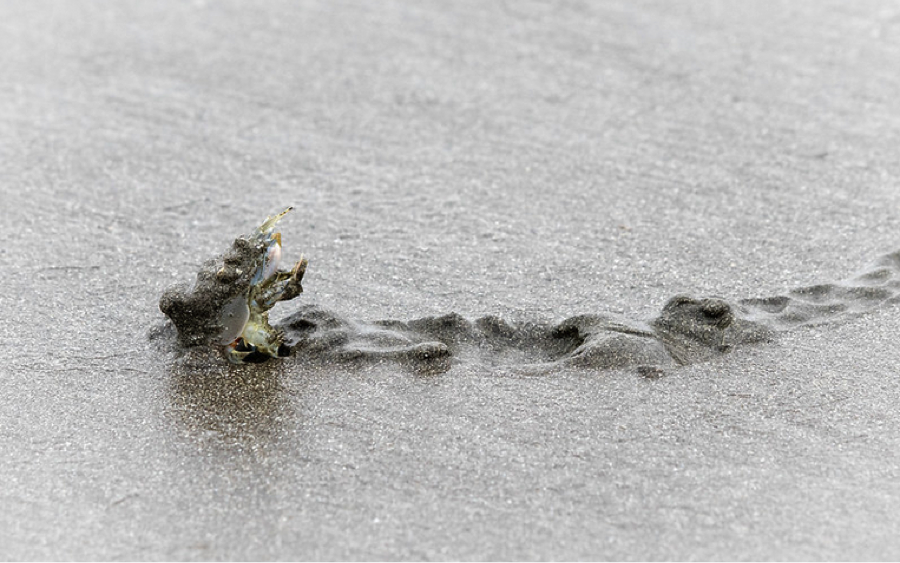 Swash riders constantly cycle through separation and reunion. They are ever “betwixt and between,” a phrase used by Victor Turner to describe states of liminality. Liminal beings are innately transitional. In mythology, they can be ghosts, ephemeras, or hybrid animals straddling two states of existence. Emerita is half burrower, half paddler—one moment covered in a tarp of crystalline quartz, and the next, pummeled by the backflow. She is never anchored for long, always lost, then found again.

Grappling with my own liminal states—leaving one place for another, navigating adversity and loss—I’ve found a paradoxical reassurance in the ruckus of the swash. It’s the hero’s journey played out on bedforms, a new adventure with every wave. Thousands of tiny protagonists face choices and challenges, confirming that to live is to settle and uproot, to gain and lose, to plunge and then emerge.

Swash riders confront what Rachel Carson termed “the towering realities of the sea.” I chanced upon that reality north of home in Crescent City. My mate and I were on the road again, navigating another reinvention. At low tide, on a beach draped in brume, I walked into a tumbling field of mole crabs clambering to burrow as the water receded. They paddled backward and bored into the sludge, painting their stories across the sand like Pollock. 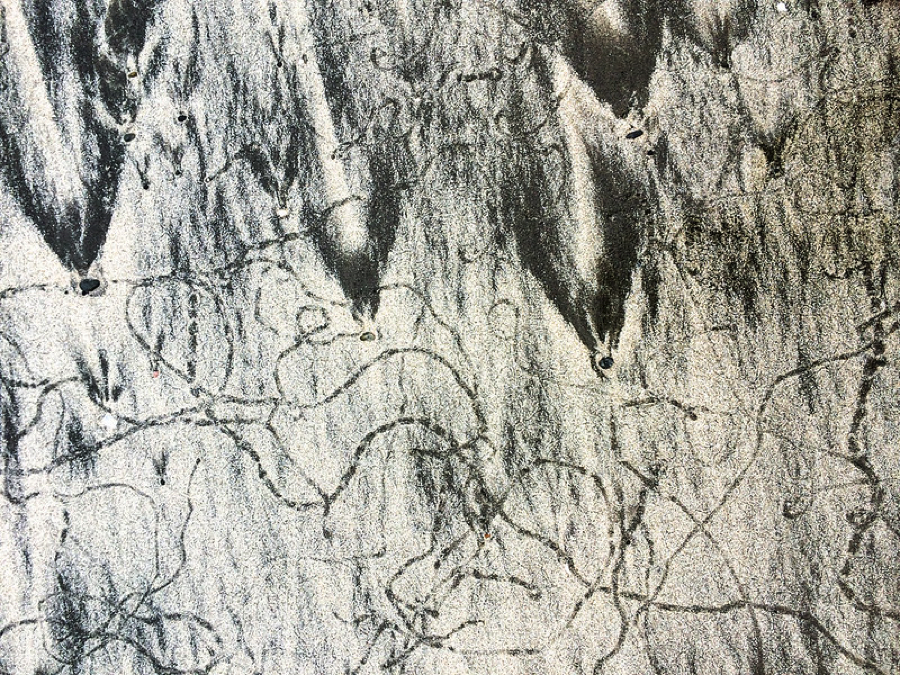 I couldn’t know how those mole crabs experienced their fate when stranded above the swash. But I understood the imperative to move, while also longing to be fixed in place. As a young person, I was a “third culture kid,” that is, a child displaced through expatriation. When I was assigned to write an essay about home, I wrote about an airport. Home was the smell of jet fuel. It was watching my dad depart week after week, his briefcase and passport in hand. My life was a Beatles song, Hello, Goodbye. It was also a teaser for my future life, when friends complained that my address book page was worn thin by pencil marks and erasers. I’ve been both a willing and reluctant nomad, craving the ideal of home, but hopelessly swash-bound. 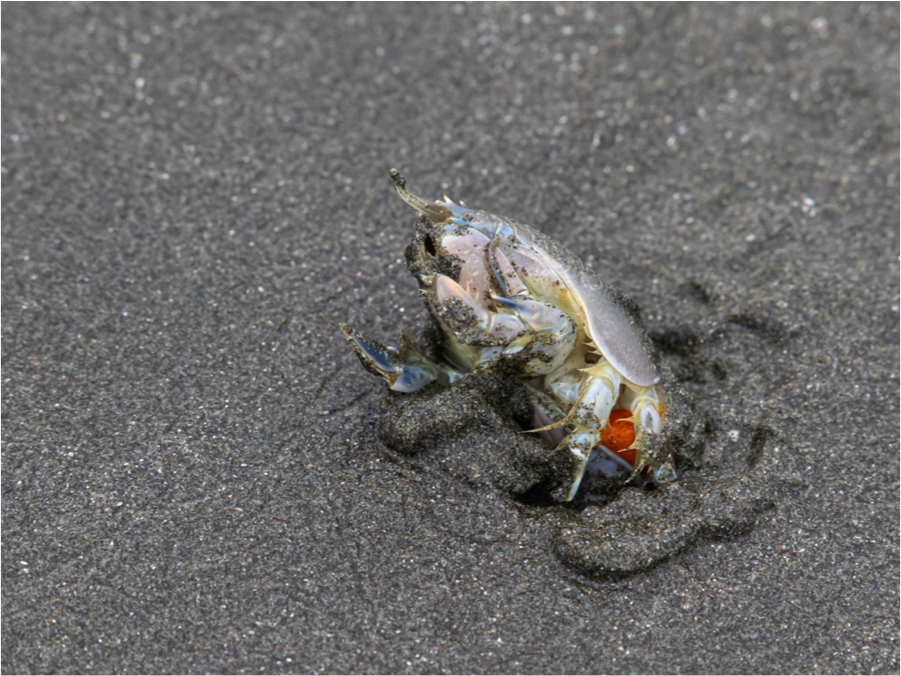 Lying on a berm by the ocean, I see my busy avian and arthropod kin at the shoreline. They’re not just metaphors or bubbles beneath my feet, but living out their own hero’s journey in the uprush and backwash of the waves. Henry Beston said of non-human species, “They are other nations, caught with ourselves in the net of life and time, fellow prisoners of the splendour and travail of the earth.”

We are intertwined, these swash beings and I, by geography and circumstance at the intersection of San Francisco and the Pacific … and at every intersection of the city and the sea. We share the same desires and mandates: to shelter, to feed, to thrive, and to grow old. And maybe, along the way, to etch a pattern or two in the sand. 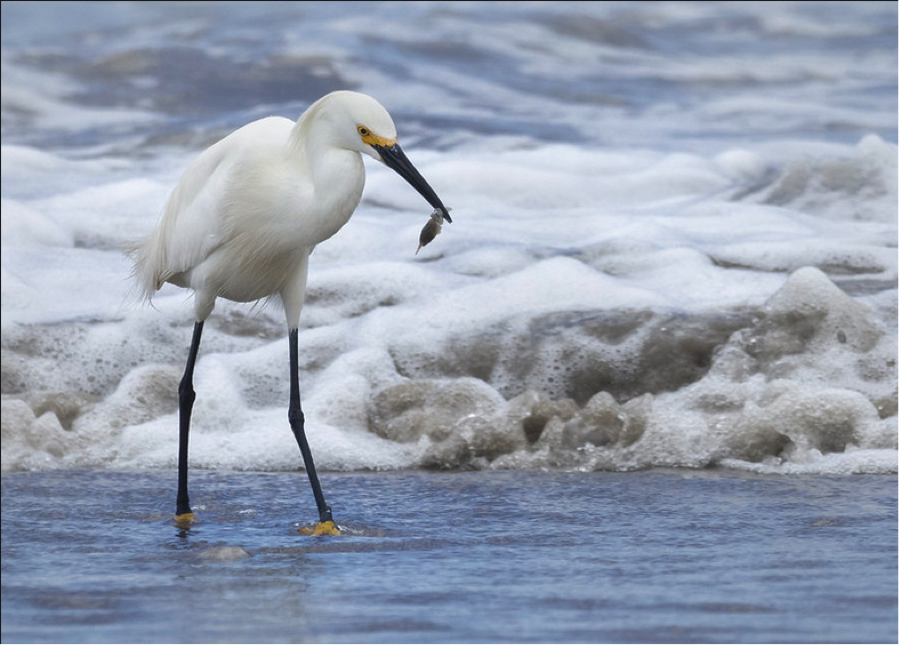 *all photographs by Ingrid Taylar