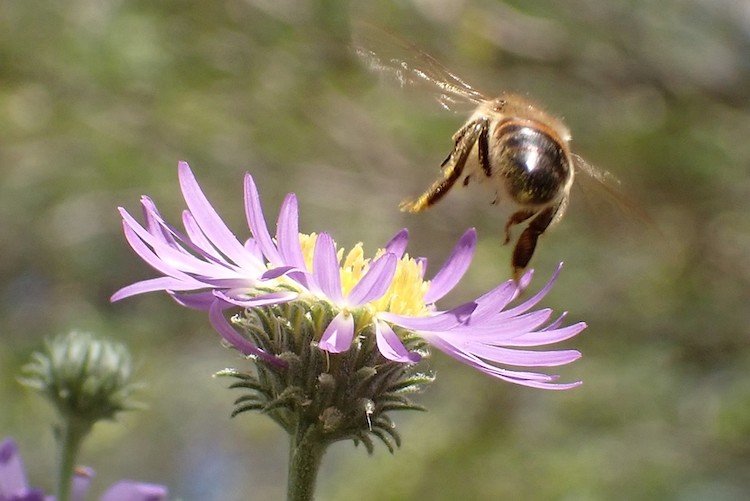 “She loves me, she loves me not.” Did you ever play that game? Did you ever sit in a circle with schoolyard friends and pluck florets from Daisies, to let floral Fates divine your future? Ah, it brings back such fond memories… especially when the answer was Yes!

A later memory is more disturbing. I was not merely plucking a floret or two. I was uprooting whole plants, roots and all, from the ground in which they grew. I was attending graduate school at the time, and participating in a summer project to help “restore” the riparian zone of the river that traverses the desert city, Phoenix, in which I still live. Ecological restoration, too often, involves destruction. One plant by the name of Tree Tobacco, Nicotiana glauca, had no papers to prove she belonged. She was put on their list.

I recall getting dizzy as compounds from her ripped tissues infused into mine, which may be what triggered me to stop in my tracks and ponder what I was doing. Following orders to kill creatures I barely knew. And, what an impressive plant she is, once you get to know her. In much of her range, she entices Hummingbirds to pollinate her flashy yellow flowers. But in areas where they are not around? She adjusts her stigmas closer to her anthers and pollinates herself. Who are we, to stop her journey?

One of my schoolyard friends (and fellow floret-plucker!) went on to a career in conservation biology, as did I. I wonder if she, like me, is astonished by the words people fling at plants, in this era of the unwanted. Aggressive. Alien. Invader. I wonder if she, too, has become disheartened to see her allies, those who profess to love the Earth, hijacked by rhetoric, myth, and loathing. (I hesitate to ask her, because the answer can be divisive.) Such violent metaphors. Must we declare war on everything, from nations, to drugs, to plants? Words matter. Violent words precipitate violent actions.

Once upon a time, I was deeply into the nativist movement. A zealot, even. Like many in my field, I was firmly entrenched in the belief that we should allow no creatures in “our” region other than those who could verify that their ancestors evolved here. Slowly, I dug my way out of that hole. I learned first-hand, through my own research, that place-of-origin does not map neatly onto functional capacity in our ever-changing world. And I realized what a fraught proposition it is to accurately determine who came from where, and when, and how they have diverged and intermingled since. I went back to basics to re-read definitions and reminded myself that ecosystems, as described by Sir Arthur Tansley, are but mental isolates with no definite boundaries. It is we, our territorial animal selves, who erect the walls to (try and) keep out the ones we fear.

Tree Tobacco is one of the plants people love to hate in the American Southwest. She is stunningly gorgeous—skin so glaucous and leaves so huge. She feeds the birds, fixes carbon, and stabilizes soil, but she is too prolific for some. Like other mothers of her flighty, pioneer style, she has many children but endows each with few resources. The small size of the seeds allows them to adhere to muddy bird toes and fly across the globe, or at least hopscotch their way to new lands. Sometimes, bizarrely enough, we penalize success. She has gone too far, some say. She did not stay in her place.

That moment began my shift away from native purism. In retrospect, I now think of myself as having been indoctrinated. I had learned, in texts and lectures, that exotic species were “bad,” a condemnation that perhaps belongs in church (though that, too, is debatable) but certainly not in school. After propagating this notion myself for a while, doubts began to surface. I began questioning the use of tribal, divisive terms such as “exotic” and “alien” that separate “us” from “them.” I regret my role in helping to propagate the fear and dislike of those who came from somewhere else.

Fast-forward to my retired-from-academia (yet still floret-plucking) self. In our irrigated habitat garden, we gladly share space with those whom we planted and those, like Tree Tobacco, who arrived without our assistance. In a nod to the notion that our species is not all-knowing, we are not the only ones doing the planting. The Velvet Mesquite by the water drip, in our co-created oasis, became the local Perch ‘n Poop, if I may be so crude. Ingest a fruit from elsewhere, alight on a branch, and excrete the seed: the ecological process of zoochory. Mockingbirds brought seeds of plants they like to eat, and so we welcomed the Elderberries as well as the (often reviled) Lantanas. Phainopeplas did the same, and helped generate a forest that protects us from the ever-soaring heat.

Seeds of Tansy Aster and other members of the Daisy family, equipped as they are with feathery hairs, arrived in gusts of wind from the mother-plants who line our roughly paved road. I don’t dare weed out these perennial friends who grow, as well, along the local streams. I love their adventurous nature. They can grow where they want.

But wait, what’s that smell? Aromatic resins are wafting from my fingers to my nose as I type. They are from Camphorweed, a fecund Daisy who delights in the moist, churned soil of gardens and farms. I confess, I weeded out some of these resinous girls. Some met their demise to make room for the Gourds. Yes, I yanked you right out of the ground. I am sorry.

“She loves me, she loves me not?” Ah, the game of life seemed simpler back then.