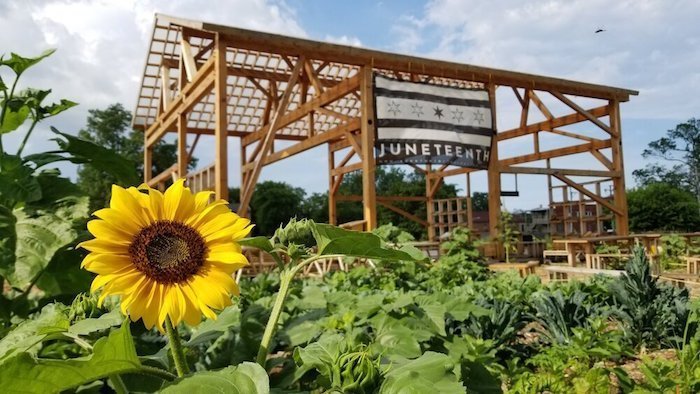 In the twenty-first century, farming has the potential to become a transformative entity. Although farming is about 15,000 years old, it is a relatively recent human activity. Homo sapiens, according to some of the latest research, have been in existence about 300,000 years meaning that farming has only been in existence for 5 percent of our species’ history. Farming is not a natural ecosystem but rather a human activity that has been normalized. Twenty-first century farming can become transformative and involve regenerative farming and agroecology.

This article is not and cannot be an exhaustive overview of what it means to be a farmer in the twenty-first century. It is, however, a brief summation of what I believe are some of the most salient points that must be addressed for the future of farming.The current system of agriculture has a global impact that includes factory agriculture of livestock, huge plantations of crops like palm trees for palm oil, and massive operations focused on commodity crops.[1] These operations rely heavily on nonrenewable fossil fuels for pesticide and herbicide production, for running farm equipment, and for transporting agricultural goods and services hundreds and often thousands of miles. In addition, sources of energy are required for agriculture-related activities. Operations such as transportation, lighting, and refrigeration are not just “on the farm” requirements; they are vital services in the farm-to-table continuum.

The Conundrum of Agriculture and Climate Change

In addition to emitting carbon, industrial agriculture contributes large amounts of nitrous oxide and methane into the climate system. According to a 2006 report by the Food and Agriculture Organization of the United Nations (FAO), animal agriculture is responsible for 18 percent of all human-induced greenhouse gas emissions, including 37 percent of methane emissions and 65 percent of nitrous oxide emissions. The methane released from billions of confined animals on factory farms is approximately seventy times more damaging per ton to the Earth’s atmosphere than carbon dioxide. This contribution to climate change from current industrial agriculture practices destabilizes the climate and disrupts the food supply and makes food security, globally, unpredictable.

A compendium of the brief content analysis conducted on the responses to the IPCC report by numerous organizations reads:

The combination of climate change and unsustainable land use has put our global food supply at risk. Land temperature has already increased by 1.5 degrees Celsius, which is precisely the heat level that activists are trying to prevent from happening globally. The IPCC report, which is over 1,200 pages, focuses on desertification, land degradation, sustainable land management, food security, and greenhouse gas fluctuations. It reminds us that land use for agricultural production is a large contributor to climate change (23 percent of global greenhouse emissions) and that shifts to more regenerative land practices could be a key solution to mitigate climate change. If current practices continue, food insecurity impacts could include reduced nutritional value of crops, mass crop failures, and severe water scarcity.[2]

While extreme weather events have obvious impacts on farmers, fluctuating temperatures and unpredictable rainfall are the real threat. As temperatures rise, water scarcity increases, weather unpredictability worsens, and pests and diseases flourish. Around the world, farmers don’t know when to plant because they can’t predict the rains. Droughts that used to last weeks now last months. Or there is too much rain, which comes as floods, landslides, and hurricanes wiping out farmland. Climate change is not a future threat to agriculture; it is happening now from middle America to the Sahel.

The research literature is replete with reports of pollution of the soils, air, and water that are the direct result of industrial agriculture. Pesticide and herbicide usage pollutes and poisons both ground and surface water systems, meaning many communities not only in the United States but globally have water that is undrinkable. Similarly, agricultural runoff causes algae bloom and dead zones in coastal areas.

The biological structures of soil, which takes thousands of years of rock weathering to produce a layer, have been depleted through repeated applications of chemical fertilizers. This creates another detrimental negative feedback loop that requires the application more fertilizers in order to produce crops. We must ask if regenerative farming and agroecology are practices that will allow the soil, our most valuable resource to heal.

Urban Agriculture, Its Integration into the Food System, and a Potential Practice for Mitigating Climate and Soil Depletion

Urban farming and peri-urban farming (the buffer areas between urban and rural lands), in spite of the hype, does not currently exist as a system. That said, it does exist as a proof of concept. The future of urban farming is dependent upon its capacity to attract financial support, provide suitable income for practitioners, and meet design criteria that will make it ecologically responsible. Further, because of the high-density nature of cities, innovation will need to occur to safely include practices such as aquaponics and hydroponics.

This is controversial in the minds of some proponents of so-called organic or sustainable farming. Yet, farming in general is not a natural system. It needs to become an ecologically sustainable system and integrate urban farming into that ecological (r)evolution. I can envision a role for urban farming in assisting with the healing of soils impacted by years of pesticide and herbicide applications by allowing some rural lands to lie fallow while they recover and regenerate their biological health and food is grown in urban areas.

I cannot overstate the value of soil and the concomitant need to protect it and renew its vitality. Soil scientist Dr. Akilah Martin provides the following perspective, “it generally takes five-hundred to one thousand years to create just one inch of soil. This is dependent on climate, topography, biota, time, and type of parent material (i.e., type of rock).”[3] The services provided to humans and nature are beyond any conceivable monetary value; it is incalculable. 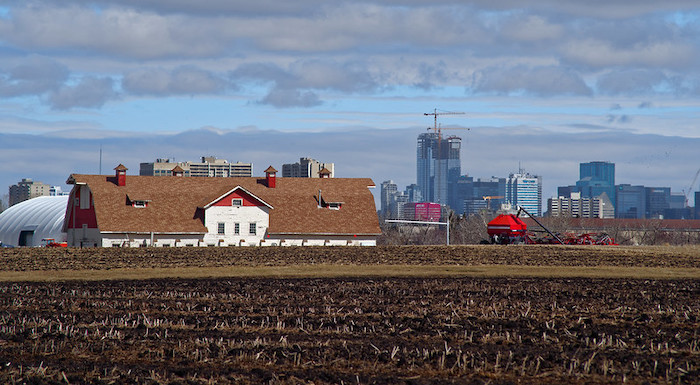 I’ve had conversations around the future of farming that are disappointing because they devolve into discussions that focus on the problems inherent in industrial agriculture, most notably monoculture. Discussions attempting to approach how to make urban farming profitable have focused, for example, on growing lettuce for institutional customers such as the school system or on the latest craze, the hype around hemp. The margins in farming, in general, are low and it is a struggle for any farmer, but especially urban farmers, to realize an income that constitutes a living wage. Urban farming could be made sustainable by providing subsidies such as free or low-cost affordable housing for people working in the urban farming sector. Secondly, there must be a concomitant increase in the number of people that eat produce. According to the Centers for Disease Control (CDC) only one in ten Americans eat the recommended amount of fruits and vegetables as indicated in the summary of the report.[4]

In my mind, the conversation should focus on making sure farmers have a profit and living wages wherever they are. That includes the people often referred to as migrant workers or farm laborers. These people are the real farmers and are rarely earning enough to make ends meet. The increase in the customer base for urban and rural farmers is inextricably connected to cultural changes and campaigns to improve public health outcomes. Poor diet contributes deeply to the epidemic of chronic diseases in both oppressed communities and the United States generally. An increase in fruit and vegetable consumption will improve the public health outcomes for communities while increasing the profitability of urban and rural farming.

In this century, we must continue to advocate for environmental and social justice for farmers and the communities, urban and rural, where they live and work. Farmers and their communities are exposed to and affected by the chemical pesticides and herbicides commonly used in monoculture and industrial agriculture, applied to the land where they work.[5]

To close, I want to bring our attention to the collective food system: national, transnational, urban, and rural and its potential to be a catalyst for greening the economy. Just imagine a system that boosts renewable energy through the widespread use of solar and wind energy to power all aspects of farm operations. Imagine cities that produce a large percentage of their food, cutting down the length of the food chain while shifting the local land and farming operations back to producing food for local consumption.

Illinois, where I am writing, has virtually all of the state land in production for subsidized commodity crops such as corn and soybeans. Imagine that subsidy shifts to production crops such as fruits and vegetables, including heirloom varieties that the agricultural industry has made generally unavailable.

For example, the grocery store has one variety of the dozens of collard greens that are in existence. I have sown seeds for eight of those varieties in my own garden. Can such a reintroduction of heirloom varieties of food renew interest in eating whole food? The result could make for healthier citizens and communities. Finally, imagine an ecologically and human-oriented food system that facilitates the cleanup of our commons: our air, water, and soil.

I work with organizations such as Sweet Water Foundation’s Perry Avenue Community Farm (PACF) and their redevelopment arm, the Perry Avenue Commons, as well as Growing Home (GH), which work diligently to provide high quality food to local communities. PACF offers produce at their farmstand on a donation, sliding scale basis, while GH adjusts their prices for the local community. In addition to their farm activities, PACF grows produce that community residents have access to daily with donations accepted on the honor system. GH has also embarked upon an organizational commitment to increase the percentage of their produce to the local community in an effort of improve the public health outcomes in the local community that has a lifespan of only 60 years. Organizations such as these offer a glimpse of the potential urban farming has as a sector of new models for healthy communities.

It is my hope that as citizens of the United States and the planet we shall prevail and, through various actions, overturn the current system of agriculture and implement a farming system that is ecologically rooted while ensuring food security. The impacts of livestock and crop production that pollute the air, water, and soil—as well as other practices such as overfishing and deforestation—demand a fundamental change and paradigm shift. Ecosystem health is tantamount to protecting the system(s) that all life is dependent upon.

[1] For purposes of this article I use the word to connote industrial agriculture and agribusiness, while farming is reserved for less destructive cultivation of food.

[5] Recently chlorpyrifos, a neurotoxin, has been in the news due to its risk for exposing not only you but most notably, the farmworkers responsible for the cultivation and harvest of our food. Chlorpyrifos has recently had the ban of its use lifted by the agency purported to protect our environment, the US Environmental Protection Agency. This offers a glimpse into how government agencies may not be an ally in protecting the food supply or the health and well-being of humans and nature. 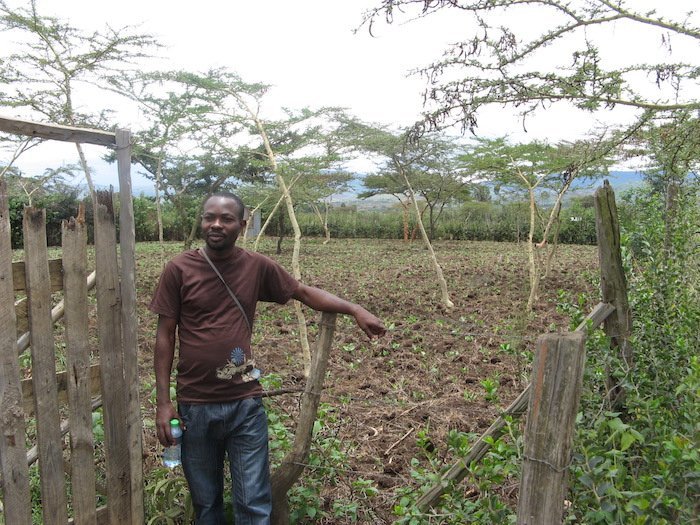 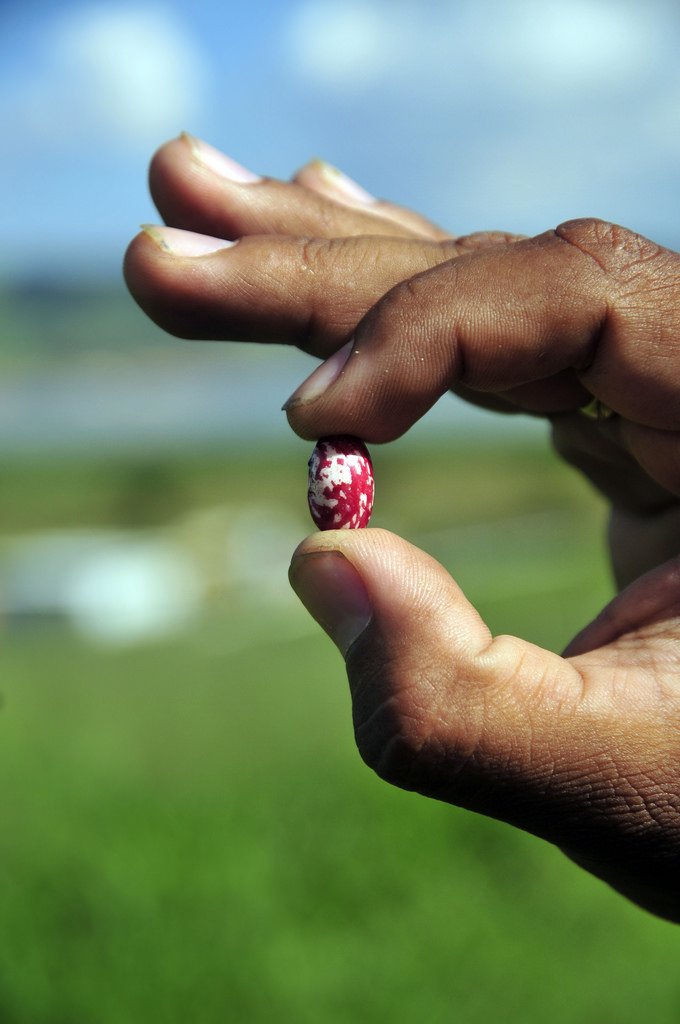 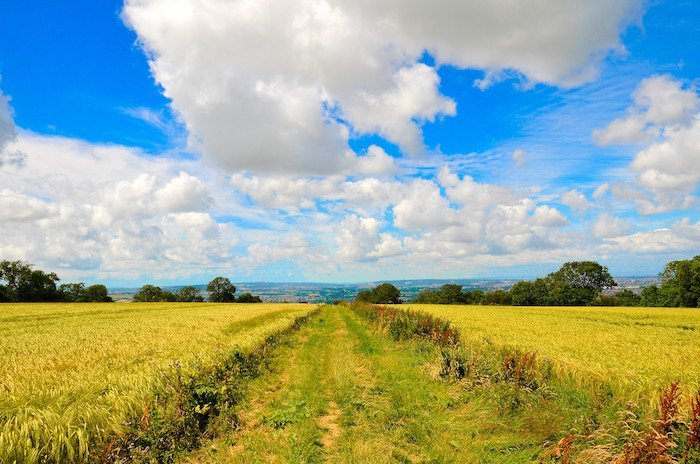 Reparations toward a More Just and Beautiful World