Shifting toward an Ethics of Sanctuary 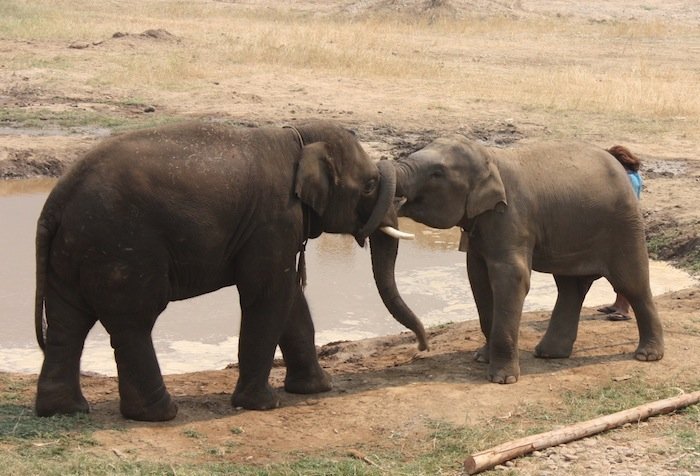 In 2004, the Detroit Zoo took a bold step and retired two elephants to sanctuary for ethical reasons. Wanda and Winky spent most of their fifties in sanctuary in California before they passed away (Winky lived to be fifty-six, Wanda fifty-seven). Ron Kagan, the director of the Detroit Zoo, set an ethical trend and other zoos also retired their elephants recognizing that the well-being of elephants is compromised in captivity.

Despite this responsible vision by some zoo leaders, just this year, acting secretly and in shocking disregard for expert opinion, three zoos—the Dallas Zoo, Sedgwick County Zoo in Kansas, and Henry Doorly Zoo in Nebraska—removed eighteen elephants from Africa. The three males and fifteen females (ranging in age from six to twenty-five) will be put on display and forced to reproduce to increase the number of elephants who will suffer in captivity.

Elephants are not the only animals who suffer and die in captivity. In the wake of Blackfish, the wrenching documentary about the suffering and premature death of whales at Sea World, and the tragic killing of Harambe at the Cincinnati Zoo, it is time for deep ethical reflection on the future of zoos.

Most captive conditions cause inescapable physical or psychological suffering, we might think that, unless there is a very good reason for holding animals captive, we should release them. However, in the case of most captive zoo animals, release would be a death sentence. Most wild habitats are being destroyed at alarming rates, indeed, in many cases, there may be no wild left into which the captive animals can be released. More importantly, even if there are environments into which captive animals may be returned, most captives have lost the ability to survive on their own in their native habitats.

Animals experience inevitable suffering in zoos. Depending upon the location of the zoo, many species are forced to live in climates in which they can’t comfortably or safely be outdoors all year round. Often, zoos place prey animals into enclosures next to animals that are their natural predators. And even if a captive animal does not experience these climatic and exhibit stressors, being taken from their familiar conspecifics and sent to another location for reproductive purposes or having to regularly experience the discomfort of being exposed to gawking, often irresponsible, humans, requires strong justification. So is there any such justification for zoos? 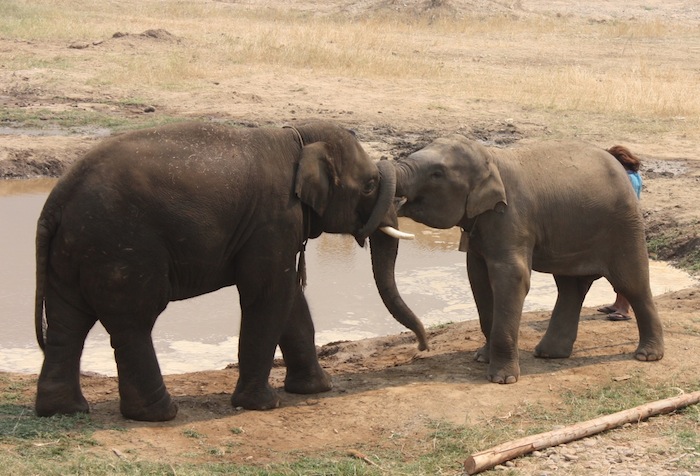 The zoo community has argued that their goal is not primarily direct conservation, but rather they see themselves as a major force in educating zoo visitors to become actively engaged in conservation efforts. The AZA’s communication coordinator recently claimed that “The fastest and most direct way for people to save and care about an endangered species is to connect with them” and since “most people don’t have the opportunity to go to Africa, the one and only place they can do that is zoos.”[1]

But there has been no proof that keeping animals in zoos has actually increased the conservation interests of the people who visit zoos. There was a 2007 report, conducted by the AZA, that alleged there was an impact, but the methodology of the report was widely criticized. And even if it was true that captive animal displays could generate public concern for conservation, that doesn’t justify holding approximately eight hundred thousand animals captive.

But zoos are not going away any time soon. Even if the practice of breeding to sustain captive populations was abandoned, which would drastically reduce the zoo population, many long-lived animals will be in captivity for quite some time. For some species, like chimpanzees, remaining in captivity may be a good thing as there really is nowhere else for them to go; for elephants, continued captivity isn’t good as there are no zoo environments adequate to satisfy their needs.

What would justify the captive conditions for these animals? I would suggest pushing the innovative lead of Ron Kagan further, a transition from zoos as places of public spectacle to places where animal well-being is the primary commitment. In other words, zoos as we now know them would become sanctuaries.

“Sanctuary” is more than a word. I’m not advocating a semantic change, but a genuine one. Of course there are places that call themselves “sanctuaries” that do not put the interests, choices, and well-being of the animals first. These are not true sanctuaries. Some parts of some zoos operate very much like sanctuaries now, treating animals with great care and respect and allowing them to decide whether they want to be around the public or not.

If Harambe and his gorilla family lived in sanctuary rather than on display at the Cincinnati Zoo, he would still be alive. No curious child would have been in a position to crawl into the enclosure and no care staff would have had to make the horrible decision to kill a highly endangered gorilla. The gorillas would interact with each other and caregivers when they decided to; would exercise their bodies and minds as they wanted; and would be free to make choices about how to spend their time. Many respectable sanctuaries report on the personalities and interests of the animals who live there, so the public can get to know them. Some sanctuaries have live webcams. Supporters may be invited to pitch in on site and special educational activities might be arranged, but the animals decide whether they want to be seen by the occasional visitors. Harambe’s curiosity could have been safely peaked in such an environment and he would have been able to continue to develop into a majestic silverback adult. 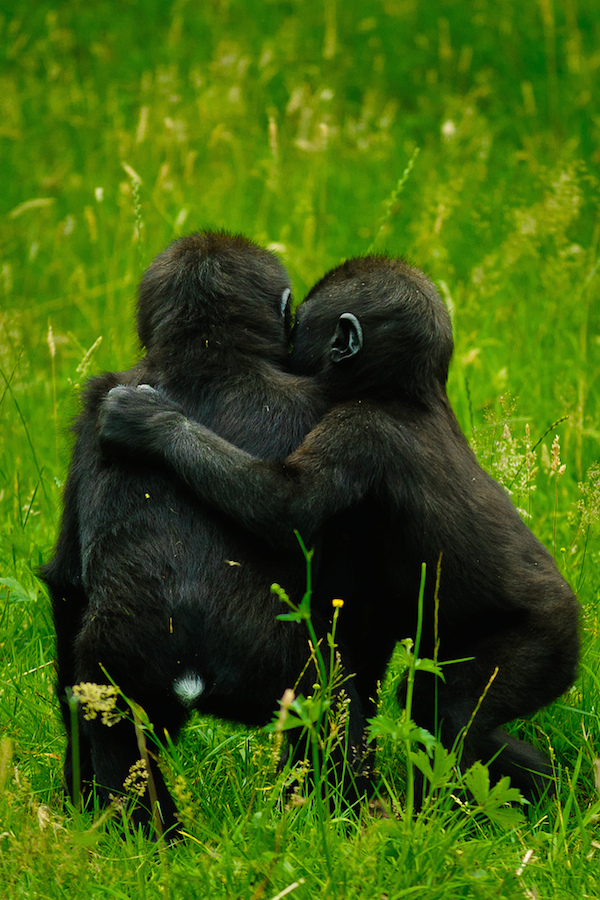 For zoos to become sanctuaries, in addition to providing the basic needs for well-being, including a healthy diet, clean air and water, and enough space, animals should be treated with dignity. The dignity of a captive is enhanced when that individual is provided with opportunities for choice about who to spend time with, including captors and observers, but crucially, captives must be provided with the ability to escape the gaze of others. Animals should be provided with places to hide that are recognizable to them as hiding places given their species-specific behaviors. In captivity, we can respect the dignity of animals by allowing them to be seen only when they wish to be seen and recognize that their lives are theirs to live without our judgments or interference.

Certain features of current zoo practices are fundamentally dignity denying. Breaking up social groups for reproductive purposes, for example denies the animals’ most basic choices in addition to disrupting their social bonds. Such moves can only be justified if they are clearly in the best interests of the captive, not to serve institutional ends. The relationship between captors and captives must also change. The relationship would need to be based on fundamental respect and that can be achieved by developing our own empathetic capacities, trying to understand how the animals in our care see the world. Recognizing the limits of our own ways of seeing the world and being open to learning how other species see it not only helps to promote their dignity but also has the potential to expand our own ethical perception.