Songs of the Humpback Whales 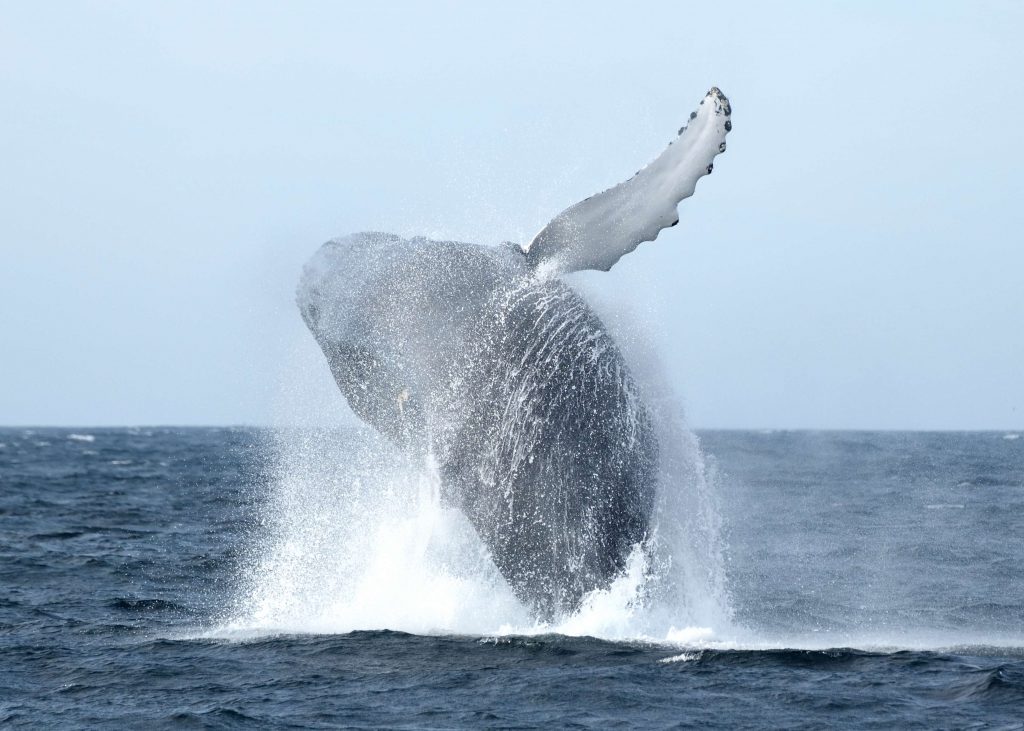 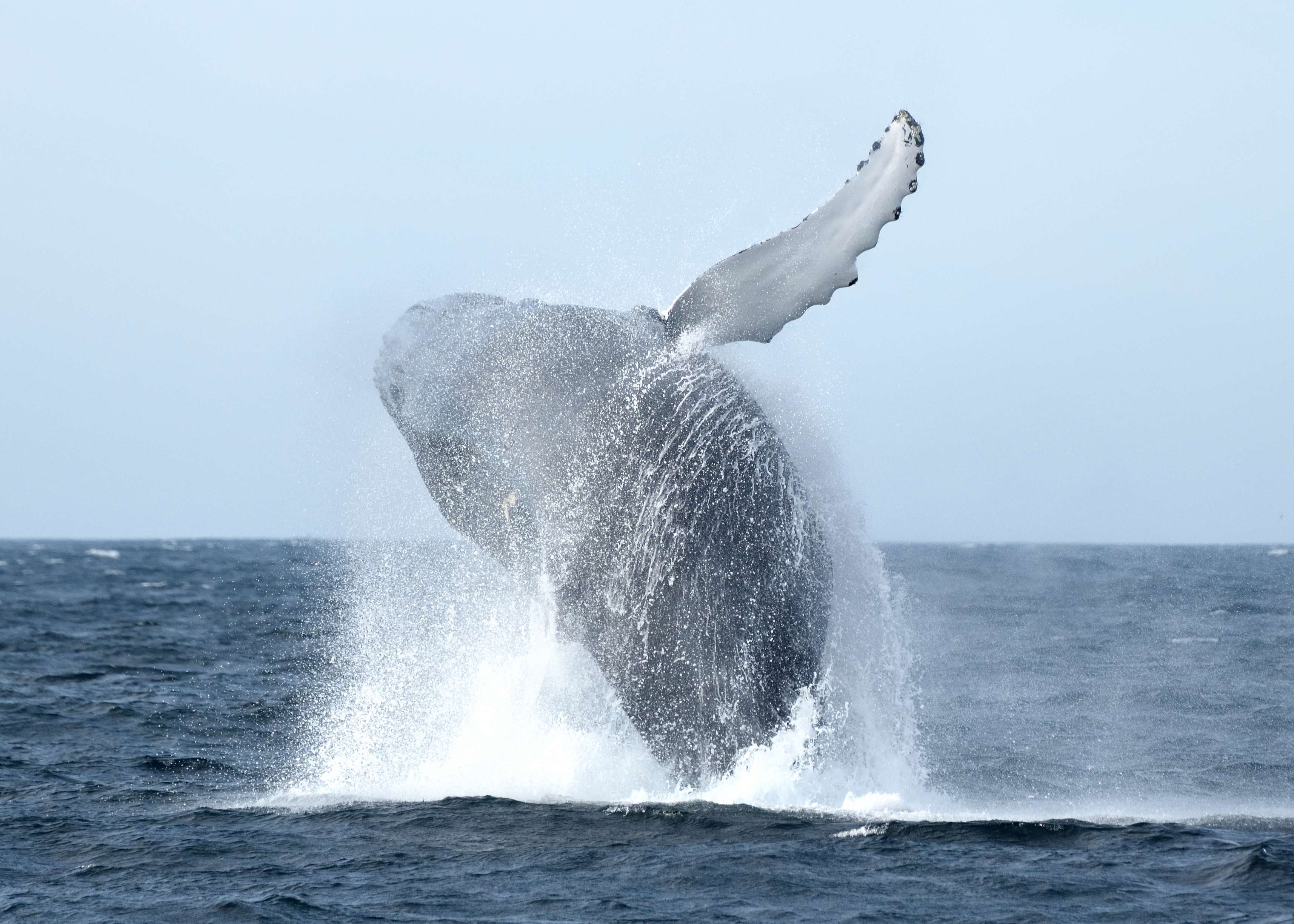 It is early morning, already hot, and we are over deep Caribbean water several miles offshore of the emerald slopes of Domenica.

Shane Gero has lowered a waterproof microphone overboard. We’ve been hoping to hear sperm whales, but through the headphones I hear—faintly—a humpback whale singing in the deep distance. Sperm whales are very fussy about who they will speak to, using code-talking clicks to identify their family members and determine which other families are in their social clan, and which others must be shunned. By contrast, the humpback is broadcasting his egalitarian canto to anyone, everyone, and to no one in particular. And that is very fortunate for both humpback whales and for us, because it lets humans hear the great beauty in the humpbacks’ songs. And this mysterious, hard-to-explain emotional resonance woke humanity just in time to save humpbacks, and indeed all the world’s great whales, from the annihilation for which we’d set them up.

I scan the horizon for any sign of the humpback, a bushy blow perhaps, or dark sky-flagging flukes. Humpback whales’ oft-photographed, high-flying, wing-flippered, airborne breaches make them iconic. They often travel so close along shore that, in their season, we frequently see them blowing and fluking while we take our dogs for a run on the beaches of Long Island, New York.

After giving birth in the tropics, mother humpback whales who’ve been fasting for months turn toward higher latitudes, their little ones following to food-rich waters, learning the routes they will follow for the rest of their lives. Some humpback whales born on opposite sides of the Pacific—the Philippines and Mexico—trek to the same feeding grounds off Alaska’s Aleutian Islands. Meanwhile, other Mexican humpbacks and Hawaiian-born humpbacks follow their mothers’ annual commute to rich feeding grounds off Southeast Alaska and British Columbia. The vastly different routes and destinations, learned from mothers through the ages, constitute a key aspect of their culture.

But migrations were not always the same as they are now. Native Hawaiians, keen observers of the sea and its creatures, made no mention of humpback whales. This is strange because nowadays if you look seaward from almost any beach in Hawaii for a little while during winter, you’ll likely see one or more humpback whales erupting out of the ocean, detonating explosions. Whales are hard to miss—unless they’re not there.

So where were they? It appears that humpback whales began to concentrate in Hawaiian waters only about two hundred years ago. And since the 1970s their density has risen dramatically, seemingly faster than reproduction. How could such a thing happen?

When the nineteenth-century whaling ship captain Charles Scammon discovered the Mexican lagoons where gray whales congregated to mate and give birth, he almost completely exterminated them. Perhaps a few humpback whales, subjected to such havoc, somehow decided to avoid a breeding area turned fatal and discovered Hawaii. Their songs may have been heard by distant whales, who might have inferred from them a suggestion of more peaceful waters and veered toward them as though investigating rumors of some better life. At any rate, it’s pretty certain that humpback whales weren’t there in the 1800s. They’re there now by the thousands.

No one knows for sure whether humpback whales went to Hawaii to escape their holocaust, but if they didn’t go for that reason, their timing was impeccable. This singular diaspora might be the most momentous and successful non-human cultural shift during the recent history of life on Earth.

We can hear this morning’s singing whale with relative ease. But the fact that a humpback whale might sing was entirely unknown to humans until the 1950s, when U.S. military people who’d begun listening for Russian submarines were astonished to realize that the strange sounds they were hearing were coming from whales. Word got to whale scientists Roger Payne and Scott McVay.

Payne’s 1970 vinyl record of humpback songs became an instant sensation. When he and McVay published “Songs of Humpback Whales” in Science in 1971, the magazine featured a visual representation of the structure of a song on its cover. Their first sentence noted, “Humpback whales produce a series of beautiful and varied sounds for a period of 7 to 30 minutes and then repeat the same series with considerable precision. . . . The function of the songs is unknown.”[1]

The song contains elements that make up themes that the whales repeat in specific order. Payne told me, “The songs of humpback whales employ rhyme; and why not? Humans have been using rhyme at least since Homer and probably long before. It’s a way of remembering.”[2] A male humpback will usually complete the song, then repeat it numerous times, singing for hours on end.

Payne tells me that singing humpback whales normally breathe when the song appears to reach its end. Every now and then they breathe mid-song but they don’t interrupt their singing. “They tuck their breath in, and let the song continue to flow.”[3]

We know now that the male humpback whale’s strange and haunting singing is a changeable cultural aspect of that species. Each year, all adult male humpbacks within each ocean sing the same song. But in each ocean the song is different from the song being sung in other oceans. There’s a Pacific song, an Atlantic song, and so on. And each year the song of each ocean changes. The new songs spread wavelike, a slow-moving fad crossing blue infinities whale-to-whale, all the whales adopting the same changed elements of the song. When songs of Hawaiian humpbacks and Mexico’s Socorro Island humpbacks changed simultaneously despite a separation spanning 4,800 kilometers of ocean, researchers Ellen Garland and colleagues called this pattern “unparalleled in any other nonhuman animals . . . cultural change at a vast scale.”[4]

How the song will change, how much will change, and how rapidly, humans cannot predict. Somehow together, strangely, the whales create a new song. There’s a lovely metaphor for us in that.

Planet Earth constantly thrums with messages being sent and received by living things. Life is vibrant and it generates good vibrations throughout the air, the sea, and the ground. But whale sounds seem particularly enchanted. Roger Payne wrote of the first time he heard a humpback whale singing: “Normally you don’t hear the size of the ocean . . . but I heard it that night. . . . That’s what whales do; they give the ocean its voice, and the voice they give is ethereal and unearthly.”[5]

Payne later told me, “The reaction of some people to hearing whales sing is to burst into tears. I’ve seen that a lot.”[6]

How the songs function among whales remains unknown. Females do not approach singers, nor do males. The function of humpback whale song among humans is easier to describe: Humpbacks sing the song of their kind and their culture, but it resonates in humans who hear it. Their songs entangle with human emotions. This haunting resonance created a momentous turning point in the human relationship with life on the planet—and beyond. In 1979, National Geographic magazine inserted a disk of humpback songs into ten million copies of its flagship magazine, the largest-ever printing of any recording. Not only was Payne’s life changed; his recordings changed whales and humanity.

The first thing the recordings did was to save the whales from total annihilation. Their populations were so depleted that in 1966 the International Whaling Commission had officially banned hunting humpback whales. But whalers of some nations continued killing them and lying about it. From 1947 to 1973, Soviet whalers alone reported killing 2,710 humpback whales; they actually killed 48,702, around twenty times what they’d admitted.[7]

But propelled largely by the beauty humans perceived in the recordings of humpback whales singing, the movement to “Save the Whales” hit full stride. Humans learned that whales are not things, but rather, neighbors living with us in the world. And so astonished were we by this realization, that whales went from being ingredients of margarine in the 1960s to the spiritual icons of the 1970s’ emerging environmental movement.

After the first recordings, musicians such as Paul Winter, Judy Collins, and David Rothenberg began making music with humpback songs. As the volume of the music came up, the blasts of the harpoon-cannons receded. Within a few years, whale hunting was largely ended.

So deeply did the whales’ music reach us that a recording of humpback whale song is among the few sounds included aboard the Voyager spacecraft. Humanity’s calling card to the galaxy has taken humpback song beyond our solar system. It’s a message in a bottle, hoping, perhaps, that an alien life form of great and cultured intellect will understand. 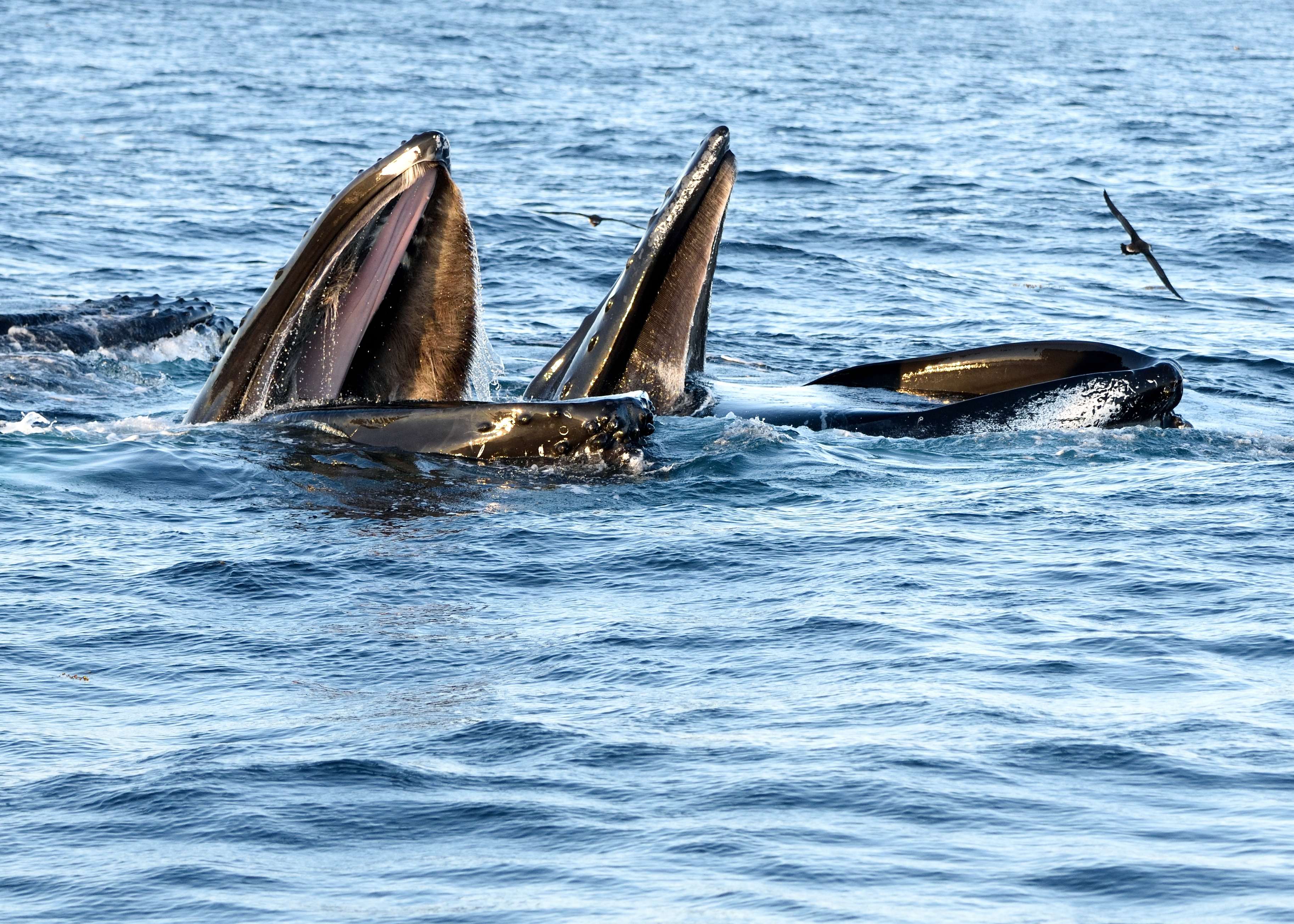 But the whales’ message is simple, and we ourselves should be able to understand it: “We, the living, celebrate being alive.” The song culture of humpback whales changed our inter-species culture. And why? Simply this: we briefly directed our attention to something beautiful on Earth. For a moment—we listened. The whales continue calling us, asking, in effect, “Can you hear me now?”

Images courtesy of the author