Journey through a Wild World (Congress) 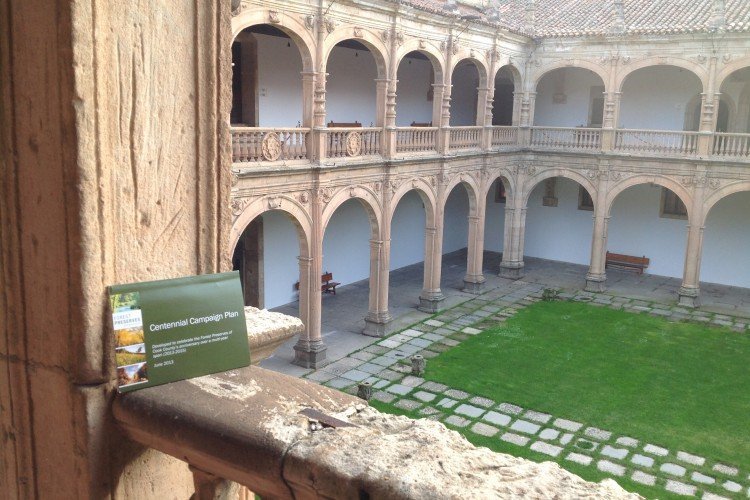 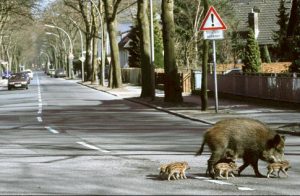 When my boss returned from a successful urban wildlife workshop in Berlin with a save-the-date video, I began thinking about the power of a global gathering of conservation minds. The video offered an inspiring challenge to “Make the World a Wilder Place,” and I immediately added it as a tagline to my email signature. I certainly didn’t expect to join the gathering. Over the ensuing months, however, the appeal of the event only grew, so in October I found myself in Salamanca, Spain, at the 10th World Wilderness Congress (also known as WILD10), ready to get wild. 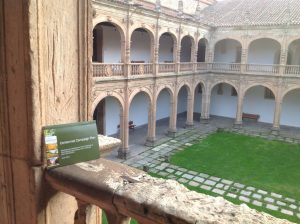 I arrived in Salamanca excited and prepped to give three presentations that would share the efforts and vision of the Forest Preserves of Cook County, Chicago Wilderness (a more than 300-member conservation coalition encompassing four states), and the Metropolitan Greenspaces Alliance (a network of regional conservation groups across the United States). All three organizations succeed at conserving nature in metropolitan areas and meet the challenge of making the world a wilder place for people and for nature. Our efforts have not gone unnoticed and are being emulated through a new initiative called WILD Cities, which was launched at WILD10. 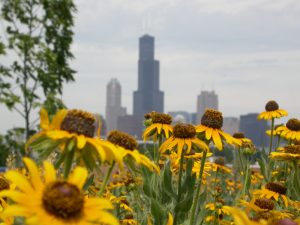 After presenting, I received loads of feedback from people who came to the conference from all over the world (unfortunately, many U.S. feds weren’t able to attend due to the government shutdown). Much of that feedback reminded me to be thankful for what we have here at home. People from South Africa, Tasmania, and Alaska were surprised by the photos of beautiful natural areas with skyscrapers visible in the background, and some giggled about the name Chicago Wilderness, which seemed like an oxymoron to them. People from Germany were interested in the legislation that was enacted one hundred years ago to protect natural areas for urban citizens in Cook County, and folks from Italy, Canada, and Columbia were interested in our citizen science and hiking programs that connect young people and adults to wildlife.

Lastly, there were people from everywhere who, like Chicagoans, sometimes struggle to convince the public that there is no higher and better use for the land than preserving and restoring natural areas that we are all so fortunate to share. 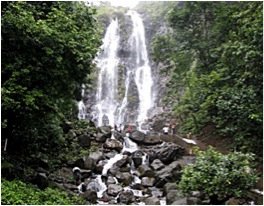 But WILD10 wasn’t just about presenting. In between my PowerPoint presentations, I attended many workshops, saw great short films, and took part in plenary talks and discussions with individuals from all over the world who are distinguished nature conservationists. A few of the presentations were emotionally moving, some painfully, some joyfully. My favorite was by a writer from Mumbai who described the dusty, densely populated living conditions of the poor in his city, while showing photos of the same people walking, wading, and just plain enjoying the surrounding state protected natural areas. It was a simple presentation and one of the best depictions of how access to nature can improve difficult living conditions.

I wrote to my colleagues while I was away and attempted to distill a bit of what I experienced. After attending several talks about habitat destruction and animal extinctions, then witnessing a presentation on the Serengeti that included photos of dead and dying beautiful animals, I wrote about how intense everything was, and how I would spend some afternoons sad and weepy. Then I would swing to the other side of the spectrum. During a presentation called “Nature Needs Half”—which showed random people in the UK being asked, “How much space does nature need?”—I was blown away by the responses from people who replied that nature needs 50% or 60% or more space! I was very encouraged.

Not everything was emotionally taxing. I experienced some things unique to Spain, such as eating what looked like a bonbon but was actually liver covered in a sweet frosting. The variety of ways pork products are served is incredible. The famous and expensive Iberico ham, which comes from prized hogs feasting exclusively on acorns, hung on display in windows in every direction I looked. Also, I made friends from the UK, the Netherlands, Washington D.C., Alaska, and Canada, but they realized how uncool I was when I spent Friday evening at the hotel preparing for my final presentation the following morning. 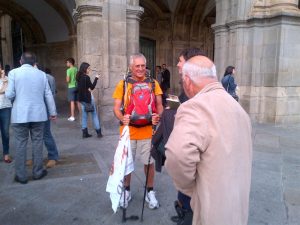 Then there was Geoff Dalglish, a guy who walked 2500km to get to the meeting, putting me to shame (I thought that my 29 hours of travel by car, three planes, a bus, and finally a cab tested the limits of exhaustion). He walked to promote the conference and a program to re-wild Europe, while drawing attention to the evidence that obesity, high blood pressure, diabetes, and stress can all be tackled by taking a stroll in nature a couple of times a week.

When I returned to Chicago, one of the first things someone asked was if I had fun at the conference. I paused before answering … because honestly it wasn’t fun. It was profound. It was intense. It was stimulating. I physically felt the victories and losses for nature. The conference wasn’t fun; it was hard work and emotional. But because of that difficulty, I returned from Salamanca more committed, more energized, and more trusting of what I already know to be true. I didn’t think that was possible.

What I know to be true is this: we must act deliberately, quickly, and with complete resolve to protect wild places and natural diversity. We must remember that nature in urbanized areas needs to be nurtured, for it is most valuable to people when it is wild and biodiverse. Our challenge is to help all citizens understand the value of nature for its own sake and encourage people to immerse themselves in its wonders without sacrificing its health in the process. My experience in Salamanca affirmed that a wilder world begins where we are. We all need to commit to making the world a wilder place, particularly right here, right now. There’s no better time.