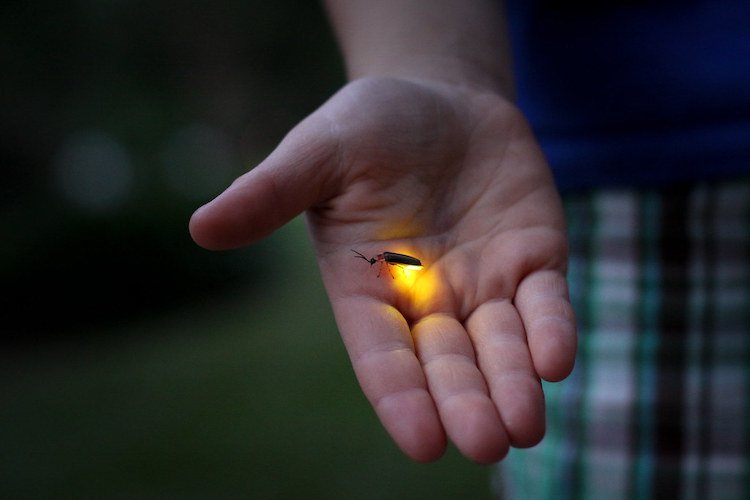 Walking through a nearby park at dusk the other night, I saw a single spark. Then another. Soon there were too many to count, hovering in the airspace between my chin and my ankles, lighting my way past the lake, the gazebo, and over the boney cast iron bridge.

Who needs a time machine when you have memory to transport you to another place, another you? Those sparks must have kindled a few synapses, because suddenly I was six-years-old again, running with my best friend Cindi through freshly mown grass enveloping us in the signature scent of a suburban summer while staining the soles of our feet DayGlo green. Wild with excitement at being allowed to stay outside after dark, we’re relentless, ruthless, giggling predators intent on imprisoning lightning bugs in an empty Miracle Whip jar.

If you live in the eastern half of the U.S., mention to your neighbor or coworker that you watched fireflies last night and see what happens. I’ll bet their faces will soften and glow as if bathed in the bioluminescence of an impromptu nightlight. It’s Proust’s Remembrance of Things Past but with Coleoptera instead of cookies.

That’s right, they’re not fiery flies, they’re beetles, a group that doesn’t usually garner much affection from the human race. Let’s face it—we like our nonhuman animals to have fur or feathers and large, liquid, simple eyes. However, if you can make your butt blink on warm summer evenings, folks are more willing to see you in a new light. 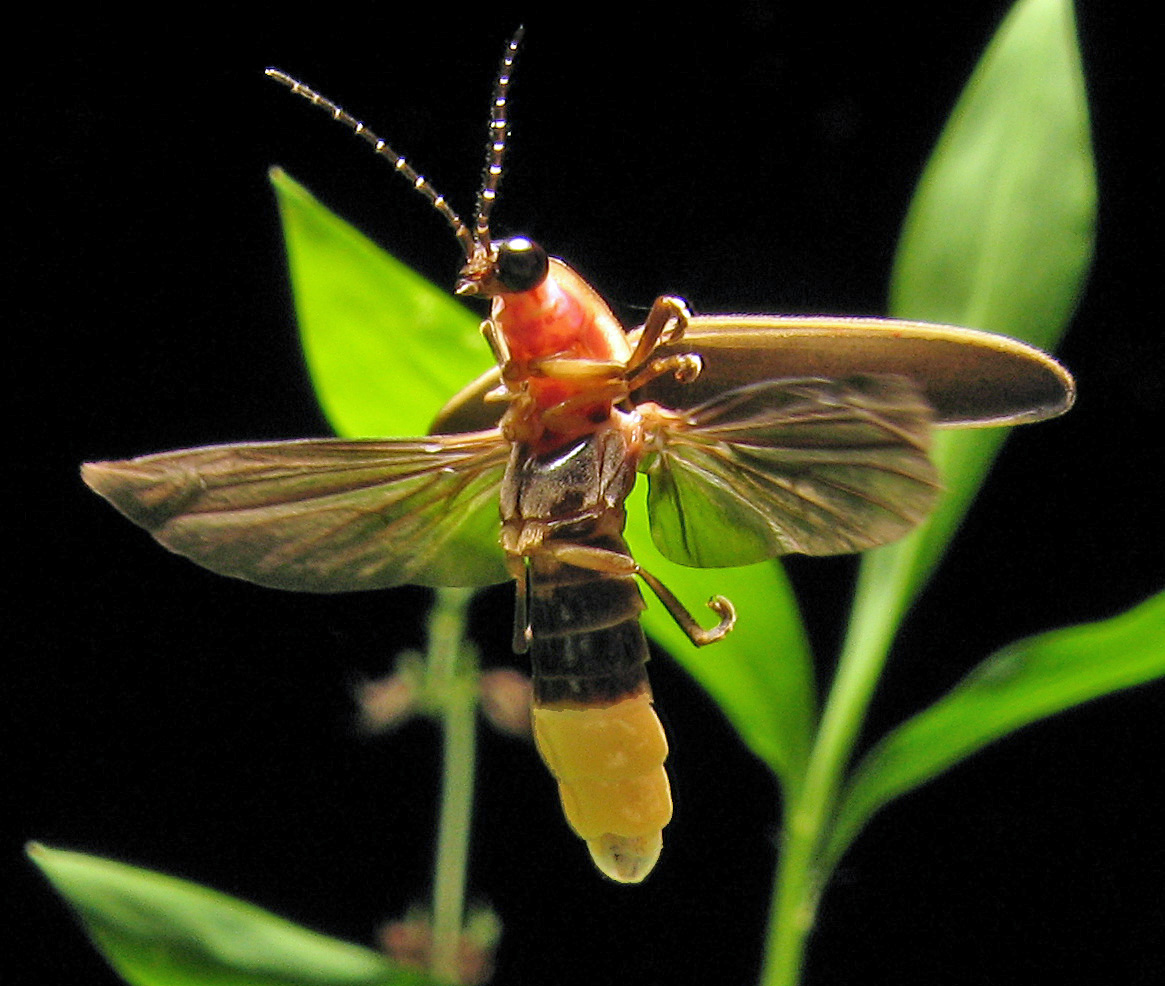 Special organs in the firefly’s abdomen convert oxygen and a compound called luciferin into a yellow or chartreuse glow. They’re quite good at this, by the way. Common incandescent light bulbs convert only 10% of their energy supply into light; the other 90% is emitted as heat. Fluorescent bulbs transform 90% of their energy into light but fall short of the nearly 100% efficiency of a firefly’s “cold” light.

As kids, we learn those flashes are the insect version of Tinder, an attempt to find a mate. What you may not know is that each species—and there are many different species of fireflies in just North America—has its own unique light show to help everyone pair up correctly. Males fly around broadcasting a kind of visual Morse code to the females hanging out in or near the grass. When a female spots a familiar pattern, she flashes a response, then the hopeful pair signal back and forth until the male finds her.

Some flash patterns warn away predators who’ve come to associate an unpleasant meal with a specific blink beat. This doesn’t work with every predator, of course; juvenile Homo sapiens are one obvious example. Often, though, the biggest threat comes from a relative—some species are able to mimic the unique display pattern of their kin to trick the males and… well, use your imagination. Or, better yet, let Isabella Rossellini explain it to you.

Returning from my reverie of 1965 to present day, I had a vague sense of something missing. Then it hit me—I didn’t see a single child with a jar in pursuit of bobbing, weaving, cold-light moonbeams! I found this disturbing, and disheartening.

My own lifelong fascination with the natural world was not sparked by National Geographic specials that offered a window into the lives of exotic creatures living halfway around the world. In time, those programs did come to have an impact as well. There’s no doubt in my mind, though, that my love of all things wild started when I was a toddler, sitting in my mom’s lap in the backyard watching cardinals grow bold with curiosity as she whistled their calls—Birdy-birdy-birdy! Cheer-cheer-cheer!—back to them. It blossomed because, as a grade-schooler, I was allowed to raise tadpoles in galvanized buckets, catch crawdads in plastic cups, tie thread-leashes to the legs of June bugs, and run after lightning bugs with salad dressing jars.

Maybe if I’d been walking through a subdivision, I’d have seen evidence the spark that caught fire in me all those years ago still has a chance to ignite wonder in the up-and-coming generation. Maybe there are thousands of children darting across thousands of lawns after millions of flashing yellow lights all across the U.S.

I hope so… but can we really afford to leave it to chance? I don’t think so.

Do me a favor, would you? Find a kid you know. Pull an empty jar down from a cabinet shelf and poke some holes in the lid. Then go outside after dinner tonight, catch some fireflies, and light a spark.