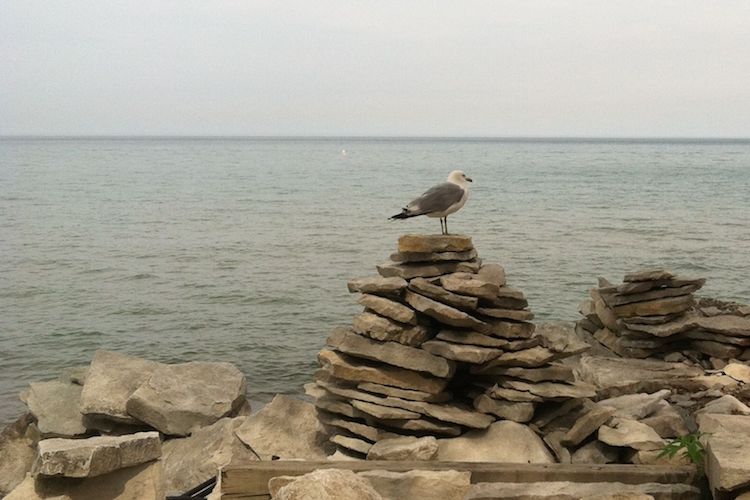 I have a confession. I do not love all creatures equally.

I think it is a worthy task to cultivate appreciation and wonder for nonhuman animals who may not immediately capture our affection and curiosity. I think a capacity for care and moral concern expands as we learn the intricate, seemingly alien beauties of other species. I think we should strive to overcome initial revulsions, knowing that these often have more to do with our own projections than with another animal’s actual behavior or psychological makeup.

But I won’t pretend that I welcome the presence of all animals with open arms. I support any animal’s claim to a place in the sun, yet there are a few creatures with whom I would rather not share the same patch of grass. For example, I can appreciate termites from afar—for their incredible social networks, phenomenal architectural achievements, and design accomplishments—but I’d prefer their mandibles be nowhere near my home or face.

Not grocking with termites comes off as uncontroversial, I suspect. Here’s where it gets more personal. Seagulls. I have problems with seagulls. I don’t wish seagulls harm; but I don’t wish them well either. My attitude toward them is based on something I generally go to great lengths to avoid: pure anthropomorphism. Put plainly, they seem like selfish brats. My experiences suggest they’d snatch away every last scrap of food from me if they could. I’m sure they’d carry me off, too, if they had the strength. They seem the embodiment of avian id. Gimme, gimme, gimme. Turn your head for a moment and see what happens. 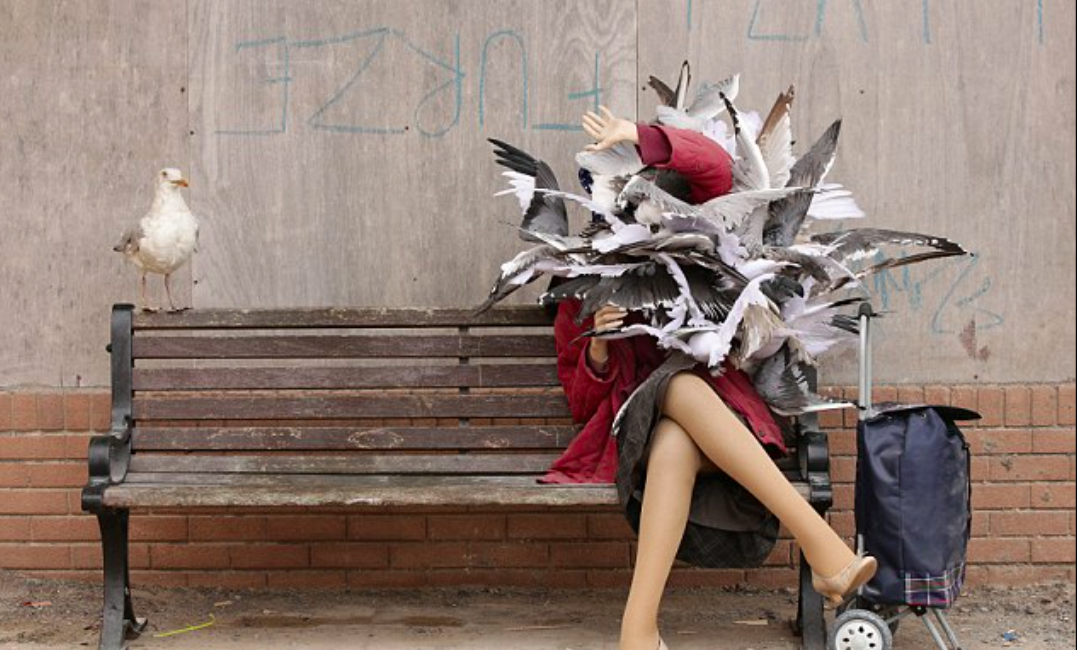 When a seagull has hold of a shred of potato chip, cracker, or sandwich crust, they’ll fight, every gull for himself, until one triumphs and wings his way into the sunset. This is how seagulls are most frequently depicted, a lovely silhouette over a large body of water, a black V in a serene sky. But if the painting could move forward in time, I believe you’d see that one sunset-bound gull, with belly full and hunger temporarily satiated, circle back and shit on your head—a parting gift for the loss of your picnic dinner. 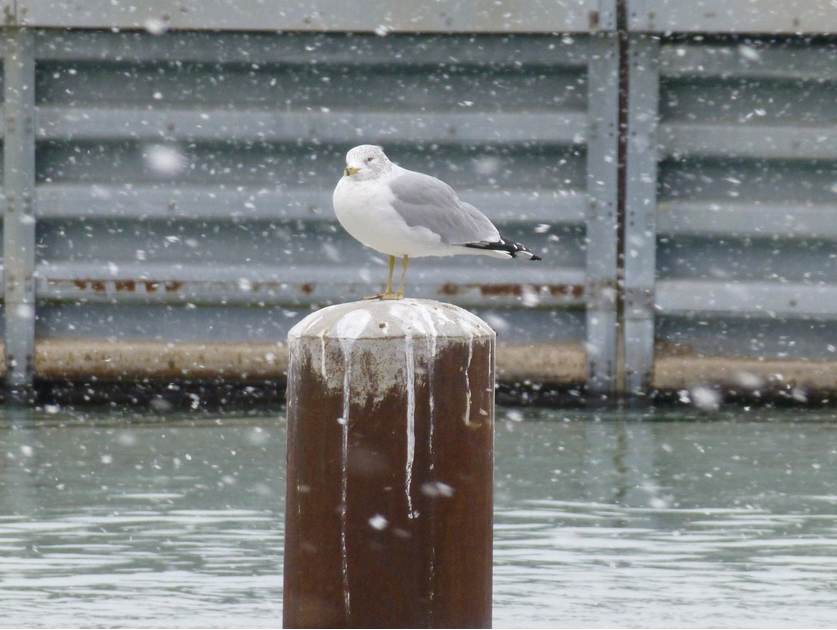 I mentioned my seagull disdain to a fellow animal-loving friend and writer who made valiant attempts to warn me against passing such gull-related moral judgments. The variety! he exclaimed. The magnificent colors! he implored. And, yes, the beaches sometimes feel lonely without them, I admit. I do enjoy listening to the squealing soundtrack they offer up to the wind (probably yelling food! food! give me food! food! food! I want food!). Their presence adds a certain measure of poignancy if I arrive, pensive and somber, at the beach. When I am in this mood, they seem incarnations of the world’s hunger. And, yes, I can watch them in fascination, as I do other birds, for hours. But I just know, in some way, they are also conspiring to take me down. 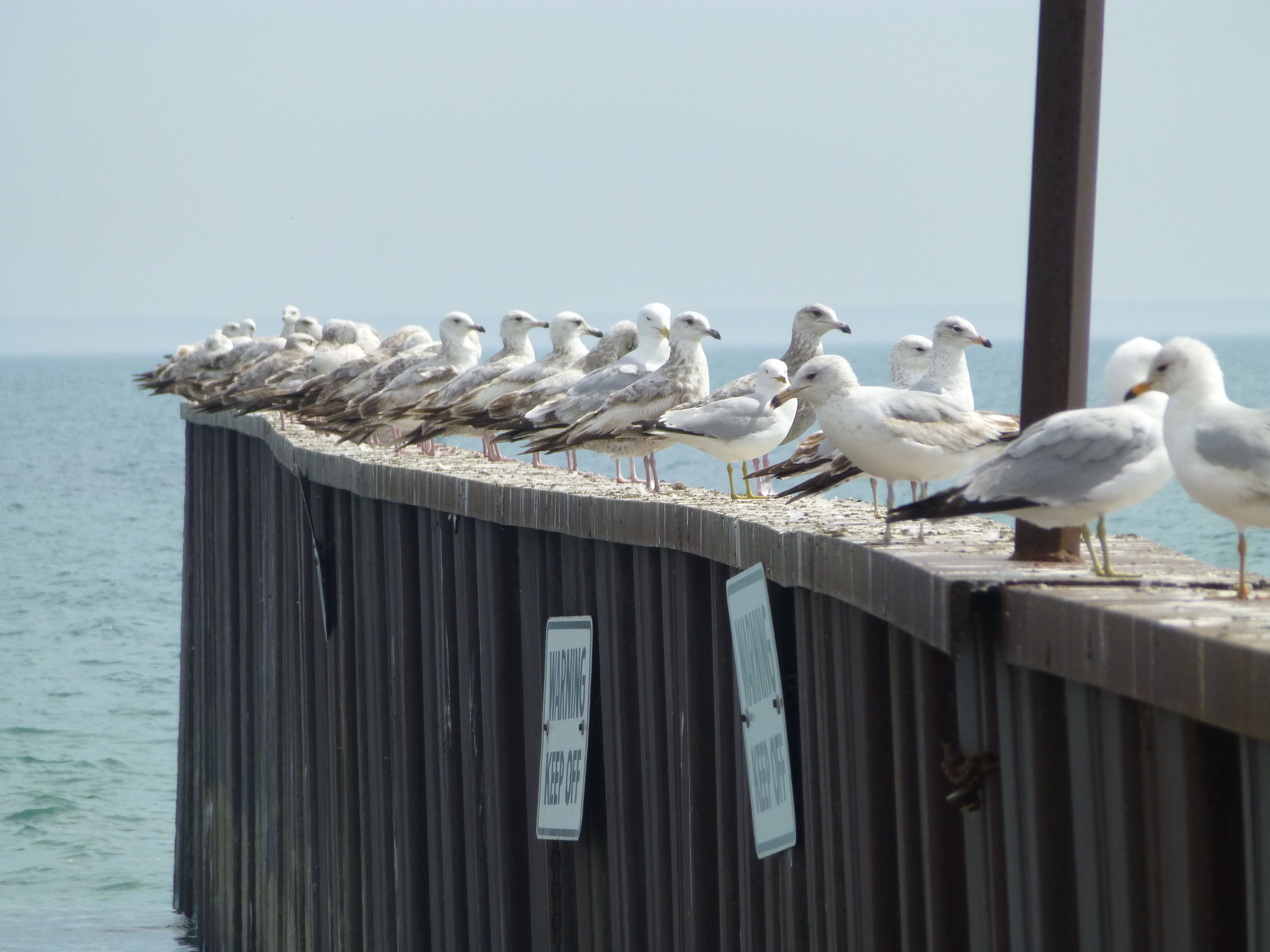 All that said, I acknowledge I haven’t taken the time to get to know many gulls as individuals. That perhaps would make a difference. For instance, one shining emissary of seagull fortitude has begun to alter my opinion of seagulls as a group: Steve.

I recently became acquainted with Steve while attending a summertime cookout. My friend Kate lives in a condo building near a small chunk of beachfront. And that’s where Steve hangs out. As I munched some tortilla chips and contemplated the sheen of the lake, I noticed him, all alone, patrolling (there’s no other word for it) the city shoreline. Whenever another gull or small group of gulls came close, Steve threw a fit. He lunged, he squealed, he took to the sky and dive-bombed the other birds like a WWII spitfire plane. His assaults persisted until the other gulls moved on, no doubt thinking of beaches other than this bit of sand with a single crazy gull. I was intrigued.

“Did you see that?” I asked Kate in astonishment. “That gull just chased the other gulls away.”

Steve. Apparently Steve is well known among the condo owners. For several years now, Steve has claimed this beach as his territory and vowed to defend it against all enemy incursions. As a reward for his vigilance, people who use the beach often toss him food scraps of various sorts. Interspecies symbiosis: a clean beach in exchange for morsels. One woman frequently beckons him by name. “Steve! Steeeeeve. Over here, Steve!” And over he scuttles with expectant head cocked to one side.

I deferentially approach Steve. He ponders me, a quizzical look in his red-rimmed eyes. He wonders if there are crackers hidden in one of my hands. I have none. He tacks left, then right, faces me again. I ask if he has a message for me about seagulls. Perhaps Steve knows secrets I don’t.

The bird paces between me and Lake Michigan, pauses, offers a slight turn of his head. I wait. The water murmurs. The gull remains silent. A white feather on his head flickers in the wind. Last chance, I say, daring the bird to set me straight.

I get no magic. Gulls have their own business to attend to, their own company to keep.

I instead receive an alternate message: The world doesn’t speak for me alone. Steve is full of his own gullness. If that’s not enough, then I’m asking the wrong questions.

So, we look at one another, Steve and I. We share the beach and contemplate the clean smell of the wind together. The lake murmurs. This is enough. Why ask for more when so much is given?