A Stillness in Graceland Cemetery 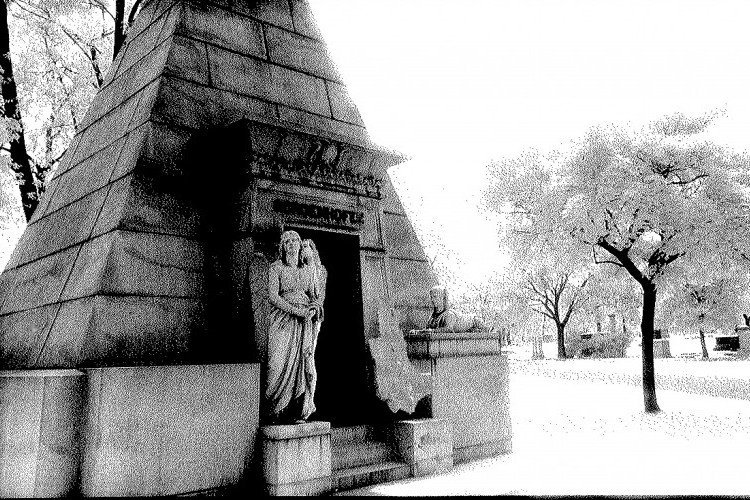 Cemeteries are wonderful places to contemplate the world and your existence in it. Their peaceful and serene atmosphere allows one to slow down and take time to really look at things.

The pastoral environment of the cemetery nurtures animals as well as people. I always find animals living here that I don’t see in other areas.

When I photograph, I am in a frame of mind where I visually process information and don’t question what things are—only their visual presence at the moment matters. I am always amazed at what I can see and experience while photographing. It is this unique way of experiencing the world that led to my close encounter with a coyote.

On an early spring day in Chicago, I visited Graceland Cemetery to photograph. Graceland is on the north side of Chicago, a very urban setting. The cemetery itself, however, is usually peaceful and serene, with few people around. It’s a wonderful place to photograph because of the architectural design and details of the monuments. It seems like a different era, and one in which I easily become immersed. The turn of the century grave markers tell a story about another time. This particular visit was most unusual because of all the life forces that were present. There were squirrels running around and birds singing.

One of the things I find most intriguing at Graceland is the Peter Schoenhofen monument on the northeast side of the cemetery. There are a sphinx and an angel on opposite sides of the doorway of this pyramid shaped monument. 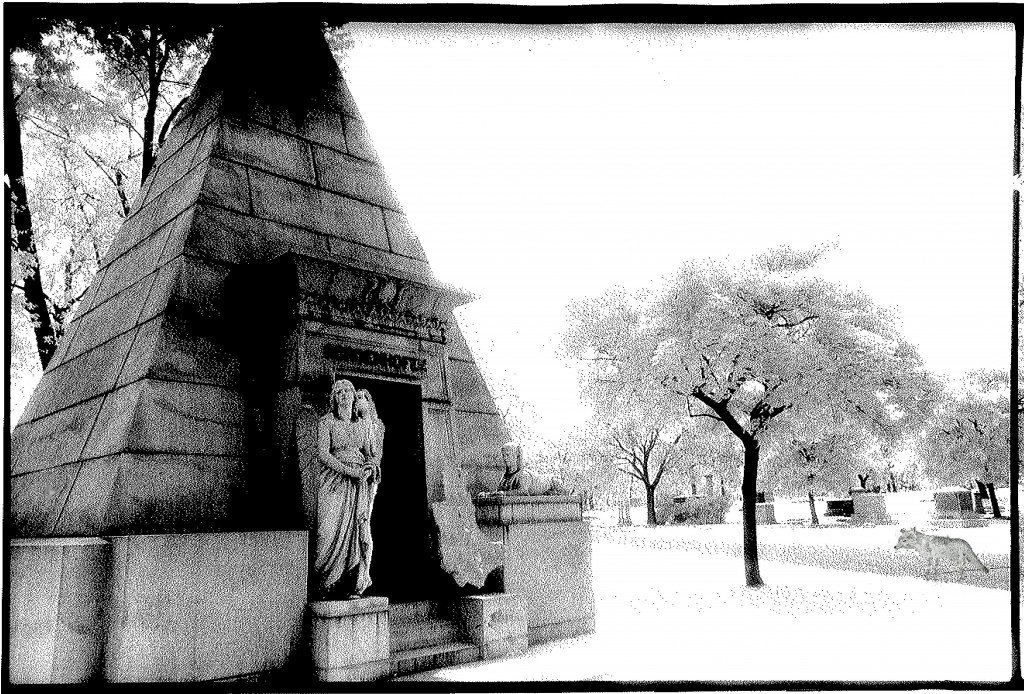 While I was photographing the monument, I heard sounds that seemed to be coming from within the monument. I thought one of the squirrels must have gotten inside through a broken window. I kept photographing and walking around the cemetery.

As I approached the Henry H. Getty monument, which was designed by Louis Sullivan, I saw a small monument of a coyote near it that I had never noticed before. It seemed like a strange place to have such a sculpture. It was several feet from the Getty monument and I remember thinking that there was no relationship between Getty and coyotes that I knew of. The grayish color and texture of the coyote seemed very surreal. It almost seemed magical and alive.

The coyote fascinated me. It looked proud and welcoming and reminded me of a dog I had once. I photographed it from several angles and then heard a sound behind me and turned around. When I turned back to the coyote, it was gone. I couldn’t believe that it had disappeared. I looked around and saw it about thirty feet farther down the road, where it was standing still and appearing frozen again. 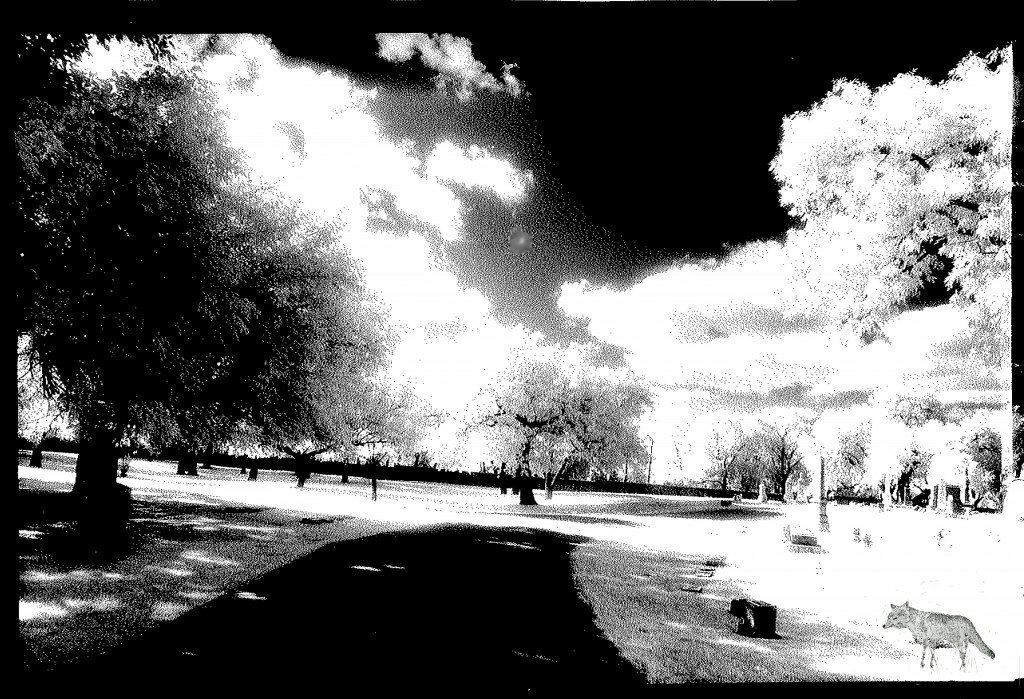 I suddenly realized that it was a living coyote and not a monument! I was surprised and bewildered. I had forgotten about how cunning coyotes can be when they stand still during hunting. This is probably also a way they can adapt to city life and not draw attention to themselves. The coyote seemed like it belonged there and was very aware of its environment. Immersed in the act of taking photographs, I felt naïve and unaware of my surroundings. I wondered how I could mistake a living coyote for a statue. It must have been my total absorption in the visual experience of seeing the world through my camera that made this experience possible. I experienced a temporary suspension of disbelief in what I was seeing. Through the camera lens anything seemed possible.

I felt honored to have been able to interact with this coy animal. It felt like a gift had been given to me. I felt no fear or worry about the coyote. We shared a short time together in an urban environment and I felt more connected to life and nature, and part of a larger existence.

*The photographs, with illustrations, included in this piece were taken with black and white infrared film and are a collaboration between Jane Stevens and Robert Wapahi (Dakota/Santee).