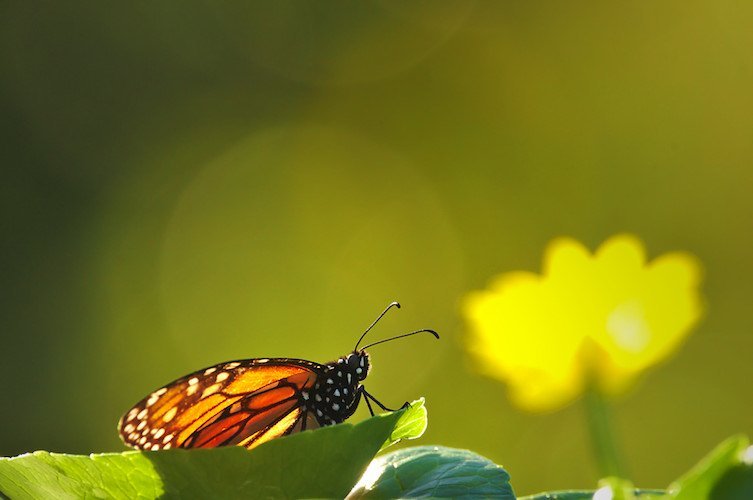 She’d had an emergency on Tuesday, a recurring complication of an old surgery in her right eye. Her left eye is blind, the result of a years-ago case of shingles, diagnosed too late, so any sudden problem in her right eye is treated urgently. When Mom reports these incidents to me, I don’t mess around: I call the eye clinic, and they hustle her in that day, whether it’s a Tuesday afternoon or the weekend.

Sometimes, though, Mom argues against my calling the clinic, countering that we could wait a day or two. As soon as she starts down that path, I feel my stress level rising. What if I can’t get her to come around? Over time, I’ve begun to see this response of hers as a way of showing that she doesn’t want to make a fuss, be a bother. In fact, “that sounds like a lot of bother” is one of Mom’s expressions. (She told me on one occasion that she’d at first decided not to call to tell me that suddenly she could barely see. But then she concluded that it would be more trouble for me if she went blind, so she called me after all.)

At Mom’s emergency eye doc visits, she sees whatever clinic doctor is available, and then they schedule a follow-up with her regular ophthalmologist, Dr. Lee. During one such appointment, as Dr. Lee was telling us how much longer the steroid drops should be continued and when Mom should next return, Mom asked abruptly, “What if I stop taking them?” Her question sounded like a threat. I watched as a look of alarm crossed the doctor’s face. Then the doctor took a breath and answered Mom neutrally, calmly: “Well, your eye could get better on its own. But it also might get worse. And it’s your only good eye.” Another beat went by, and then Mom came back from the brink.

I was grateful a doctor had been around to field the question. Usually, it’s only me there to respond, and I lack adequate authority. Also, I find that my capacity for equanimity is limited. But in the moments when I manage to step back from my position of agitation and impatience, and try to inhabit hers, I see Mom simply trying to assert some control in her ever-shrinking world.

The tensions seem to dominate my psyche. But then along comes an occasion like this: We are driving to an emergency follow-up appointment at one of the clinic’s satellite offices a good 45 minutes away—because that’s where Mom’s doc has office hours that day—and it feels like we are having an adventure together. Mom says, “We’re a pretty good team, aren’t we?” 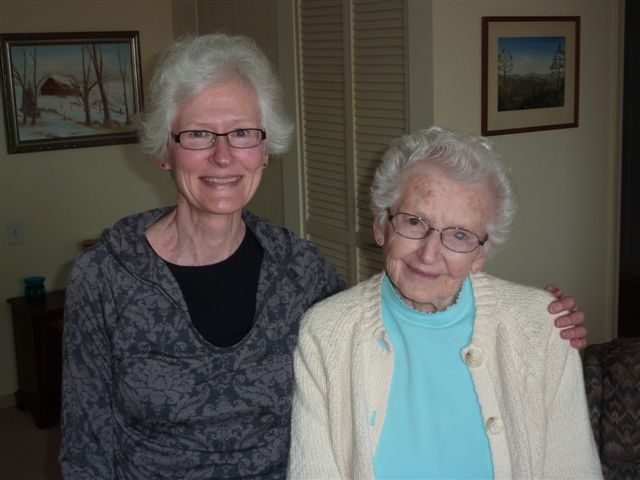 When I headed to Mom’s on Saturday morning, I thought I would have enough time for a relaxed visit and still be able to make it to my volunteer stint staffing the Sierra Club table at my town’s annual art fair. Maybe even with a little breathing room beforehand! I was looking forward to this gig; it was a beautiful mid-September day, and I’d be sharing the duty with a friend. According to our instructions for this event, we would be “spreading the word about monarchs in DuPage [County] and about clean energy in Illinois.”But the focus of the time at Mom’s was overtaken by logistics concerns, and soon I was in a time crunch.

I made a chart for Mom’s eye-drop routine so that whoever gave her the drops at a given time—whether a nurse or me—could make a check mark on the chart, and we’d all know what had been done when. Simple, I thought. But it wasn’t working. The nurses couldn’t seem to get on board with marking my chart. And Mom reported to me that at least once a nurse had put her drop in the wrong eye. I would need to stop at the office on my way out, see if I could talk with someone. I tried to explain to Mom that today was an unusual situation: my visit with her sandwiched between two other commitments with fixed times. But she didn’t want me to go. It’s a shame you have to spend so much time away from me. I took my leave feeling on edge, promising to return after my two-hour shift.

If only I’d had more time at Mom’s, uninterrupted, I might have thought to really talk with her about this current monarch mission and my newfound interest in the butterflies’ plight. It was she who had given the Sue Halpern book Four Wings and a Prayer—about the monarchs’ astonishing migrations—to my husband Dick some fifteen years ago. Both of them read the book; I was the one who hadn’t gotten around to it. I was late to the monarch bandwagon. 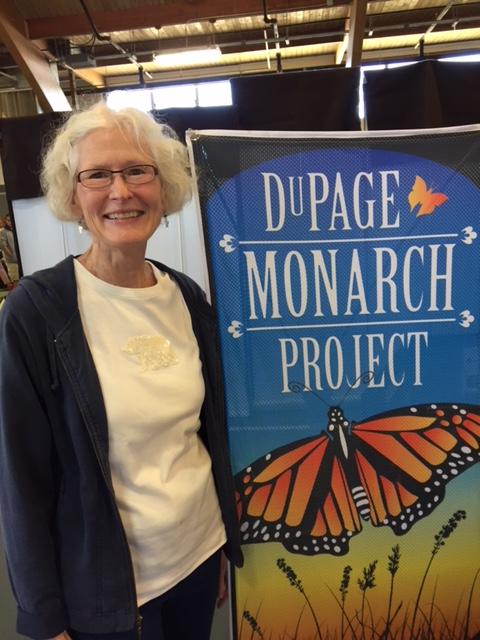 It was a relief to be outdoors, at the low-key fest. Connie, an old hand at “tabling” and gregarious by nature, did the heavy lifting at our booth. It was a middle shift in the day, so set-up had already been done. Connie showed me the hands-on children’s projects we were offering and prepped me on the talking points for our themes. Kids dove into the activities with curiosity and sweetness; the grown-up visitors were friendly and mostly receptive to us. The two hours flew by. My replacement arrived at four, and I did a quick tour of the other tables. At one, I bought local plum preserves for Mom: as close as I’d been able to come to wild plum jelly, which she remembers and yearns for. Then I drove back to her place, already anticipating a struggle over my departure, and thinking ahead to my exit strategy.

At Mom’s apartment, I was startled to find her up and dressed for the first time in days, seeming chipper. To my further surprise, she agreed to my walking her to the dining room at her usual time and saying goodbye to her there, a complete change from the past several days.

On my way home, I made an impromptu stop at a forest preserve on my route from Mom’s. I had more time for walking than I’d expected. My daily walks are still usually in the preserve nearest to home, where Dick and I had always walked. Since losing him five years ago, I’ve been branching out more. But the constant is to walk, somewhere, every day. It’s one of the things I do to stay alive.

In saying this—which I find myself doing in certain conversations—I know I risk appearing melodramatic. But I also know I’m saying something true: It’s simply a fact of my life. And now, with Steve gone too—the brother I’d relied on so completely—my daily walks amid nature are more essential than ever. At the moment that I turned in to the preserve, decompression seemed in order. But I felt a buoyancy, too. Mom had released me to be here—given me her blessing to spend these particular moments away from her. Walking.

Near the end of my march around the loop trail, I encountered a man who’d gotten off his bike and was looking out from the trail through binoculars. I started to ask, “Whatcha got?” guessing it would be a noteworthy bird, maybe a migrant. But before I could speak, he waved me over. It was as though he knew me, knew that what he had would be as exciting to me as it seemed to be to him.

What he had was a whole lot of monarchs: winged migrants, all right, but not of the avian kind. Some were flitting around, but most were at rest, on a thoroughwort bush, within a field of such bushes. He seemed an experienced nature observer, and he told me he was a botanist. (I didn’t ID those thoroughwort bushes on my own!) He had counted sixteen monarchs. Most people would probably have guessed at the number. He had counted. He said he hadn’t seen such a gathering of monarchs in many years; he supposed they were stopped there for the night. I wished I could record the sight, but I was armed with only my cell-phone camera, and the shrubs holding the monarchs were quite a ways off trail. I started into the dense growth anyway—in my shorts and short sleeves—but thought better of it at the same moment that my new acquaintance advised against my wading in. 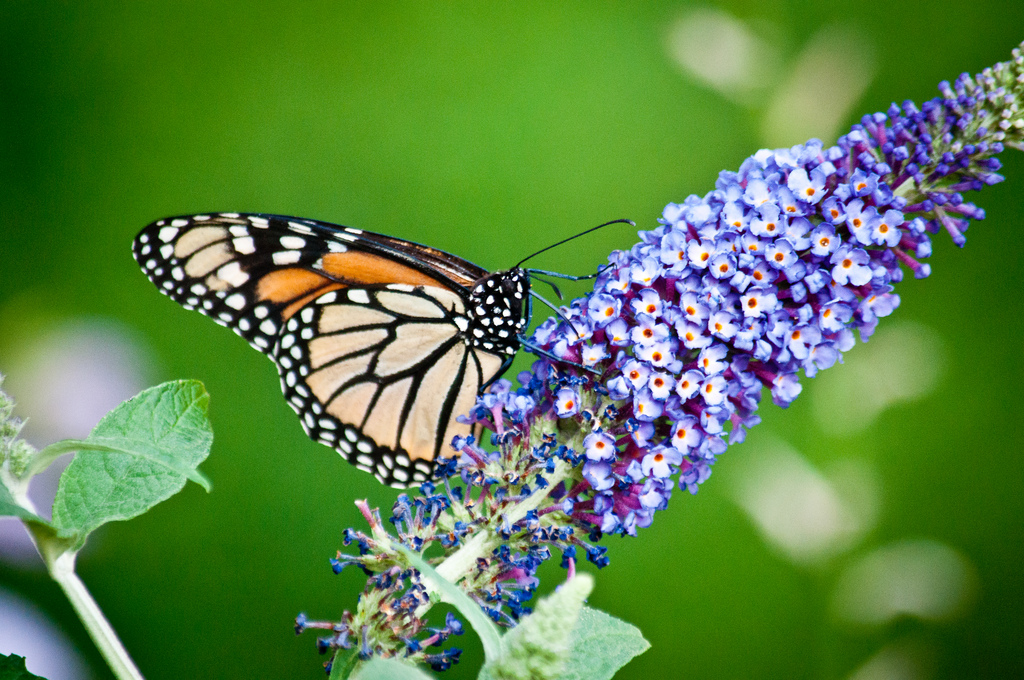 At some point I told him my first name and he told me his. He said he biked there often, and pointed northwest to indicate where he lived. Then we just stood there in companionable silence, continuing to look. As the moment stretched on, there seemed no reason to leave the company of the resting monarchs. But finally we said bye. He shoved off on his bike, and I finished the hike back to the parking lot.

The next day, Sunday, I returned to the site at the same time of day, and again around noon on Monday. Over the next few months, because it was the site of my monarch experience—which I associated with Mom—and because I often stopped there on my way home from her apartment, the preserve became a place to think of her. For instance, Mom’s affinity for critters—both wild and domestic. I thought of the cassette tape labeled “bird calls” in her handwriting, now sitting on top of my audio cabinet (seeming like a reproach to me). I visualized Mom making that tape and listening to it over and over. Practicing her skills in the woods around home. Her patient, solitary study—and the quiet pleasure she took from what she learned. And I recalled her project to attract bluebirds to her tiny yard—when she was still living on her own in Asheville, before moving back here. How she pored over references and consulted local experts, then coaxed the birds to show up at the box she’d acquired and placed precisely. The buying of mealworms to feed the adult birds, and keeping watch till at last chicks appeared.

Only recently did I discover that she used to sit with guidebooks on her lap and identify trees as she whizzed by them on car trips with Dad. I never gave her enough credit for any of it. By comparison, I was an imposter—ornithology and naturalist certificates from our local arboretum notwithstanding. Had I even talked with Mom about my tree ID course while I was taking it? I realized with remorse that I probably had not. Never connected the dots, Mom to me. 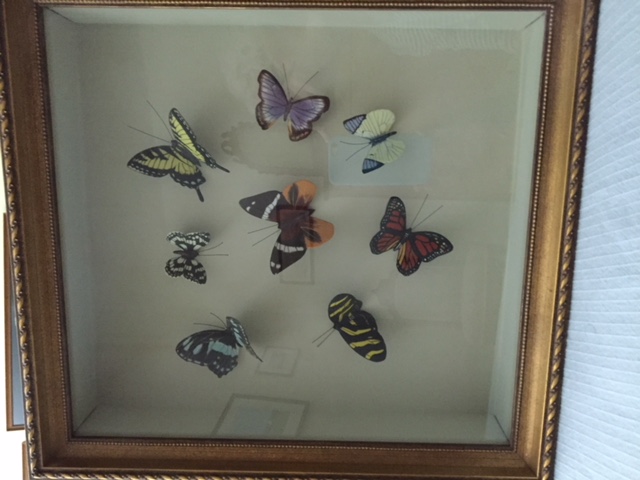 In recent months, I’ve started a list that I call “things my mother taught me.” I think of items to add to the list on my walks: lots of little things—mostly a mix of mundane and funny—many going back to my childhood. But shortly after the day of the monarch sighting, I added this to my list: How to be a widow. It was a lesson I hadn’t wanted to need—hadn’t expected to need for many more years. And Mom had been teaching it to me, through her example, for eighteen years. I should have paid closer attention. Now I was playing catch-up.

With any luck, there will still be time to learn Mom’s lessons, there for the taking. However oblivious I’d been, Mom’s kinship with nature had been seeping in, becoming mine as surely as our kinship with each other. 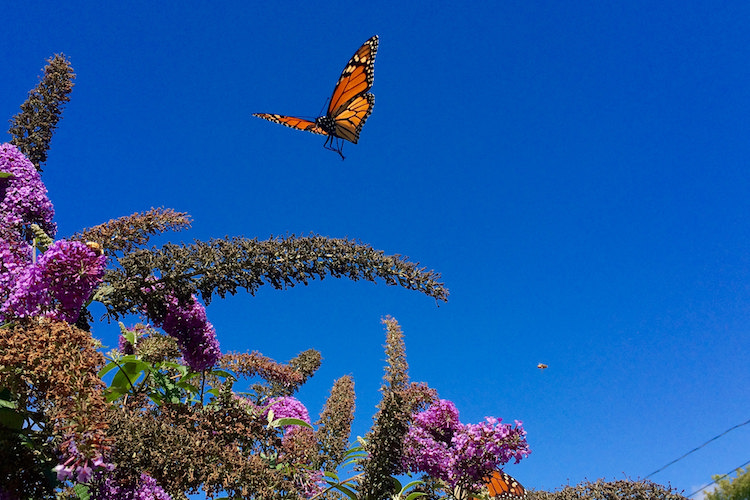