Stories in the Scars and the Markings 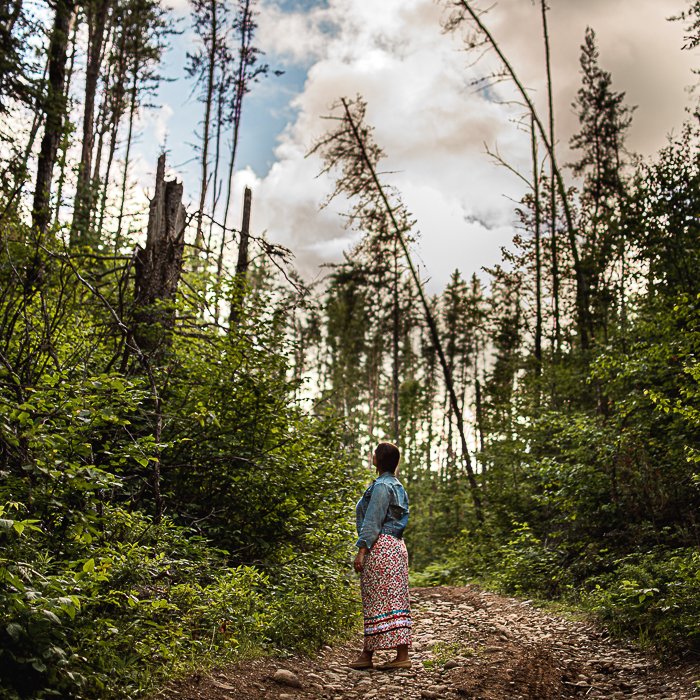 Anishinaabeg have stories for nearly everything that exists in the land around us. There are epic legends and candid tales for how plants, animals, formations, waters, and more came to be. These stories, passed down from generation to generation since time immemorial, explain a spectrum of natural wonders from powerful phenomena like the creation of weather and seasons to basic details like certain animal behaviour or the colour of rocks and trees. Being on the land means remembering and engaging with these stories that firmly root us in Anishinaabe culture and philosophy.

Walking through birch trees in the bush reminds us of the Nanabush story of how that tree got its markings. Sitting on a rocky shore and observing the lichen and moss is reminiscent of another Nanabush story of how those life forms came to be. In each case, Nanabush— as trickster figure—manipulated the natural world around him to either teach or learn lessons himself. As such, trickster stories pass down important morals about traits like humility and honesty.

While the exact narratives and some details of those Nanabush stories can differ from community to community, many of them are universal, often used to connect children with the land around them. And each community can have its own legends about how the natural realm came to be. For example, my home community of Wasauksing First Nation on Georgian Bay, on the Ontario side of Lake Huron, has an ancient story about how a massive Turtle carved one of the channels our people have long used for passage. Such lore is passed down and carried with pride and honour.

That’s how Anishinaabeg have instilled pride and respect for the land for countless generations, as I understand it. Those are the stories the land holds. It has sustained us forever, inspiring immeasurable stories as the seasons have cycled through. We learn as we live with it, intimately understanding our place in this world and our responsibilities to it and the communities in which we exist. It is a beautiful way to be and to share. The markings in the land tell us about who we are and from where we came.

But where there are markings, there are also scars. Our relationship with the land as Indigenous people has been brutally altered by settler colonialism. First, settlers began to remove Indigenous people from our homelands, and then began to remove natural resources for capital gain. Open-pit mines, clear-cut forests, and tailings ponds are visible examples of this exploitation. But those scars show up in our stories as well, reminding us of our forced alienation from our homelands, and the erasure of that recent history from the psyche of settler societies.

I am of Anishinaabe and Canadian descent. My dad is from the rez, and my mom is from town. I have roots in both Wasauksing and Parry Sound, Ontario, neighbouring communities on the north shore of Georgian Bay. The former is an island, and the latter is on the adjacent mainland—a result of the removal of Anishinaabeg. The geography of my heritage taught me early about the disparities in relationships with the land.

Despite their cultural and economic differences, both sides of my family came together to live in our home territory in a good way, and I grew up watching love and respect flourish in both directions. But as I got older, I became more familiar with the history that eluded settler Canadians, and I developed an understanding of the complicated ways in which the creation of this country left scars on the landscape and in the spirits of the people who had originally thrived here.

This learning came through all kinds of stories, ceremonies, and experiences as my family and home community reconnected with Anishinaabe ways in the wake of decades of trauma and abuse as a result of attempted genocide. What had long been rejected as folklore in the history books was our oral history. One particular anecdote I heard from my grandmother when I was a young adult affirmed that. I have held that knowledge and perspective close ever since.

My grandmother’s name was Aileen Rice, a renowned Wasauksing Elder, minister at the community’s United Church, and advocate for fair education. I can’t remember exactly how old I was when we had this discussion. I was either in my late teens or early twenties. I sat on the couch across from her, comfortable in her favourite chair, as we always visited up until her death a few years ago. We chatted about almost everything in those times, and she was always keen to share anecdotes from her childhood and the history of our Anishinaabe Ancestors.

We often talked about the changes in our community, and she liked to remind me about the luxuries I enjoyed in my youth—like running water and television—as Elders often do, in a loving and jovial way. But when she told me about the differences between our generations, she also made sure to remind me of how disparate life was for the generations before her—the ones who survived removal and violence.

She said her grandparents’ generation were the ones who were forced from the mainland onto the island we now call home. Our Ancestors visited Wasauksing for as long as anyone could remember, but they rarely stayed year-round. Instead, the Anishinaabeg we are descended from traversed the north shore of Lake Huron and Georgian Bay according to season. They were mobile, and freely settled where they needed.

“But those scars show up in our stories as well, reminding us of our forced alienation from our homelands…” –Waubgeshig Rice, Photo Credit: Alyssa Bardy, Chicory Wild Creative

But after Canadian confederation in 1867, authorities interpreted the Robinson-Huron Treaty of 1850 to mean the people who traditionally inhabited the Parry Sound area would have to settle on the nearby island; so they were forced from the mainland permanently. And then when they sat on the shore of that island and looked to the mainland, my grandmother said, they watched all the trees of their former home aggressively cut down. Forestry became the main industry in the Parry Sound area in the late nineteenth century.

That was the physical scar colonialism cut into the homeland of the Anishinaabeg. But the spiritual and cultural cuts that followed were much deeper, and the scars have yet to fade entirely. After removal, they were confined to the island by the Indian Act, which forbade free passage from the reserve. It also outlawed gathering for ceremonial or cultural purposes. And then many children were forcibly taken to attend residential school. The methods of genocide were multi-pronged and deeply damaging.

Essentially, that was the end of the world for the Anishinaabeg, said my grandmother. And that was just four generations before me. But despite those major traumas that continue to reverberate through our community, culture and identity survived. As their world ended, our Anishinaabe Ancestors held on to as much as they could, in hopes that knowledge would one day thrive in our homelands once again. The damage of colonialism has been done, especially to our language, but that spirit of hope inspires me every day. And work is underway to reclaim what was stolen and beaten from us.

I based a moment in my recent novel, Moon of the Crusted Snow, on that conversation with my grandmother; it’s a reminder that Indigenous people have already survived our apocalypse, and the world we currently inhabit is very much dystopian. Despite a hostile world that still wants to exploit the land and ravage our identities and cultures, we’re still here, alive in our homelands. We bear and acknowledge the scars of our Ancestors in a collective resolve to heal. And we’ll repeat the stories for generations to come, looking to the markings and scars in the land, to ensure no one forgets and that these horrors never repeat. Speaking the lore itself is healing. And it firmly roots our history and identity in this land for future generations.

Special thanks to Samantha Butwell for her work on this series. 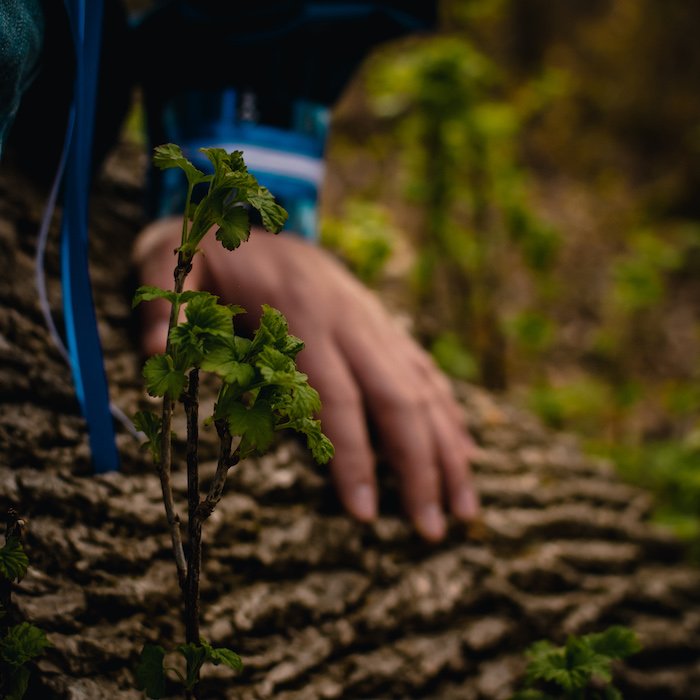 My Story of Mother Earth 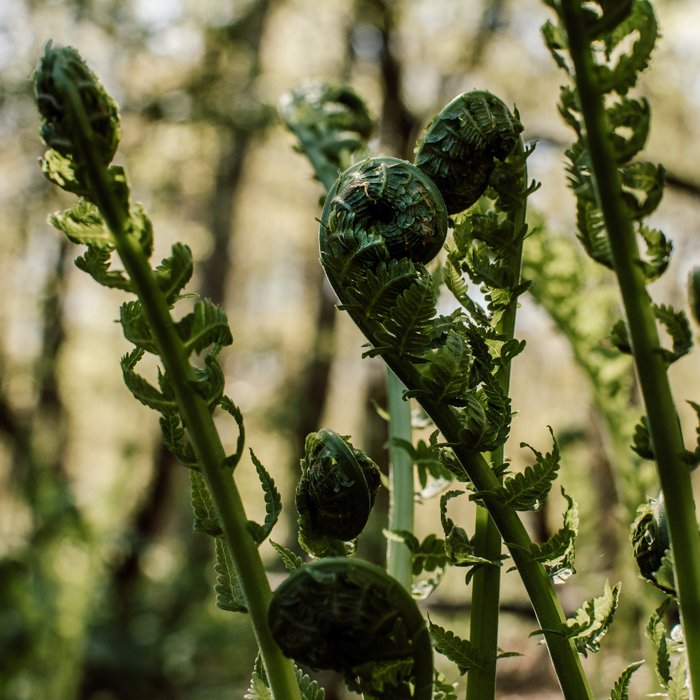 Origin stories: ‘I nga wā o mua’ ‘from times in front.’ The perpetual creation story and the emergence of the Fourth Realm (digital storytelling)