The Bear and Me 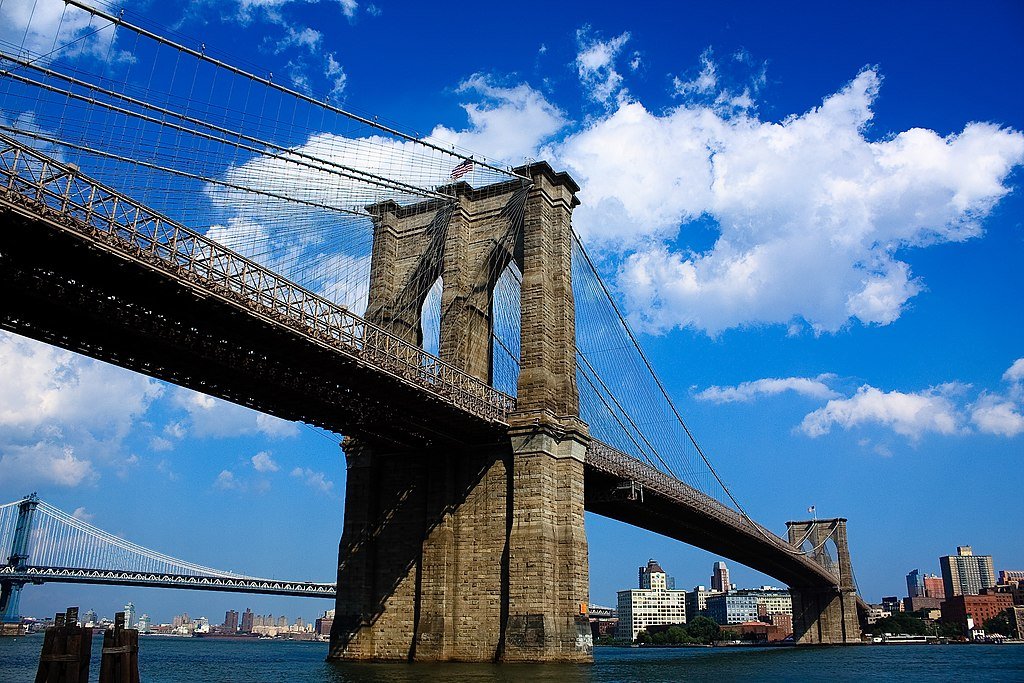 One morning recently I found myself crying while reading William Faulkner’s “The Bear.” It was a Saturday and I’d woken earlier than usual, just after five, and my brain was too busy to return to sleep. I’d read the earlier stories in Go Down, Moses during the week and had been planning to give some serious attention to the book’s centerpiece. What better time? It was a cold, dark morning, and I was secured under the blankets except for my head and arms.

Like Melville and Joyce, like poetry, Faulkner should be read aloud. There is something symphonic in the words, or at least rhapsodic. So as that dense Faulknerian music poured out of me, I just started to weep for what’s being lost in the story, which takes place in the 1870s: the big woods and the bear and the “Lord-to-God” bird, the Ivory-billed Woodpecker.

Not a landscape I have ever seen, mind you. I’ve never been south of northern Virginia, excepting the Rio Grande Valley, but I have lived my whole life in a time of humanity’s berserker onslaught on the planet, the post-World War Two population, consumption, and pollution explosion. I know of the leveling of the bottom-lands and the reduction of the up-lands, baggage-strewn Everest and ocean gyres choked with plastic, and the demonic genie of carbon dioxide filling the atmosphere—each of these a contribution to the toxic layer of the Anthropocene we are making in the future record of the planet, should anyone or anything be around to read it. Who wouldn’t weep?

But I did have a physical connection to that lost landscape, and I knew I was heading towards it later that morning, which made the sense of loss all the more palpable. I live in Brooklyn, NY. A couple of blocks away in Brooklyn Bridge Park are some remnants of those big woods now long gone. Maybe not quite the same woods Faulkner’s Sam Fathers and Isaac McCaslin mourn, but still resonant of them and their loss and our culpability in that loss. 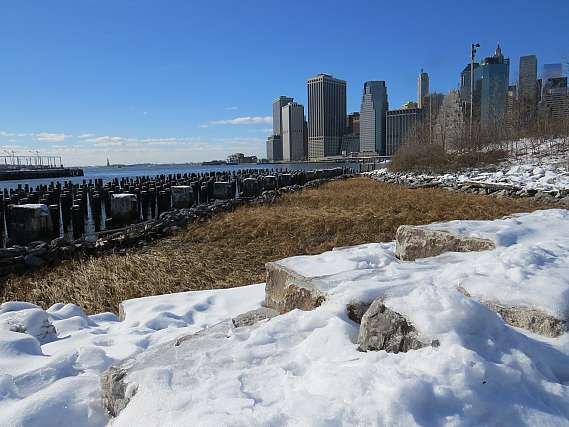 The park may seem a strange place for these remnants. It has been opening in sections since 2010, built alongside and atop the abandoned piers below the flank of Brooklyn Heights. In the early stages of construction, the National Cold Storage Building at Pier 1 was demolished to make way for the park. The destruction of the historic building was controversial, but at least its massive wooden framing was salvaged. The wood was then repurposed for the park’s furniture, the benches and picnic tables, most notably between Pier 5 and the ruins of Pier 4. This wood is Southern Longleaf Pine (Pinus palustris); with its foot-long needles, it’s also known as Longstraw, Southern Yellow, Hill, Heart, and Pitch Pine. A century and a half and more after it was cut down there, it still wears like iron here.

The resin-rich wood is close to indestructible, a thing made rich and strange by time, the resin cementing into a sort of amber. Strong and unusually fire-resistant, this was a dream timber, and as a result it was logged out to build America and to supply its ships with tar, pitch, and turpentine. As a result of that, you can’t find much now, not timber-worth anyway. We ate up 95% of the Longleaf Pine savannah. Those woods, stretching from North Carolina to Louisiana, have gone the way of the Ivory-billed Woodpecker. Not as well known is the Red-cockaded Woodpecker, perhaps because it still hangs on. This species may even have been responsible for the pine savannah itself in that complicated life-web way that makes habitats, ways we’re only beginning to understand. The Red-cockaded still exists, but its habitat has been reduced to fragments. Two decades ago, there were about 4,230 breeding pairs; through intensive efforts that number is up to about 6,480. 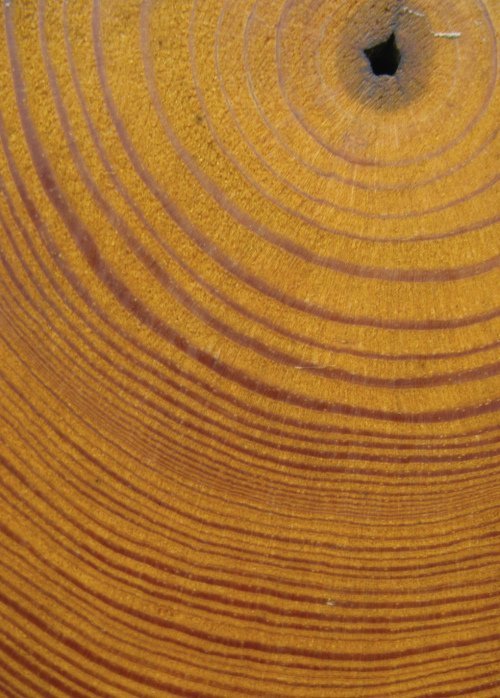 Brooklyn Bridge Park’s recycled wood dates roughly to the era of “The Bear.” And, judging from the size of the remnants now, it was already old when it was cut. Longleaf Pine is said to have a lifespan of up to 500 years, but there’s no respect for the elderly from a timber industry perspective, which wants fast-growing, harvestable pine species. As timber, wood is dead and yet not dead. It’s kind of like history that way, kind of like the most quoted of any Faulkner line: “The past is never dead. It’s not even past.” Re-mill it, this wood, this history, and let us rest our backsides on it now as we look over the East River.

A few months ago, sitting there, my view took in a small wooden ship visiting the harbor. Moored just off shore of these haunted picnic tables was the “freedom schooner” Amistad. This ship was launched in 2000 as a modern re-creation of the famous La Amistad, the ironically named slave ship, which was liberated by its captive humans and sailed to American waters and the Supreme Court and ultimately liberation. The modern schooner is now used for educational purposes. It was surprisingly toy-like but its symbolic weight felt enormous, rocking gently on the water across from one of the financial hearts of slavery—home of the counting houses, insurance offices, and banks that made the triangular trade and King Cotton possible and profitable long after slavery itself was outlawed in New York state.

We are all connected to the past, as the planet is all connected to its parts. Indeed, the parts can’t be separated; they’re not really “parts.” We’re solar-powered. We’re made of cells which are the ancestors of once separate life forms. We’re walking chimeras of mammal and microbiota; separating the two apart would benefit neither. We’re all of the same planet and of the same history.

When I sat down with vague thoughts in my head for this essay, I had a title, “The Bear and I.” But then I thought again about that Longleaf Pine in Brooklyn Bridge Park and the salvaging of the past, and all its echoes in the world. The more familiar “The Bear and Me” felt more appropriate, especially when I said it to myself and heard what I’ve been trying to get at all along: the bear in me, in all of us.

Photographs by Matthew Wills. Top: The southern edge of Pier One in Brooklyn Bridge Park, with a tiny triangle salt marsh in the foreground, New York Harbor, and very distantly the Statue of Liberty. Bottom: Example of salvaged Southern Longleaf Yellow Pine, which has been recycled for benches and tables at Pier 5 at Brooklyn Bridge Park.