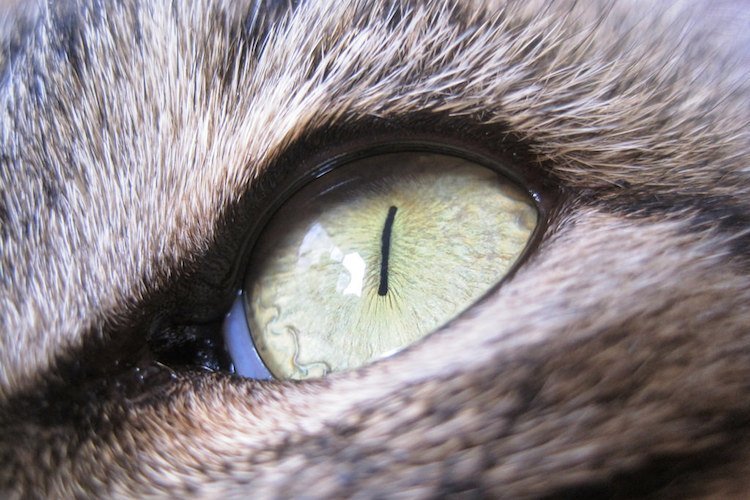 Humans are animals, Kingdom Animalia, the upright ape, but in our understanding of ourselves we don’t like to lean in to our animality so we lean away, skeeved, from “ape,” and toward a moral universe of “uprightness,” “tool use,” and “dominion.” We like to talk about machine learning. We don’t like to talk too much about our odor.

Our awareness of animals is limited, partial. Yes, they “share our world.” They are “our brothers.” But then we stop considering them. Animals are either the crow, the octopus, the elephant—otherworldly and possessing of uncanny intelligence and emotional range, fit for long-form think pieces—or dumb and useful to us. See: how we teach our young the sounds on “Old MacDonald Had a Farm.” And we poo-poo our children’s pretending to be (as is recently the case for my ten-year-old daughter) cats.

“I will let you drink milk out of a dish under the table one more time, and sleep in the dog’s bed, and then that’s it. Pretending to be a cat must stop. You are a tween girl. NOT A CAT,” I said, and, just like a cat, she ignored me. 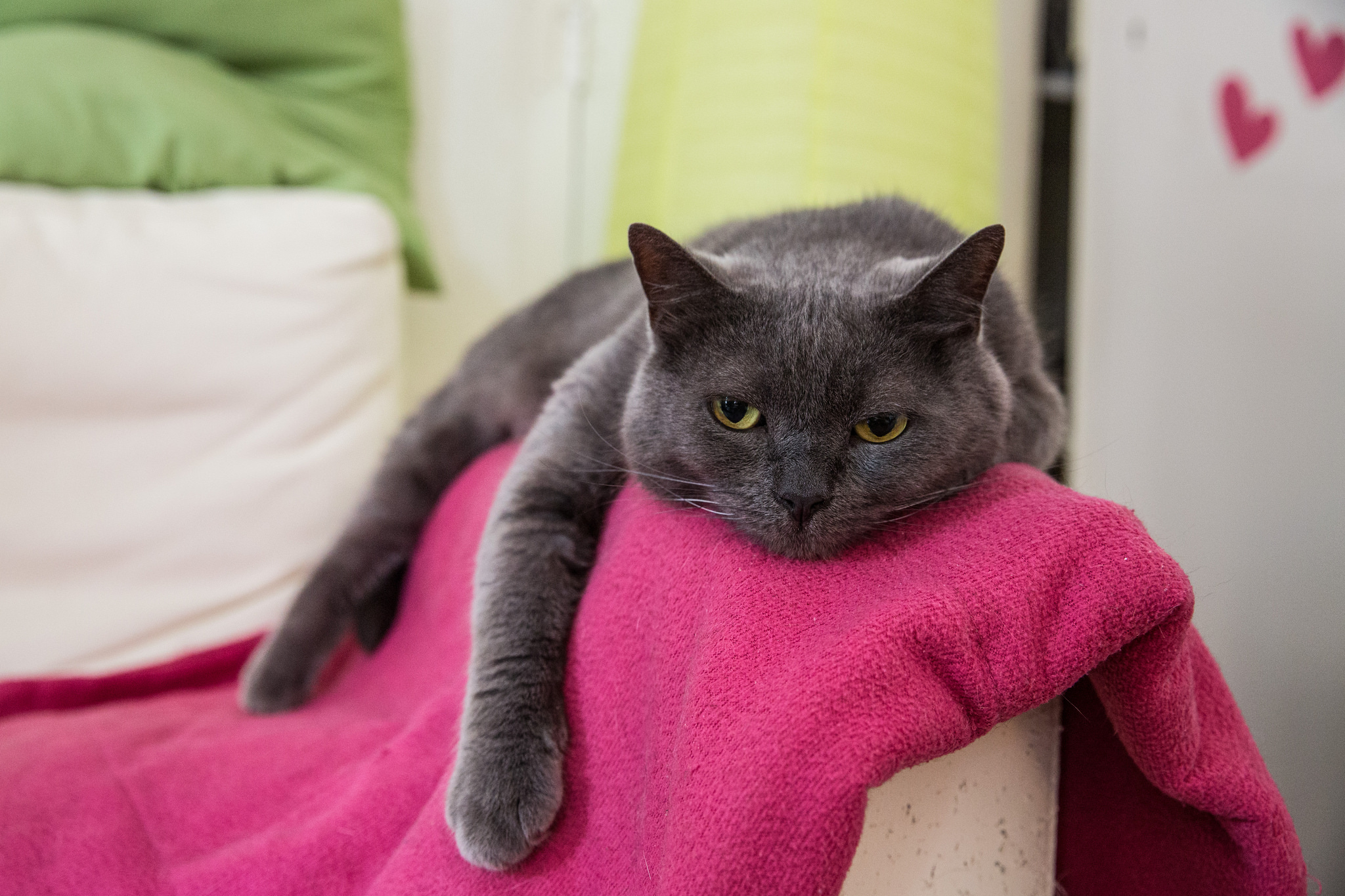 I was losing patience with the cat game. Whatever cat accessory I crafted for my daughter, it was never enough. I pinned a black cat tail to her leggings for a Halloween costume; she wanted whiskers. I painted whiskers on with black eyeliner; she wanted ears. I found a cat ear headband (surprisingly there were many to choose from at Claire’s); she wanted paws. We looked at velvet material we could make into paws. And on it goes, more details, more additions, to make her transformation into catness more complete.

One night, as I was putting her to bed, she asked eagerly if people ever have a tail surgically attached because they want one? She told me she had one in mind. It could be white and fluffy, but it would be especially fine if it were a Siamese cat tail, grey and fascinatingly communicative at the tip and large enough to conveniently wrap around her so she could sleep outside and be warm. I almost called the pediatrician. Was there something possibly pathological in this cat play? Why wasn’t she interested with her life’s work of being human?

Then two things happened. I read Charles Foster’s Being A Beast: Adventures Across The Species Divide, and my mom texted to remind me that when I was eleven I wanted to be a stallion, specifically the Black Stallion from Walter Farley’s The Black Stallion young adultseries. My mom, to her credit, had not seen this tween-daughter-as-stallion as dangerous; it was childhood. It was a phase. It was the last membrane of imagination to be popped between childhood and adulthood (when you don’t pretend anymore, except that you have it all together).

My mom filled a paper lunch bag with rolled oats, and I tied it around my head as a feedbag and galloped around the backyard whinnying. She provided me with a bucket filled with clover because what harm could a little clover do to an eleven-year-old’s digestion, really? And just eating oats gets boring. 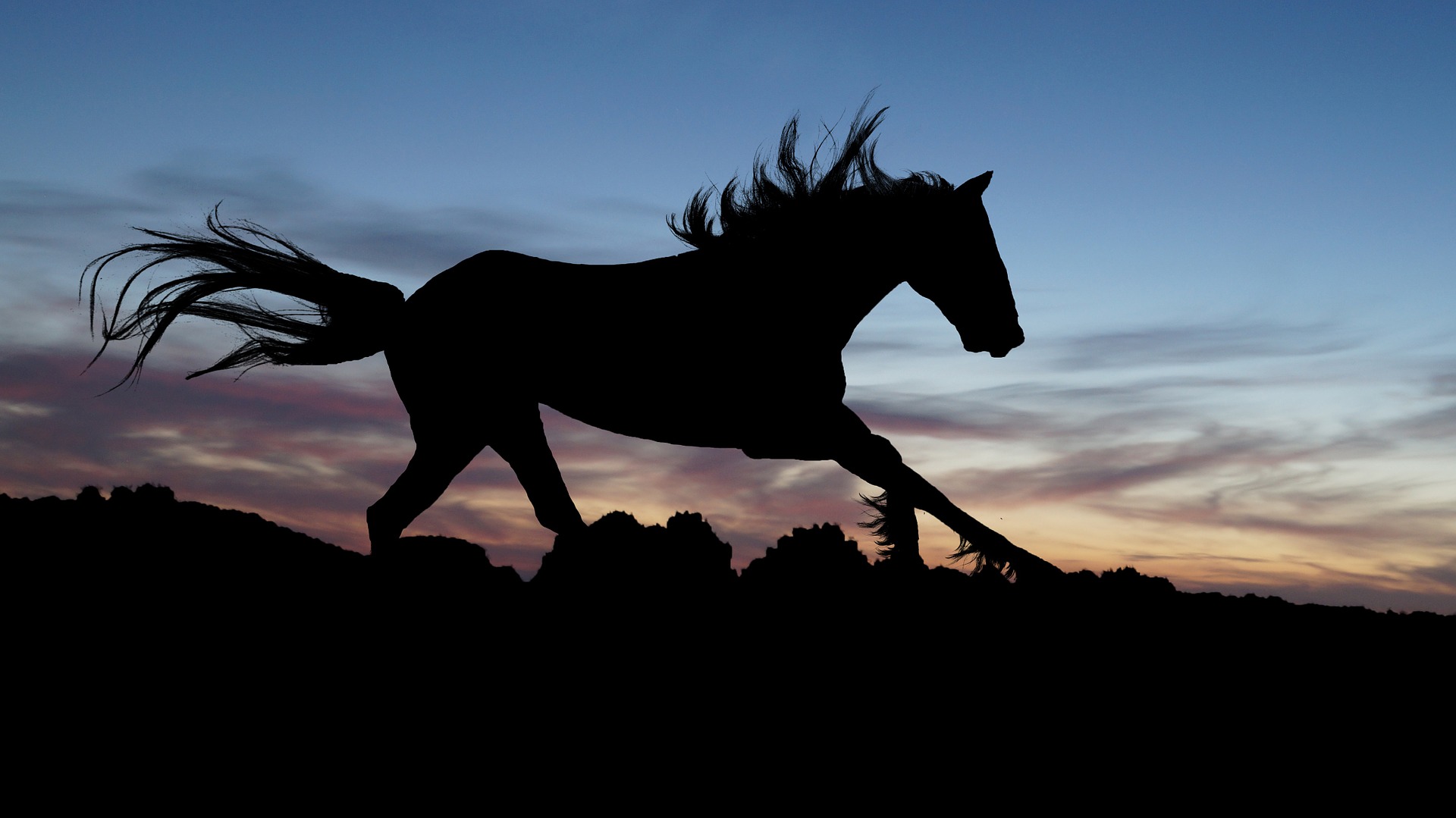 Here’s why Being A Beast is phenomenal: It will remind you of being a child. It is an experiential, wet-dirt-in-your-mouth, first-person, non-fiction account of a grown man testing out the far edges of pretending. Foster runs the kite of my daughter’s wish to be an animal to the end of its string. When Foster is a badger, he eats worms. His writing is giggle-snort funny and also fantastic and visceral and gross. He’s a gourmand for experience. He has flights of fancy. He tries to identify the worms’ terroir as if they are fine French wines. (Is there anything more human than wanting to analyze and classify even when you are trying your absolute best to be a badger? We can’t help ourselves. In Earth’s evolutionary history, so far we are the only memoir animal.) 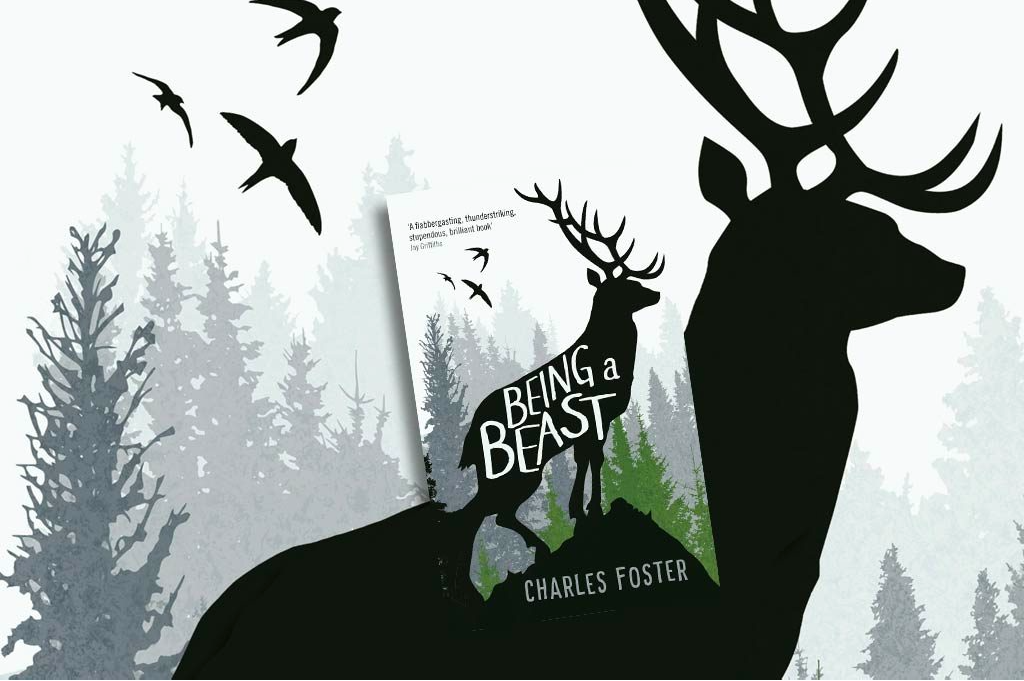 When Foster is a badger, he lives in an underground sett in the side of a hill. He brings his son with him and they have a ball marking territory by peeing on the rocks and moss of the British countryside, which frankly sounds fun to me. After all, I once was a stallion andI’m an Anglophile and I love the smoking British TV show Poldark. At night, however, it gets cold in the sett. Foster and Son lack pelts, being human. Dirt falls on their faces, and being human, they don’t like the feeling of facial dirt. His son questions what the heck they are doing. Just as every child ever has asked their parents on a well-meaning, back-to-nature camping trip to Maine. Are we there yet? Will we ever understand animals?

Foster, alone, in his incarnation as an urban fox, ranges the streets of London after dark, trash-sniffing for edibles. As a river otter, he comes close to hypothermia from hewing too closely to otter-dom by swimming, scantily clad, in a cold river. 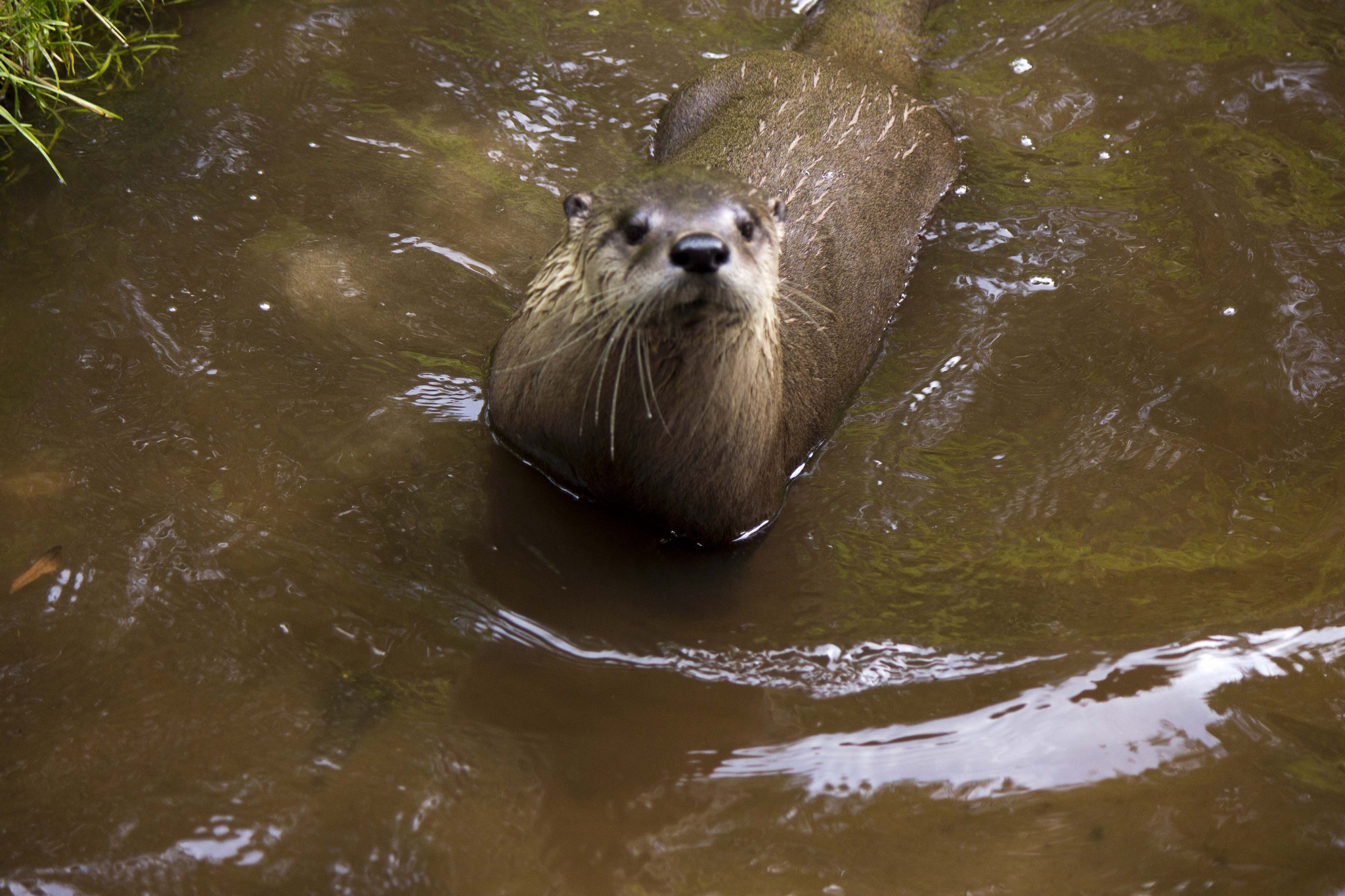 The scariest and most fascinating pull of Being A Beast is that you, too, might get pulled into the water. Because being a beast is seductive. Ask my cat-daughter.

Beast mode rocks. That is, if you don’t starve, or drown, or die in a thousand terrible ways due to Darwin’s principle of survival of the fittest. Animals, Foster finds, are all pretty much on the knife’s edge between the quick and the dead. To us, in the modern human world of gadgetry and speed and complication, the life of our brother animals looks… perhaps desirably simple?

It’s survive and reproduce in a sensual world full of sound, texture, and strange invisible perfumes. It’s eat or be eaten. Carpe diem.

“Why do you want to be a cat so much,” I asked my daughter, after reading Being A Beast, “What is it about cats?” She looked at me as if I were from an outer moon. “What person wouldn’t want to be a cat, Mom? You should try it!” She pinned the cat tail to the back of my momjeans and I prowled around the room. I meowed tentatively, then more loudly—I am woman, hear me roar. “Nice roar, Mom!” my daughter encouraged.

I felt gloriously feline and free from being human, from having to schedule a year’s worth of my kids’ orthodontist appointments. I wasn’t sure which was more ridiculous. Me as cat or me as suburban human mom. Maybe this is my edge? However, I do know, for that moment as a cat, my hearing was more acute and I sensed what I’d been missing since my stallion days of galloping around the backyard: being wild.