The City of the Living and the Dead 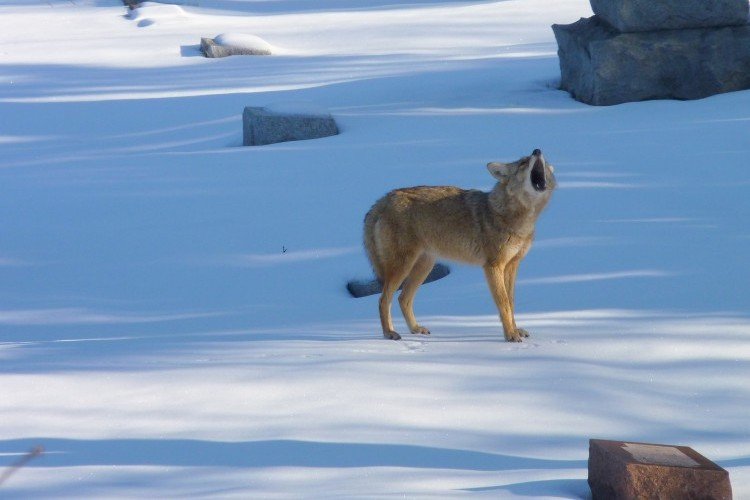 My friend pointed toward the south wall of the cemetery, a surprised expression on her face. I turned, and we both saw a streak of light fur—a kind of whitish gold—emerge into view as a coyote loped eastward.* Another (human) friend appeared soon after. She had startled the coyote, then followed the flashes of bright fur that led in our direction. I didn’t get a photo. The coyote was too far away, visible only as a dart-shaped blur along the fence line or between headstones, and I don’t think my small Canon point-and-shoot could have captured the moment. Instead, I made a very quick, five-minute sketch of what I saw moving across the grass.

The coyote was never far from my thoughts as we explored the cemetery. It was April, but it was cold. The wet snow of late spring made a crisp white layer across the gravestones that kept time as the day wore on, melting with each passing minute. After the coyote disappeared, we continued on our walk through the cemetery, attentive to other unexpected signs of life. Birdsong, early bulbs, bushes, and insects abounded, and evidence of human presence was everywhere, as well. Gravestones marked the lives of the dead, and among them were renegade flowers and shrubs, planted by descendants—as well as stones, bouquets and money (both fake and real), oranges, ice-covered beverages in solo cups, individual cigarettes taped to headstones, and even letters. At some graves, people long dead had left something for the living: benches invited visitors to sit, rest, and think. 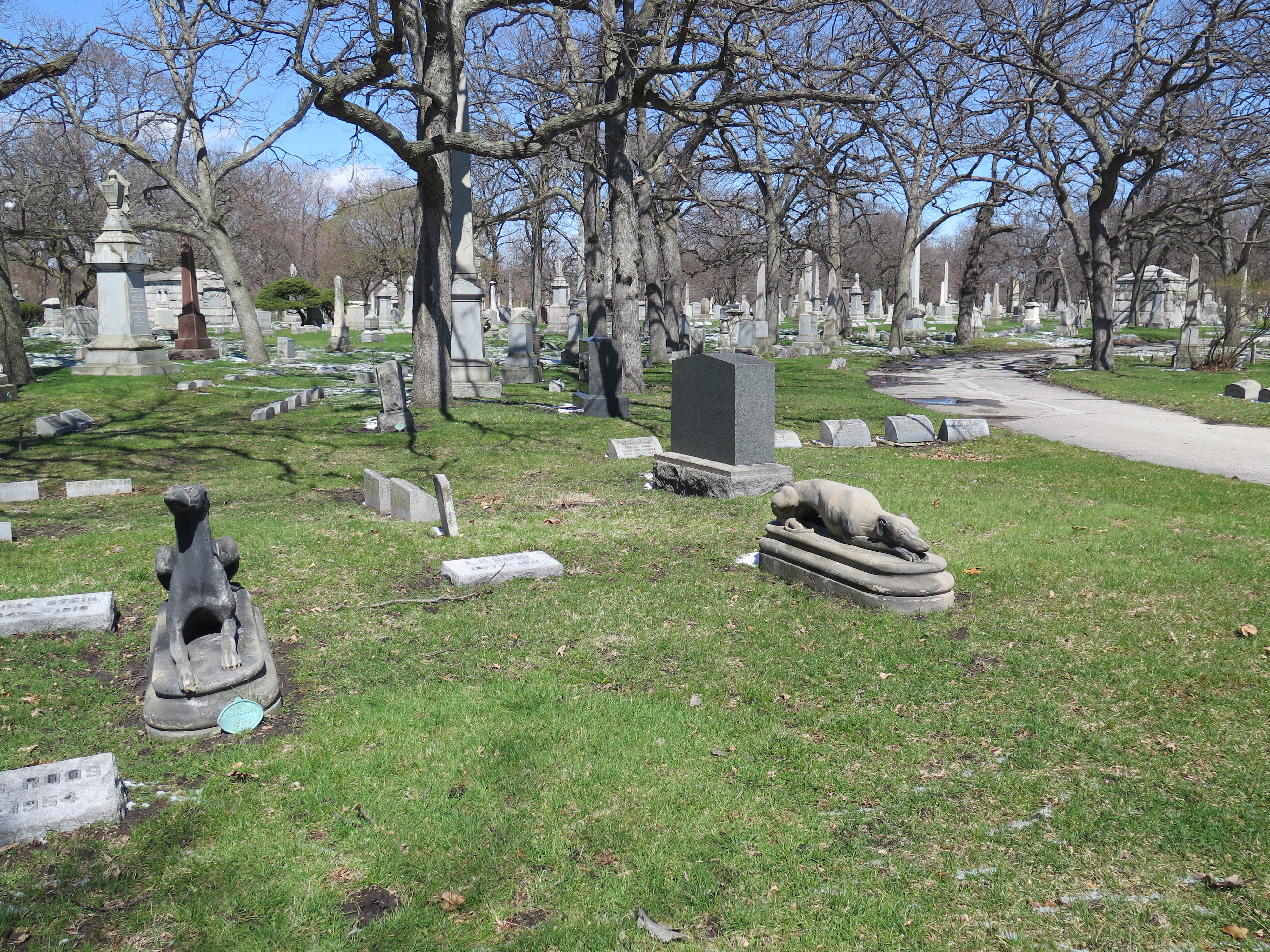 We were there to begin a group project in a course on “anthropological methods”—or, as some cultural anthropologists might say, we were there to learn how to think ethnographically. The Oxford English Dictionary says that ethnography is “the systematic study and description of peoples, societies, and cultures.” Our task was somewhat less instrumental than this definition would suggest: we were learning to cultivate our ethnographic attention.

I am a painter, and to me ethnographic attention is akin to an artistic mode of inquiry. It is a practice of attuning to how and for whom worlds come into being, whether visually or conceptually. Any world is constituted by the relationships that give it meaning, and these relationships are not forged among human beings alone. While anthropology is a discipline dedicated to studying “the human,” more and more scholars have begun to consider how connections with nonhuman creatures interweave to create the world. From Donna Haraway’s Companion Species Manifesto to Eduardo Kohn’s How Forests Think, the social sciences have begun to consider the multi-species imbrications that make meaning in the world.

Learning how to “do” cultural anthropology in a cemetery might seem strange; after all, we were surrounded by the dead. However, Rosehill Cemetery is full of human life, both past and present. Begun in the mid-nineteenth century, Rosehill was designed in the Victorian style, to be both cemetery and public park. Because of its thirty-acre size, meandering paths, and large trees, Rosehill continues to function as a public space for the surrounding community. The cemetery’s parklike attributes literally become a park along its western edge, where the city recently acquired part of the property in order to create the West Ridge Nature Preserve. Despite the unseasonably chilly temperatures, we saw several families visiting deceased loved ones in observance of the Chinese festival of Qingming, lots of maintenance workers, and a woman walking her dog.

We haven’t yet decided which aspects of Rosehill we’ll focus on, but I know I’m drawn to its edges, the places where many different ideas of what counts as “natural” can be seen. Along the southern fence line, the cemetery’s neighbors have built community gardens and raised beds, with signs that proudly proclaim these plantings as part of the Bowmanville neighborhood. Across the street from the main entrance on Ravenswood Avenue, the Fireside Restaurant and Lounge continues a long tradition of serving food to Rosehill’s visitors—it was once a roadhouse inn where mourners could change horses and eat a hot meal. The Nature Preserve stretches along the western fence, a landscape that is in the process of being restored to an earlier state: maintenance crews are busy killing non-native plants and ensuring that the “right” species thrive. All of these spaces—including the cemetery itself—are managed by people who have different notions of what counts as natural, and how urban land ought to be managed. 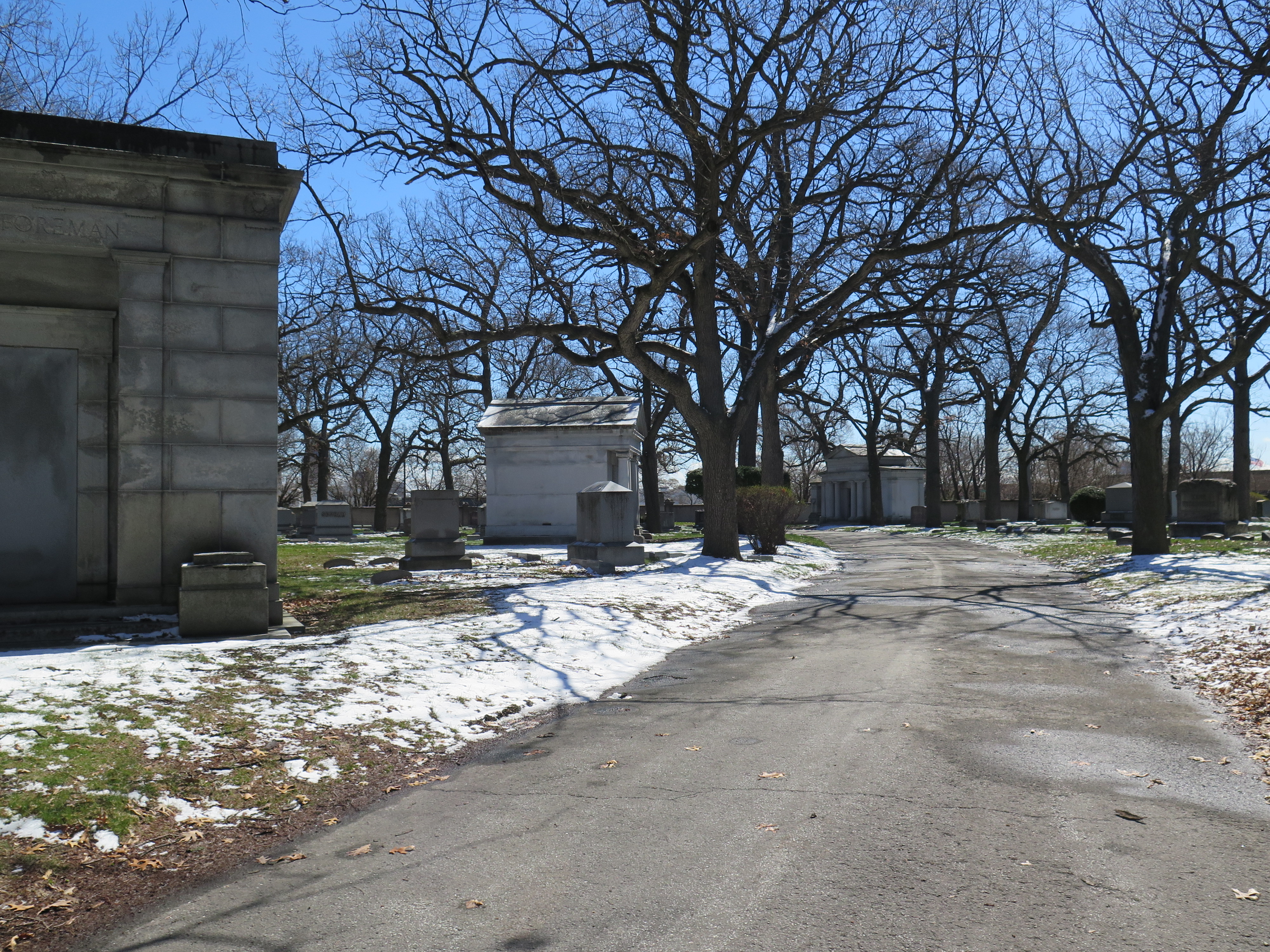 Rosehill’s edges are not only formed along the physical borders of the cemetery, however. The edges between human and nonhuman, living and dead are fascinating as well. The figure of the coyote is one place where all these strands come together. The wintry day we visited Rosehill was at the tail end of Qingming, the Chinese festival when descendents honor their ancestors with gifts—often food, drink, and money. We later learned that the coyotes of Rosehill eat the highest percentage of “human food” among those Chicago coyotes whose diets have been analyzed. The scientist who quoted that fact attributed it to likely feeding by cemetery visitors. Perhaps, however, Rosehill’s coyotes feast on offerings to the dead, their bodies mediating the relationship between ancestors and descendants.

The coyote was the first nonhuman creature we saw cross the threshold between the city of the dead and the city of the living; I’m looking forward to noticing many more.

*It turns out that Rosehill Cemetery is home to two coyotes, both of which have been tagged by the Urban Coyote Research Program, led by Dr. Stanley Gehrt at The Ohio State University.