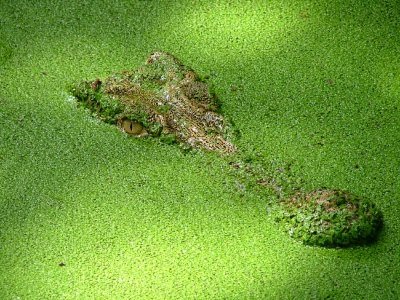 When I was doing dissertation research about the conflicting social values involved in wolf reintroduction, I made a special effort to visit Kent Weber. Kent is the director of a facility that provides a home for socialized wolves—often those abandoned by owners who thought it would be status-stroking to own a wild animal. Kent has over thirty years of experience working with wolves and educating people about their behaviors and ecological importance. I talked to a lot of people during my research, but something Kent said during the course of our conversation buried itself in my memory. After detailing the healing psychological impacts his facility’s wolves had on various people, Kent synthesized his thoughts, saying, “The biggest lesson wolves can teach anybody: shut up and be quiet. Get out of your own tunnel and your world and actually take a moment to look at something else that’s going to look at you. …Wolves contemplate you. They don’t just look at you, they look right through you.”

As Kent suggested, the gaze of another animal can have a profound influence. And it doesn’t have to be wolves. Perhaps because humans are visually oriented creatures—dependent on our color-sensitive, binocular vision for so much of our sensory input—engaging with the eyes of another living being in which we can perceive agency, intentionality, and regard triggers a response in us.

I think of a recent visit to the great apes section of the Lincoln Park Zoo. The Plexiglas, the bustle of people around me, the noise of children—all contributed to me as a distanced observer. I only lacked a lab coat. I watched the animals appreciatively but as I would a television, remarking on the fine, gray, polished lines of their hands, the way they ground the grasses between their molars, how they bickered and played. Yet when an individual gorilla turned to face me and her eyes met mine, something else passed through me. An admiration, a deep grief, an awe shook me by the shoulders and took me out of observer mode. I became related. 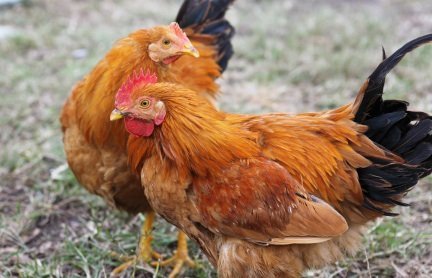 Animals with eyes—their similarity and difference from our own—tend to move something within us, even when it is with their seeming indifference. We may unwittingly be offered lessons in humility from critters who do not always, or ever, share our immediate interests. Chickens, for example. As the Chilean poet Pablo Neruda mused, in a line that always brings a smile to my face, “I am weary of chickens: / no one knows what they’re thinking, / and they look at us with dry eyes / and consider us unimportant.”

Indifference can take on dramatic dimensions, as well, and be more physically and philosophically threatening than a disinterested glance from a chicken. The Australian ecophilosopher Val Plumwood had the rare experience—at least for a philosopher—of being death-rolled by a saltwater crocodile in Kakadu National Park. Against long odds, Plumwood survived severe injuries from the attack and later wrote about the event. (I first stumbled on the captivating story several years ago in Utne Reader magazine. For a fuller elaboration of the account, published posthumously, see The Eye of the Crocodile.) Plumwood elevated her harrowing retelling of these events—beyond mere survivor’s tale or adventure pulp—by dwelling on the way in which the crocodile’s gaze destabilized her sense of self and called into question the “lack of fit” between a narrative of human mastery and a world of indifference to her life and death. In short, she found her ego-story ruptured as she “glimpsed a shockingly indifferent world in which I had no more significance than any other edible being.” 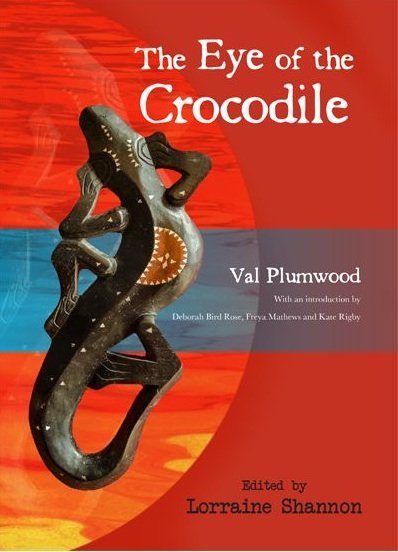 For Plumwood, the dominant story that most of us live by—that humans are radically different from other forms of life, exceptional and exclusive in our superiority, as well as isolated from larger social and ecological communities—was shattered by another being whose “beautiful, flecked golden eyes looked straight into mine” and perceived her as a food item. Plumwood’s account is nuanced and striking, and I can only gesture toward her more profound ruminations on the experience, but it is worth emphasis that she does not draw a lesson of moral indifference from this eye-to-eye encounter; as she notes, her story “is a humbling and cautionary tale about our relationship with the earth, about the need to acknowledge our own animality and ecological vulnerability.”

Eye contact between humans and animals is something that is a frequent photographic and film motif. This motif has been interpreted in alternate ways, from alienation to a “social contract” of moral engagement. At least some filmmakers, like wildlife documentary director David Attenborough, believe that a glance exchanged between humans and other animals can be an imaginative entry point to consider the world from the perspective of another animal (for more on this topic, see Jonathan Burt’s Animals in Film). Perhaps, then, it is unsurprising that many wildlife and animal advocates trace their feelings of moral awakening to what social ethicist Bron Taylor, in his book Dark Green Religion, calls “eye-to-eye epiphanies.” Nonverbal communication, expressed through the eyes of another, seems to reach a place where words cannot. One of the more renowned examples of this phenomenon is wildlife ecologist Aldo Leopold’s encounter with the “fierce green fire” in the eyes of a dying wolf, which arguably gave the science of ecology its most memorable and influential narrative to date and effectively communicated the fundamentals of Leopold’s “land ethic” in the form of a story. 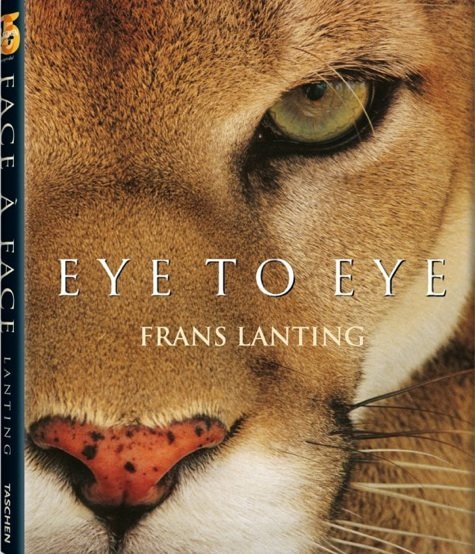 Eyes communicate with a language that transcends words. We may be more or less skilled at “reading” eyes, but at a minimum they seem to communicate a basic truth: we are related. “The eyes break through the mask—the language of the eyes, impossible to dissemble,” wrote philosopher Emmanuel Levinas, “The eye does not shine; it speaks” (from Totality and Infinity, qtd. by Peter Atterton in Facing Nature, p. 28; for those with an interest in how environmental philosophers, including Atterton, have recently engaged the concept of the “face” of the Other in Emmanuel Levinas’s work, see Facing Nature). What that eye says, and what we choose to do after “spoken to,” depends of course on the human participant. Denial is always an option. But if we are open to re-examining ourselves because of this exchange, then the meeting of eyes can precipitate a profound reorientation of our moral priorities. Leopold provides a paradigmatic example in this respect, since his encounter with the “fierce green fire” of the eyes of a dying wolf was initially worth only a passing mention in a letter to home. It was only after a lifetime of experience that he was able to more fully appreciate the encounter with the wolf’s “green fire” and translate the ethical implications of this experience to a larger audience.

Given the transformative possibilities associated with eye contact, it is perhaps unsurprising that eyes are a prominent feature of religious iconography, in which the face of a holy person engages the viewer, maybe even “following” this person when he or she is not directly in front of the icon. One may also consider parallels with the Hindu experience of darśan, the auspicious ritual practice of direct eye contact with the god through the eyes of an icon. The symbolic engagement established through the eyes, which invites reflection on the icon as well as introspection, is an artistic technique that likely has a biological basis. The common expression that eyes are “windows of the soul” may be the romantic efflorescence of a deeper bodily kinship. As professor of anatomy Neil Shubin put it, “When you look into eyes, forget about romance, creation, and the windows into the soul. With their molecules, genes, and tissues derived from microbes, jellyfish, worms, and flies, you see an entire menagerie” (Your Inner Fish, p. 157). 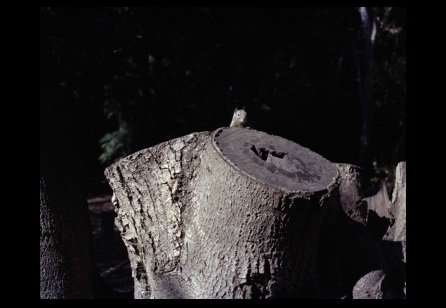 This comprehensive kinship may have something to do with why eyes can transfix us, cracking apart our exclusive self-regard and opening the possibility for reconstituting this regard into a more expansive compassion. Orion magazine recently featured the work of photographer Ed Panar, whose latest series “Animals Who Saw Me” captures many everyday encounters with animals, many of them in urban areas, all involving eye contact. If we are to care about the nature of our cities, I would argue that nature needs a face. It is possible, and perhaps even necessary business, to think in terms of quantity: acres preserved, membership numbers, policies enacted, milestones reached. Quantities matter for assessing goals, for charting progress, for filling in spreadsheets. But if a person cares about the city as a community of life, I’m willing to bet it’s because when someone says, “nature,” there are particular and emotionally powerful encounters—not abstract numbers—that come to mind. Maybe it’s the joints of a praying mantis’s forearms. A butterfly drifting softly on an invisible current of air. A fish roiling the surface of a stream, or the remembrance of its slippery scales in our trembling hands. Or, more likely, it is the eyes of another who noticed our gaze, and regarded us, even as we looked on.

The context of our encounters with these eyes matters. Meeting animals through a screen or on our plates (the most likely place to meet an animal in the city, perhaps) shapes how we relate, and allows no opportunity for a mutual gaze. Perhaps in the city we seek to suppress surprises. We’ve done our best to minimize the element of novelty, unless it’s on our own terms. When a number of people share the same space, rules are necessary to keep the chaos at bay. There are rules for where to walk, where to drive, where to swim, where to sit, where to work, where to play. Animals that don’t share our sense of orderliness must find places out of reach—whether up in the air or down in the ground or between the cracks. They must be too small to notice or too quick to catch. They must move away or be ornamental enough to accent the scenery—so long as they don’t disturb the flow of traffic. And yet the city is an ecology, a nature we have a strong hand in shaping but a nature nonetheless. Full of eyes, full of faces. Otters, beavers, and black-crowned night herons in the Chicago River. Pigeons, honey bees, and peregrine falcons on the rooftops. Squirrels, rabbits, and coyotes in the neighborhoods. There are many eyes upon us.

Other humans may wordlessly confront us through a gaze, of course, startling us into awareness of their vulnerability and needs as measured against our own interests. The other-than-human eye, however, may shatter the hallway of mirrors that reflects our species-centered biases. These other-than-human eyes may lure our moral imaginations not only outside of a self-serving individualism but, still further, to attend more faithfully to the multiple needs of those who also call the city home. The city is a lifeworld we have dramatically shaped to suit our sense of convenience, but there are nonhuman others who navigate that world with us; these others remind us that we are not the only form of life that depends on the basics: soil, water, shelter, food. When their eyes meet ours, we have an opportunity to see what a city is—and what a city could be—with new eyes.