The Fall of the Sparrow 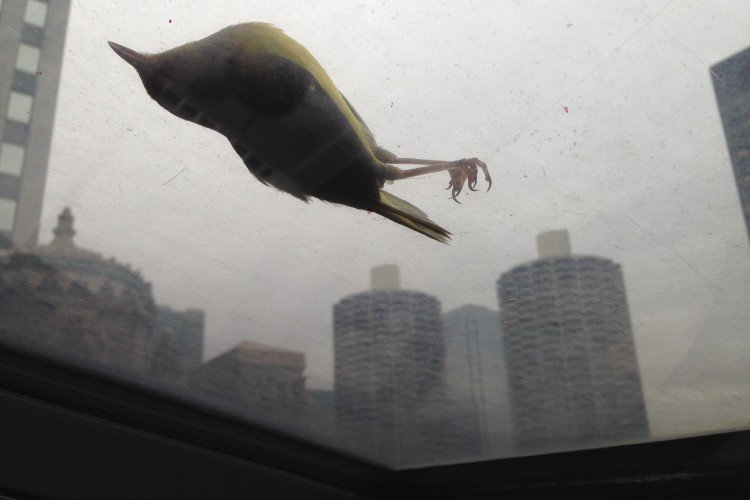 “There is special providence in the fall of a sparrow.”

By the time Hamlet utters these words in Act V of the eponymously titled play, scholars generally agree that Shakespeare’s tragic hero has resigned himself to his fate, his destiny, his death; and in so doing he espouses a traditional Christian worldview: that nothing happens unless God wills it so and all must subject themselves to that will.

Among the Biblical passages most often cited in the discussion of Hamlet’s heartbreaking change of heart so late in the play are Matthew 10:29 and Luke 12:7:

“Are not two sparrows sold for a farthing? And one of them shall not fall on the ground without your father?”

“Indeed, the very hairs of your head are all numbered. Don’t be afraid; you are worth more than many sparrows.”

I’m no scholar. Neither, regrettably, may I count Hamlet among the Shakespearean roles I played during my many years as a card-carrying member of Actors Equity Association. Nonetheless, as an actor turned avid birder, these passages reveal to me less about the Prince of Denmark and more about the New Testament God, or Matthew or Luke or whoever actually wrote the Gospels—they don’t seem to care too much for sparrows.

I’m here to testify on behalf of sparrows. And warblers. And the many other birds that are now improvidently falling all over the Chicago region during their fall migration. 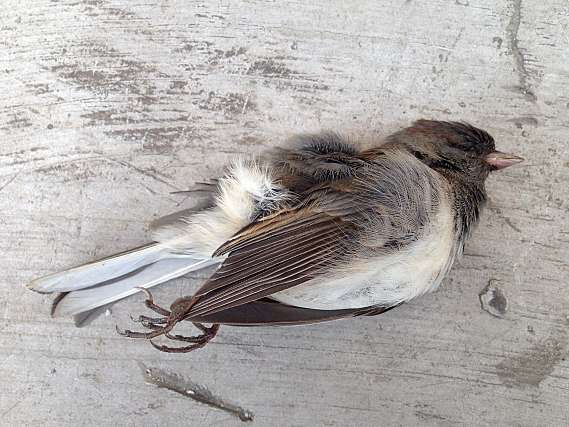 Dark-eyed juncos are flashy little sparrows, their tail feathers like black and white semaphore flags as they flit about forest floors. Like many North American birds, they spend their summers breeding in Canada, then head south for the winter. Some travel only as far as Chicago, where they endure the cold and snow along with those of us who don’t turn into snowbirds and spend the winter in Florida. This little guy made it to Chicago but no further. His life ended violently, beak to building, breaking his neck instantly and then falling to the 26th floor outdoor deck where I work. 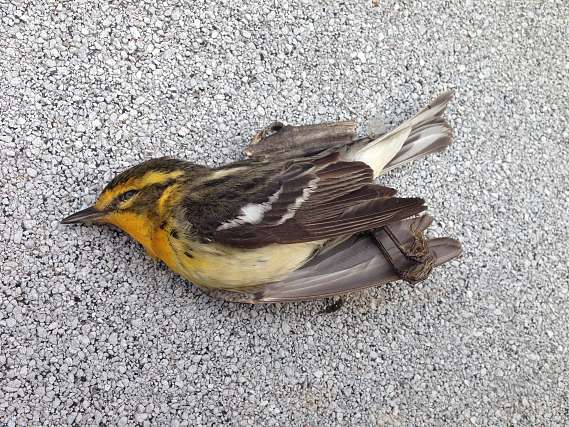 Blackburnian warblers are even flashier, with their flame orange throats. They also travel much further—from Canada all the way down to Bolivia. En route, they cross the Gulf of Mexico—a distance of 600 miles—requiring them to fly non-stop for nearly 20 hours. Not bad for a critter that weighs less than a first-class letter; a factoid that sinks in only as I lift this specimen and place it into a plastic bag.

Yes, I bag dead birds. At least those that fall to the outdoor deck surrounding my office. It’s a melancholy quest. Some might call it perverse or macabre or just plain weird. But I do it for several reasons. In part, I do it as a contribution to an effort to help track the massive number of birds that die in collisions with buildings. There are 650 bird species native to North America. Twice a year, most take to the skies on epic journeys between breeding grounds as far north as the Arctic Circle and wintering areas as far south as the far tip of South America. 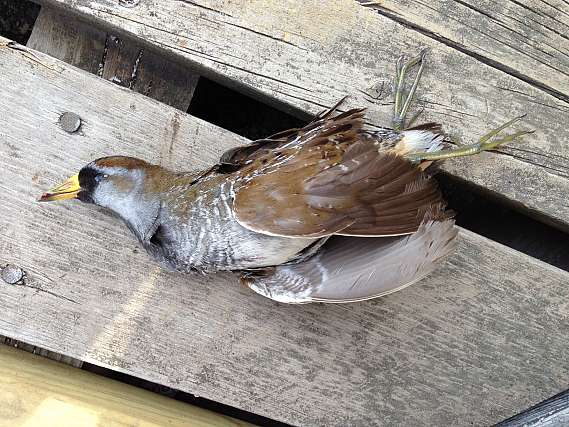 This Sora—a shy, seldom seen denizen of freshwater wetlands—was likely on its way to Central or South America. It might seem preposterous that any bird could collide with, oh, a building with all of its lights on. But imagine nature calls you around 2 a.m. In the darkness, you rise out of bed and half-see, half-feel, half-intuit your way to the bathroom. You’ve done so lots of times. No problem. But now imagine trying to navigate your way while someone shines a powerful flashlight beam in your eyes. This is sort of the effect that city lights have upon birds, which, in their disorientation, crash into buildings or, moth-like, circle brightly-lit buildings until they drop exhausted from the sky.

Since Chicago and many other cities have instituted Lights Out programs, voluntary efforts in which building owners turn out or dim lights during migration season, bird mortality has been reduced. Nonetheless, some scientists estimate that as many as a billion birds still die every year from collisions with buildings.

If there is, indeed, special providence in the fall of a sparrow, what providence, what protective care of God are we to understand in the death of a billion birds? What portents, what auguries, might a resurrected Shakespeare find in such staggering numbers? What admonitions? Especially since he was such a devoted birder; at least one may assume so given the 50-plus bird species he references with authority in his plays. (The Bible, incidentally, references about 30 species, mostly metaphorically.)

I realize the risk of cherry-picking quotes from Shakespeare, no less than doing so from the Bible, but were Shakespeare alive to witness the death of so many birds, he well might quote a line from his own Julius Caesar: “The fault, dear Brutus, is not within our stars, but in ourselves…” In addition to a billion bird collision deaths each year, approximately 500 million birds end their lives in the jaws of pet cats, not to mention the inestimable numbers that die as a result of pollution, poisoning from commercial farming practices and, most of all, the wholesale destruction of habitat. 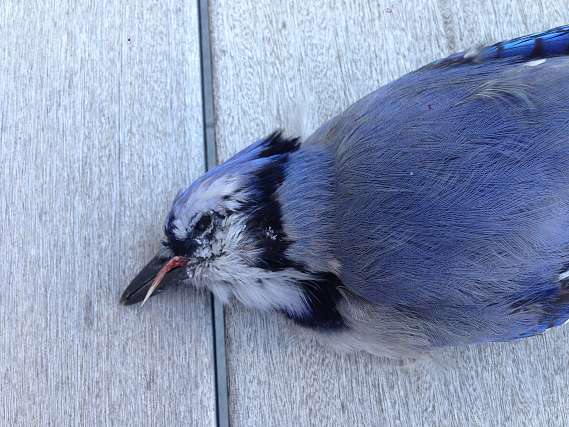 I find it difficult to get my brain around a billion anything. But I get this blue jay. I get its assortment of stunning blues. I get the intricate architecture of its feathers. I get its tongue hanging out of its mouth following its mistaking a window for open sky.

And so I bag dead birds and send them to the Field Museum via the Chicago Bird Collision Monitors to advance our scientific understanding. I do so to witness close up details I cannot see through binoculars in monitoring live birds at Midewin National Tallgrass Prairie. I do so to foster some visceral connection to the rivers of birds that flood our nighttime skies every spring and fall.

I do so, to quote from another classic play, Arthur Miller’s Death of a Salesman, because “attention must be paid.” To hold in one’s hands a single collision-killed bird is to carry in one’s heart every bird that has ever died due to our buildings, our companion animals, our wanton destruction of the natural world.

For instance, this black-billed cuckoo. In its desiccated, post-collision death pose, it suggested to me another iconic martyrdom. And so, with the same devotion of iconists of old, I encased the image in a hand-hewn frame, inlaid with glass mosaic tiles. In its creation, an act of reflection, prayer, atonement. In its completion, a symbol of hope. Not of a resurrection, but of an embrace of the fact that the fate of each sparrow, of every living creature on the planet, lies not in the hands of God, but in ours.

All photographs by Arthur Pearson.