The Lesson of the Hawk 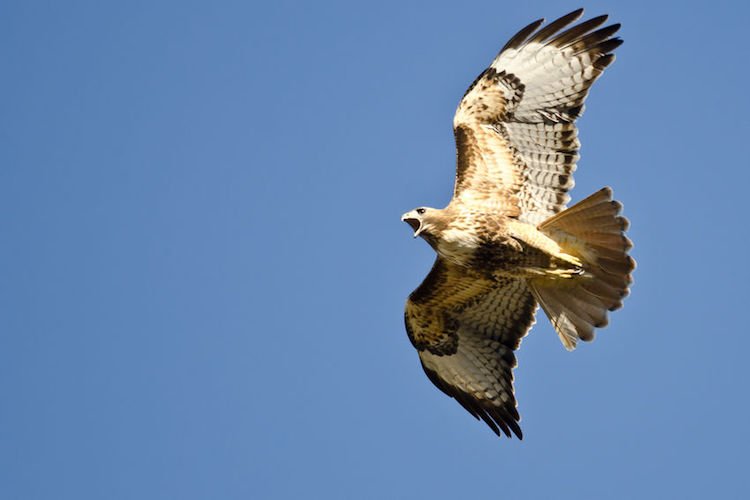 Years ago while living in West Africa, my Senegalese host sister and I ventured through the deserts of the Sahel to the distant countryside to visit the medicine man her family relied on for guidance and healing. At one point he was explaining the meaning of the coming moon to us, when a little bird landed on a wall not far from where he was seated and started to sing. He stopped speaking to us, cocked his head to listen, then his face filled with emotion. The bird flew away and he told us that it had come to tell him that his friend from another village had just passed away.

This incident fascinated me. Here was a wise, humble, and truthful man, who shared the bird’s message with us in such a matter-of-fact way that there didn’t seem to be much room to disbelieve it. My nascent interest in the possibility of communicating with nature or through nature took root.

While the idea that we’re deeply and intricately connected to the natural world around us is almost a foreign concept to many persons, it is commonly accepted among many indigenous peoples around the world. In my travels, I’ve met people who can watch the patterns of the birds flying overhead and know what type of weather is on its way. I’ve conversed with others who say they can communicate with plants to understand their healing qualities. I’ve witnessed elders from multiple cultures interpret the appearance of an animal or other elements of nature for divinatory purposes.

Some part of each of us—regardless of where we’re from or where we live—seems to carry a deep yearning for a more meaningful connection with nature. In our urban environments, animals can often be the most powerful link to the natural world that we have.

But how do we learn to observe and interpret messages from the animals who cross our paths?

Late last fall I had a powerful experience that offered some insight into this question. I was considering enrolling in a pricey spiritual-energy medicine program that could teach me, among other things, to deepen my perception of the world around us. I was drawn like a magnet to the program but riddled with hesitation (Where would I get the money? Was it a wise investment or simply self-indulgence? Was it too weird?) As my mind shifted back and forth between enrolling or not, I kept noticing a hawk. I would see her flying overhead when I went out for a walk. Or notice her as I drove my kids to school. She seemed to be intentionally making herself seen, but I didn’t know how to understand her presence.

One afternoon during this period of indecision, I settled into an acupuncture treatment. My energy was balancing and I was feeling good. Suddenly a strange vision popped into my head. In the vision, my acupuncturist was putting additional needles around my eyebrows and somehow I felt that this was right and would “expand my vision.” When she reentered the treatment room a minute later, I told her what I had seen and asked if it made any sense to her. She recognized the points and simply said, “Let’s try it.” No sooner had she placed the new needles than I realized they formed the shape of a hawk with wings outstretched.

She left the room and my consciousness seemed to lift out of my body to join the airborne form of a hawk. I vividly felt as if I was soaring over my neighborhood, seeing everything from the sky and feeling the wind rushing through my wings. It was utterly exhilarating and liberating—flying weightless through the air. I could see the meadow of my neighborhood below, the mountains in the distance. 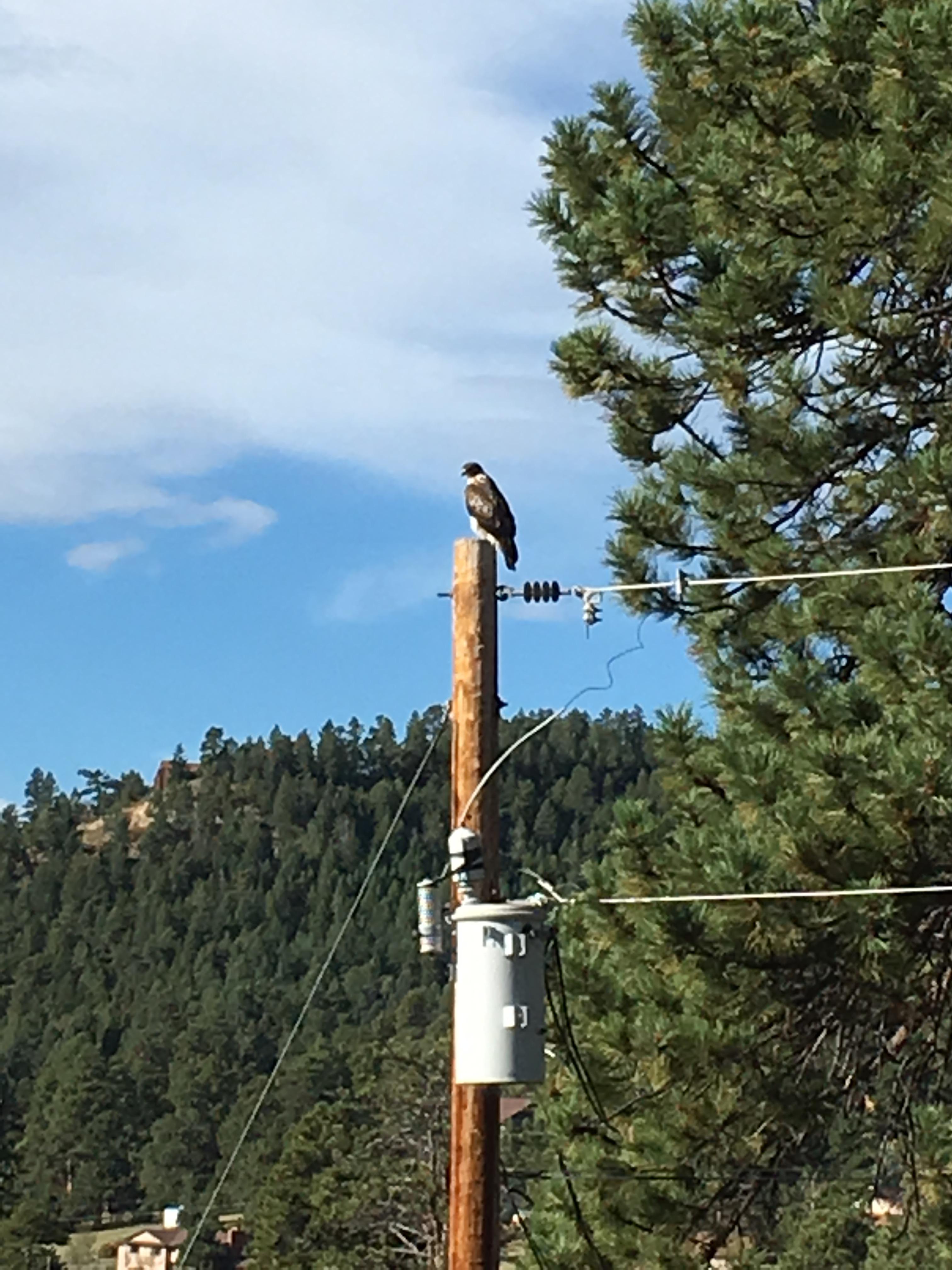 I wondered what in the world was happening. Why was I being given this incredible experience and how could my rational mind even begin to explain it? I felt myself alight atop a telephone pole. I sat silently, watching and waiting. My mind was racing. It all felt so real, like I was the hawk. I saw through her eyes and felt her breath in my chest. Part of me knew that I was being given a gift of hawk wisdom, yet I struggled to grasp the message.

“We” sat quietly on the pole, watching the meadow below for what seemed like a long time. Then her wings stretched out and we lifted off, soaring high into the sky. Suddenly, she dove. It was an exhilarating freefall. I felt as though I was plummeting toward the earth, and my stomach dropped in a mix of panic and excitement. Somehow, I now understood the lesson.

My mind left the hawk and I was back in the acupuncture room, lying on the table. I caught my breath and everything felt clear. The lesson the hawk was sharing provided a broader perspective on my life, placing each moment in its rightful context. This perspective helped me value the quiet and contemplative moments of observation that had recently been making me feel restless. It also made clear that when I find myself strongly drawn to something I should pursue it with no hesitation, in the manner a hawk dives for her prey. I understood the experience as a clear affirmation that I should enroll in the program.

The next day after I dropped my kids at school, I drove slowly through the neighborhood winding back up to my house. There—on the same telephone pole I had perched on the day before—was the hawk. I pulled to the side of the road and watched her. She sat quietly, scanning the meadow below. Suddenly she drew up her great wings and was off to pursue her prey. 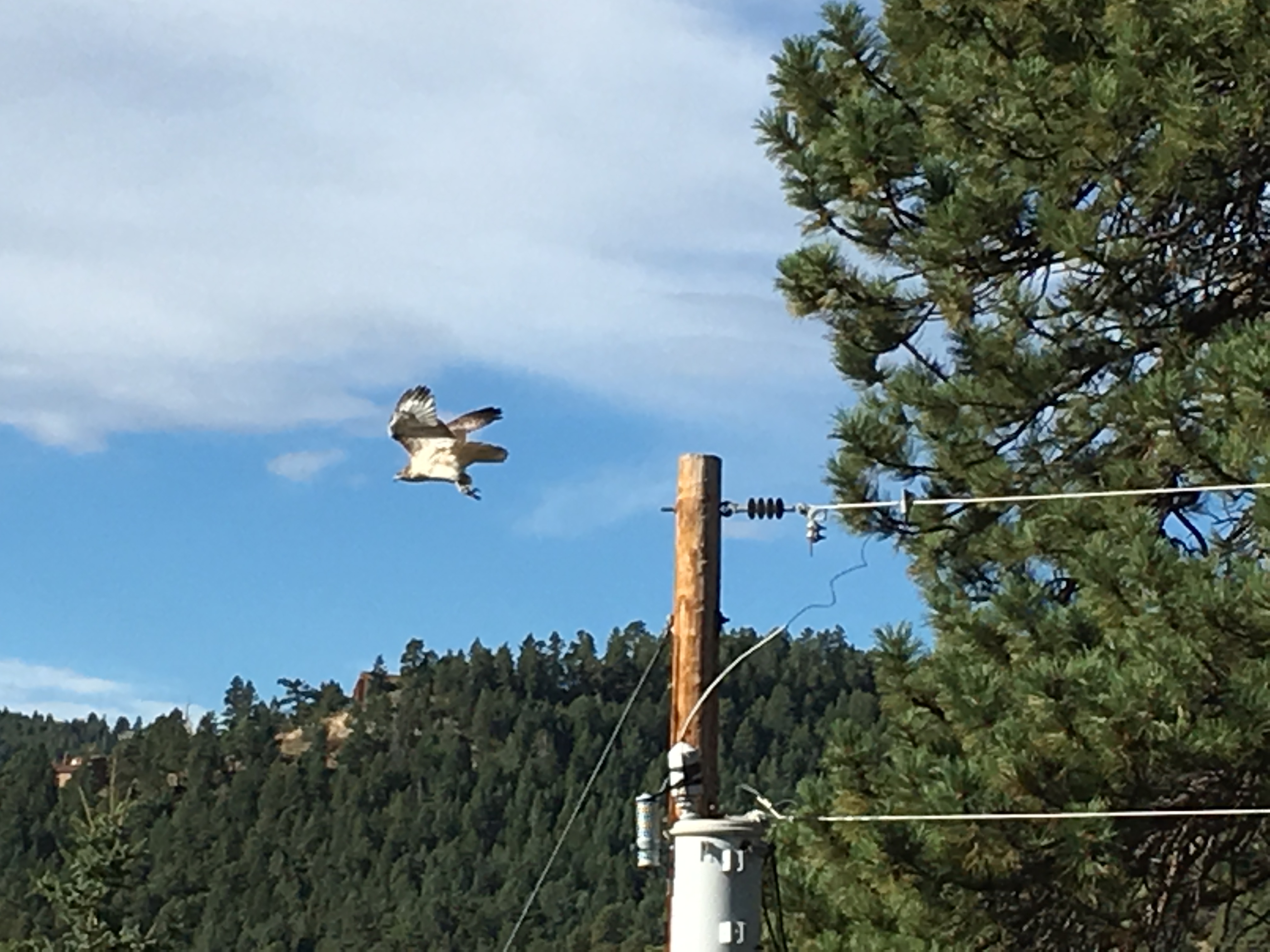 Tears welled in my eyes. I felt blessed. It was as if the mysterious force that unites all living things was somehow communicating with me, sharing its wisdom with me, through this beautiful hawk. I drove home in awe. It felt like the message and experience of the day before had just been reaffirmed.

I now believe that there is a part of each of us, regardless of which culture we were born into, that has the capacity to access the wisdom of the animal realm. Perhaps we simply need to sit and observe quietly, open wide both our heart and mind, and be unafraid to dive into the unknown.