The Unfathomable Depths near Boston 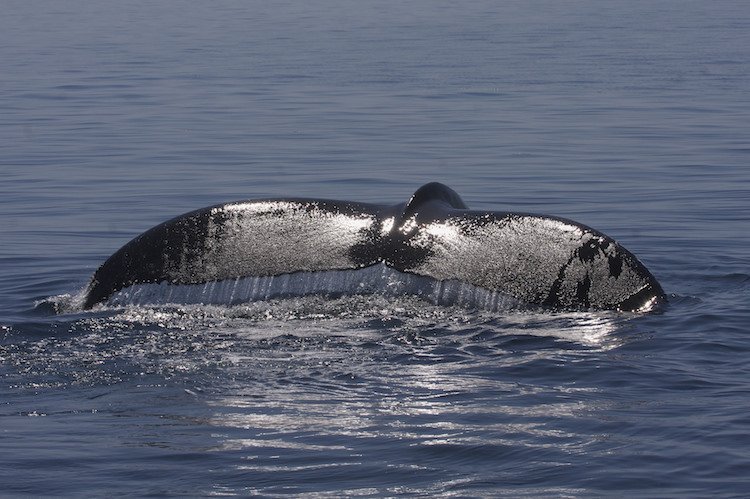 In Boston last summer, my family and I got a Groupon for a whale watch off Cape Ann. We were told: Do not have expectations of seeing a whale. These things are iffy. They are beasts of mystery. They are the most Mary Oliver poetry of creatures. Featured on the website of the Stellwagen Banks National Marine Sanctuary is Mary Oliver’s poem Humpbacks.

Preparing ourselves for disappointment, we packed water bottles and snacks and lowered our expectations. “It will be a day on the water at least! Out of the sight of land!” I told my dubious kids, while we took turns applying a sunblock stick to our noses and cheeks. We were told, Hats in the offshore wind will simply blow off—unless they had lanyards, and we were lanyard-less.

But we were not disappointed.

I had read in the New York Times article Watching Whales Watching Us that sometimes people watching whales feel emotions they did not know they had. I snickered. Oh, those soft-hearted hippies, the wonderful sort of people who turn to whale song for relaxation while drinking nut milk and doing the greatest amount of good. I love those people, but I was not one of them. I am a curmudgeon. Perpetually distrustful of any mention of Spirit and especially if it is capitalized (as I have just done) and unironic.

Coming toward the port side of boat was a bulge of water like the anthropomorphized bulge of water in the movie Moana. Causing this disturbance in the surface of the North Atlantic was… “Holy shit,” yelled out the sanguine captain who had welcomed us aboard the whale watch. He was Gloucester-bearded and appeared to have seen-it-all. But now he said, “Oh my God! She’s coming straight for the port side!” It was like a scene from Moby-Dick. I wondered if the boat would go down.

There were two of them, actually. Humpback whales. Known to the on-board naturalists from the Whale Conservation Institute as mother and daughter. They were already as close as anybody had ever seen them, and still they were approaching. I drew my kids close to me. I started crying. The whales paused within inches of the boat. I looked around. Many people were crying. It was not because we were scared. Or sad. The communal, New-York-Times-said-it-might-happen tears were rolling down our faces as the boat was rolling in the water. We were in joyful Awe. Capital letter. Because these creatures were so beautiful. Masters of a world about which we know less than the moon: the ocean. And yet, there was inexplicable mammalian kinship in their brown-black eyes. For a moment—a peaceful, incredible moment—those eyes looked straight into ours.

I could not control myself. I yelped. I ululated. My son and my daughter did too, and later, back on land, having ice cream and fried clams, we were all slightly embarrassed by our behavior. “What happened to us, do you think?” I asked them. None of us knew, really. Or if we did, we didn’t have words for it. I still don’t.

Then one after the other, the humpbacks dove beneath the boat. Straight down. Levered at a 90-degree angle by their huge tails, down to depths I can’t fathom. 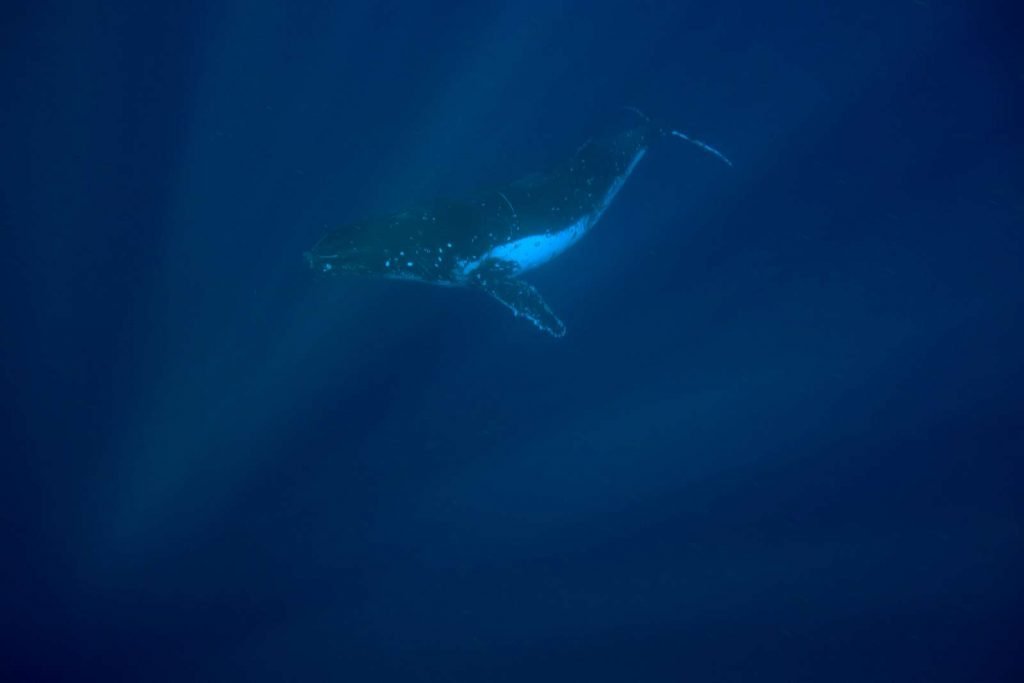