There’s No I in Human 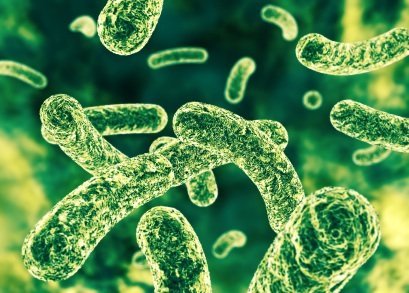 Inspired by Liam’s and Amanda’s previous post about the unseen worlds that exist beneath our feet, I would like to venture into another typically unseen world that perhaps should receive more attention…

In high school, I had a football coach who embodied many a classic stereotype. With a shrill blast from the whistle hanging from his neck, he regularly gathered us together (“huddle up!”) at the end of a practice or before a game. Grateful to catch our breath, we panted on one knee while he threw out platitudes about “fighting like a champion,” “bleeding maroon and gray” (our school colors), and “taking care of business in the fourth quarter.” Coach had a drawl double-dipped in country molasses, and at the moment when you thought he was done talking, he would go on for at least another ten minutes. Among his most reliable fallback lines was one I remember well: “There’s no I in TEAM,” meaning that we would win together or lose alone—and, of course, literally, that the letter “I” could not be found in the word “team.” We furrowed our brows, solemnly nodded our heads in unison, and went out on the field, determined to take care of business in the fourth quarter.

When we think of our own bodies, our “self,” we are conditioned to think that we are hermetically sealed containers.  Our skin is the lid, the lens cap, the Zip-loc bag for all that unseen internal fluid. Or we may think of our skin as a border zone, with a razor-wire fence and a sturdy militia on guard to defend us from unwanted incursions. Unless a cold (from a “foreign” microbe) sends us into a state of bed-rest, we give little thought to the complexity that makes up this body that we comfortably refer to with the pronouns “me,” “my”, and “I.” But being for a human being is complicated. There’s a lot to suggest that our individuality is only individual in the loosest and most abstract of ways—that it is a concept unequal to our biology.

A sampling of fun facts:

We are, in truth, a mutlitude. If we want to find a definition of community, we might start with our own bodies. In a recent issue of Conservation Biology, a group of scientists referred to this “frontier” of study as the “human microbiome.” As our tools for looking more deeply into our own constitutions become more sensitive, we are gaining more and more insight about what’s literally under our noses—and in them, for that matter.

The value of this exploration may amount to more than expanding the catalogue of knowledge about what is inside us.  In his 2011 book The Wildlife of Our Bodies, biologist Rob Dunn suggests that many “modern” autoimmune diseases, such as Crohn’s disease (inflammation of the bowels), may actually be the result of missing our parasites. Nematode worms that were once happily nurtured in the human gut co-evolved with our immune systems. By sanitizing our world and ourselves, in some cases we may be inadvertently working against our bodies’ best interests—also known as the “hygiene hypothesis.” The immune system, without the yin to its yang, in essence, fights against whatever foe it can find. Sickness follows, perhaps even allergies and asthma. Citing a number of successful experiments, Dunn contends that there is good evidence that a “rewilding” of the body might be in order. An invitation to welcome at least some of our bodies’ co-inhabitants back into the fold might alleviate problems created by our too-successful efforts to eradicate the “not-me.”

Beyond the intriguing and important implications this could have for addressing specific diseases, there may be a more comprehensive point to be made: we are human, as Haraway said, in the company of our “messmates.” This collective activity occurs at a microscopic level, beyond the range of our ocular capacities, but I think it can be scaled up as well.

Most of us live as though we are terrestrial divers geared up in S.C.O.B.A. suits (Self-Contained Overland Breathing Apparatus). Our modern modes of work (the climate-controlled cubicle) and mobility (the climate-controlled cubicle on wheels) help to reinforce this feeling of separateness. Even our burial practices—despite the growing interest in “green burials”—express a fundamental conditioning in the dogma of discrete individuality. Why else seal our bodies into coffins that cost thousands, or pump the dead full of toxic preservatives to keep our mortal coils temporarily pickled?  We can perhaps discern in these everyday customs a reach for permanence (and perhaps the classic quest for immortality) that conflicts with the second law of thermodynamics. This attempt to thwart entropy is echoed in the ruined monuments in which kings invest so much labor (Ozymandias comes to mind), as well as the sorts of abstract systems we believe must last forever (conventional economic faith in infinite growth comes to mind). 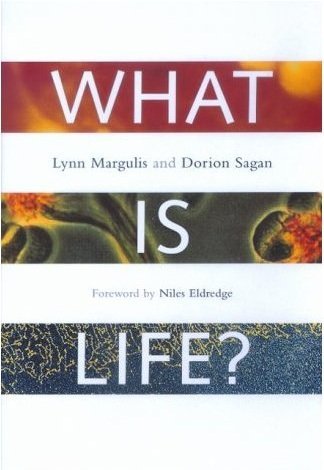 Our bodies tell an alternative story. Stability is an illusion. Change is the constant.

Stability, if it is desirable, if it exists at all, is a collective process and ongoing organization and exchange.

Lynn Margulis and Dorion Sagan offer a series of fascinating insights regarding life’s (temporary) thwarting of entropy, and even have an evocative word for describing it: “autopoiesis.” Their book What Is Life?, which deals with this topic and its evolutionary history, is a mind-blower. Literally translated “self-making,” autopoiesis was first used by biologists Humberto Maturana and Francisco Varela to describe the metabolic processes that keep life going. Life must feed, absorb, and exchange to self-maintain; it must “change to stay the same.” Margulis and Sagan describe this life-maintenance in some detail at various scales, from the cell to the biosphere.

Such a churning is essential to our bodily existence: “Every five days you get a new stomach lining. You get a new liver every two months. Your skin replaces itself every six weeks. Every year, 98 percent of the atoms of your body are replaced.” All this self-maintenance requires a lot of energy inputs, and that’s where the self that is being maintained gets awful fuzzy. Margulis and Sagan note what many of us likely absorbed as part of a standard science education: “Most writers of biology texts imply that an organism exists apart from its environment, and that the environment is mostly a static, non-living backdrop.” But this is profoundly misleading. We need to rewrite our static dualisms, according to the authors, for in an autopoietic world like the one we inhabit, “Independence is a political, not a scientific, term.”

Among other fascinating tales of microbial adaptation, the philosophical takeaway of What Is Life? is a potent dose of humility about human preeminence. We are here, on this earth, by the good graces of unicellular life.

The thought that we are temporary collections of relationships, dispersing when we breathe our last—dust to dust—should help us think differently about community and “my” place in it. We are beings-in-relation, constant process rather than final product. It’s not as if this is totally new information. Something of the idea of humans as beings-in-relation, to name just a handful of examples, is captured in the Siouan invocation, mitakuye oyasin, “all my relations”; by what goes by the name kinship ethics; by Aldo Leopold’s notion of the land as a community to which we belong; and by Buddhist concepts of “dependent co-arising” and “no-self.”

If we understand ourselves as discrete, atomized individuals—billiard balls bouncing off of other billiard balls on a felt-green earth that provides only a backdrop for the game of life—we will likely behave in ways that, well, look a lot like what we see occurring: jockeying for position in a world of oppositional interests, where chaos is kept at bay only for the purpose that we may better exploit the warehouse of nature. But what if we understand ourselves as beings-in-relation? What if we know that not only do our actions impact others, but our very bodies are microbiomes—systems of autopoetic relatedness that allow us to breathe, to eat, to dream? What if we were to behave as though our political “bodies” are embedded in the larger body of earth, which is itself a play of living forces and movement resulting (among other things!) in the temporary conscience-wielding human being?

That would be a team worth playing for. One that would get our microbiomes through the fourth quarter with grace, or the Quaternary for that matter.