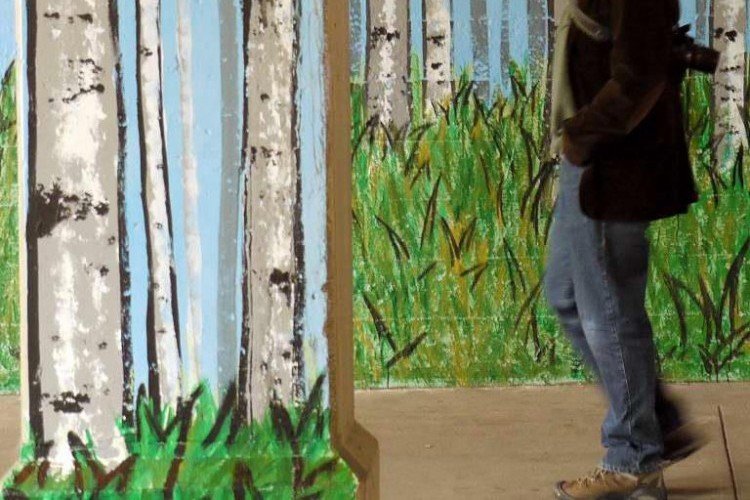 In 1902 Robert Lloyd Praeger, the prolific Irish naturalist, recorded a new occurrence of the rare grass Milium effusum (wood millet) in Dublin. He discovered it in Bushy Park, which was adjacent to his home on Zion Road in Rathgar, a few miles south of the city center. This was the park where more than seventy years later I played as a child, being a five-minute walk from my childhood home. It is the park that I visit every time I return to Dublin. 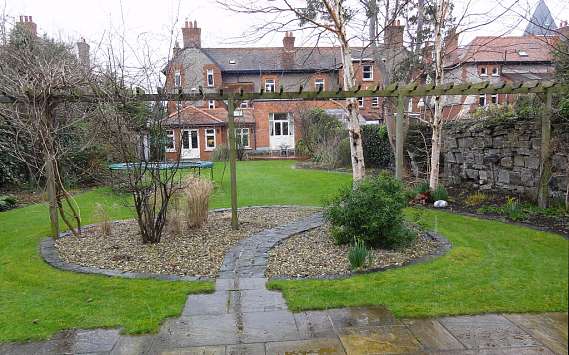 In Ireland, Praeger is associated with the botanical investigation of that country’s wildest places. Less attention has been paid to Praeger as a proto-urban ecologist: a naturalist who spent most of his life in the city, who wrote extensively about his garden, and who devoted a chapter of his most renowned book, The Way That I Went, An Irishman in Ireland (1937), to Dublin and its environs. He wrote there on the famous wagtail roosts in O’Connell Street, the ferns on Dublin walls, and the plants on North Bull Island, a coastal conservation area in Dublin bay. He and a small team also surveyed and wrote extensively on Lambay Island a couple of miles off the coast, north of the city. 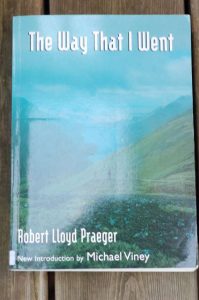 In addition to his urban interests, what appeals to me about Praeger is that though in many ways he was a fairly traditional natural historian whose extensive writings—in all there were 800 papers and twenty-four books—detail the distribution of plants in Ireland, he nonetheless wrote reflectively and lyrically about botanical field work as a pleasure for its own sake. Praeger raised walking to the level of exultation and methodology, and not conveyance merely. After all, his most famous book is The Way That I Went—not Where I Went and What I Found There.

I have been working on a lengthy essay on Praeger in recent months, having spent a week last February rummaging through his archives in the Royal Irish Academy, in Dublin. During this time, the idea occurred to me that not only is there a Praegerian product (all those papers and books) but there is also a Praegerian spirit: a spirit of openness to the world, a type of attentiveness that Praeger insists one can cultivate only on foot. Working on this material, I decided that I would, as a type of sympathetic exercise, embrace Praeger’s peripatetic inclination, but employ it in a strictly urban direction, bringing together two parts of Praeger’s work and interests. I am proposing therefore, over each of the next five years, to walk 1000 miles in the city. I invite you to join me by planning a thousand-mile walk of your own in the city or town in which you live. Before you commit, let me give you a little more information on the great man himself and the significance of the 1000-mile annual walk 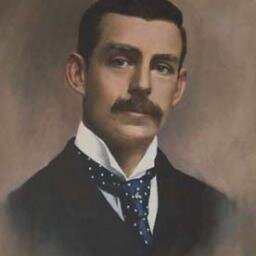 Robert Lloyd Praeger was born on 25th August 1865 in Holywood, Co Down, in Northern Ireland. His interest in natural history was sparked by his uncle William Hugh Patterson (1835–1918), described by Praeger as “first tutor in natural science.” Patterson was one of the founding members of the Belfast Naturalists Field Club and also had interests in literature, archaeology, and folklore, subjects that were to be of lifelong interest to his young nephew. Praeger trained as an engineer in Queen’s College, Belfast, graduating with a BA in 1884 and a B Eng in 1885. However, rather than taking a full-time job as an engineer, which would have curtailed his interests in natural history investigations (which by the time he graduated from college were very extensive), Praeger worked instead on less time-consuming engineering contracts. In 1893, at age 27, having failed to secure a position in the Natural History section of the Dublin Science and Art Museum (the “Dead Zoo” as it’s called in Dublin), he accepted the post of Assistant Librarian at the National Library in Dublin. There, as Praeger later wrote, “surrounded by a quarter of a million books, I remained happily till the time came to retire.” Thus even though Praeger inclined to the country, he seemed to enjoy living in Dublin.

The librarian position gave Praeger excellent exposure in the city center to scientific facilities and colleagues, and importantly, gave him long annual holidays in which he toured around the country. Taking advantage of the facilities his work at the Library afforded him, Praeger added significantly to his field experiences, with a view to comprehensively updating the records of Irish plant occurrences. In order to execute his plans to update the Cybele Hibernica, the most authoritative work on botanical distributions at that time, Praeger estimated that he would need fifty days in the field for each of five consecutive years, each day consisting of twelve hours in the field, traversing twenty to twenty-five miles of diverse ground. This totals 1000 miles a year.

This early work resulted in the publication of the important monograph Irish Topographical Botany (1901). ITB, as it is known still to Irish botanists, superseded all previous accounts of the Irish flora with accounts of the distribution of plants on the island based upon those five years of Praeger’s work in the field.

Praeger’s hero in the matter of walking was the naturalist and literary scholar Henry Chichester Hart (1847–1908). From May 1875 till October 1876, Hart served as naturalist on HMS Discovery on a polar expedition, though the members of the expedition returned without having made it to the North Pole. At home in Ireland, Hart was known for his vigorous walking. In 1889 on a wager of £50 from the naturalist Richard Manliffe Barrington, Hart walked from Dublin to the summit of Lugnaquilla, the highest mountain in Co. Wicklow, and back again, a distance of about seventy-five miles, in a single twenty-four hour period. Praeger’s adventures were of a less arduous type: he simply walked, botanizing as he went. His skill in the field was such that he could identify even emerging seedlings on sight, allowing him to make rapid daily progress. 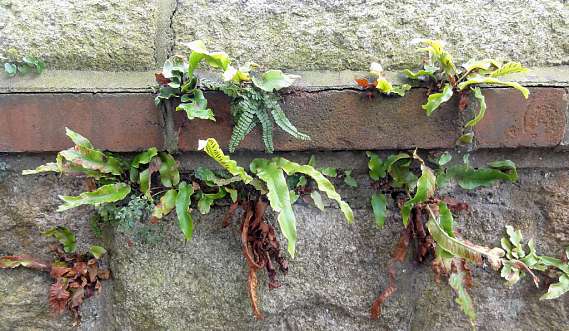 When Praeger later wrote that he possessed “a fairly extensive knowledge of every county in Ireland—particularly as regards its topography and botany,” he claimed that this was so because of his commitment to walking. The essence of walking as methodology, as Praeger described it, is to neither head for nor avoid picturesque spots. In describing the scientific results of such walks, Praeger often referred to them as “rambles” suggesting a sort of constrained Brownian motion (the presumably random locomotion of particles in a fluid) throughout the landscapes of Ireland. The field botanist, wrote Praeger, “ranges far over hill and dales, though there is good ground and bad ground, he never knows where an interesting or rare plant may not be concealed.” This is advice I have always found useful. The botanist may make her best finds at the end of the day and in the least likely of places.

The results of this tramping around Ireland was not merely botanical information on 600 or so species for each of the forty regional divisions of Ireland, but, more importantly for Praeger, it resulted in “extensive and intimate knowledge … of all those parts of Ireland which, being reckoned uninteresting, are to the majority of people unknown.” Tramping five-thousand miles across Ireland in his early years “equalized” his knowledge of the country: he became just as acquainted with the immediately attractive areas as those less familiar.

As a matter of practicality, Praeger routinely took the train, getting off at chosen points and walking to the next station. Walking accomplished the outcome of intimacy in a way that cars cannot. Admittedly during the years that Praeger was preparing Irish Topographical Botany cars were a rarity in Ireland. In fact the first car in Ireland was imported to Dublin 1896. It was not until 1911 that the number of cars, buses, and trucks in Ireland exceeded 5000. Praeger never owned a car. His objection to the car was a simple one. The car, Praeger wrote, “travels too fast for the serious observer.” For those whose minds are “jaded by with the meaningless noise and hurry of modern life…quiet wandering on foot along brown streams and among the windy hills can bring a solace and a joy that is akin only to the peace of God that passeth understanding.” 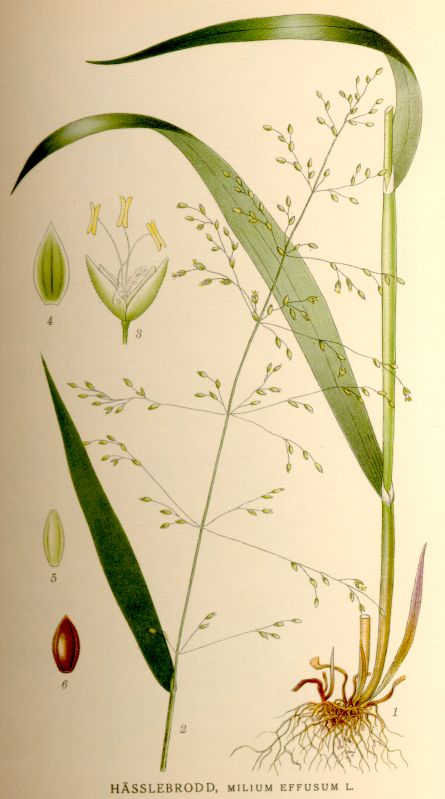 For all his advocacy of walking in wilder parts, Praeger recognized that being the “finite and worldly creatures that we are, we cannot exist long on that high plain.” After all, even at the peak of his fieldwork years, walking one thousand miles a year over a period of fifty days still left 315 days for other pursuits. For Praeger these days were, as we have implied, mainly urban ones. It is clear that in addition to his more celebrated walks in the countryside Praeger rambled throughout the city and had done so since he arrived there in young adulthood. For instance, when Praeger came to Dublin, he lived first with a family on the outskirts of the city in Dundrum. He walked or cycled these nine miles into town rather than taking the train. And as we have noted, a few years later, after he married and moved to Rathgar, he walked and botanized in the neighboring parks, finding that rare grass in Bushy Park.

As for my own philosophy of walking: I am working on a style of walking characterized by a Praeger-inspired openness to seeing new things, but one that is guided by prior knowledge. That’s the kind of walking that I want to perfect. In order to do so, I have started my 1000-mile walk in Chicago. Though there are obsessive elements to my personality, clocking up a one-thousand-mile tally is not an end in itself. Rather, I am primarily concerned with concern itself: I simply intend to pay attention as I go, and I imagine completing a substantial mileage goal will help in cultivating the right frame of mind. That being said, one thousand miles translates into an informidable twenty miles or so a week. 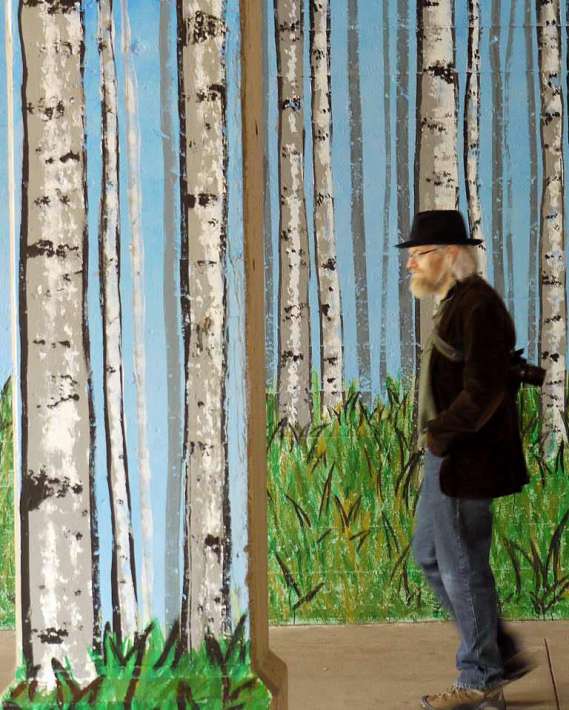 I will walk the neighborhoods, I will walk the parks, I will walk the forest preserves. It is not important to me that I botanize all the way, though I incline towards noticing trees wherever I go. For me, at least, an attentive Praegerian spirit means not listening to music as I go, or fiddling with my phone, or getting too mentally distracted with the small perplexities that besiege my work life. A number of colleagues have started this with me. There’s Stanley Cohn, a professor of biology at DePaul who reports, wittily and sagaciously, on his Praeger walks via his newly-created twitter account. Lauren Umek, a PhD student at Northwestern, takes her walks to restoration research sites around the city. Cassi Saari, a young naturalist in our region, is also clocking up a thousand miles around Chicago, as is Evan Edwards, a philosophy graduate student at DePaul, and Kim Frye, an instructor in Environmental Science and Studies. Further away, Mary Ellard and Richard Ivey are walking in Washington State with a camera in hand and with Praeger on their minds.

If you feel inspired to take the challenge, please let me know. Those of us who use social media use the hashtag #1000UrbanMiles to keep track of one another’s progress.

Images, from top to bottom:

Book cover of The Way That I Went; photograph by Liam Heneghan

Vegetated wall of Praeger’s house, perhaps with escapees from his garden; photograph by Liam Heneghan