An Integrating Story for a Sustainable Future: A Way toward New Human-Earth Relations

We know that the obstacles to the sustainable development and flourishing of life’s ecosystems are considerable. To meet these challenges, the next stage of evolutionary history will require an expansion of our worldview and ethics. The human community has now for the first time a scientific story of the evolution of the universe and our planet that shows us our profound connection to the evolutionary process. We are only discovering its larger meaning as evolution continues to unfold. This is why we created the Journey of the Universe, namely a film, book and educational series to tell the story of cosmic, Earth, and human as an evolutionary epic.

We are realizing, too, that evolution moves forward through transitions—the movement from inorganic matter to organic life, for example, or from single-celled organisms to plants and animals. All such transitions come at times of crisis, involve tremendous cost, and result in new forms of creativity. We are in such a transition moment.

Surrounding this moment is a challenge to older paradigms of the human as an isolated being in a random, purposeless universe. Peter Raskin has called this the Great Transition, while Joanna Macy named it the Great Turning. Our consciousness is shifting from valuing individualism to embracing interdependence on a vast scale. The Enlightenment values of life, liberty, and the pursuit of happiness are being reconfigured so that life includes the larger life of the Earth, individual freedom requires responsibility to community, and happiness consists of more than acquiring material goods. We are moving from an era dominated by competing nation-states to a sustainable, multicultural planetary civilization.

Over the past century, science has begun to weave together the historical story of our cosmos, which emerged some 13.7 billion years ago. At the same time, we are becoming conscious of the rapid destruction of species and habitat taking place around the planet. As we realize the vast expanse of time that distinguishes the evolution of the universe, we see how late our arrival in this process is and how quickly we are foreshortening the Earth’s future flourishing.

We need, then, to step back to assimilate our cosmological context. If scientific cosmology gives us an understanding of the universe’s origins and unfolding, then philosophical reflection gives us a sense of our place in it. As science reveals to us the intricacy of the web of life, we realize that we are not only unraveling it through our economic progress and rapid industrialization, but that we are destroying our own continuity as a species. 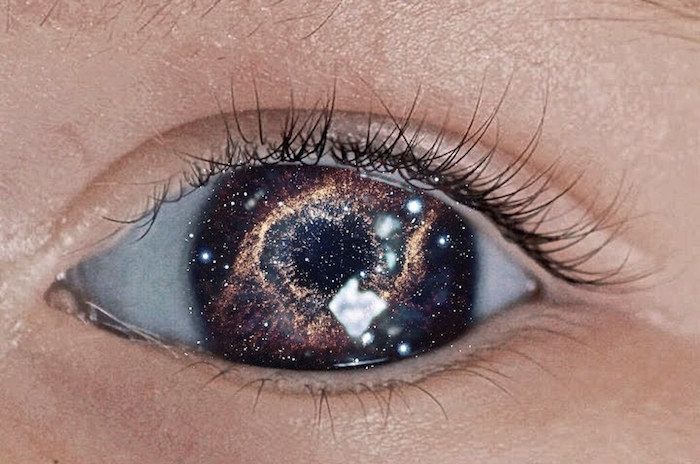 Two major permanent exhibits at the American Museum of Natural History clearly demonstrate our cosmological context and environmental crisis. One is the Rose Center, which houses the Hall of the Universe and the Hall of the Earth, and the other is the Hall of Biodiversity.

The Hall of the Universe is a monumental glass cube with a globe containing a planetarium at its center. Suspended in space around the globe are the planets of our solar system, which are juxtaposed in a fascinating mingling of inner and outer worlds against the garden plaza and streets of New York beyond the cube’s walls. After passing through a simulation of the originating fireball, visitors move up an elevated spiral pathway through our twelve-billion-year cosmic journey, from the formation of galaxies to the emergence of our solar system. When they reach the Cenozoic period, which encompasses the last sixty-five million years, they end at one human hair under a circle of glass. The breadth of the hair represents all of human history.

The Hall of Earth reveals the birth of the planet, the evolution of the continents, and the eventual emergence of life. It presents the theory of plate tectonics, not widely accepted just fifty years ago, as well as deep-sea geothermal life forms discovered only a decade ago. Thus, this exhibit illustrates how new our knowledge of Earth’s evolution is.

The Hall of Biodiversity displays the extraordinary range of life forms that our planet has birthed—a panoply of animals, fish, birds, reptiles, and insects. A plaque observes that we are now living in the midst of a sixth extinction period. It notes that while the five earlier periods of extinction were caused by a variety of factors including meteor collisions and climate change, humans in large part are causing the present one. This prompts us to question not only our role, but our viability as a species. We are the first generations of humans to actually imagine our own destruction, and—while this may be extreme—some suggest this may be necessary for other life forms to survive.

The exhibition notes that we can stem the loss of species and habitat. It offers an arresting series of pictures: current destruction is recorded on one side, and restoration processes are highlighted on the other. The contrasting displays suggest the choice is ours—a bold step that shows that scientists no longer try to stand completely apart from what they study.

These powerful exhibits illustrate how science is ushering us into a macrophase understanding of the universe and of ourselves as one species among others on a finite planet. The fact that the Rose Center presents the evolution of the universe and the Earth as an unfolding story in which humans participate is striking in itself. Indeed, the introductory video in the Hall of the Universe observes that we are “citizens of the universe” born out of stardust and the evolution of galaxies, and that we bear responsibility for its continuity.

Environmental ethicists and religious scholars are being called to re-examine our role as humans within both the larger context of the universe’s evolution and the closer context of life on Earth. What is humankind in relation to 13.7 billion years of universe history, or to 4.6 billion years of Earth history? These critical questions underlie our new consciousness of the universe story not simply as a narrative, but as a transformative cosmological story.

Since the earliest expressions of culture, humans have developed cosmologies to describe where we have come from and where we are going. The religious and cultural traditions we have honored for millennia all bear witness to our deep desire to find meaning around us. Over the last two centuries, however, the scientific paradigm has dominated. Some scientists and science-minded philosophers have concluded that while the universe appears to follow certain natural laws, it is merely a random accretion of objects with little meaning and no larger purpose. Scientific and religious cosmologies have thus co-existed uneasily. But the best of modern science shows how we are part of the universe’s ongoing journey and how we shape its future form. This can be an important context for ecological, economic, and social transformation in our emerging planetary community.

The integrated story of the origin and development of the universe, of Earth, and of humans could become an inspiring vision for our time. It gives us a sense of common evolutionary heritage and shared genetic lineage that could establish the foundations for sustaining the future. Carl Anthony, one of the leaders of the environmental justice movement, has said this perspective has profoundly transformed his life and work. We, too, can be inspired by it, recognizing that ecological, economic, and social change is not only necessary, but inevitable.