Because humans are vision-dominated primates, there is plausibility in the common axiom that “a picture is worth a thousand words”—so I begin by noting one picture of “what it means to be human.” Statistically, as National Geographic recently suggested, “the world’s most typical person is a 28-year old Han Chinese man.”[1] Yet since we humans are a richly varied group, any single picture, even if statistically important, falls far short of answering well the existentially compelling question—just what does it mean to be human?

One description that takes us further toward a meaningful answer is that humans are a special kind of meaning-making animal—yes, an animal, and of a meaning-making kind, each one as much a member of our shared Earth’s animal community as any nonhuman animal is. Yet in today’s most prominent answers to the question of what it means to be human, there are indications that some aspects of our meaning making have gone awry. Most prominent among these indications is how hard many people work to deny or otherwise hide our inevitable and powerful animality. Other indications are telling, too, including the stunning variety of explanations of why any human individual could possibly believe that humans are not only separate from, but unique and better than, superior to, and justifiably privileged over all nonhuman living beings. Some people even think it reasonable for a human to be insulted when another claims what we all plainly know—humans are but one animal group among others in a more-than-human community.

A particularly suspect dimension of our meaning making is distilled in the scientific name we give ourselves—Homo sapiens (“wise human”). Besides our evident intelligence, so stunningly backed by the power we derive from technological prowess, members of our species from time to time also display important forms of equanimity and wisdom. An example appears in Plato’s account of Socrates’s refutation of the arguments made by Thrasymachus in the first book of The Republic. Asked to give a definition of justice, Thrasymachus replies, “justice is nothing else than the interest of the stronger.”[2] Socrates, in turn, proceeds to show how inconsistent, morally wanting, and thus unjust such a definition is.

Socrates’s legendary perceptiveness begs much more than observations about our species’ sapience—it also exhorts each of us to be humble. Recall that when Socrates is told that the Oracle of Delphi had revealed to one of his friends that he is the wisest man in Athens, Socrates is doubtful. He searches for someone who knows what is truly worthwhile in life (another version, really, of the question of what it means to be truly human). He reasons that, since he is only too aware that he himself cannot provide an honest answer, anyone who can answer this question will surely be wiser than Socrates. After questioning everyone he can find, he comes to the conclusion that, despite his fellow Athenians’ confident replies, not one of them can give a satisfactory answer. Socrates then intuits that the oracle may have had a point—other Athenians were pretending to know something they clearly did not know, but Socrates alone was willing to admit his own ignorance. Honest humility, then, made him the most sapient man in Athens.

I tell this story to seed the reader with a particular insight—humans who boast of their superiority and thereby justify their own privilege by repudiating their animality fall short of the Homo sapiens accolade we have bestowed on ourselves. This seed can grow vigorously even as we admit that humans are extraordinary beings. A number of other names proposed for our species hint at many of these special abilities. Homo religious, made famous by the comparative religion scholar Mircea Eliade in his 1959 The Sacred and the Profane: The Nature of Religion, suggests how rich, multidimensional, and complex is our awareness of our world. Homo ludens, appropriately translated “human the player,” comes from Johan Huizinga’s seminal 1938 Homo Ludens: A Study of the Play-Element in Culture that suggested a crucial role for play in human culture (of course, some other animals play in formative ways as well). Homo faber, “human the creator (or maker),” is an ancient description from Roman times advanced more recently by interesting humans like Henri Bergson and Hannah Arendt. The focus here is on controlling our surroundings through tools, including tools used to make other tools. (Again, some other animals are also toolmakers, and a few even use tools to make other tools.) 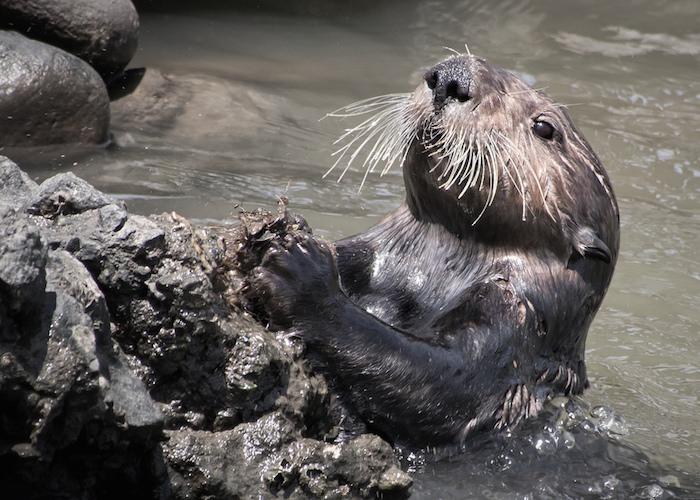 Other broad descriptions of humans, however, suggest at times that our meaning making could reasonably be challenged because it is overreaching or otherwise misleading. Consider Homo economicus, a 19th century model that portrays the individual human as self-interested and preoccupied with expressing our truest and deepest desires in what we buy. Surely, because we are great calculators, humans can be described as economics-sensitive animals. But we so clearly have other dimensions as well that the name Homo economicus promotes an overwhelmingly inadequate and thereby dysfunctional self-image.

Darwin suggested in the second half of the 19th century that we are often different from other animals only in degree, not in kind. Based on his collection of more than twenty different explanations of human uniqueness, he lamented, “but they are almost worthless, as their wide difference and number prove the difficulty, if not the impossibility, of the attempt.” The prevalence of claims about our superiority might, in the face of so much evidence of other animals possessing some of our traits, strike one as justifying new descriptions of humans along the lines of Homo arrogans, Homo tumidus (“puffed out”), Homo superbus (“supercilious,” “arrogant”) or Homo vanus (“conceited”).

There is much evidence for a different answer to “what it means to be human.” If an answer to this deep concern is to be encapsulated in a single name, better choices would be Homo sperans (“hopeful”) or simply Homo animal, even homini humilis animalis (“humans, the humble animal”). The evidence for these possible names is more quotidian, less full of the bravado showcased in our sadly distorting tradition of telling history as the “great deeds” of “great men.” One must look in ordinary lives for the best evidence. On a daily basis, countless humans have affirmed our rich, alive animality. Just as revealing is the fact that there have long been many small-scale cultures in which what it means to be human is to notice one’s neighbors and to respect them in important ways whether they are human or not. In today’s industrialized societies, one can find different subcultures—and, of course, the worldwide animal protection movement—that provide key evidence suggesting each human is an individual animal with capacious abilities to care.

What it means to be human, then, is coming home to a full acknowledgement that each of us is a member of an animal species that is capable of a distorting arrogance but also, when at our humblest, of choosing a life that makes us a very special animal indeed. To be richly human is, then, to acknowledge that each human is a member of nested communities, many of which are human-to-human communities but others of which are human-nonhuman communities of the utmost importance.