To Conserve Is To Care: How an Emphasis on Animal Welfare Is Transforming Zoos and Aquariums 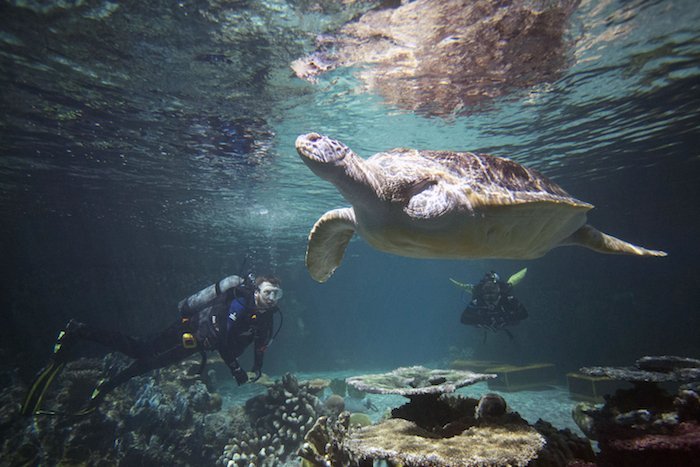 There’s a new ethic developing among some aquariums and zoos, and it promises to reset the entire relationship between these institutions and the audiences we serve. It’s underpinned by several novel approaches to the relationship between humans and animals, and it represents a watershed moment in the long history of how we humans interact with our fellow members of the animal kingdom. This ethic is driving the emerging science of humane education, which resets the focus from people to animals.

Until recently, scientific principles posited that it was permissible to impact individual animals, habitats, and even whole populations in ways that a reasonable person might view as intrusive, injurious, or even fatal—all in the name of science. Think of neurological testing on primates, or the routine capture of large predators like sharks or lions for blood samples, biopsies, and even stomach content evacuations.

Of late, leaders in the zoo/aquarium field, guided by a more thoughtful, compassionate approach to their conservation missions, have embraced a new way of creating important connections between people and animals by shifting the focus of their work to the welfare of the animals under their care. And it’s not a moment too soon.

A recent study of American adults and their leisure habits documents a 25 percent decrease in nature-related recreation over ten years.[1] The study also finds that kids who do not have nature experiences are significantly less likely to do so in adulthood. As people disconnect from nature, their ability to relate to, and care about, the lives of animals diminishes. It is therefore fair to suggest that aquariums and zoos can serve as critical links to the natural world—what ethicist Strachan Donnelley called “the really real world”—provided we do it with more sensitivity than our forbearers.

Millennials, the ninety-million-strong cohort of Americans that will set our social agenda for the next forty years, are far less inclined than their parents’ generation to condone the concept of simply capturing and displaying wild animals for our entertainment. Their preference is for action, and they demonstrate it by supporting aquariums and zoos that focus on the welfare of the animals in their care while rejecting those institutions that they view as exploitative or disingenuous. In short, millennials care about people, not institutions, and zoo/aquarium managers who fail to read this important evolution in our primary audience face irrelevance, or worse.[2] 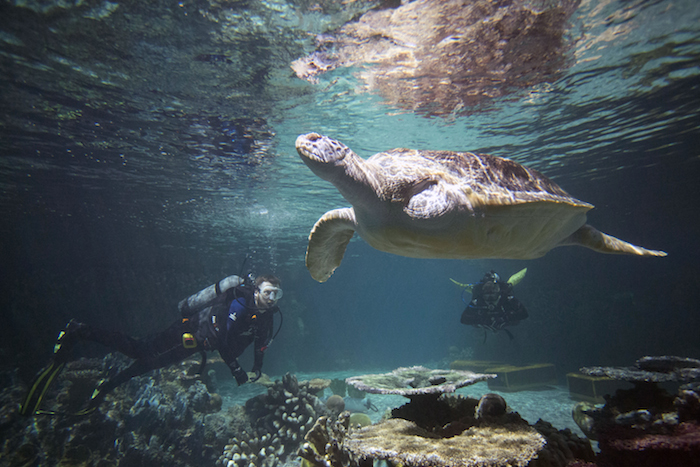 The data tell an interesting story: overall favorability of aquariums and zoos is diminishing among Americans, a surprising drop of 16 percent for zoos and 8 percent for aquariums over the past six years. A closer examination reveals, however, that this is not a monolithic shift; favorability perceptions of aquariums and zoos that emphasize care and conservation are actually rising, while attitudes towards those who choose to maintain status quo are falling dramatically. Several factors are driving this widening rift.

The best aquariums and zoos are elevating animal welfare to a new primacy, moving well beyond basic animal care and husbandry to ensuring that the animals in their care thrive. They are measuring their successes and failures in animal care, and they are sharing them transparently. The Detroit Zoo’s Center for Zoo Animal Welfare now hosts an annual symposium where zoo/aquarium managers, animal rights advocates, and humane-treatment researchers can discuss—and debate—the ethical dimensions of animal care and conservation. The San Diego Zoo recently revisited the concept of the five freedoms for animal welfare and now organizes its animal care practices around five opportunities to thrive.[3,4]

A more sophisticated public now differentiates aquariums into those that keep cetaceans (whales and dolphins) and those that do not, and you can guess which are winning more friends and supporters. The nation’s best aquariums create painstakingly realistic habitat-based exhibits like coral reefs and kelp forests, and that is what the public says it wants to see. Over the past ten years, the number of Americans under thirty-five who believe cetaceans should not be kept in captivity for any purpose has grown 27 percent and is now the majority opinion. Uniformly, aquariums and marine parks that focus on cetaceans are seeing their attendance diminish, while those that do not keep cetaceans are drawing more visitors. It would appear our audience votes  with their feet.

New principles like “humane education” and “compassionate conservation” offer more thoughtful practices and policies for the humane treatment and welfare of individual animals within the framework of traditional conservation biology. In the past, there has been a polarization between those interested in animal protection and those interested in conservation, where the focus is often at the level of species, populations or whole ecosystems. When the goal is to preserve biodiversity, it can be all too easy to ignore the welfare of individual animals in pursuit of the greater good. However, advocates of these new approaches believe compassion for animals must be fundamental to conservation science, as poor conservation outcomes are often consistent with the mistreatment of animals. A new breed of aquarium and zoo leaders is putting these principles into practice.

Some aquariums and zoos are employing such nontraditional disciplines as predictive analytics, social care, and brand management.[5] These organizations are willing to listen closely to their audience to discern what is both important and relevant. After all, like the proverbial fool on a hill, it matters little how loudly you proclaim issues you deem important if nobody is listening.

In the 1990s, Dr. William Conway, director of New York’s venerable Wildlife Conservation Society and one of the deans of the zoo world, offered up a new model for zoos with the admonition that, “Like so much of nature, zoos also face extinction—unless they are able to change.” Conway suggested that aquariums and zoos should become conservation centers focused on ecosystems, with exhibits that were immersive. In his view, our concerns should be around “holistic conservation and organized networks.”[6]

This model has evolved once again. The aquariums and zoos that will define our relationship with nature in this century must be agents of a movement for biophilia, focused on driving individual and collective action—and care—through exhibits that are as virtual as they are immersive. Twenty years on, our primary concerns have become increasingly urgent: extinction of species, rapid climate change, and a loss of connection to this blue marble of a planet.[7] In the words of ecologist/explorer Sylvia Earle, “Our highest calling is to maintain a planet that works in our favor.”[8]

This is the roadmap for those of us in the aquarium and zoo world who aspire to inform people and move them to act on behalf of the natural systems on which we depend. As my colleague Julie Packard of the Monterey Bay Aquarium recently put it, “Our combined mission must be to build a constituency for nature.” She’s right, and if we hope to inspire an ethic of care for our planet, we must first embody that ethic in the way we treat the animals in our care.

[3] American Society for the Prevention of Cruelty to Animals. The Five Freedoms. Retrieved from http://www.aspcapro.org/resource/shelter-health-animal-care/five-freedoms

[5] Know Your Own Bone. Relevance. Retrieved from https://www.colleendilen.com/

[7] Nichols, W. (2011, May). What will you do with your blue marble? Huffington Post. Retrieved from http://www.huffingtonpost.com/wallace-j-nichols/what-will-you-do-with-you

[8] TED (Producer). (2009). My wish: protect our oceans . Available from https://www.ted.com/talks/sylvia_earle_s_ted_prize_wish_to_protect_our_oceans?language=en

Is love of nature in the US becoming love of electronic media?

Photo courtesy of the National Aquarium.