After seeing the Grand Canyon in 1908, Teddy Roosevelt uttered the five words that would save it: “Leave it as it is.” Unfortunately, it is no longer an option to leave most of our country as it once was. Only five percent of the lower forty-eight states are in anything close to a pristine ecological state. Ninety-five percent of our country has been logged, tilled, drained, paved, and otherwise “developed.” Our rivers have been straightened and dammed (damned?), and several no longer reach the sea. Our air has been polluted, our aquifers pumped nearly dry, and our climate changed for centuries to come. We have purposefully brought thousands of species of plants from other lands—3300 of which are now “naturalized” and aggressively displacing the native plant communities on which local food webs depend. The natural world has been carved into tiny remnants of its former state, each of which is too small and too isolated to sustain the species that run the ecosystems that support us. And so, we have entered the sixth great extinction event in the history of the planet, but the first to be caused by living beings.

We have reached our current state of environmental degradation because we never abandoned the adversarial relationship with the natural world that enabled hunter-gatherer societies to survive. In the old days it was nature that ate us, froze us, starved us, flooded us, and threatened our crops. The more we beat back nature, tamed it, or eliminated it, the better off we were. It was not only ethical to control nature in our landscapes, but necessary. A “them versus us” philosophy became deeply embedded in our genetic blueprint because only those who pushed hard against nature survived to pass on their genes. It was nature or humans, but never both. There was no sharing of space or resources with non-domesticated species—no coexistence at all—and it worked well for humans. 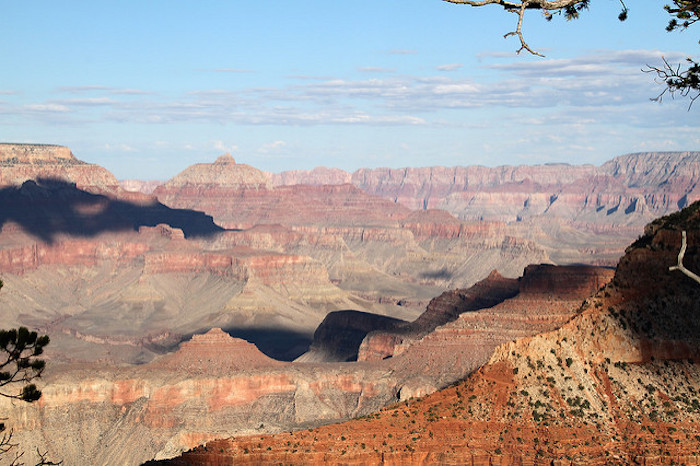 But this approach to nature did not recognize our ultimate dependence on the natural capital produced by diverse ecosystems. The lack of reverence toward the ecological networks that supported humans rarely mattered because the earth was huge and humans were few. There was always enough nature to supply the resources we needed, even if we had to move to a new territory to find it. Today, however, there are 7300 times more people on the planet than there were when we fought nature tooth and nail, and most of us live in cities. Not only are there more nature destroyers today, but now we can do it faster. Technological advances have enabled us to eliminate entire biomes (think prairie grasslands in the Midwest or longleaf pine forests in the Southeast) at will. We literally move mountains to take what we think we need from the earth, and every day we take more and more, as if the earth were growing along with our own numbers.

I could go on, but my goal is not to review the pox we have delivered upon the environment and thus upon all of our houses. Rather, it is to describe the advent of a new environmental ethic, one that will be adopted worldwide in the coming age and which historians will call the “Ecocene.” I am not a soothsayer nor a visionary; I am an ecologist who can make this claim with confidence and clarity because it is Homo sapiens’ only option if we wish to remain Homo sapiens in the future.

Today most of us live in what I have called the great suburban/urban matrix, and we do not interact with the natural world at all. The disappearance of once-common plants and animals does not bother us because we never knew these species to begin with and we cannot imagine why they were important to us. But plants and animals are what create the ecosystem services we all require. They generate our oxygen, clean our water, and delay its journey to the salty sea. They sequester carbon that would otherwise wreak even more havoc with our climate. They build our topsoil and hold it in place, prevent floods, provide pest control services, and pollinate our crops. We are living off of the ecological interest that was generated by a healthy ecological bank account long ago, but we are eating up the principle of that account at a steady and alarming rate. Cities and the vast suburban tracts that surround them have replaced natural areas in so many places that there is now not enough nature left to generate the natural capital on which we depend.

Think for a moment about your own yard. If you are typical, about ninety percent of your landscape is lawn, and your yard contains only ten percent of the tree biomass that it supported before your house was built. When choosing plants for your landscape, you have only considered their decorative value; you have given no thought to the many roles your plants could have played within your local ecosystem had you chosen them wisely. And so eighty percent of the plants in your yard are species that evolved in Asia— species that are unable to support the complex food webs necessary for ecosystem function because local herbivores do not have the adaptations required to bypass the unfamiliar defenses of these plants. When you look out your window, nothing moves. This does not bother you because it has been so long since you saw nature in your yard that you now think that “nothing” is normal. What’s more, your civic association has convinced you that building landscapes that are dead is good land stewardship.

Now put on your ecological thinking cap. If your property does not generate all of the ecosystem services you and your family need to live well, you will have to borrow services that were generated somewhere else. Chances are your neighbor’s yard looks just like yours and so is just as biologically depauperate. You will not be borrowing services from your neighbor. Your township’s “open space” has most likely been converted to soccer and baseball fields, so you will not be borrowing ecosystem services from your public spaces. Where will you get what you absolutely need to live?

Fortunately, what sounds like an ecological Armageddon is largely reversible if we adopt a new relationship with nature. We can save nature—and ourselves—if we learn to live with nature. We must shrug off the adversarial relationship with nature that worked for our ancestors but is deadly to us. We must accept the new reality that how each one of us treats our local biological heritage impacts not just us but our neighbors and our neighbors’ neighbors. In the future we will generate all of the ecosystem services we need because we will live amidst the natural systems that produce them. The need to destroy the life around us will be replaced by the ethical imperative to sustain it. Fortunately nature is malleable, resilient, and forgiving. It will give us one last chance.