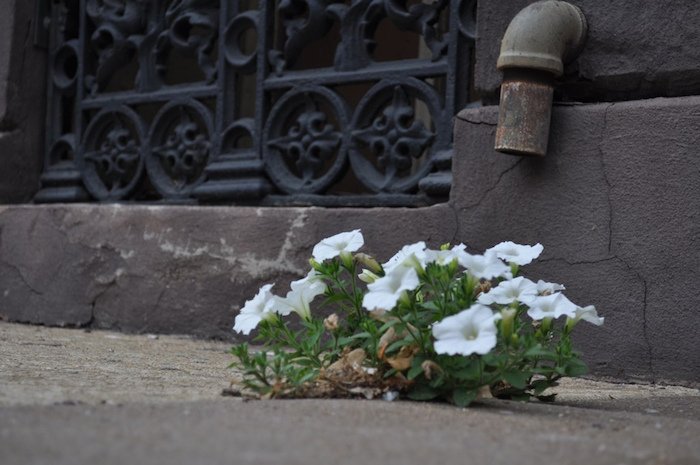 As a wilderness lover, I used to hate cities. I hated the dirt, the noise, the swarming, insatiable populations, the ugly, decaying buildings, the festering inequality. I yearned for pristine forests and lakes and high peaks sparkling with solitude. Then I moved to the city, had kids, and started paying attention.

Amazingly, wildness was everywhere! I saw ragweed and petunias growing in pavement cracks, coyotes loping along the interstate, Canada geese wintering near power plants, owls cruising low over parks, falcons dive-bombing pigeons from skyscraper eyries, deer wandering through backyards sampling dahlias. Meanwhile, the neighbors hurried by as if walking in their sleep. They seemed to have no idea what they were missing.

If you love nature, you think about losing it. You begin to dream of sustainability, wondering how the wild and human worlds can ever become mutually enhancing presences to each other. Thomas Berry believes this to be the great challenge of our age, as we enter a new geologic epoch that he calls the Ecozoic. The ecologist Aldo Leopold believed that if we treated the land as a community to which we belong, we’d begin to use it with love and respect. But how can we love what we don’t know or understand? Saving the rain forest is all very well, but what about the places where most of us live and work? If sustainability has to begin at home, urban nature may well be the new land of opportunity. 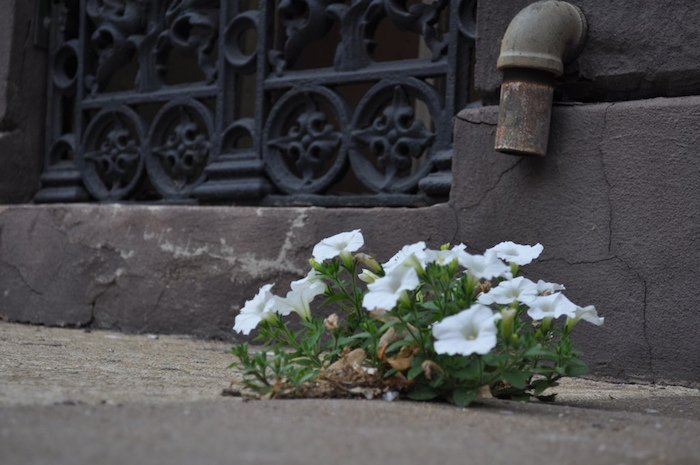 What we call the environment is always already a blend of nature and culture, and nowhere is this interplay more richly expressed than in cities. People and landscapes shape each other. Nature and culture are not like the vinegar and oil on your salad; they are more like the hydrogen and oxygen in water: bonded at the hip, they create exciting new possibilities. To discover how this can play out in the Ecozoic, we need both study and transformation, insight and practice. Gary Snyder wrote memorably about a “practice of the wild” that blended the insights of Western philosophy, poetry, and natural science with the wisdom and spiritual techniques of Native American and Asiatic cultures. The “old ways” that supported human life for a hundred thousand years take on new, seminal relevance as we grope toward a sustainable world. But how can we practice the wild in cities? Is it not a contradiction in terms?

For Snyder, like Thoreau before him, wildness is not just about wilderness or even “nature.” It’s about creativity, emergence, and the self-organizing power of complex adaptive systems. Thoreau declared that in wildness is the preservation of the world. If so, then we must align our thought and efforts accordingly, beginning with education. Sustainability requires ecological literacy, so let’s build it into the curriculum from grade school right up through college. Every neighborhood bristles with lessons in natural and human history, a living museum that lacks only signage and docents. It’s all right there, free for the taking. There’s no need for expensive field trips. Every nature writer I know discovered his or her vocation not in some grand national park but in a rotting log or tangled bank or vacant lot at the end of the street.

What’s more, historians of landscape and architecture—people like John Hancock of the University of Cincinnati and Harvard’s John Stilgoe—have shown how the built environment abounds with similar lessons in cultural, social, and technological development. Learning to read the city can make it come alive. “Outside,” Stilgoe writes, “lies magic.” And information not only brings adventure, but added value. Knowing the neighborhood can lead to appreciation, loyalty, and perhaps even love. The wider your sense of self, the greater the scope of your self-interest. The entire urban landscape can be reconceived as a scene of instruction, abundant, vivid, accessible, and free.

But instruction and education only prepare us for life. The city also offers exciting opportunities to experiment with and enact sustainable life ways. Guerilla gardeners like South Central Los Angeles’s Ron Finley have shown how growing vegetables on neglected land such as vacant lots or curbside easements can improve the look, feel, health, and communal well-being of blighted neighborhoods. “Growing your own food,” he declares, “is like printing your own money!” Likewise, Michigan State’s Jane Taylor has designed and promoted children’s gardens for urban schools, parks, and neighborhoods as the best way to instill an appreciation for nature.

Cities also offer a splendid venue for imaginative green design. Michael Rosenzweig has articulated a vision of  “reconciliation ecology” where the built environment would be shaped to serve the needs of multiple species besides our own. It’s not hard to extend this idea in many directions. Inspiring instances can already be found in New York, where the High Line Park was created along the bed of an abandoned elevated railway and “pocket parks” have sprung up on brownfields or vacant lots along the Bronx River as well as in other neglected places. Such projects, walkable, accessible, and human-scaled, are often promoted and maintained by folks in the neighborhood. They offer an attractive alternative to more upscale and private green design, such as Stuart Rose’s Garden Atriums of Poquoson, Virginia, which most of us won’t be able to afford until economies of scale kick in.

To see how these varied possibilities can coalesce with remarkable synergy, take a look at the West Philadelphia Landscape Project. In 1986, with support from the University of Pennsylvania and the J. N. Pew Charitable Trust, Professor Anne Whiston Spirn (now at MIT) took students into a depressed neighborhood that suffered from sinking, abandoned buildings, periodic flooding, and a host of social problems. Working with local residents and school children, they mapped the buried stream responsible for the flooding and researched the residential and industrial history of the area, then developed a landscape plan that included urban gardens and storm water management along with recreational features. Students and neighbors helped with design and construction, set up a website, and began conducting tours. They attracted grant funding and media attention; President Clinton came and spoke at the school. The community experienced a renaissance. Nearly thirty years later, the project is still going strong.

So the real question is not how to bring nature back into our cities; it’s already there. It’s what makes every neighborhood, no matter how blighted, a landscape of opportunity. All we have to do is wake up and embrace the possibilities. Make ecological literacy a core value of education and reconciliation ecology a guiding principle of design. That will take us a long way toward preserving the world through an urban practice of the wild.

“These flowers were growing right through a crack in the sidewalk” by Dennis Grice. (CC BY-NC 2.0)