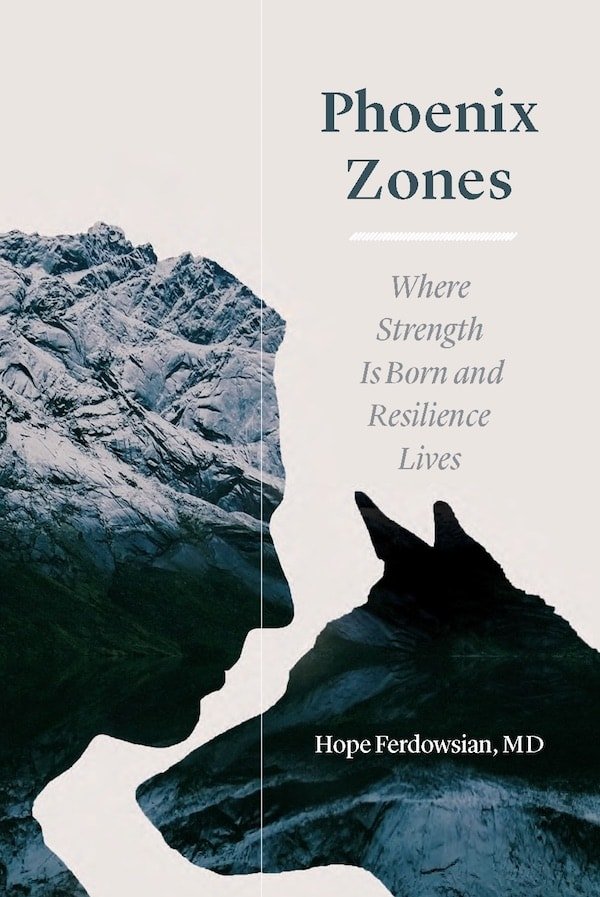 A review of Hope Ferdowsian, Phoenix Zones: Where Strength is Born and Resilience Lives (Chicago: University of Chicago Press, 2018).

To be a body is to be vulnerable. Perhaps no one is more qualified to speak about this than a doctor, whose very work focuses on understanding the variation of human vulnerability. In Phoenix Zones, Hope Ferdowsian, M.D., is principally concerned with eliminating a common and terrifying threat to vulnerability: human violence. Phoenix zones is an expansion of the medical term for trauma healing, “phoenix effect,” which references the mythical bird that rises from the ashes of her own destruction. As a physician and researcher, Ferdowsian evaluates and treats survivors of torture and sexual violence. In addition to her clinical and human rights work, she advocates for animal well-being and shapes policy to protect and promote health for the most vulnerable.

Ferdowsian’s voice echoes those of ethologist and compassionate conservationist Jane Goodall, whose pioneering scientific work documented the complex lives of other animals, and Paul Farmer, the anthropologist and physician who changed public health interventions by conceptualizing structural violence to describe the way in which societal structures create and perpetuate morbidity and mortality for marginalized individuals. Phoenix Zones broadens the application of structural violence to include the burden of suffering placed upon other animals. Ferdowsian draws from compassionate conservation in her attention to individual suffering. But her investigation goes beyond patterns of violence experienced by humans and other animals; in so doing, she documents how all animals share the capacity to resiliently return to health supported by principles that counteract structural violence.

The principles detailed in the book support a theory of phoenix zones—a framework for stemming violence. The phoenix zone principles are abstract, and it is difficult to imagine how they might be put to practical use. Frameworks like these, which align with Western and academic approaches, have largely failed to enact the sort of revolutionary, culture-scale change Ferdowsian seeks. Yet in the process of developing this theory, Ferdowsian illuminates the ways in which human suffering is animal suffering, advancing the case for an understanding of humans as animals.

The book opens with the story of Mary Ellen, the first child in the United States to receive legal protection from violence. It was the American Society for the Prevention of Cruelty to Animals (ASPCA) founder Henry Bergh who made the case that, “The child is an animal. If there is no justice for it as a human being, it shall at least have the rights of the cur in the street”(3).

Many readers will be surprised to learn that US legal frameworks for protecting the vulnerable were enacted on the common experience of humans and other animals. While the ASPCA’s Henry Bergh committed his life to working on behalf of both humans and other animals, he resisted attempts to bring the two together; he felt that such a parallel would weaken the work on behalf of both. His efforts to create protection were already too far beyond the mainstream for most of his peers to accept; Ferdowsian describes how he was socially ridiculed for championing this work. And yet, what Bergh could not imagine promoting is what Ferdowsian considers essential for the eradication of violence—a worldview that acknowledges shared vulnerability. Without such a cultural shift in vision, any attempts at protections for the vulnerable are mere brushstrokes painted onto an unsafe structure. Phoenix Zones posits that only restructuring the system that facilitates acts of domination can create true, lasting protection for the vulnerable.

The shared vulnerability of humans and animals is not a new concept. Many cultures have developed complex ways of acknowledging and sustaining human interdependence with the living world.[1] Phoenix Zones does not address these often ancient, established worldviews, focusing instead upon the history of the Western, dominant culture with its worldview of separation and hierarchy.

Challenging the system of hierarchy that enables violence is the work of Phoenix Zones. In examining the danger of distinctions, Ferdowsian clarifies how violence operates, laying bare the socially embedded prejudices that facilitate conceptual separation among vulnerable populations. The epidemiological frame Ferdowsian employs in examining violence-as-pathogen reveals that domination is the vector that must be eradicated to protect the health of every vulnerable being. Just as the Anopheles mosquito needs a warm and humid habitat to transmit the malaria parasite, domination depends upon a hierarchical worldview to transmit violence. To reduce violence, we need to nurture a culture in which hierarchical ways of understanding and relating cannot take root. We need to recognize that humans and other animals suffer in the same ways. Rather than exploit, we need to value vulnerability.

This is the strongest contribution of the book. If readers are convinced that giving up the worldview that separates humans from other animals is an essential step toward reducing violence, Phoenix Zones will contribute to important cultural change. However, from the book’s structure and tone, it was unclear to me who the intended audience might be. While the subject will appeal to human rights and animal well-being advocates, the book’s organization around the principles that comprise the theory of phoenix zones may prevent non-academic readers from becoming engaged. And yet the lack of attention to coherence together with the often-casual tone of the writing made me question whether an academic audience would embrace the book. Such discordance distracted from Ferdowsian’s message of acknowledging the animality—the embodiment, mortality, passions, and vulnerability—that humans share with other species.

Ferdowsian dedicates most of the book to dismantling ideas that separate humans from other animals. She shares the stories of individuals like Julia, the pig rescued from torture in a gestation chamber who recovered at a farm sanctuary by nurturing adopted piglets. Readers learn of Rasha, the abused zoo elephant who responded with affection and gratitude when her trainer spoke gentle words in place of commonplace beatings. Elements of these other animals’ experiences parallel the human stories Ferdowsian shares. Accounts like these, alongside neurological findings, blur the distinction between human and animal in the embodied experience of vulnerability. Survival is the fundamental pursuit of biological life; this is written in our bodies. As Ferdowsian points out, “We as humans feel pain because we are animals and because it can keep us alive.”(33)

In a disturbing paradox, this shared capacity for feeling has encouraged more violence. Ferdowsian describes how scientists have long abused other animals in attempts to illuminate physical and emotional aspects of human beings. The history of animal suffering in scientific research further confirms that a worldview of humans as separate from animals is culturally rooted and, notably, related to the worldview that distinguishes mind from body, emphasizing the mind’s knowing as separate from and superior to the body’s experiencing.

Beyond violence toward all animals, Ferdowsian does not address the effects of a hierarchical worldview. I found myself wondering how abandoning a worldview of human superiority might affect our relationship to the rest of the living world. Where would Ferdowsian draw the line in defining a phoenix zone? Does it include the freedom of rivers to run? Of plants to propagate? Trees to communicate? What, exactly, is the sound of suffering? Poet and novelist Brian Doyle’s inspiration and caution comes to mind: for all we know, we do not know very much.[2] Phoenix Zones shines a light where all our knowing has not amounted to much when measured by well-being. How much science and how many stories do we need to be convinced that harm should be reduced for the health of all? How far could we extend to secure the fundamental vulnerability that unites all life? While Ferdowsian’s work does not touch upon these questions, such inquiry seems a natural extension of the worldview she advances. It is worth noting that Ferdowsian offers readers a concept for reworking the worldview of separation, a lens through which to practice viewing our interconnectivity and a way of choosing to act that values the vulnerability we share with all living beings.

A certain violence makes life possible. As living beings, we all participate in this give and take of life. When it comes to the broad world of life, we cannot remove ourselves from cycles of harm, which are cycles of life, but we can carefully reduce the harms we require for life. And we can act out of worldviews that connect rather than subjugate. To this end, Ferdowsian offers the concept of moral residual: the obligations each of us have to reduce the harms for which we are responsible.

Moral residual reminds me of the teachings of plant biologist Robin Kimmerer, who urges us to be guided by gratitude in all of our relationships.[3] Kimmerer’s philosophy grew from the worldview of her Potawatomi people. In many ways, though the ideas in Phoenix Zones are derived from Western knowledge, Ferdowsian actually points back toward more enduring, holistic ways of understanding.

The concept of moral residual is a unifying treasure that can complicate, in the best way, conversations among communities of care. Admitting that we all exchange the experience of vulnerability allows us to meet at our ideological borders as equals: animal well-being advocate and ecologist, farmer and environmentalist, vegan and hunter. How are we each participating in building a kinder, healthier world? Attending to our moral residual is one expression of gratitude, of humility, of being animal.

In Phoenix Zones, Hope Ferdowsian has made a manifesto for our animality. She shows the power and possibility in embracing the extraordinary view of ourselves as animals—animate—within a living, breathing, vulnerable world of life. Within this worldview of relatedness our actions will honor the vulnerability we share regardless of species distinction. This calls for us to attend to our animal nature for, as Ferdowsian’s book documents, our bodies are where we can experience trauma; our bodies are the places where we can find resilience; our bodies are the fertile grounds from which phoenixes can fly.

[2] B. Doyle, “On the Emotional Lives of Animals…” Book Keeping, http://fsgbookkeeping.com/on-the-emotional-lives-of-animals-brian-doyle/. Accessed April 25, 2018. 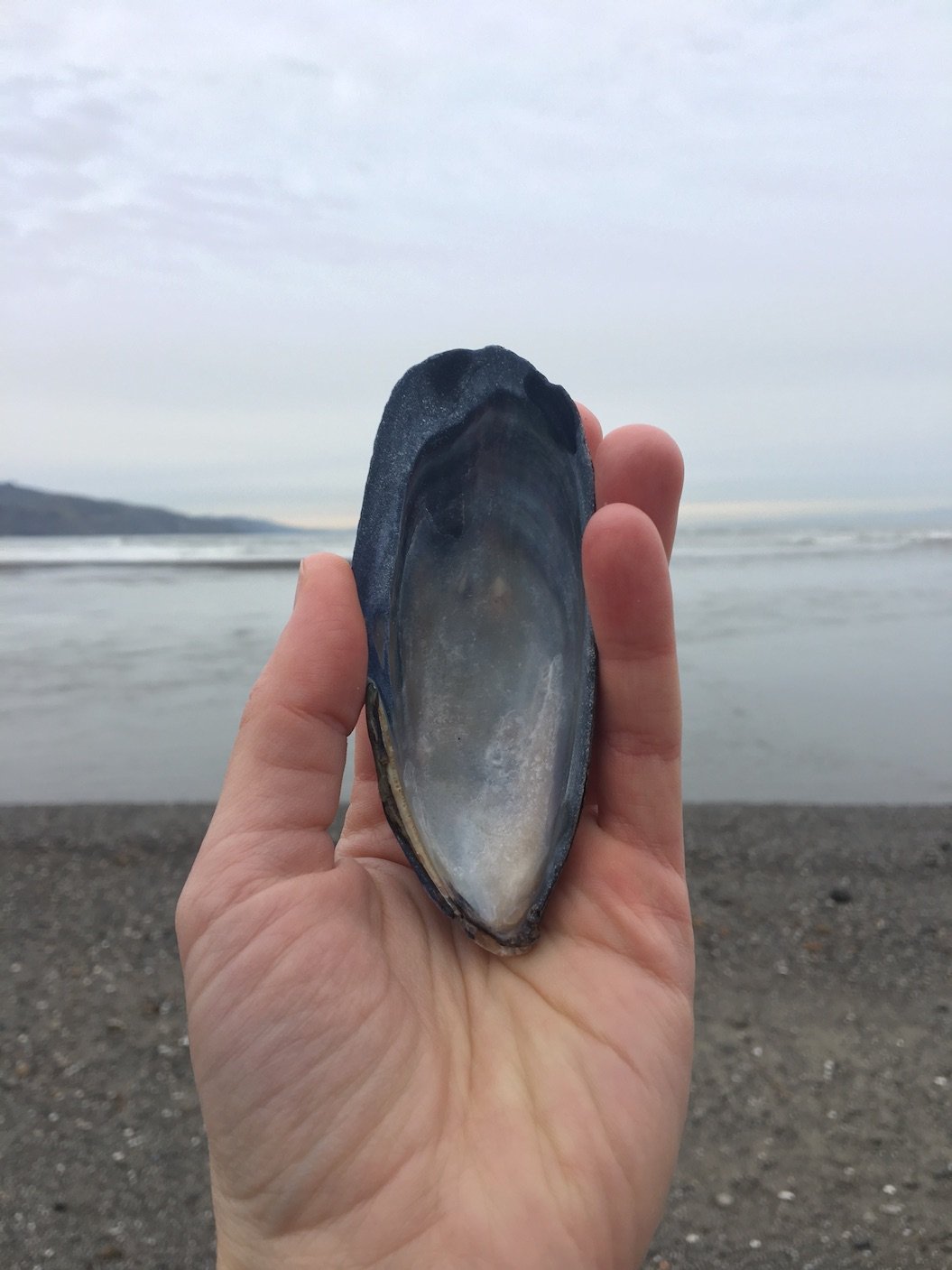 Feeling Our Way Together