When my husband, Frank, and I took off from our home in Fort Lauderdale in 1995 to drive around the country and see America’s great sights, I had no idea that I was literally embarking on my life’s mission. When we arrived in Acadia National Park and stood on top of Cadillac Mountain looking at the sun-dappled water below, I felt like someone who’d lived in an opulent mansion for years and had only seen the kitchen, then accidentally opened the door leading into the grand drawing room. The sheer beauty extending as far as my eyes could see awakened a deep feeling of spirituality, as if I were literally seeing the face of God, his handiwork untouched by human hands.

My feelings of awe and amazement deepened as we continued to Yellowstone, Yosemite, and Grand Canyon National Parks. How could this glorious world exist in my own country without my knowing about it? In eight weeks of driving around the country and discovering spectacular national parks, we saw less than a handful of Americans of African, Native, or Hispanic descent among the visitors and employees, suggesting that, like us, they may not know about the parks either. Frank and I decided that it was up to us to spread the word so that others could share in the feelings of wonder and fulfillment.

Over 18 years of activism, including organizing and leading tours to the national parks, generating features about them in everything from Black weekly newspapers to MSNBC-TV, we’ve succeeded in raising the awareness and interest of many people in the cities. But we’ve become acutely conscious that the limited relationship urban populations have with the national parks is hardly a barometer of their love and respect for nature. I have yet to visit the home or apartment of a friend in the city that does not have a garden or, at the very least, a few lovingly tended plants. State and local parks are the most popular venues for family and other reunions. Hispanics are almost stereotypically known for getting together in extended family groups for picnics and outings, and fishing is one of the most common pastimes in which urban-based men with roots in the country love to indulge.

The years spent exploring the national parks have shown us conclusively how our climate is changing, as we can see the effect it is having on natural resources. As we drive into Great Smoky Mountains National Park, it’s shocking to see the healthy forests we first admired in the ’90s dying under the assault of beetles that are able to live longer due to rising temperatures. In Sequoia National Park, we’re told that the giant sequoias that have lived more than 2,000 years are very much threatened, as they cannot survive the environment heating up around them. These changes may be less obvious to people who spend the majority of their time in cities, though recent events—such as Hurricane Sandy hitting New York City—are beginning to raise a ripple of concern. 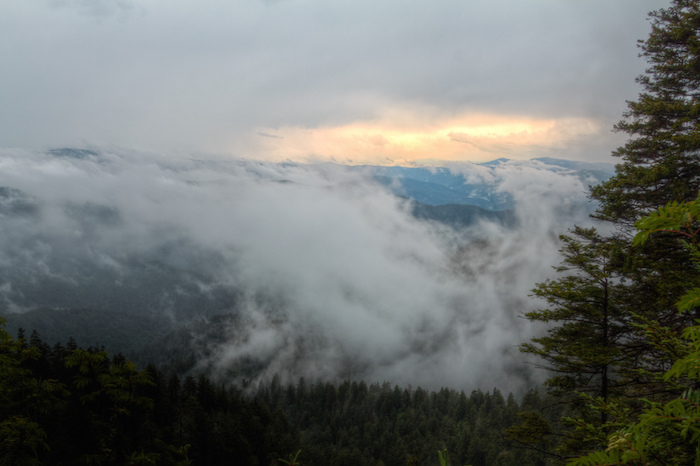 In my experience, there aren’t a lot of people in urban communities sitting around talking about the fact that nature is the life-support system of all humanity. Currently, the dominant ethic in our culture tends to the acquisition of money, “bling,” and goods associated with “the celebrities” in music, movies, and the virtual world. Urban communities are both the genesis and the ultimate consumers of these products. And herein lies a potential solution.

Urban areas are man-made creations sitting on top of places that were once natural. More than seventy-five percent of our country’s population lives in urban areas. The close proximity to each other and to goods and services provides a space where ideas germinate and expand rapidly. As people in urban areas become increasingly aware of the threats to our environment and the human contribution to the causes, they are responding in thoughtful and innovative ways to protect their self-interest.

Some examples we’ve seen include the Sustainable South Bronx initiative conceived by MacArthur Genius Award Winner Majora Carter in 2005. It not only reduced the burden of pollution in the South Bronx by resisting the establishment of another trash transfer plant, but removed decades of dumped material, resuscitated the river front and made it suitable for recreational use, and helped create sustainable jobs for community members. In Chicago, Brenda Palms Barber established the company Sweet Beginnings, which provides a way to successfully rehabilitate former prisoners and give them opportunities to connect with the natural world while creating sustainable products and generating income. In Texas, Jarid Manos’s Restoration Not Incarceration program is providing opportunities for former prisoners to discover their own self-worth as they work to rehabilitate the Texas prairie.

Others are thriving by helping their communities connect with the natural world and become advocates for conservation. In Atlanta, the group Keeping It Wild connects locals to the parks and forests in and nearby their communities. They provide opportunities for fishing, snorkeling, hiking, and white-water rafting, as well as volunteering in national parks. In Los Angeles, young Juan Martinez chose his high school’s Eco Club as an alternative to detention, planted jalapeno peppers, and joined a youth corps, which eventually took him to the Grand Teton National Park in Wyoming. Seeing stars for the first time, Juan committed himself to sharing the beauties of nature with his fellow youth, and, as a result, he was recently named a National Geographic Emerging Explorer. Serving on the Board of the Sierra Club Foundation, he is a passionate and influential speaker, and his life is an inducement to others in his millennial generation.

A key part of American life is spirituality, and Christians in particular are taking up the Biblical charge to care for creation.  I am certain that other religious doctrines include the injunction to cherish the earth. Bring all these pieces together, and we find that the “nature ethic” in urban America is deeply rooted and ready to be nurtured into radiant bloom!