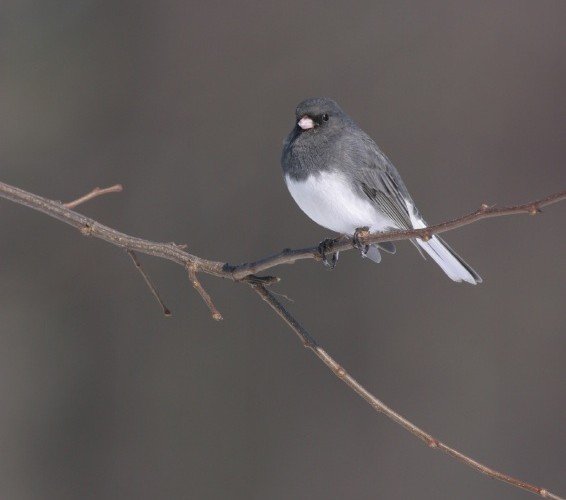 The end of October has long been my least favorite time of year. It brings the end of baseball, which has been my constant companion since spring. The end of summer is mitigated by autumn, but the end of autumn—seen out here in Chicago by chilly rains and gusting winds—offers no such consolations. October’s close exposes us to the early whims of winter, its darkness and inhospitability, while leaving us still too far from the holidays to take solace in anticipating their pleasures. I am an upbeat, even-keeled person by nature, but it’s hard not to succumb to the doldrums as autumn ends. 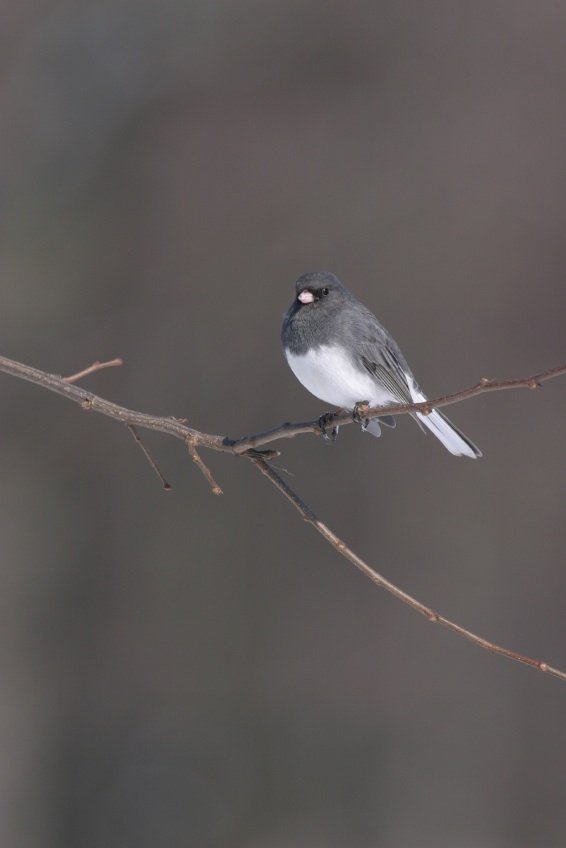 All that has changed, however, in the past few years, for one simple reason: the end of October means the return of the juncoes. A variety of sparrow, the junco is small, like the common sparrow, but strikingly different in its markings: slate-colored and dark-eyed juncoes (the kinds we see in this area of the country) are two-tone, split on a line between white undersides and blue-gray, or in some cases, more finch-like patterned brown tops. Like sparrows, they’re jumpy, sensitive birds, and when they take flight, their tails spread and reveal a beautiful flash of white.

They arrive in Chicago during their autumn migration, staying for a few weeks before continuing their journey; they return in late March or early April on their trip north. And for the past several years, a batch has been reliably feeding from our windowsill on both legs of their trip.

We live in the heart of the city, in a condominium in a century-old building. We are more fortunate than most urban birdwatchers, however, for we abut a cemetery to the west and a beautiful, semi-wild backyard garden to the north. We have only a windowsill on which to feed birds, but they have the comfort of plenty of trees and brush to retreat to when frightened (as well as the telephone lines and electric wires, which serve as a kind of park bench for birds, like our local mourning doves who use these favored perches to contemplate the world below). Even so, we attract mostly the typical scrub birds of urban life: sparrows, finches, the occasional cardinal. The juncoes, with their beauty and semi-annual reliability, feel like a special treat, a wonderful return for the small effort we make to keep the local birds fed throughout the year. 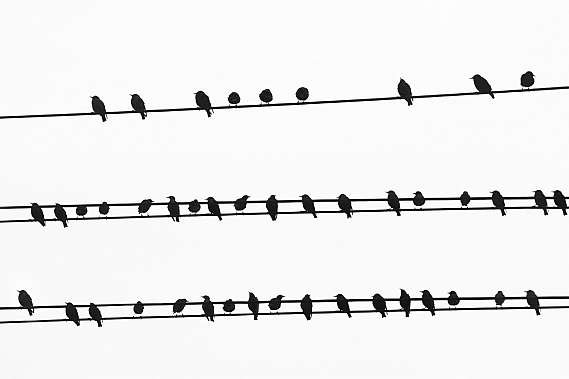 They also serve as a reminder of just how much living in a city has changed my appreciation of nature. I grew up rural, surrounded by trees and near a small woods and acres of farmland. I spent much of my childhood outdoors and loved it. Yet I didn’t really attend to nature. My parents’ birdfeeder attracts many, many more birds, and species of bird, than we’ll ever see here—but it wasn’t until I returned from living in Chicago that I really paid attention.

The same goes for other wildlife. I grew up hearing coyotes at night, but it wasn’t until we started spotting one in the cemetery behind our condo that I really watched one attentively. My wife and I marvel at the exploits of squirrels, quietly watch opossums waddle down the alley, spot raccoons slipping quietly up trees in the lakefront park at night. We look for wild rabbits silently munching grass in the vacant lot to the north, Canada geese circling the cemetery for a landing, seagulls and pigeons scrapping over discarded pizza, wood ducks floating serenely on the waves. And nearly every summer for the past dozen years, we’ve watched the nesting pair of peregrine falcons on the fire escapes of the abandoned theater across the street raise young, and, most dramatically, take them out on their first, haphazard flights.

Chicago is relatively blessed with green, as major cities go. There are street trees everywhere—at midsummer, the view north from the upper deck of Wrigley Field is of a spare but strong forest. Our lakefront extends for nearly twenty miles, and it’s dotted with both protected and casual habitats for birds and animals. There’s much more we could do, of course, but when you’ve lived here a while you can’t help but marvel at just how much life is supported by the nature that’s already around us.

The juncoes will leave soon. More sensible than Chicagoans, they’ll find warmer climes for winter. And we’ll struggle and grumble as usual through the darkness and the cold. But I know that April will find them back, and summer won’t be far behind. I’ll be waiting with a windowsill full of food.